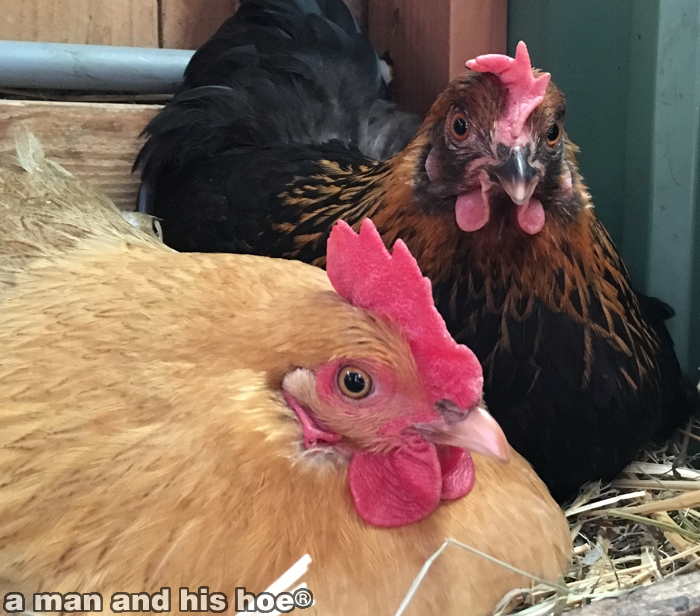 I can hear Special. She’s not in her usual nest. She’s decided to try a new nest for a change. It’s something hens often do. They get bored seeing the same things, gossiping with the same hens when they settle in a nest to lay an egg. What these two were talking about before I showed up I’ll never know. It may have been about me because they shut up the instant I appeared. 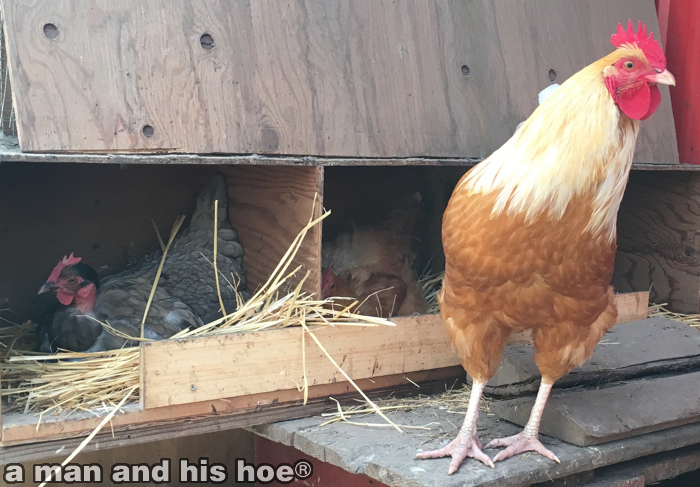 There is Special trying out a new nest, and she has a young suitor. Young roosters have it so hard. They have to sneak about and court when the older roosters are not around. Of all the young roosters who hatched last spring, only two remain, this handsome two-toned gentleman, and Billy Junior, a pure Buff Orpington, a spitting image of Billy. The rest ended up in the oven. Who lords over them? Seven year old Billy, Sven the Swedish Flower rooster, and King Richard. 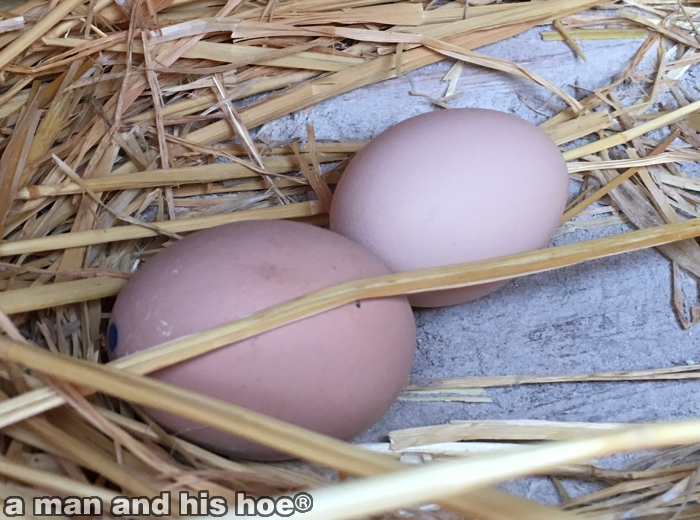 Special’s laid her egg in the new nest. It’s the smaller egg. Below is her mother, Hazel’s, two-tone egg. She’s done a great job with the shading, going from light to dark. I’m sure one of these days a hen will lay an egg with the Virgin Mary on it. If it happens, I won’t tell a soul. The last thing I want is a line of faithful adorers down the driveway, wanting to venerate the miraculous egg. 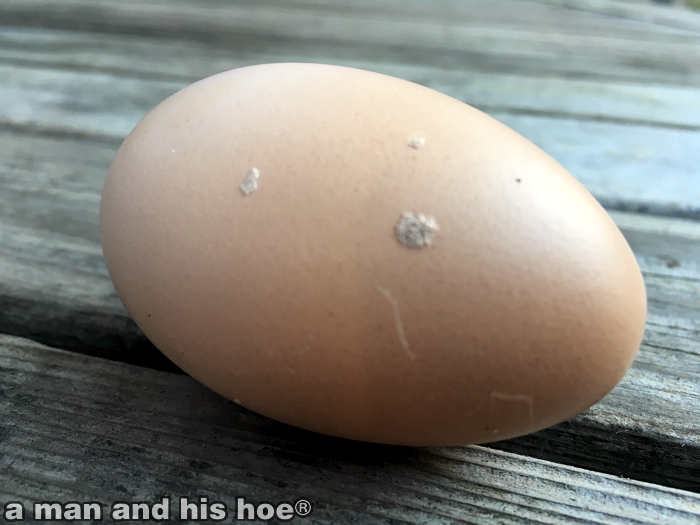