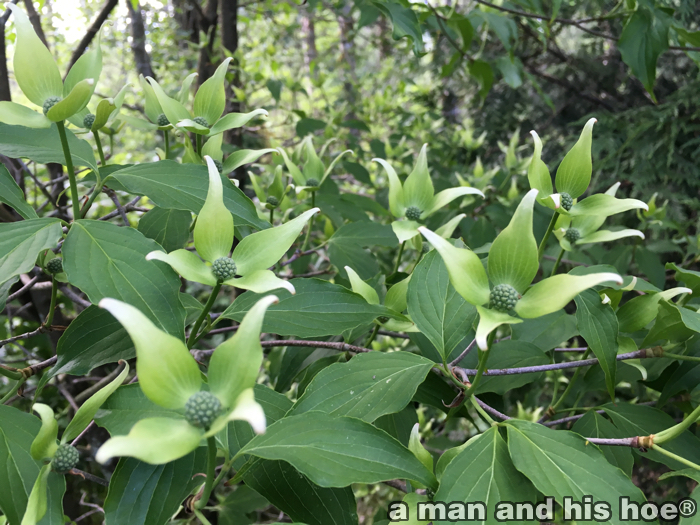 The dogwood buds look like they are ready to take flight, or burst out in a chorus. May should be called Dogwood. It should be forbidden to build a house or apartment where the residents can’t see a dogwood. If everyone had a dogwood they saw every day, the world would be a much happier place. 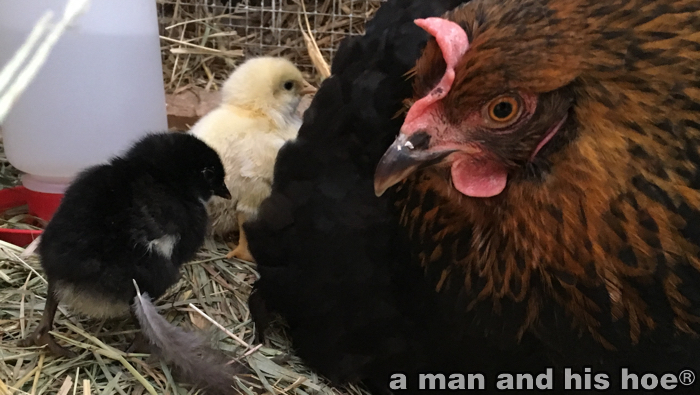 The chicks are ready to explore. Tomorrow I’ll open the door and let their mother take them on their way. She is dying to show them their first worm. Little chicks can eat worms longer than they are tall. It would be like us trying to swallow a six foot long hot dog. 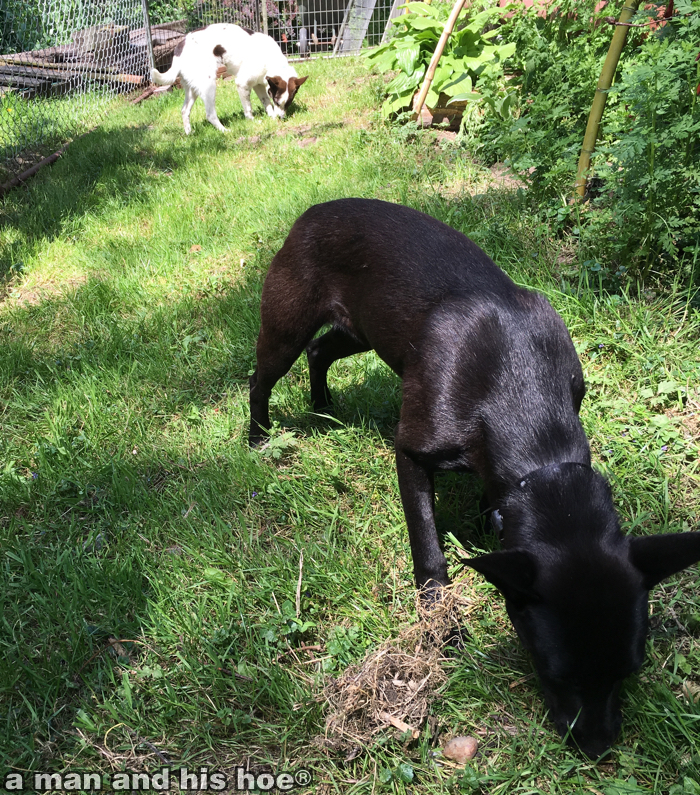 Their names are 枝那-Ena and 拓真-Takuma. Ena is the white female and Takuma the black male. They are exploring the greener areas of their expanded kennel. They have a fifty foot section which wraps around the west end of the house. 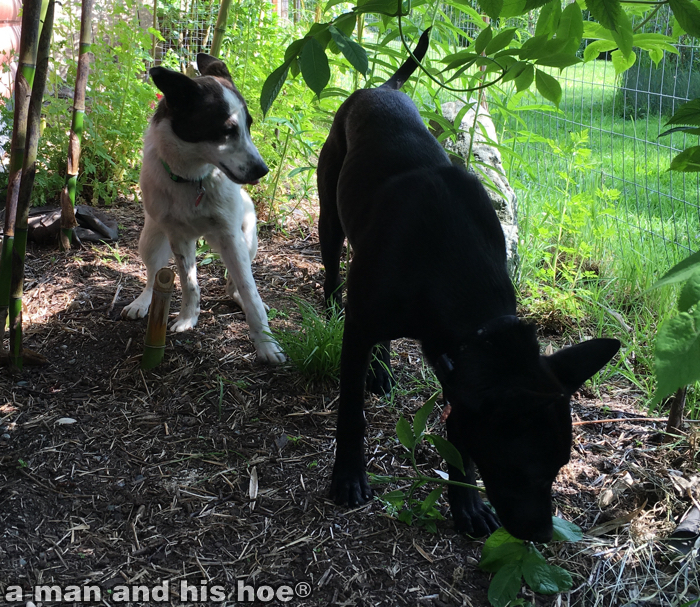 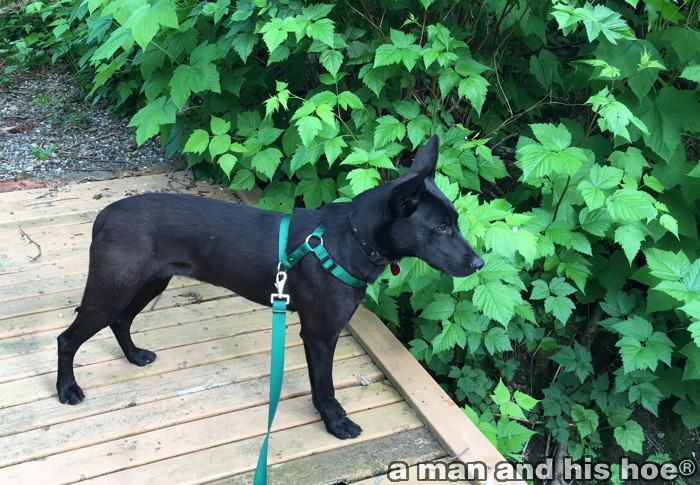 Takuma is taking in his new surroundings. He can hear the chickens rustling in the brush. Hopefully it won’t be too long before he and Ena can go chase rabbits through the woods. We’ll see if these two can outsmart the rabbits. A trick I saw many rabbits do with our previous dogs, is to run around in a tight circle in the thick brush and get our dogs spinning around the circle, following the scent. And when the dogs were sure they had it, the rabbits would make a bee line in another direction. The rabbit would be long gone by the time the dogs realized they weren’t on its tail.