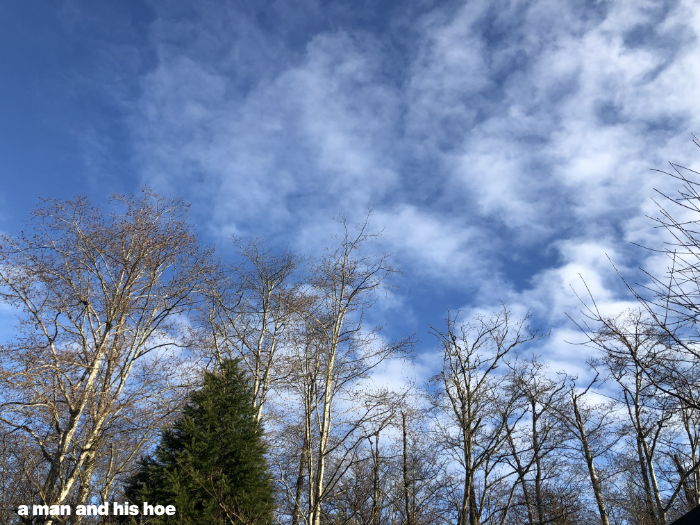 Quite a spectacular morning for late December. It’s like a brilliant spring day. 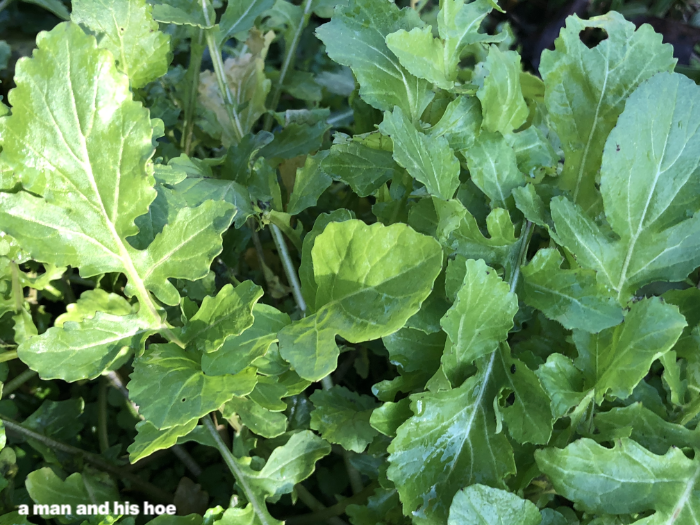 The hard frosts in October and November didn’t kill off the arugula and having a bed of fresh arugula in winter is a treat. Other hardy greens like Komatsuna 小松菜 are doing well too. A feast for this time of year. 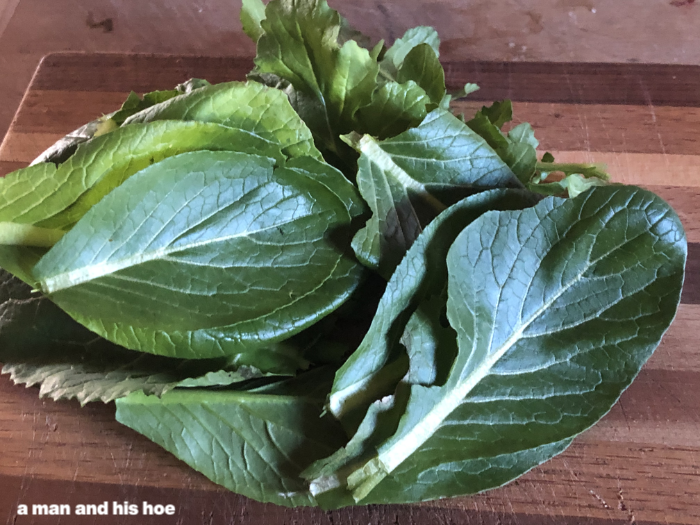 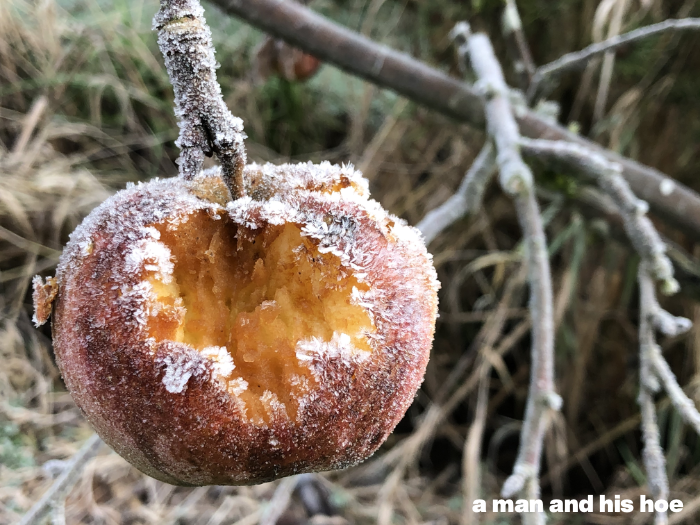 Thursday morning was frosty for a change. The Flickers, Jays, and other birds have yet to finish eating all the apples. This morning Spotted Towhees are making a breakfast of this apple.

For December, mornings have been mild. In some years, in the shade the frost doesn’t melt from day to day and accumulates to look like snow. Not this year. 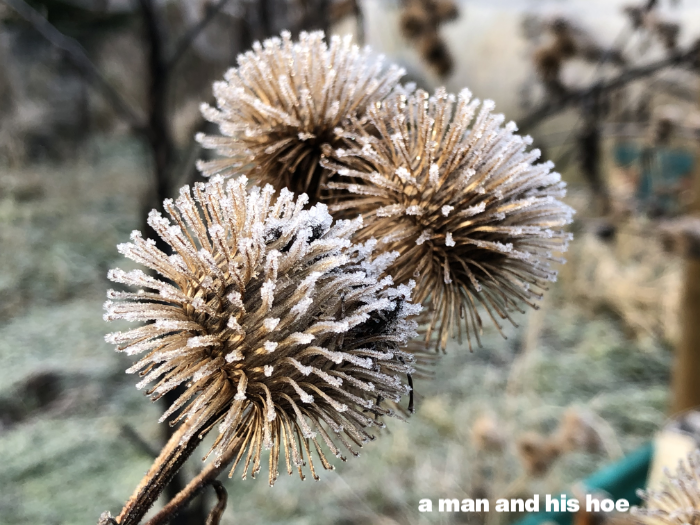 Gobo ゴボ (burdock) is worth growing for it’s spiky seed pods. They become sparkling jewels on a frosty morning. 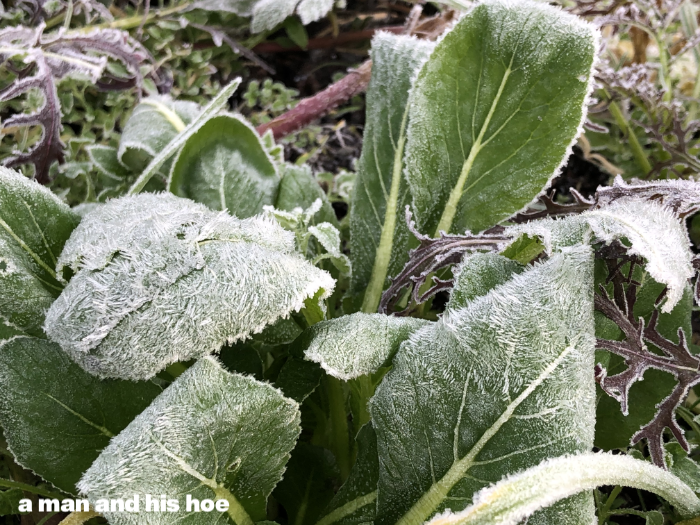 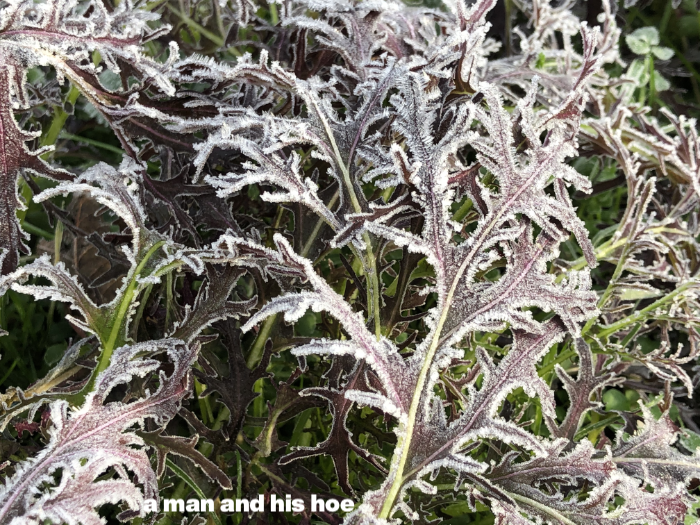 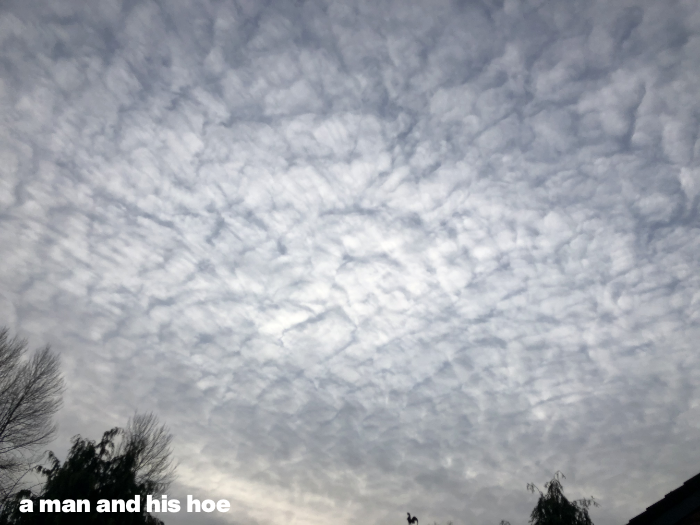 A fitting morning for the dawn after the Solstice. It does feel like the dawn of a new year and the awakening of spring. The days are no longer getting shorter. This is a day worth celebrating. The new light will breathe life back into the woods. 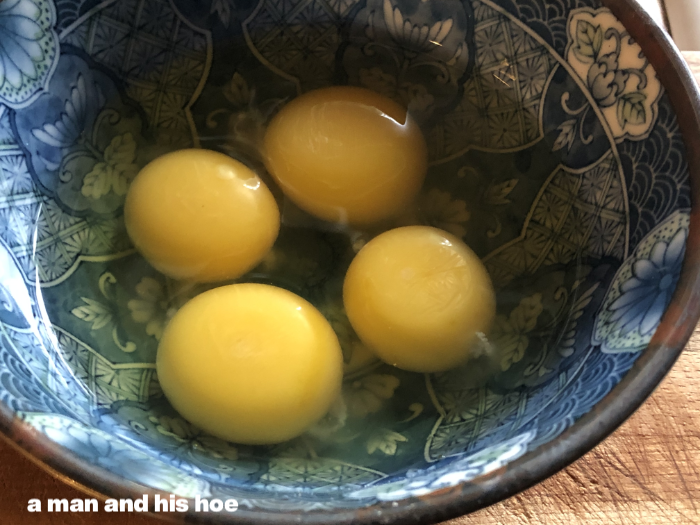 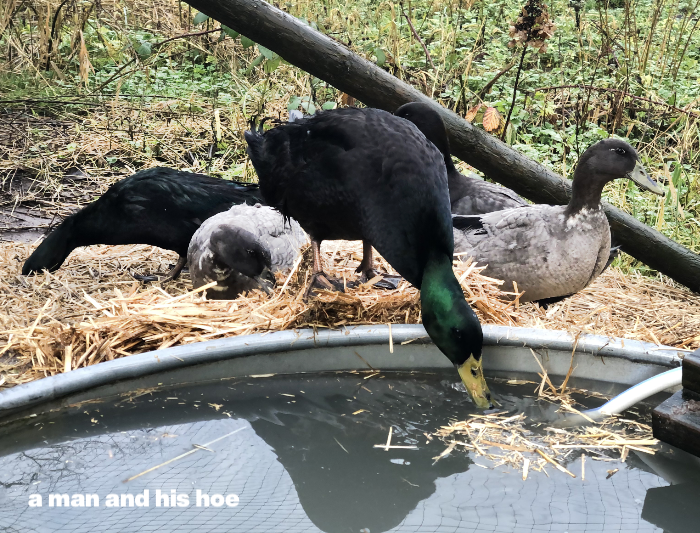 Saturday morning the garden ducks were nowhere to be seen. Their swimming tank where they spend most of the day was quiet. I found them in the hoop house. It poured rain Friday night and it must have been too wet even for the ducks. I’m guessing that is why they went into the hoop house. It is raining too much when it is too wet for ducks.

This morning, they are back out in the garden, preening themselves after a good swim. 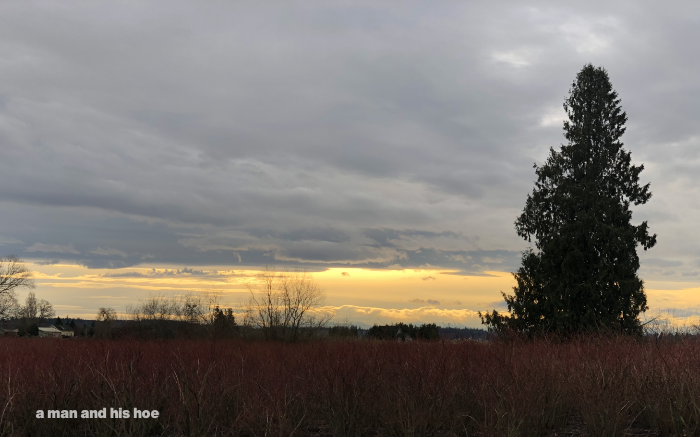 There is sunshine filling the horizon, pouring through an opening in the distant clouds. It’s not raining and for a mid December day in the Pacific Northwest, this counts as a sunny winter day. 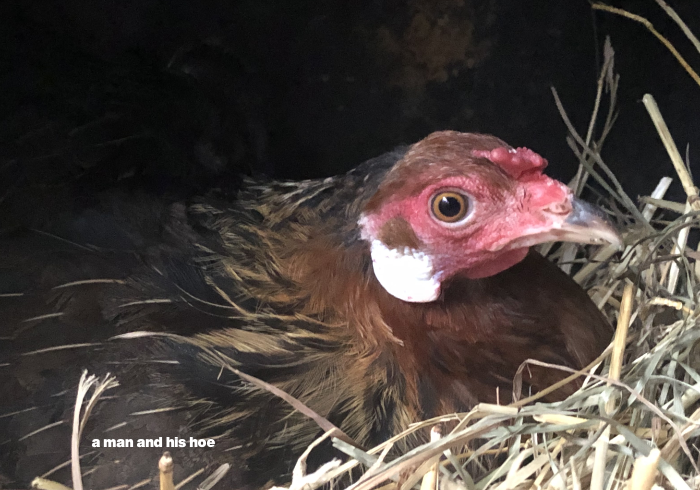 Mynah, like many of the other hens, has soul-piercing eyes, especially when she is on a nest. You can almost see her thinking, “How close do I let him get before I poke his eyes out?” 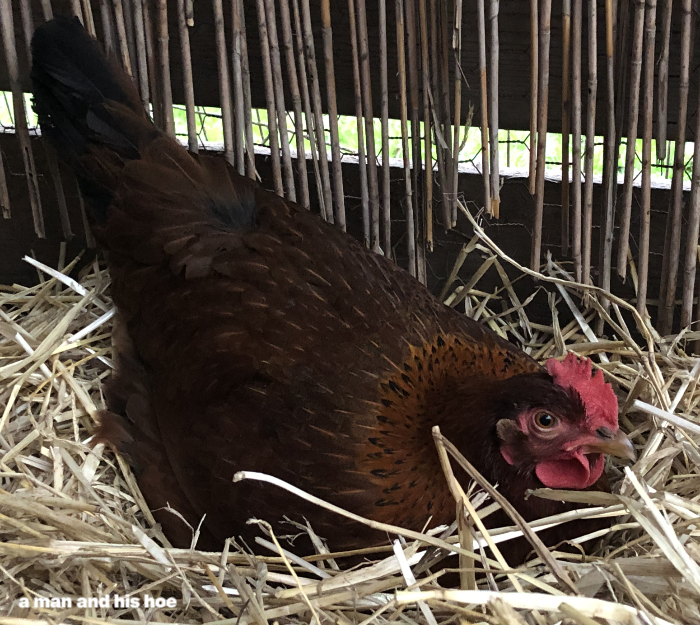 One of the Welsummer hens decided to make a nest in the straw on the ground. And below is the egg she laid. Welsummer’s lay dark eggs with black speckles. They are beautiful eggs and beautiful hens too. I’m rather enamored with them. 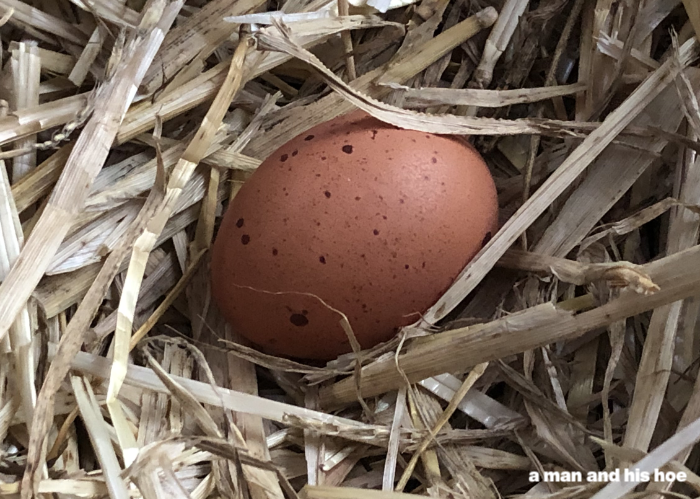 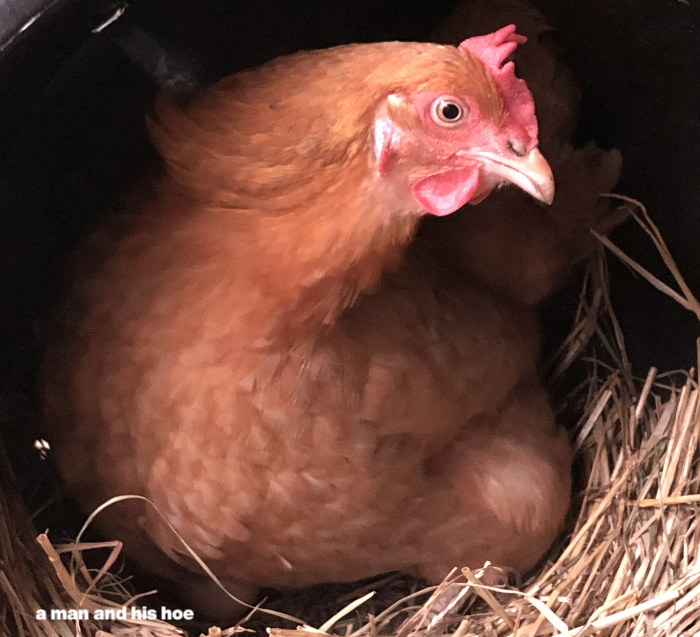 Buttercup is free of her chicks. They are all on their own and she is back to laying eggs in style. 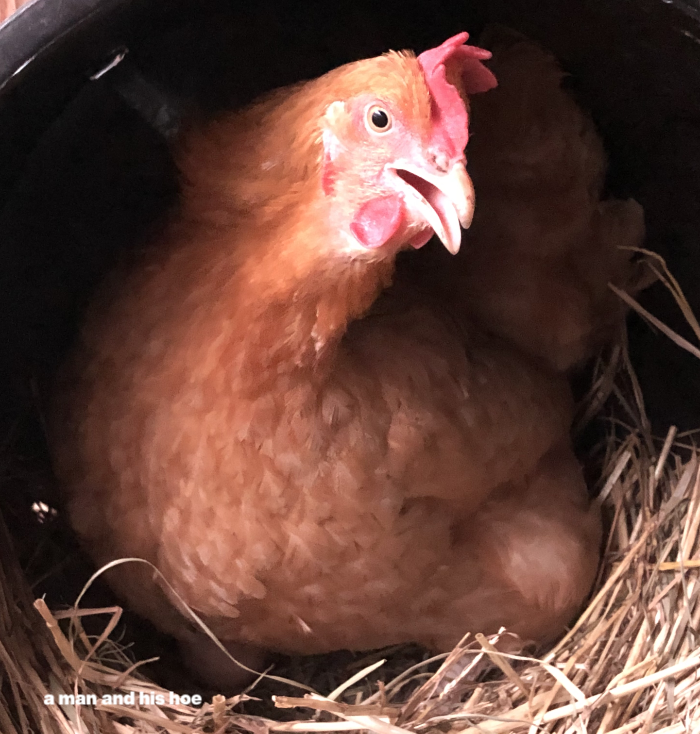 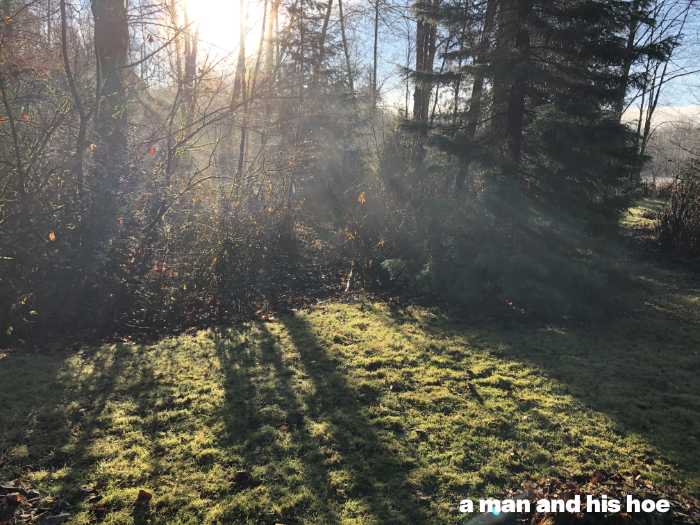 The weak December sun filters through the woods, casting long shadows. Less than a week and the shadows will shorten, the sun rays strengthen, and the chickens will get up earlier. 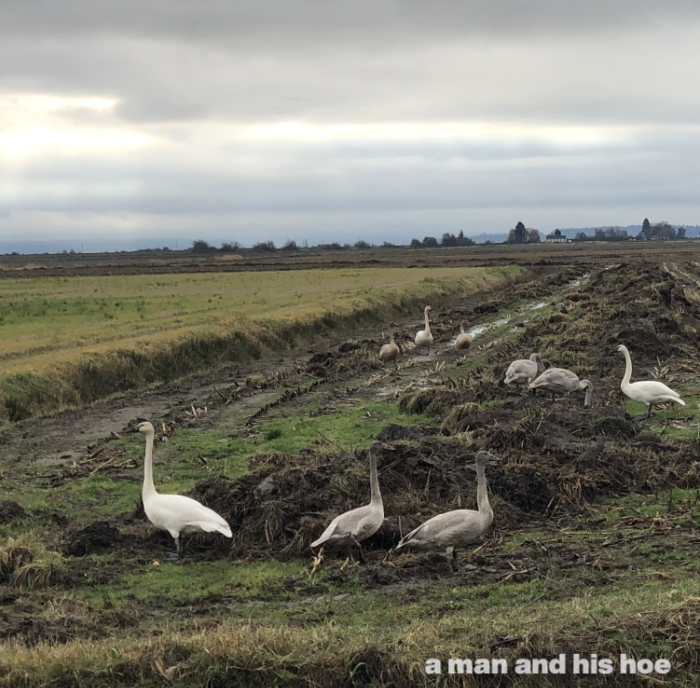 Even though Swans have an affinity for muddy fields, they somehow manage to keep their feathers snow white. Do the grey young ones impatiently wait for their feathers to become white like their parents’ feathers. With their heads so far from the rest of their bodies, I wonder what sort of out-of-body experiences swans have. In a way, they’re always looking down and seeing their bodies a long way off.

One of these years, and I will probably live to see it, the swans will return to find their wintering fields under the water of the Sammish sea. These muddy fields on Fir Island have but a few decades left before they are at the bottom of the encroaching bay.

The news today is that no agreement on reducing CO2 emissions could be made at the COP25 meetings in Madrid. Those making money on burning fossil fuels refuse to let any progress be made. The world has a strange economic system. Those getting wealthy are more addicted to their wealth than they are to the survival of their offspring. They’d rather let the seas rise and flood the homes of hundreds of millions, destroy cities, and let all of us suffer the consequences of a planet warming too fast for us and all other life to adjust. Future generations will never forgive them. They will be saying things much worse than, “OK, Boomer.” 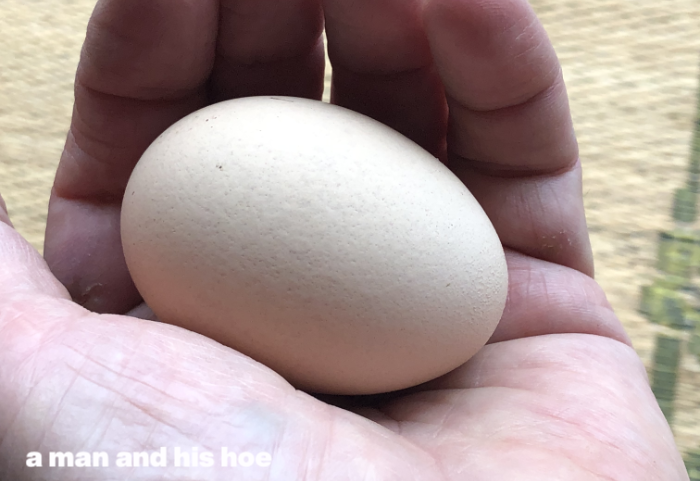 Buttercup has gone back to laying eggs after rearing her chicks. And I’m beginning to find Welsummer eggs. The Welsummer chicks I got at the end of spring are starting to lay. New Welsummer eggs are a great way to end the year. 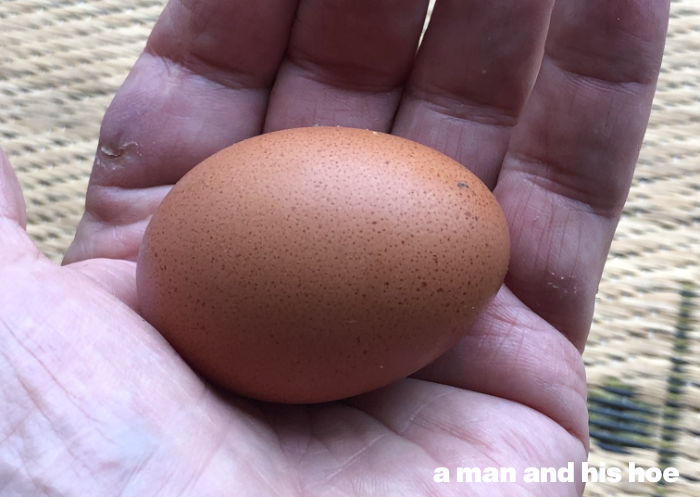 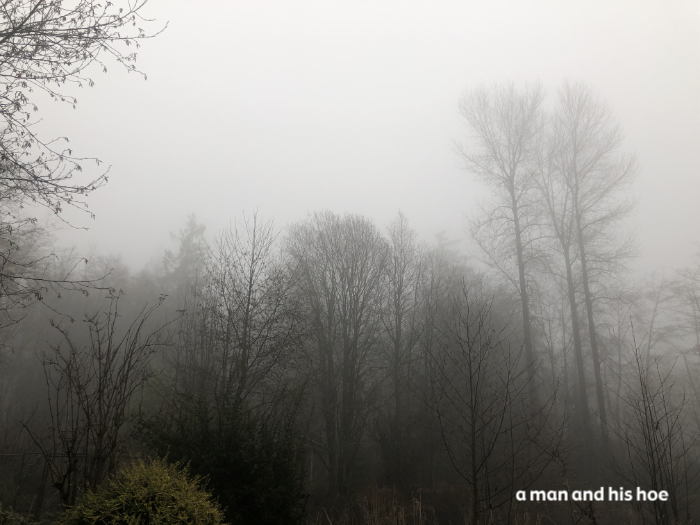 It’s a mild, foggy, winter morning. So far it has been a dry fall and winter. Usually at the end of November, wild and woolly weather has trees toppling over, rain falling like sheets, and rivers overflowing. Some years we keep the chainsaw in the back of the car in case we need to saw our way out of the driveway. Not this year. The Skagit River is running as low as it does in late August. 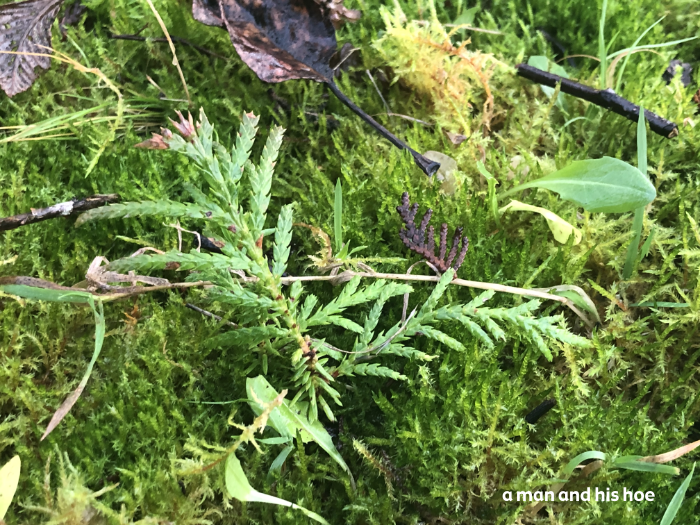 While raking leaves yesterday, I discovered cedar and fir seedlings. At this stage they are so fragile. It would take next to no effort to pluck them. A hundred years from now, it will take the most ferocious of late fall storms to topple them. Five hundred years from now, they may be the tallest trees on the planet. There is a record of a 465 foot tall Douglas Fir that was felled in 1897 in Whatcom county, a short drive from here.

It’s hard to imagine anyone wanting to cut down such a magnificent tree. If you came across such a tree, wouldn’t you be in awe and want future generations to know it too? 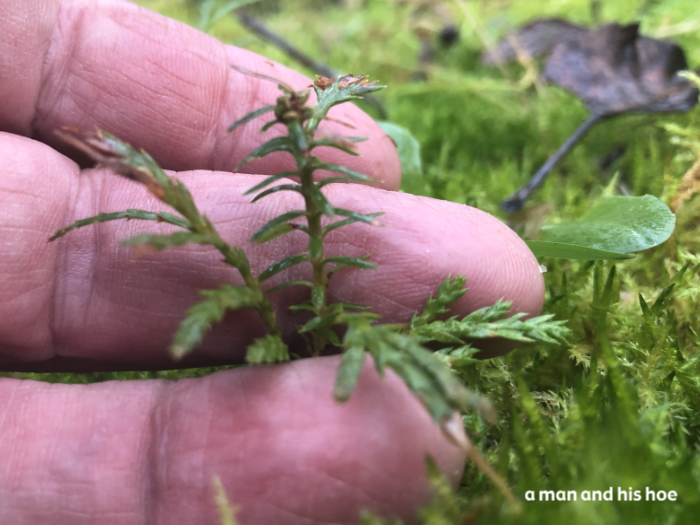 The ducks spend hours each day preening themselves. Of all the farm animals, they must know their bodies the best. It wouldn’t surprise me if they couldn’t tell me how many feathers they have. According to Ducks Unlimited, researchers counted 14,914 feathers on a pintail, 11,903 on a mallard, and 25,216 on a tundra swan, which explains why it takes the ducks so many hours a day to preen all those feathers. With 12,000 feathers to preen, you’d have to preen more than 3 feathers a second to preen them all in an hour.

Snow and her brothers often rest and sleep at the edge of the pond, their bodies half in and half out of the water. I suppose this is so they can launch themselves across the pond at any notice. A hint of danger, and they can be off, out of danger’s reach in a split second. 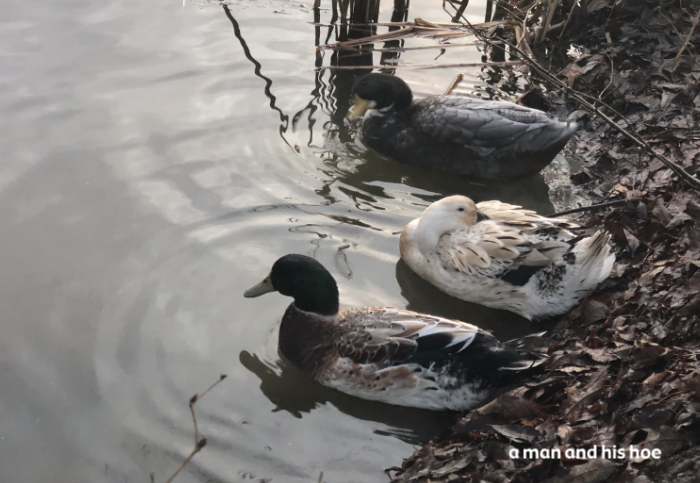 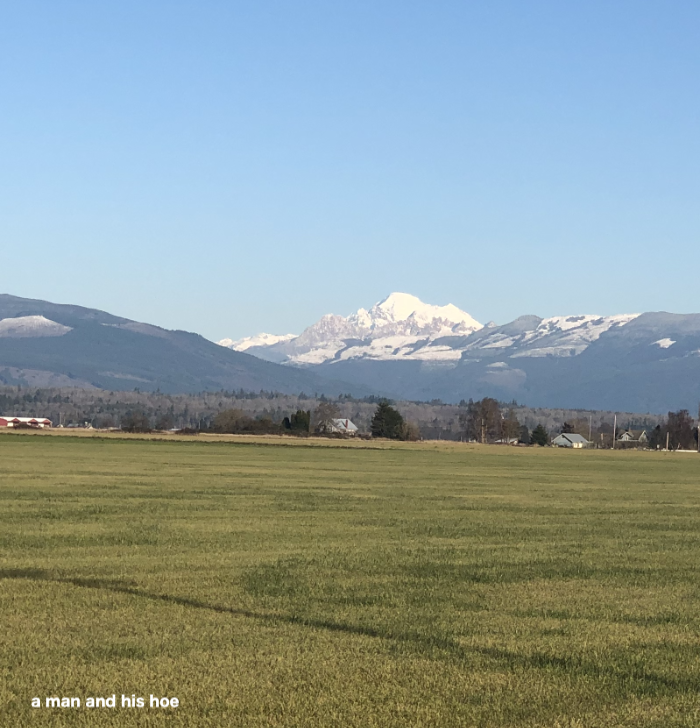 Winter has arrived in the surrounding hills. The frosty mornings make going out in the morning to let the chickens out an invigorating experience. There is something purifying about the frost. It clears the mind, it clears the air, it clears out the bugs. 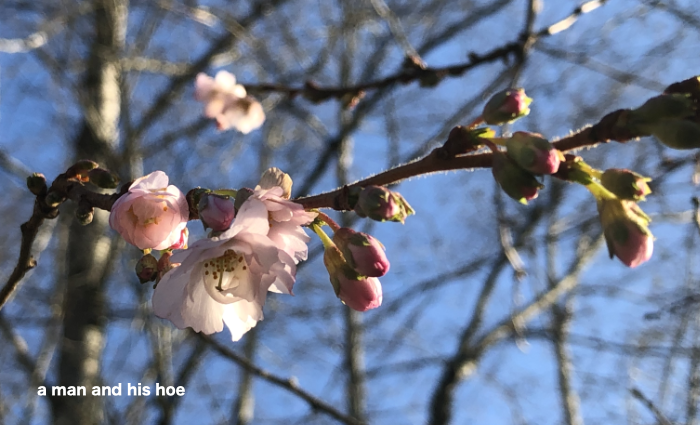 Apples left on the tree never go to waste. This morning I see four Flickers having a hearty breakfast pecking at the apples. What the Flickers leave, the Chickadees eat. What the Chickadees leave there are other birds happy to feast. So there’s no urgency in the fall to gather all the apples off the tree. 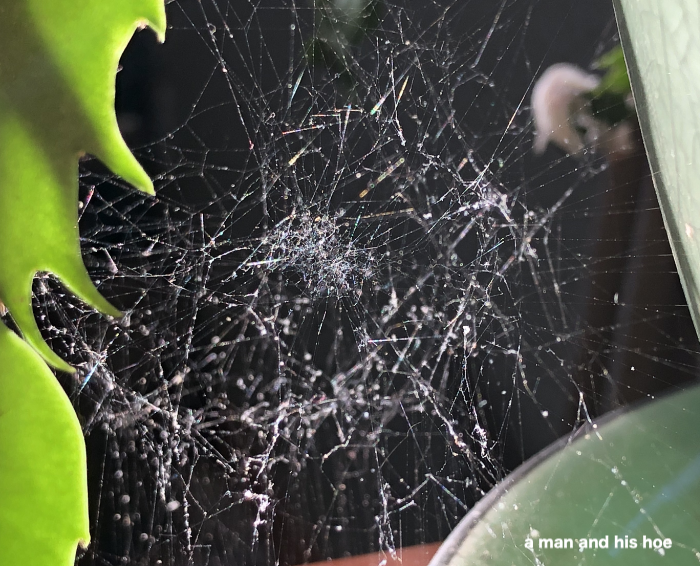 Under the leaves of a Christmas Cactus, a spider has spun a chaotic web. Try flying through that if you’re a fly. It makes you think the spider closed its eyes when making the web, and let its impulses direct it here and there. But a spider can’t close its eyes. For this spider, chaos must work. 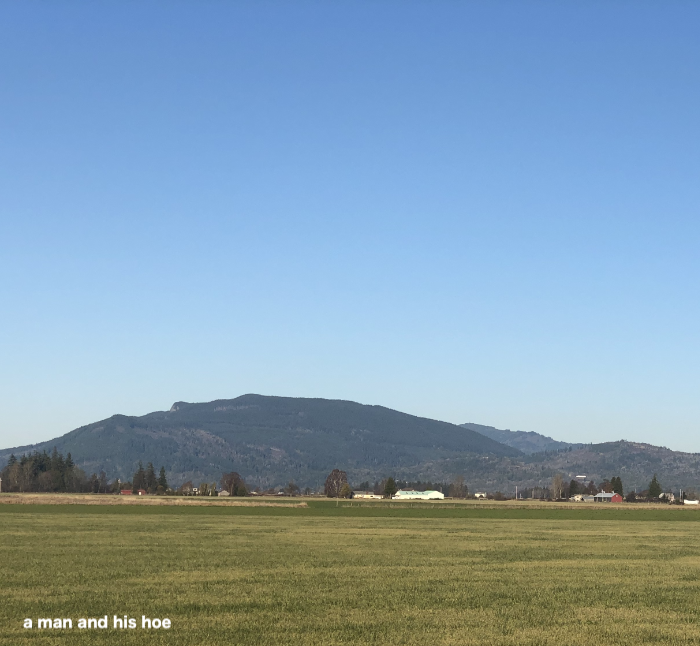