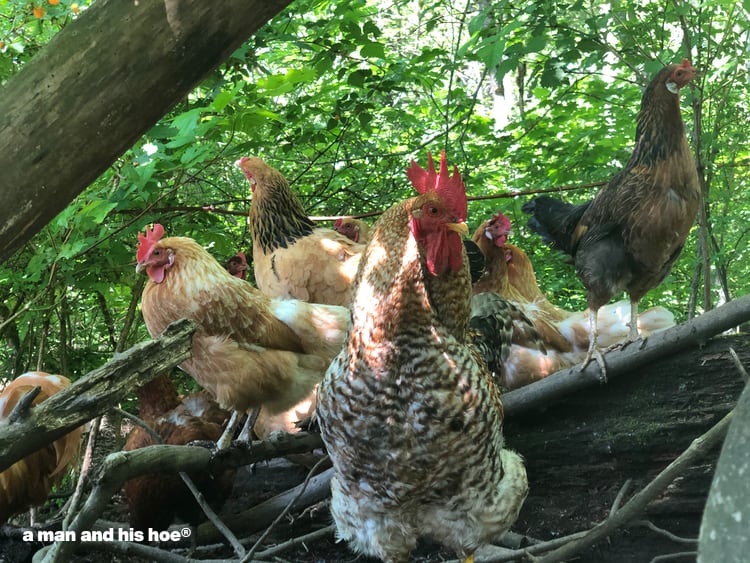 The roosters and hens enjoy this spot in the woods. There is a fallen log for them to stand on and take in the surroundings. 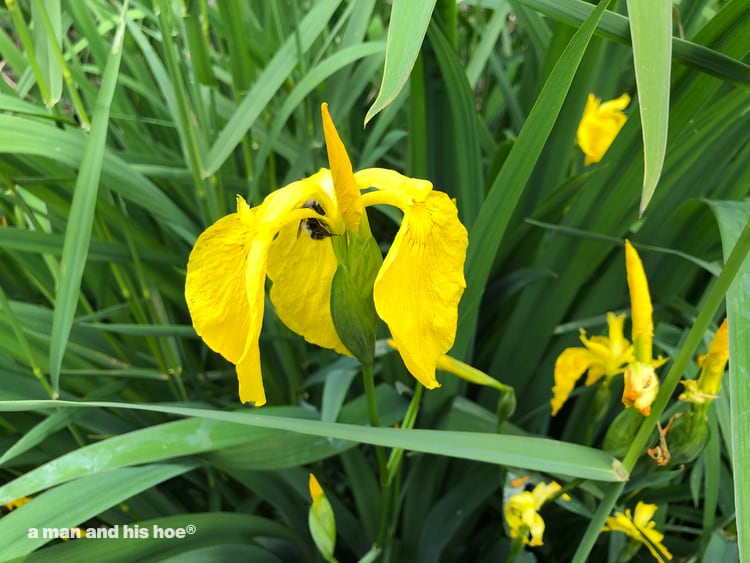 The yellow iris in the stream are in bloom. The bees love them. It must be nice to have flowers be your source of food. May is oscillating between cool and warm, rainy and sunny. For the bees it is dashing from one flower to the next, all day long. 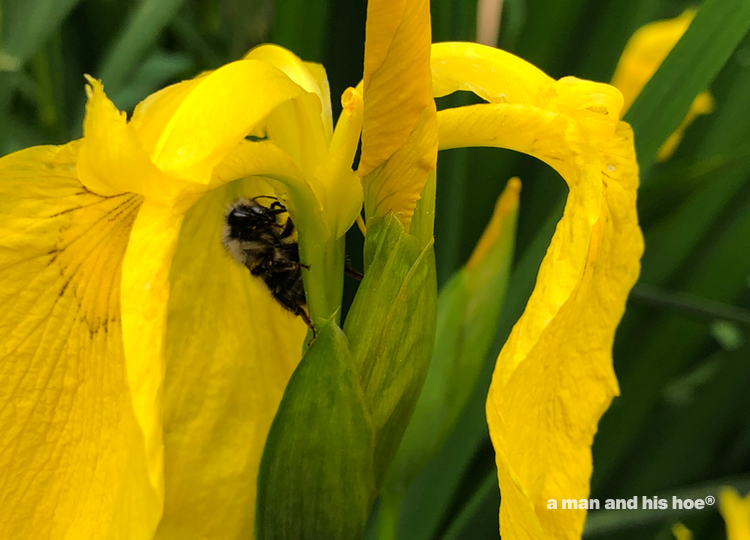 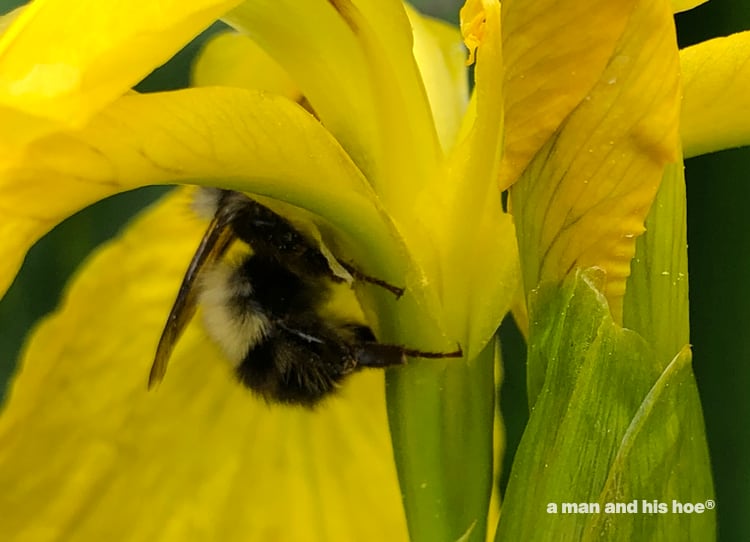 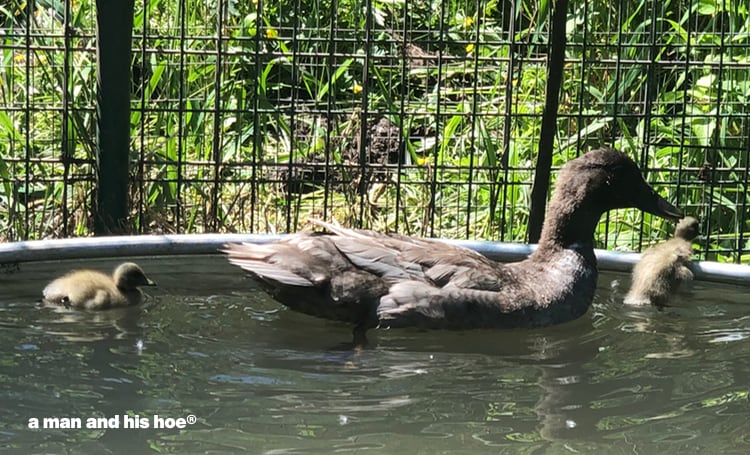 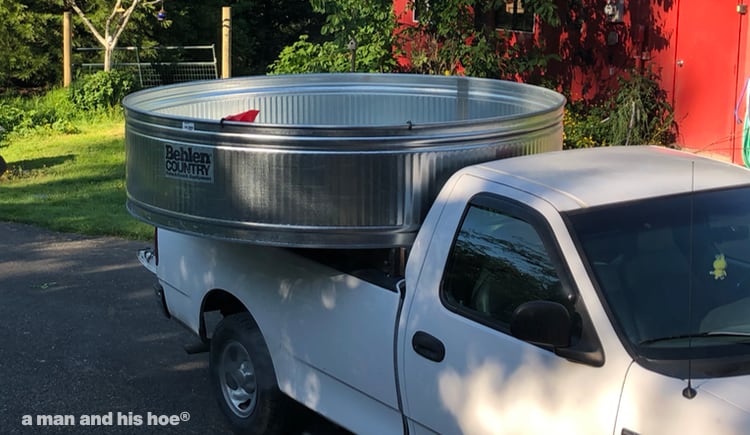 Pond upgrade. It was time to upgrade the tank I had for the garden ducks. The 4.5 foot water tank I had for them was too small. I realized this after moving some of the ducks to our pond. Ducks love swimming, paddling, bobbing about on water.

Hauling back an eight foot tank on the truck was harrowing. I strapped it down securely. Still, I was terrified a gust of wind would send it flying and hitting vehicles behind me. I pictured myself spending years in prison for reckless endangerment. Possibly even manslaughter for the deaths the flying tank caused when it smashed into a windshield behind me. But I made it home in one piece.

It took half a day to empty the old tank, roll it out, dig a hole for the new tank, get it in place, add the ramps up to it, and fill it up.

But all the effort was worth it. You wouldn’t think going from 4.5 feet across to 8 feet across would make a difference, but area wise, the tank is three times the space as the old one.

Immediately, I noticed that the ducks swim differently in the larger tank. They are far more relaxed. They love the ramps and spend a lot of time on them preening their feathers after a good swim. The pond upgrade turned out better than I imagined. 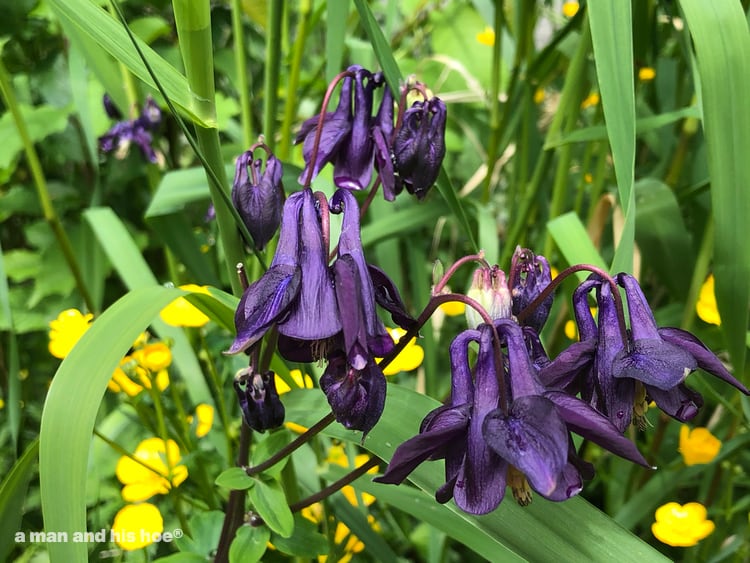 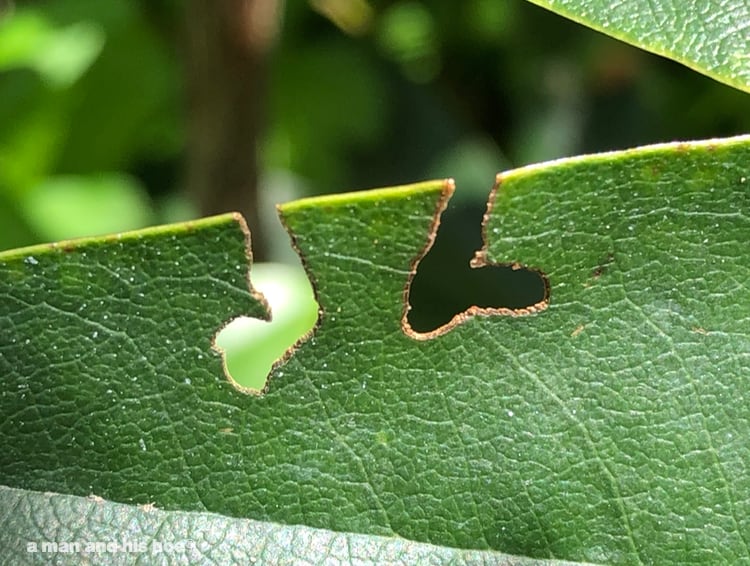 I’m sure whatever bug made these carvings in a rhododendron leave had no intention of creating a piece of art. But it did. It looks like a pair of dancing feet cut out of the side of leaf, or some new script. Given enough caterpillars and leaves, I suppose somehow, somewhere, caterpillars have carved out a lovely poem on the leaves of some tree. 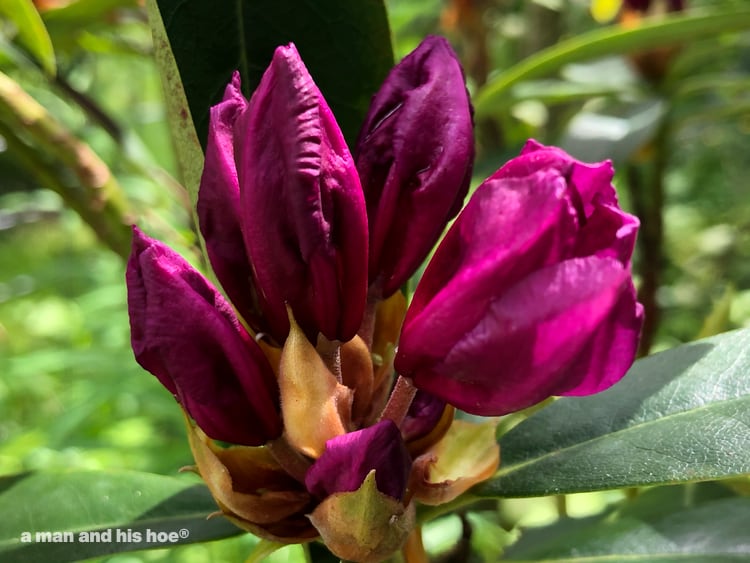 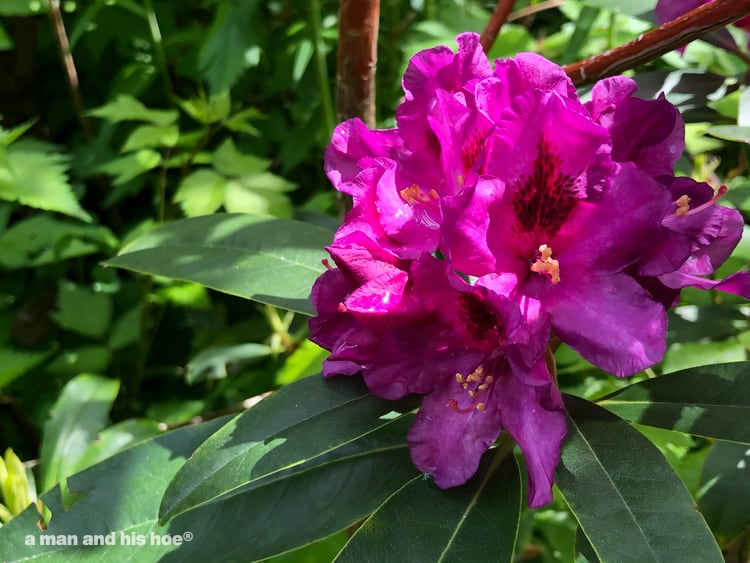 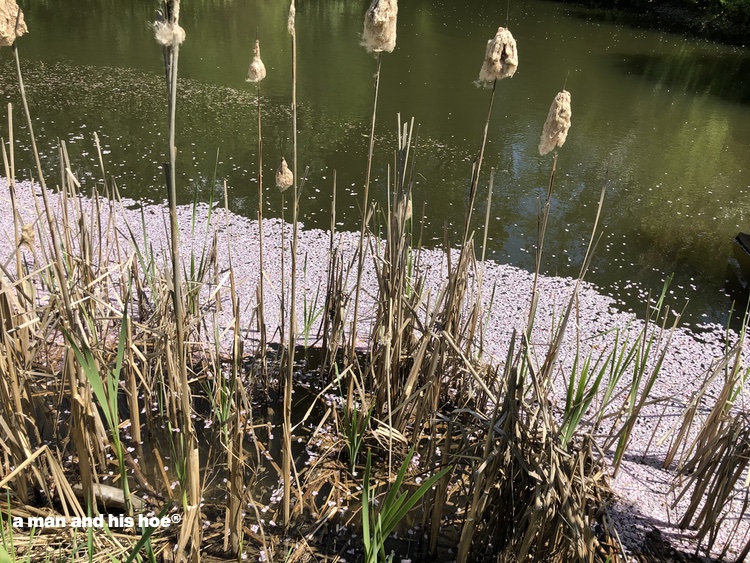 This last weekend we had a taste of summer in May. The temperature soared into the upper 70s here. Two days of mid July lost their way and showed up early, a reminder that more days like these are not far away. 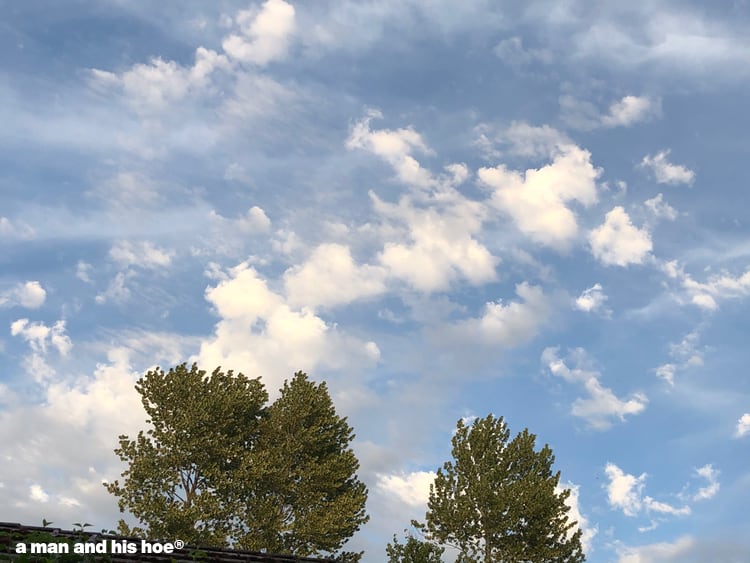 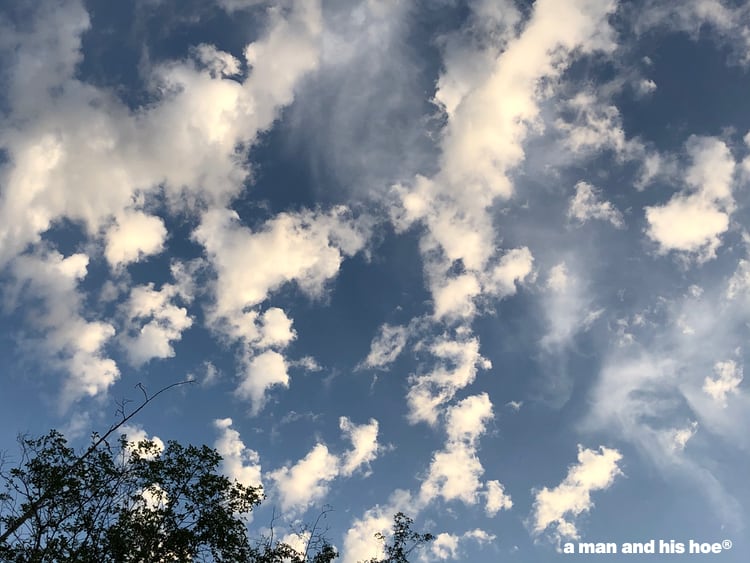 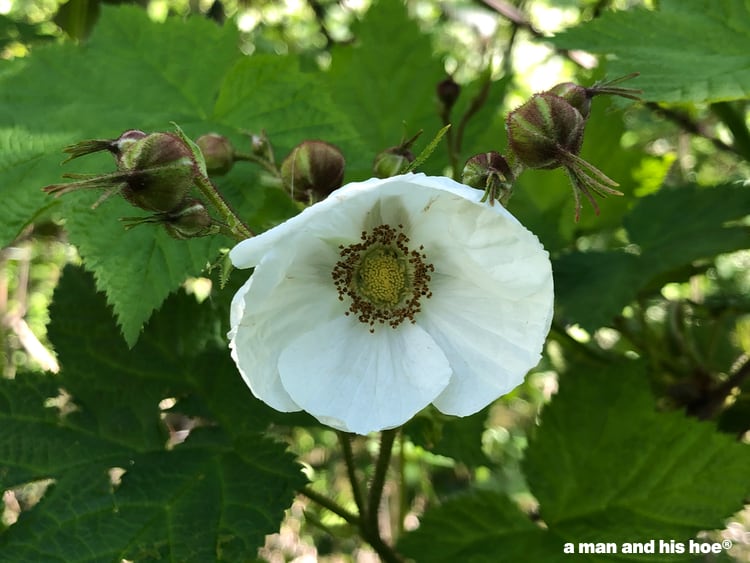 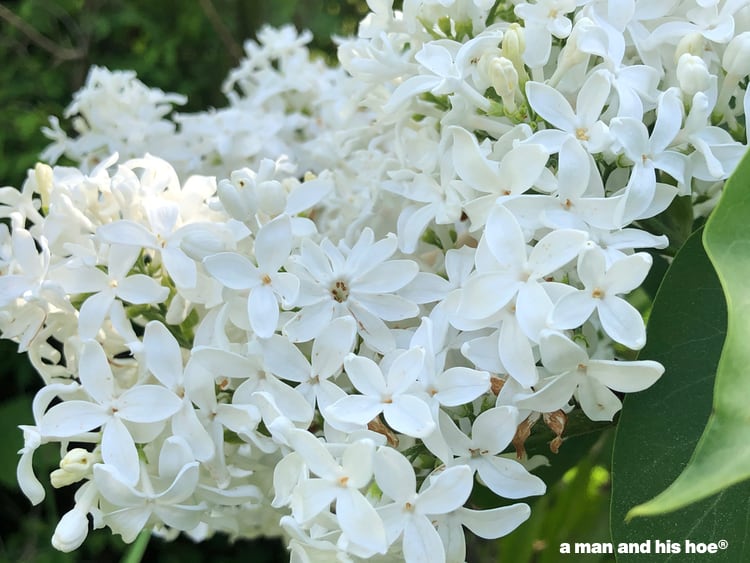 The white lilacs are perfuming the backyard. The slow growing madrona tree is putting out new leaves. The pace of growth among trees is so varied. Some aren’t content without growing many feet in a year. Others, like the madrona, are happy with adding just an inch or two. 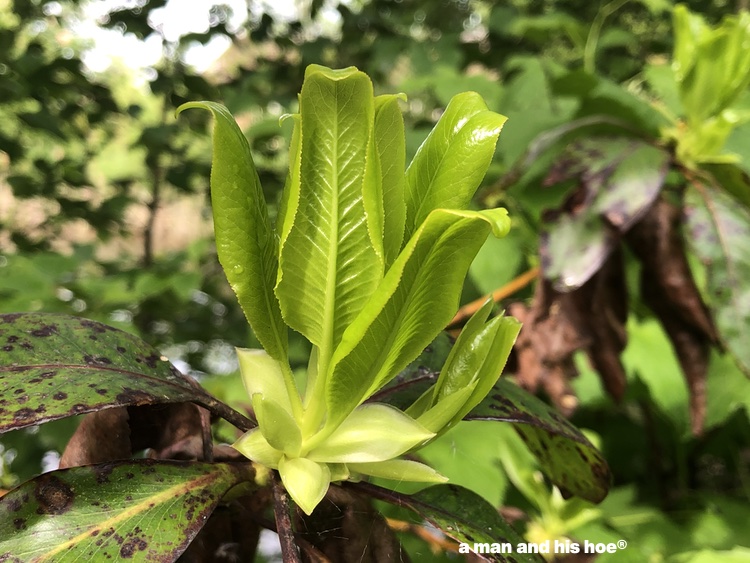 What would people be like if we never stopped growing? Nursing homes would be enormous with thirty foot ceilings, twenty foot long beds. Imagine five and six feet tall people herding twenty foot tall giants with dementia into a dining room. The toilets would be so large you’d need a stepladder to clean them. 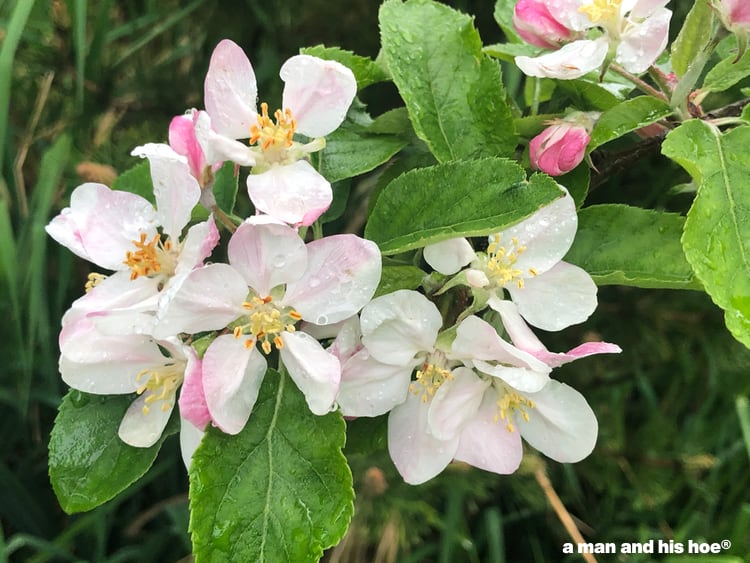 Apple blossoms are so beautiful. It’s a good thing all the fruit trees don’t bloom at the same time. There would be too much beauty to take in all at once. 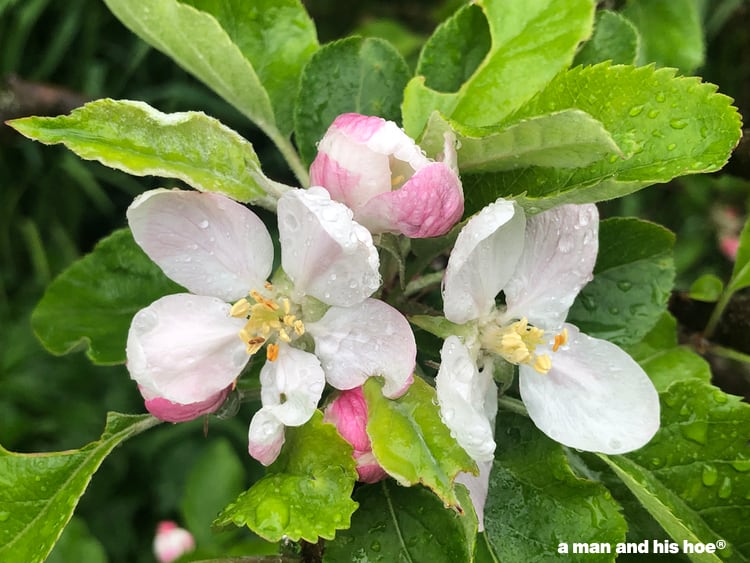 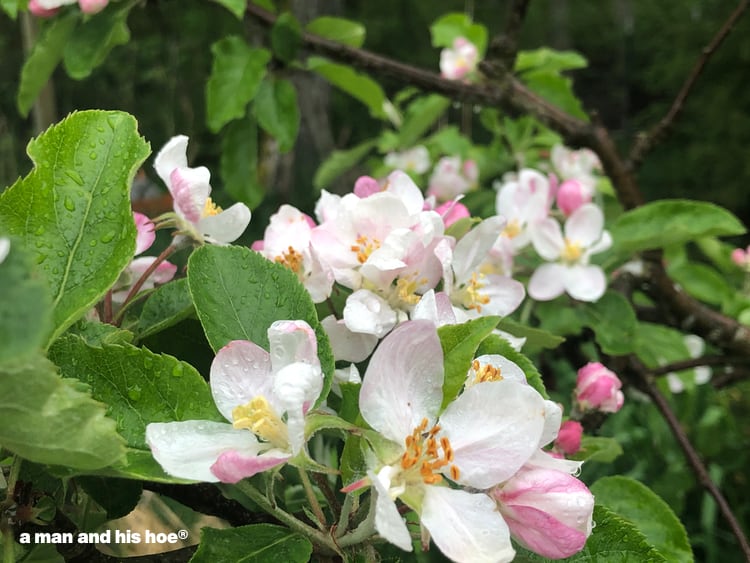 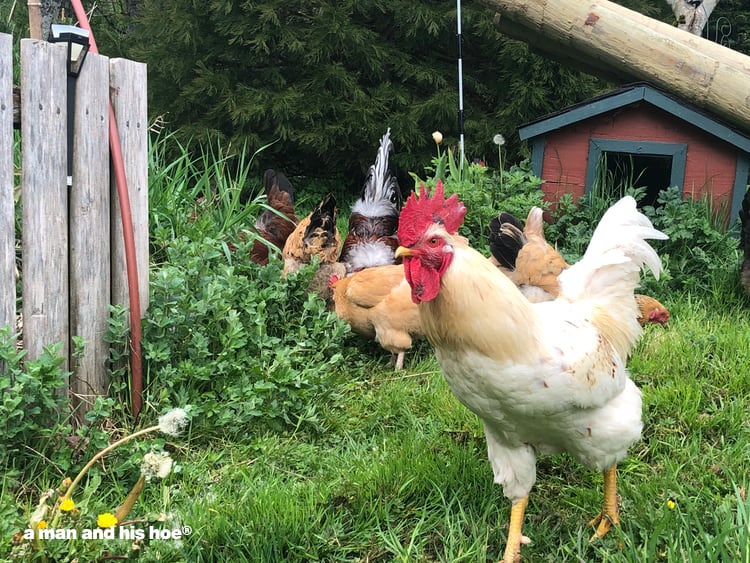 The chickens are having a riotous time with the new spring vegetation. For them, the grass can’t be too tall, the bushes too thick, or the bugs too many. 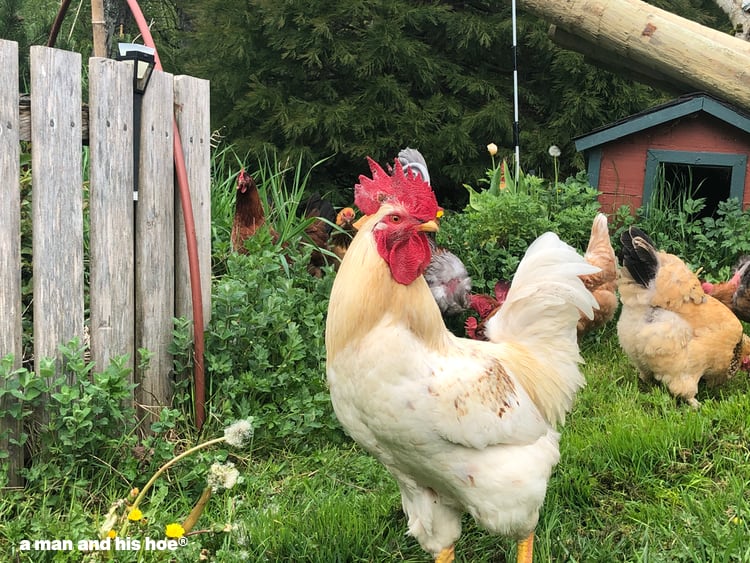 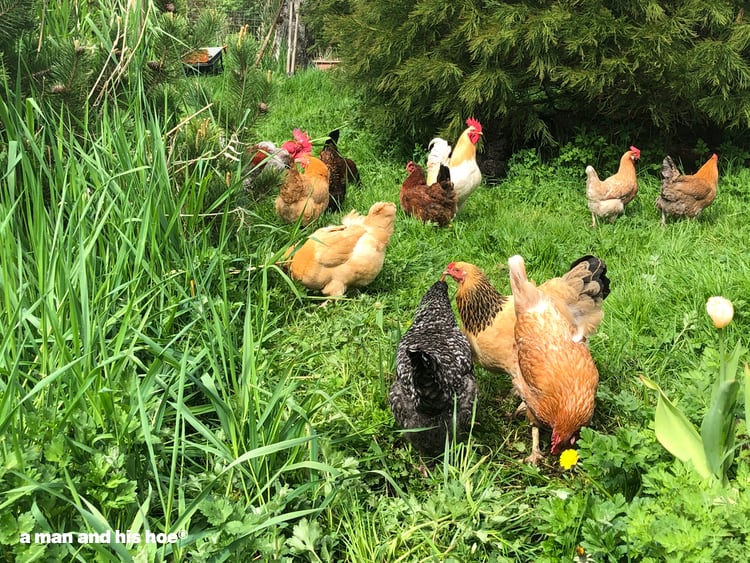 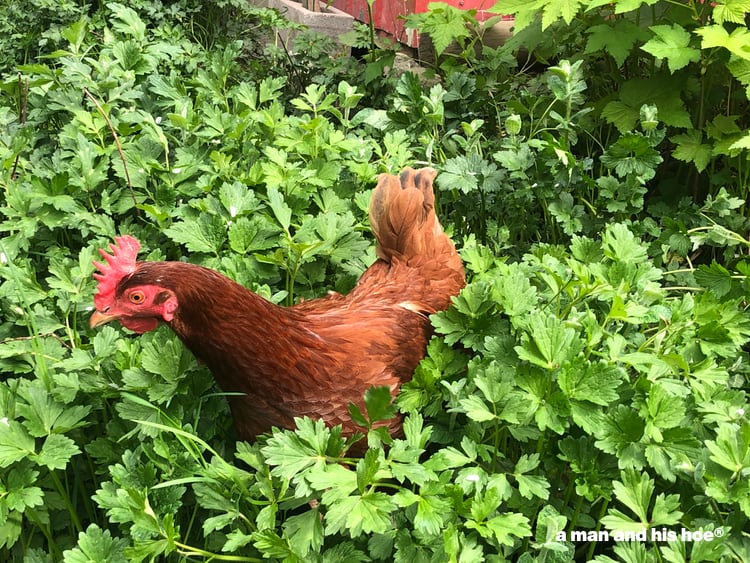 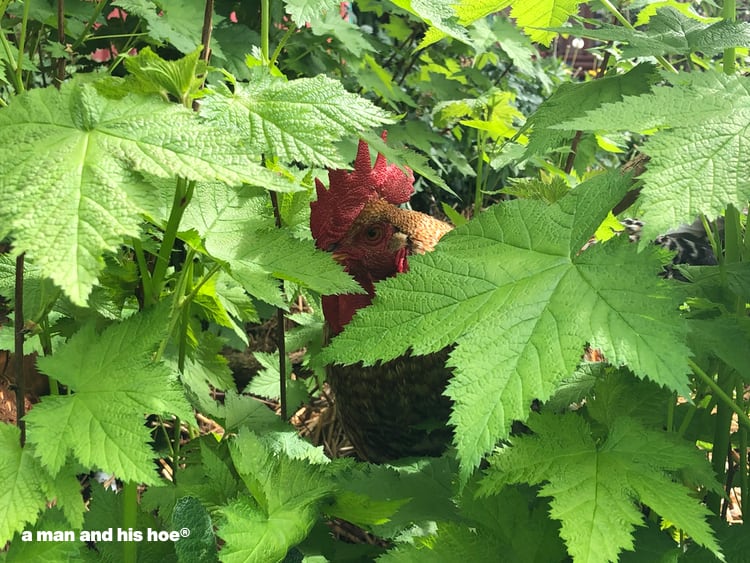 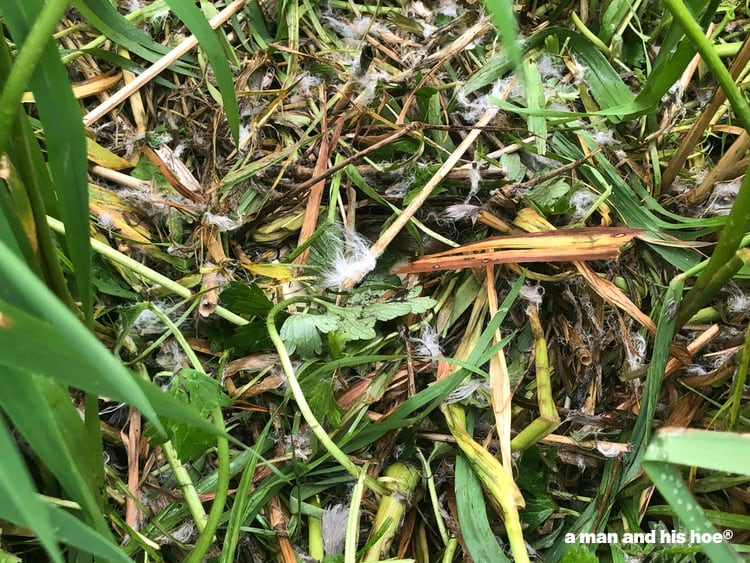 The clever thing about a duck is that each day she adds more feathers to her nest to hide it and keep the eggs warm when she leaves to eat and gossip. 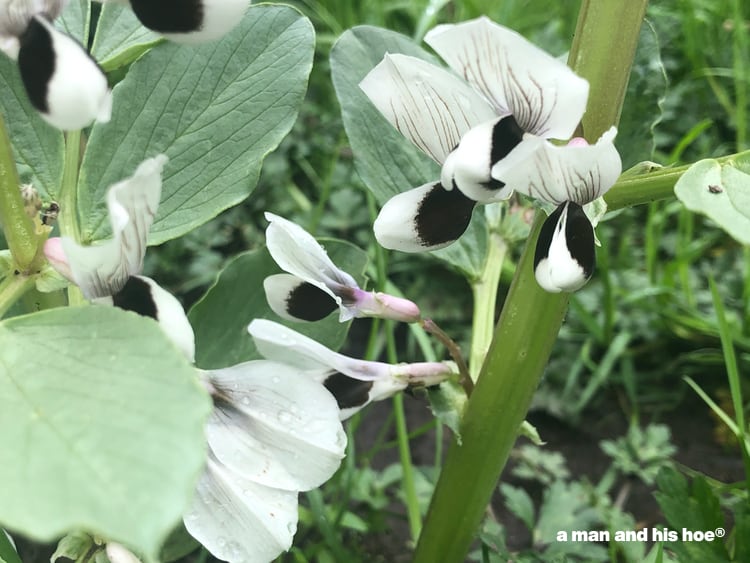 Few people imagine these gorgeous flowers when they are eating fava beans. It is just as well as the flowers would end up in vases and there would be no fava beans to be had. 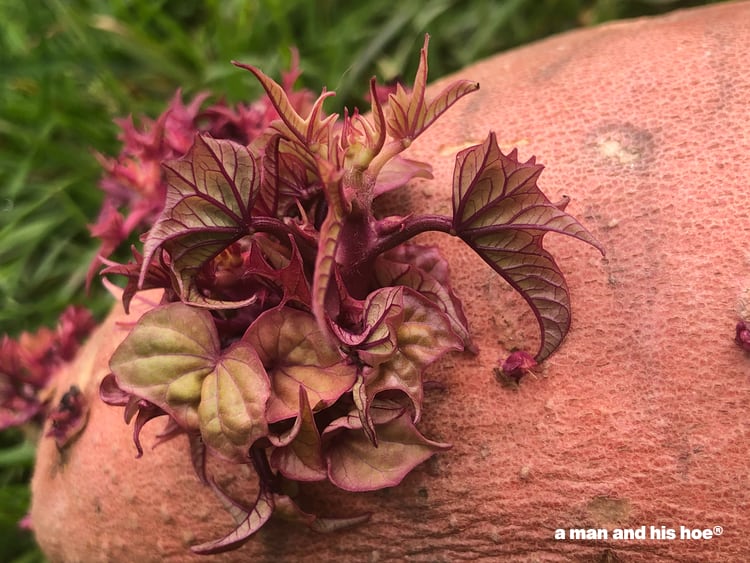 And what are these phantasmagorical shoots? They look magical. The next time you bite into a sweet potato, remember that this is how they start, as bewitching shoots.