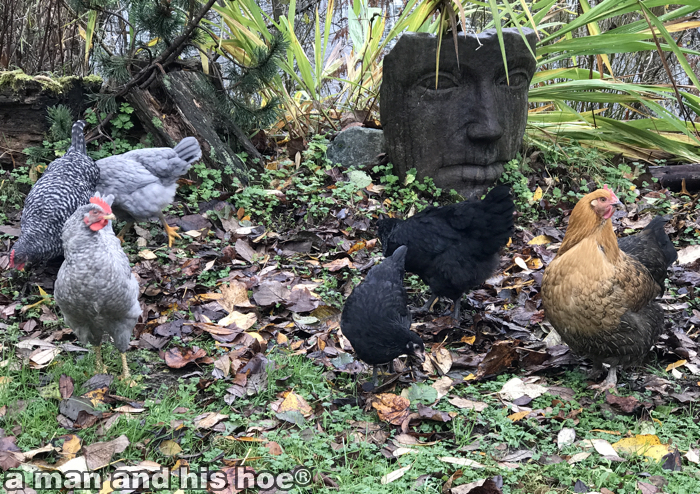 MiAsa Hime 美朝姫 is an extraordinary mother. Her chicks are more than three months old and she still spends her days with them and roosts with them at night. I’ve never had a mother hen attend to her chicks for so long. Some of her chicks are nearly as large as she is. Usually, hens raise their chicks for a month to two. For the ten years I’ve had mother hens raise chicks, this is the longest a hen has stayed with her chicks. 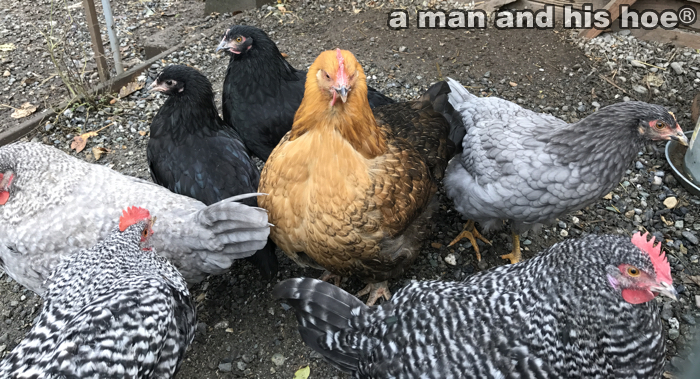 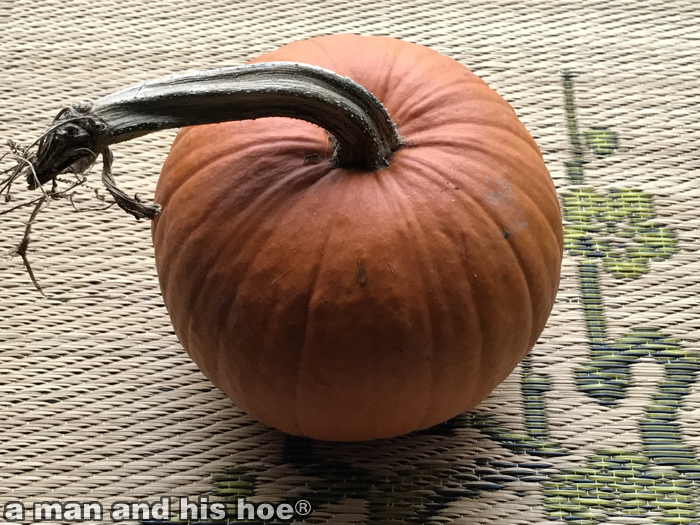 This is pumpkin season. It’s impossible to be sad when you’ve got a pumpkin to roast. Pumpkin pie, pumpkin soup, pumpkin bread, pumpkin cake, roasted pumpkin salad … well you get the picture. 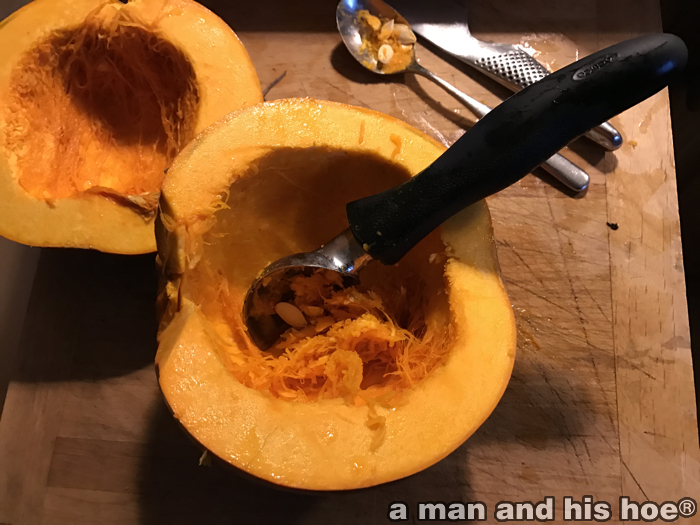 An ice scream scoop makes a handy tool to eviscerate a pumpkin. 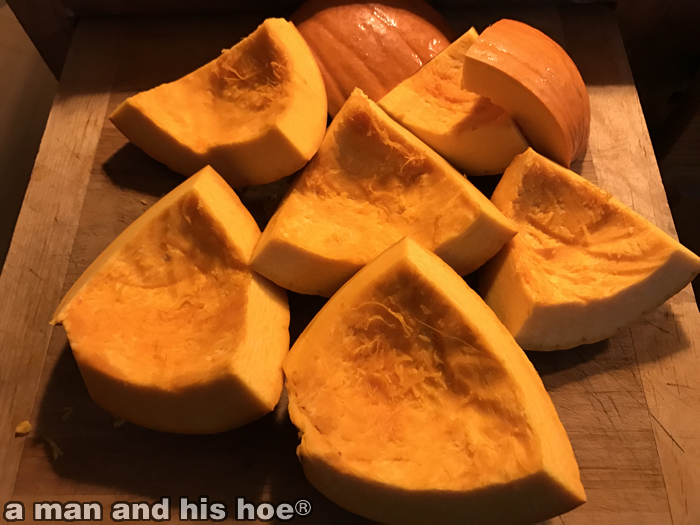 Eviscerated and cut up, it’s on to the pot to roast. I like to keep the skin on. It becomes very soft after a thorough roasting in a dutch oven, and when I make pumpkin pie, I puree the skin along with the meat. It gives pumpkin pie a deep undertone of earthy goodness. 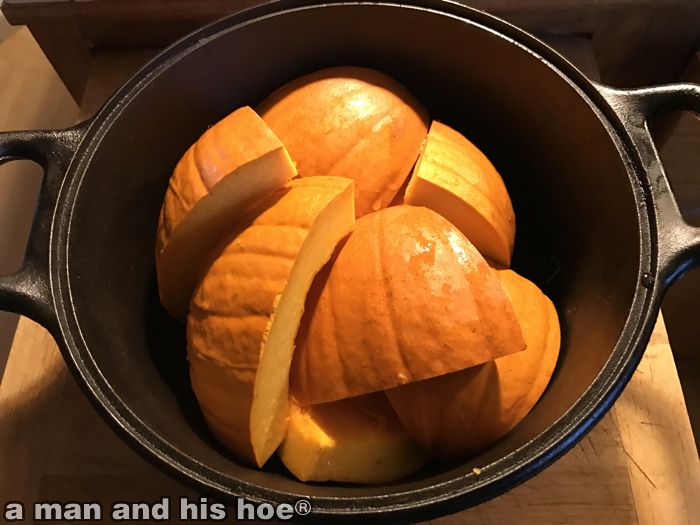