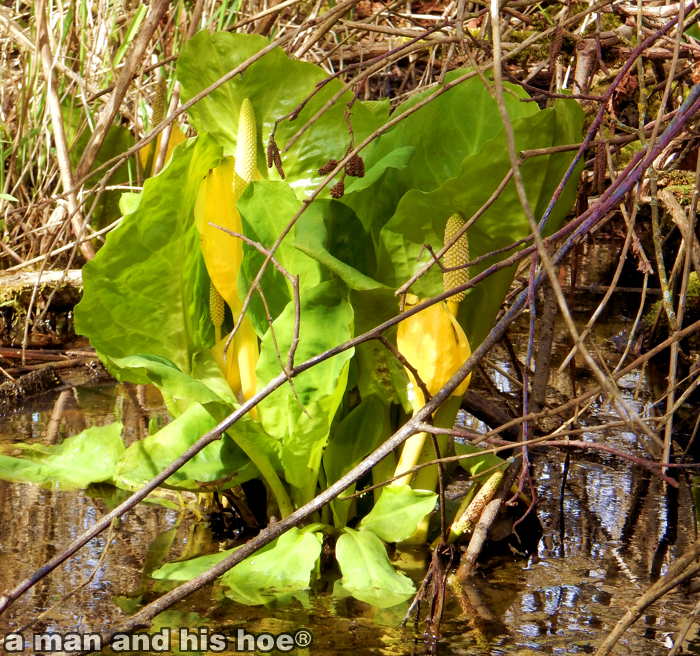 Skunk cabbage, that is. The skunk cabbage in the wet woods are in bloom. Lysichiton americanus are a sure sign that spring is well underway. Evidently bears dig them up and eat the roots as a laxative after their long winter hibernations. After sleeping most of the winter, you probably need a strong laxative to get your system working again. 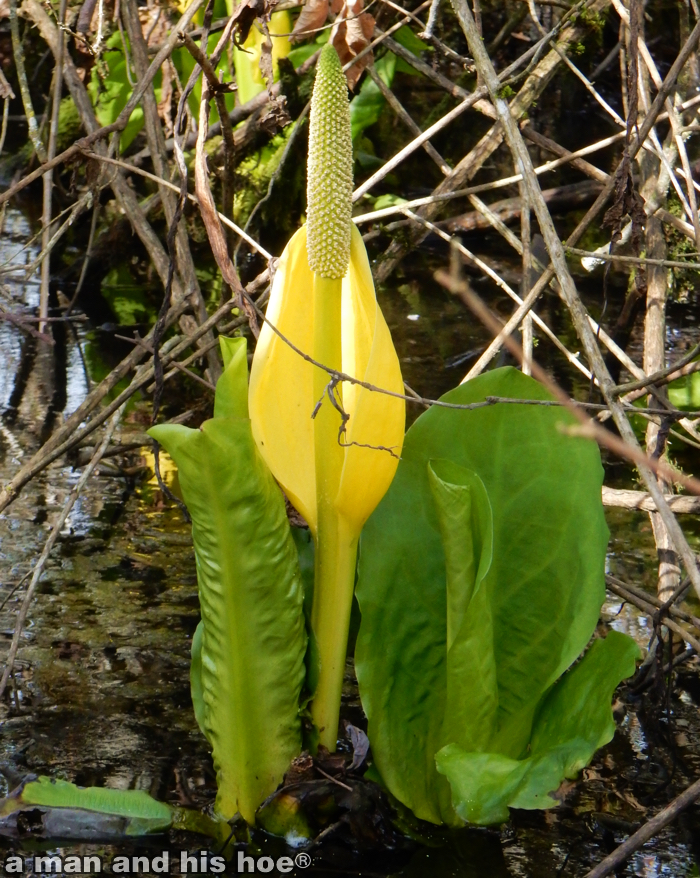 Skunk cabbage grow along the Pacific from Alaska to as far south as Santa Cruz county in California. Before rushing out into the woods to dig up your natural laxative, read up on it. Skunk cabbage does contain calcium oxalate crystals which can cause your mouth to burn and is fatal in large doses.

Skunk cabbage is an arum which is group of plants known for their flowers which are produced in a spadix surrounded by a coloured spathe. They are poisonous and contain significant amounts of calcium oxalate.

In grade school I used to bike out into the countryside and hike in the forests. One day I found a beautiful plant, which was a Japanese type of Jack in the Pulpit. I took it home, and the root looked so delicious that I cut it up, and my mother and I nibbled at it. It tasted good, but it wasn’t long before our tongues and mouths were prickly. It was an odd sensation of being pricked by thousands of tiny needles and being numb at the same time. Fortunately, the sensations didn’t last long, and we lived. When in doubt, don’t.