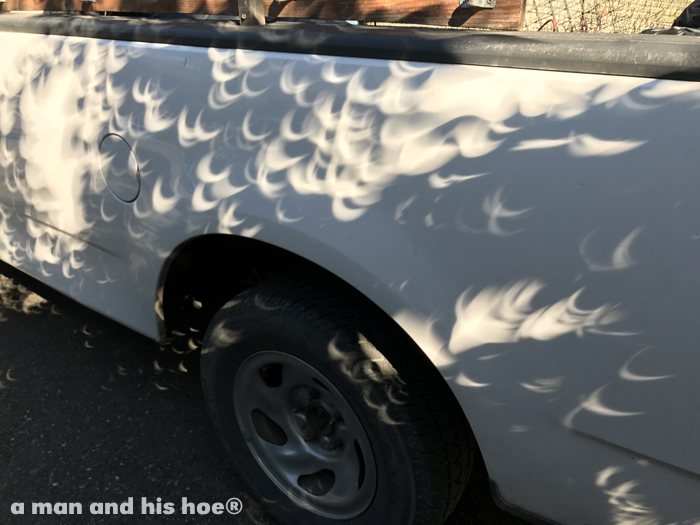 It didn’t get as dark as we thought it would. With the moon covering 89% of the sun, we thought it would be quite dark, instead the sky turned a deep cobalt blue, and all the colors intensified. The most memorable oddity were the many reflections of the eclipse landing on the truck and pavement under a cherry tree. The spaces between the leaves became many pinhole cameras, reflecting the eclipse on the ground. The temperature also lowered during the eclipse. The chickens and dogs didn’t seem to notice anything was unusual. The cat, well, the cat slept through it all. 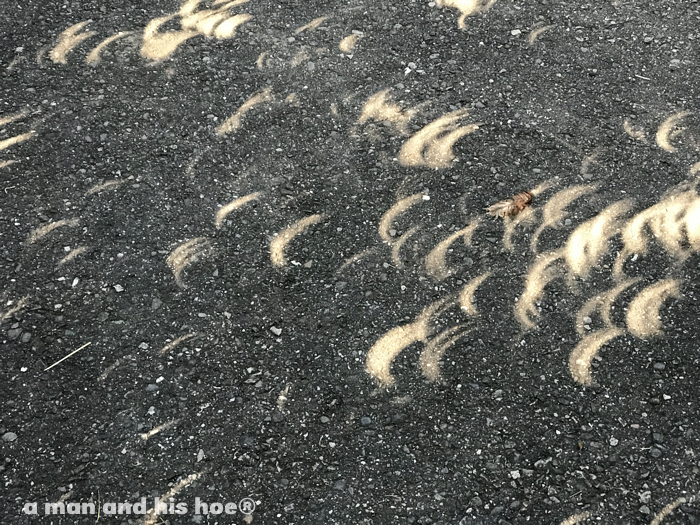 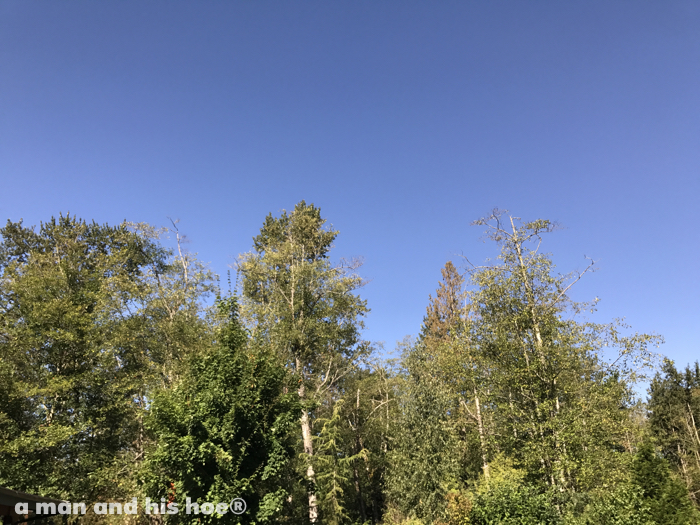 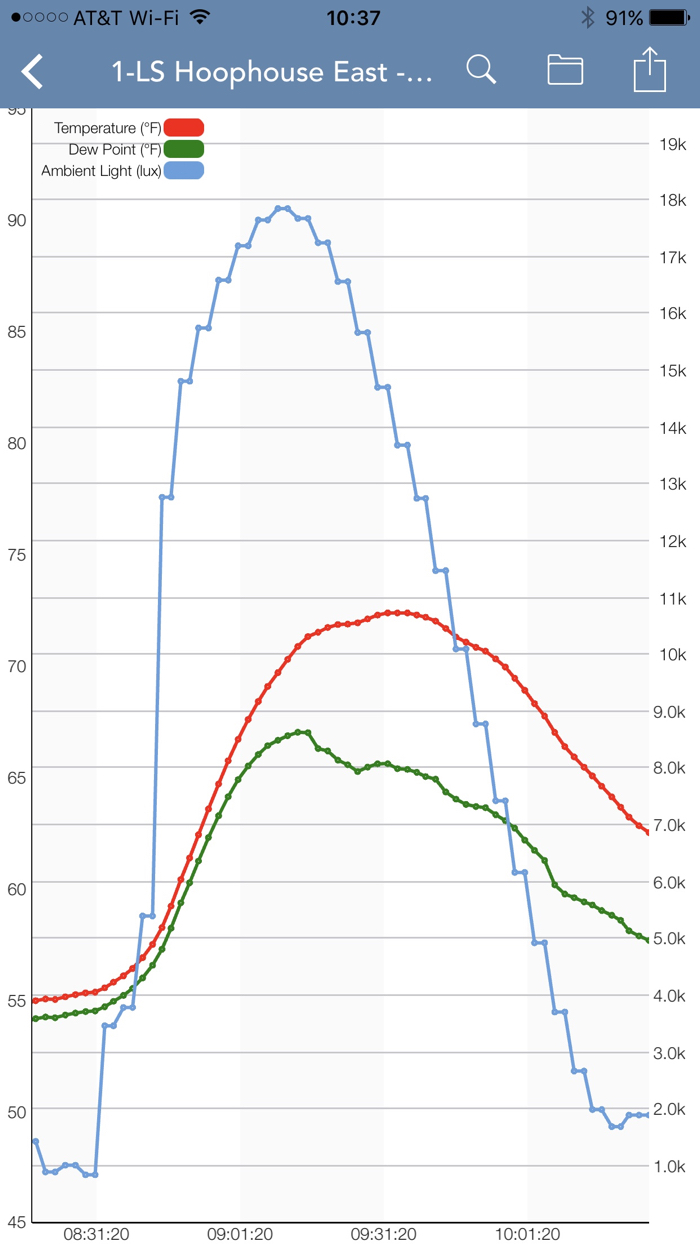 Clear evidence of the fading sunlight was the light meter in one of the hoop houses. The intensity of the light dropped from 18,000 lux to under 2,000 lux at the peak of the eclipse. And in the house, it became very dark. And yet, even blocking 11% of the sun was not enough to make it dark outside. It shows just how brilliant the sun is.