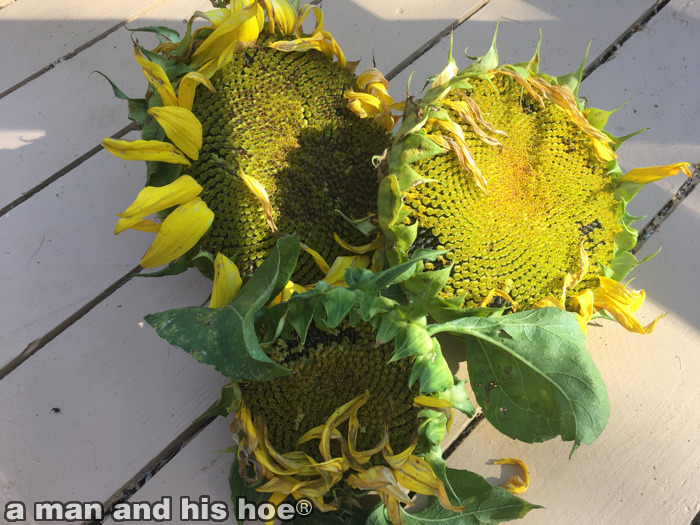 The first of the sunflowers are ready for harvest. Last year I waited too late. By the time I went out to harvest sunflowers, the birds, chipmunks, and squirrels had helped themselves and eaten all the sunflower seeds.

The center of sunflowers is a mass of a thousand to two thousand little flowers. The remaining petals of these little flowers brush off with ease, leaving circular rows of tightly packed sunflower seeds. The largest sunflower of these has around 1,625 seeds. It’s an amazing amount considering that it only took one sunflower seed to grow into a massive plant that produced all those seeds. Which proves that nature’s economic returns are out of this world. You can’t deposit a dollar in a bank and expect to find $1,625 in your account six months later. These days, the most a dollar will become in six months in your bank is $1.01. Get 5% return in six months, and an economist will congratulate you on your fine return. Nature scoffs at such measly returns. Nature doesn’t raise an eyebrow until you see returns of 100,000% in six months or more.

It’s no wonder that of all the creatures on earth, only humans have settled to using money. It’s not worth it. Plant a bean and in four to six months you’ll have hundreds of beans. Put a bit of potato in the ground and four months later you’ll have two to four pounds of potatoes. People are amazed if you can double your money in a year. Nature’s figured out how to do much more than that with ease. 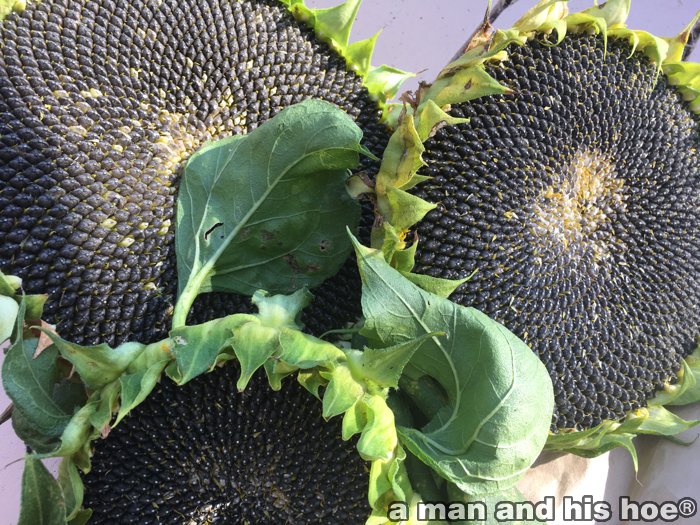 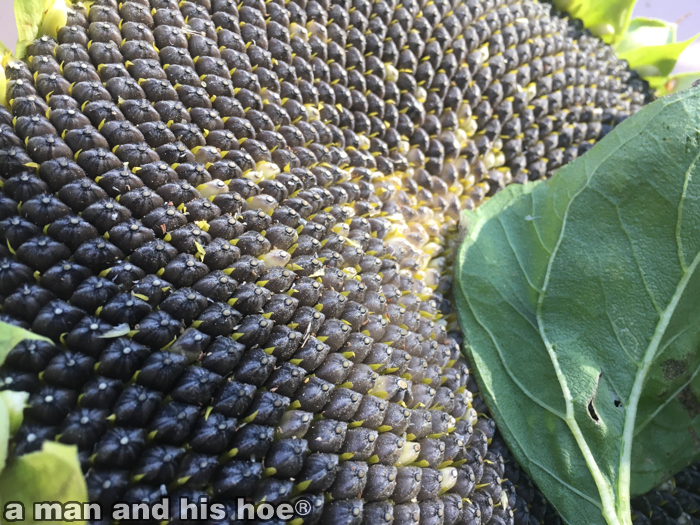