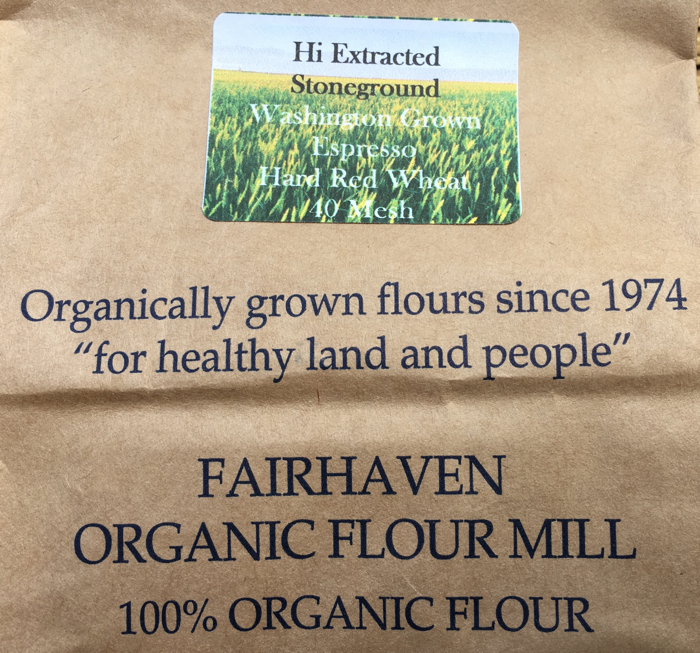 According to Steve Jones of the Washington State University Bread Lab in Mount Vernon, in the 1800s, the west coast of the US was a major wheat producing area of the country. There used to be 160 flour mills in Washington state, and more than 22,500 across the US. Now there are only about 200 flour mills for the entire country.

Fortunately, we have a local flour mill, Fairhaven Organic Flour Mill in Burlington. When I stopped in this week to buy some whole wheat flour, the miller, Kevin Christenson, gave me a sample of their Hi Extracted Stoneground Washington Grown Espresso Hard Red Wheat. He told me the wheat came from a nearby farm south of Mount Vernon. 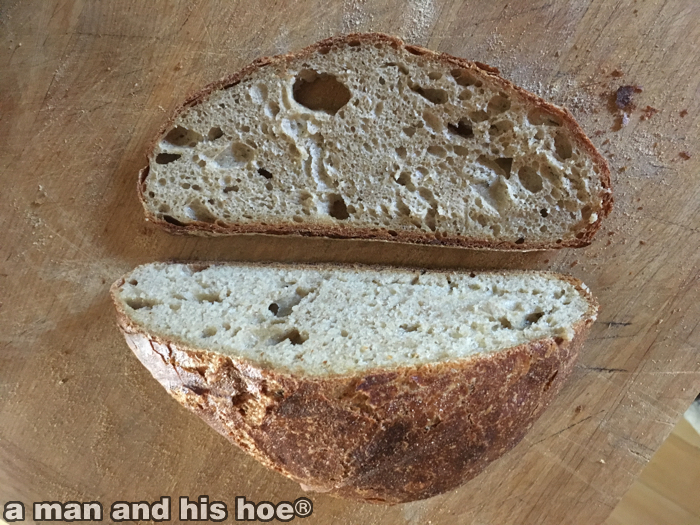 Yesterday I baked a loaf using this Espresso Hard Red Wheat, and we were very pleased with the bread. There isn’t much of it left today.

The term Hi Extracted means that most of the wheat kernel ends up in the flour. A kernel of wheat is made up of the bran, the germ, and the food for the growing plant. When milling wheat, millers usually remove the bran and the germ, and so they extract only a portion of the wheat kernel. The portion of the kernel which ends up in the flour, is called the extraction rate.

When you mill the entire kernel, you extract 100% of it, and end up with whole wheat flour. Kevin told me that the flour he gave me had an extraction rate of 85%, which means that some of the bran and germ are still in the flour. A typical bread flour has an extraction rate of 70% to 75%. You’ll find a more thorough explanation of flour extraction rates here: Tech. Note: High Extraction Flour