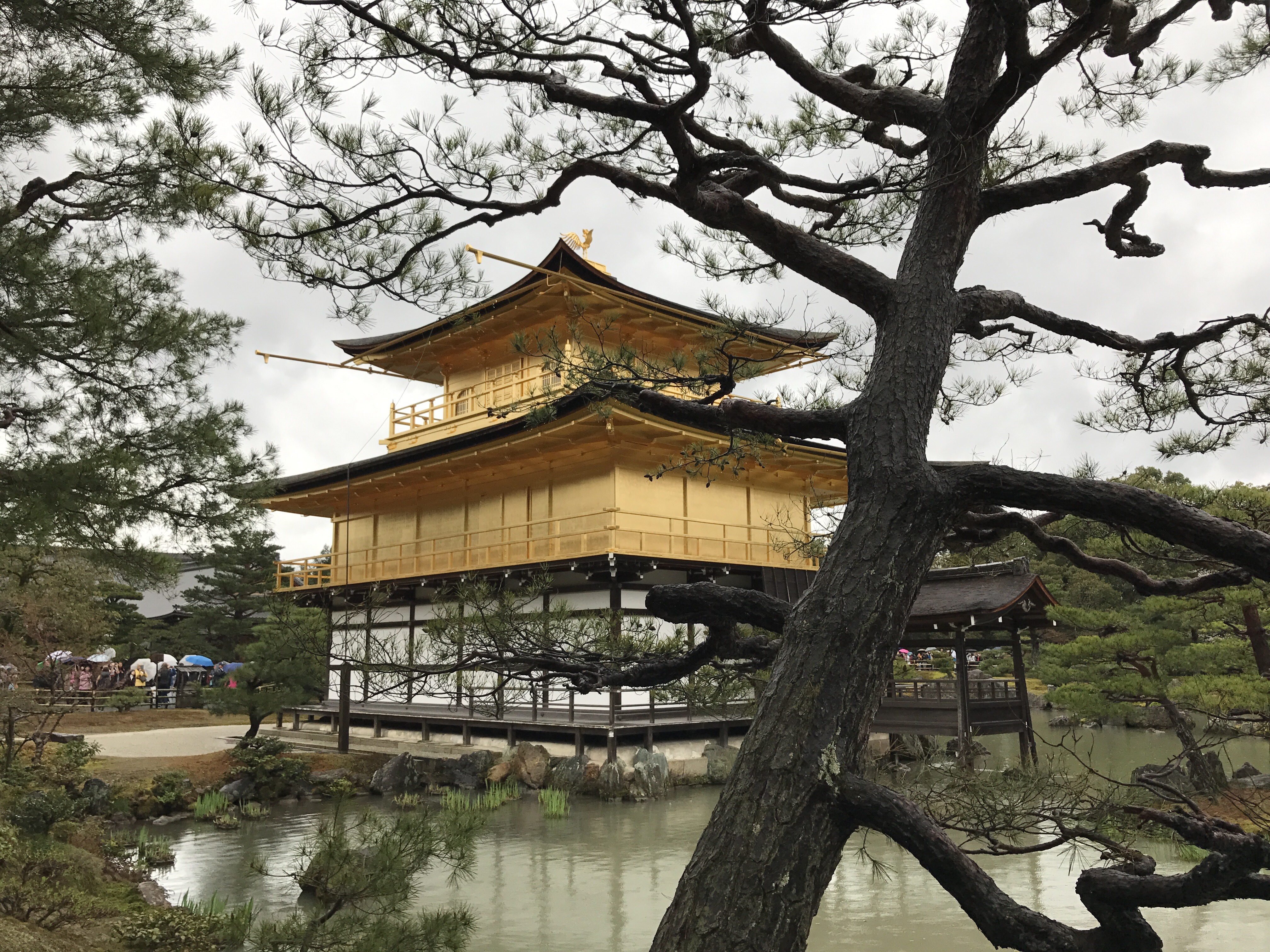 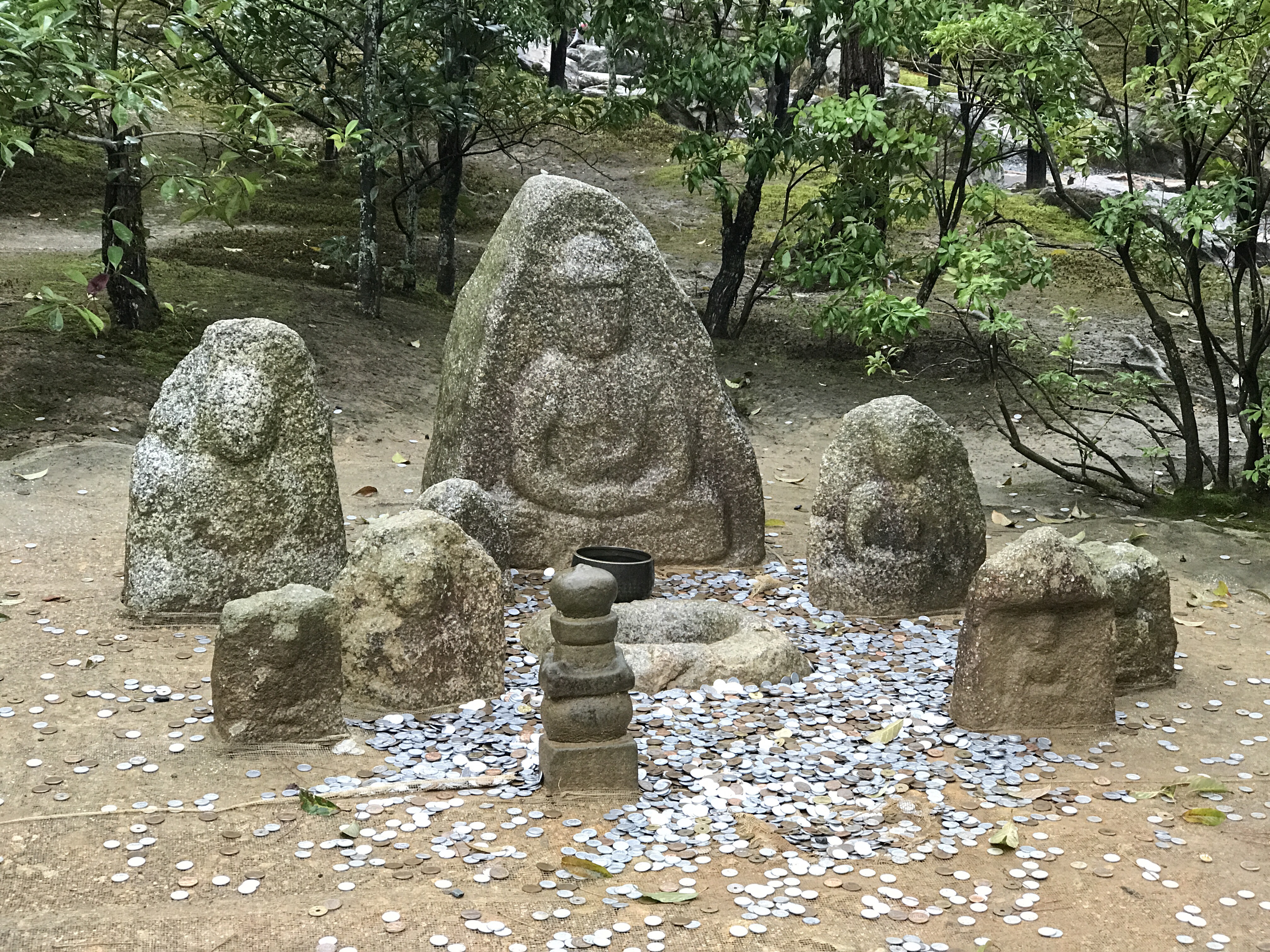 Today was a chance to visit temples the tourists throng to, like Kinkaku-ji, the Golden Temple, and Ryoan-ji, the temple known all over the world for its rock garden. 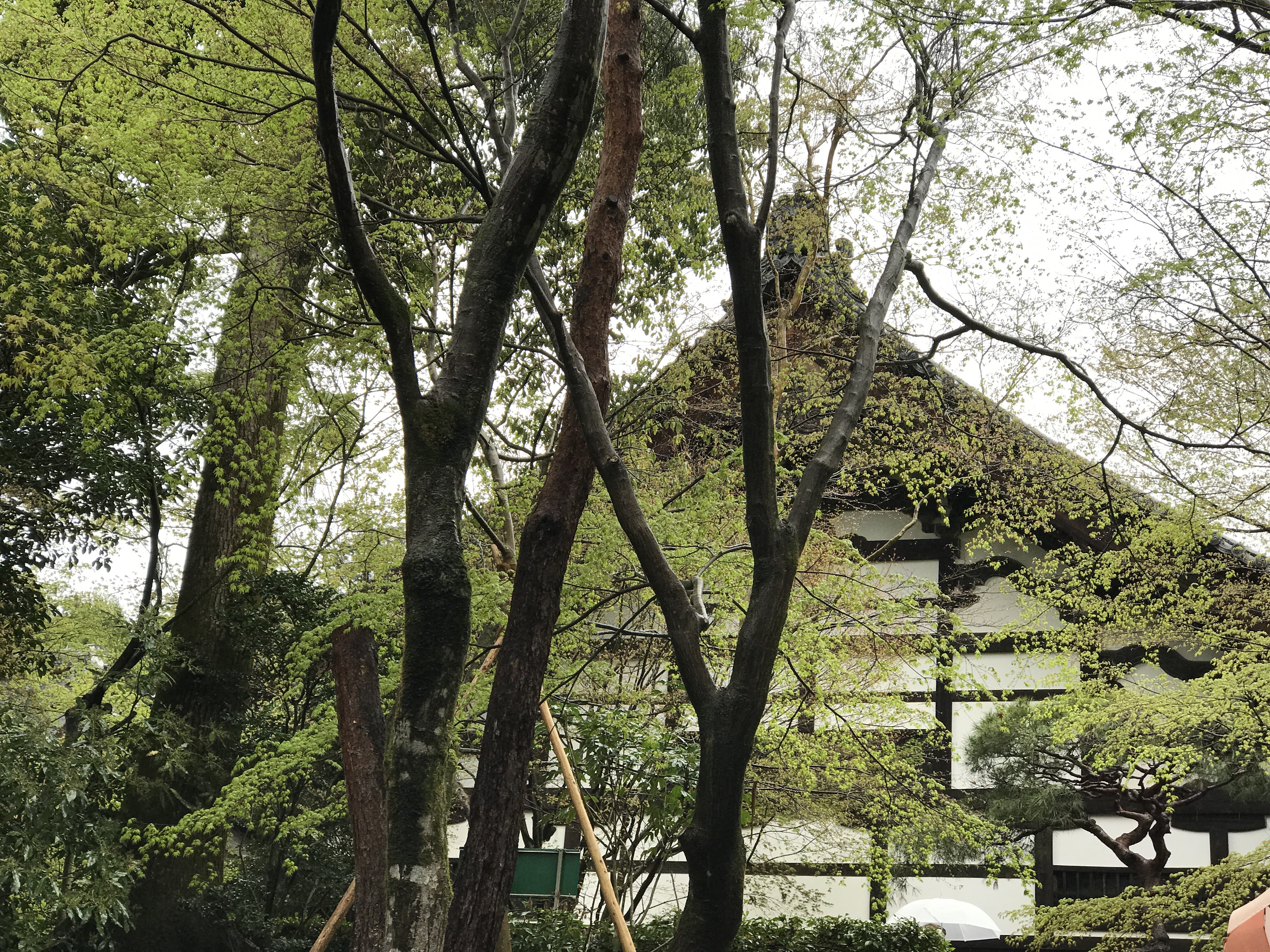 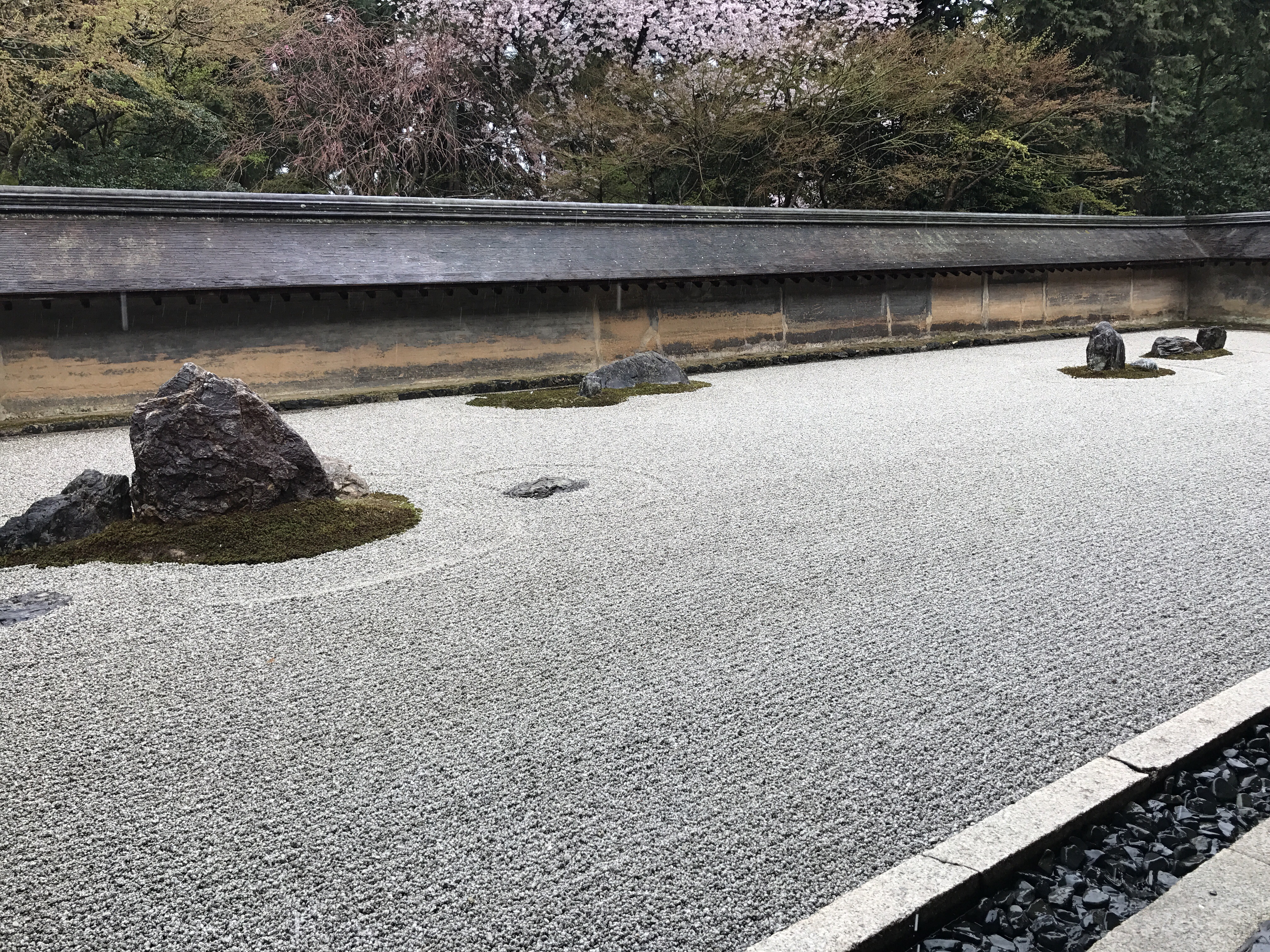 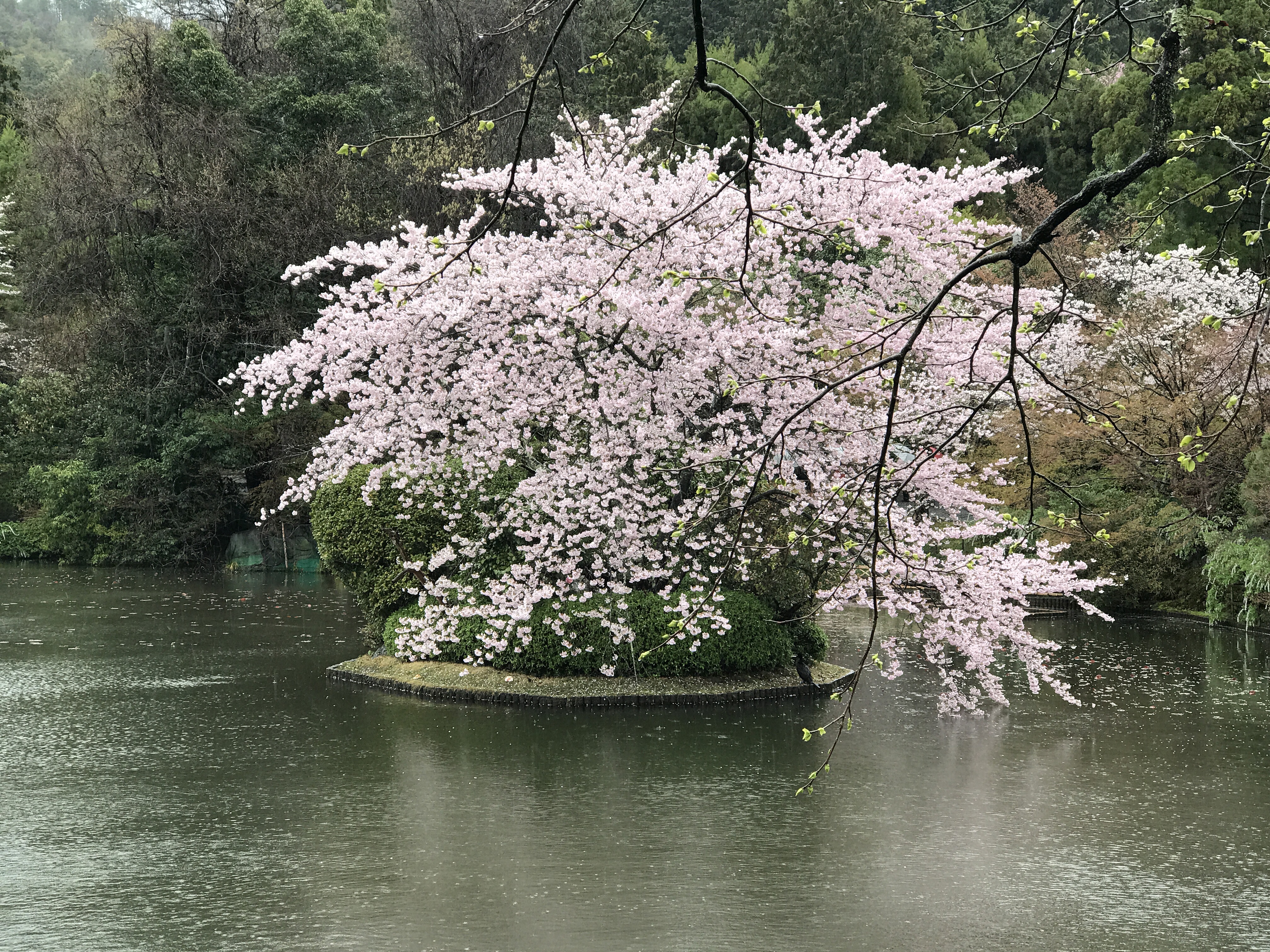 At Ninnan-ji the gardens, art, and cherries and plums were breathtaking. 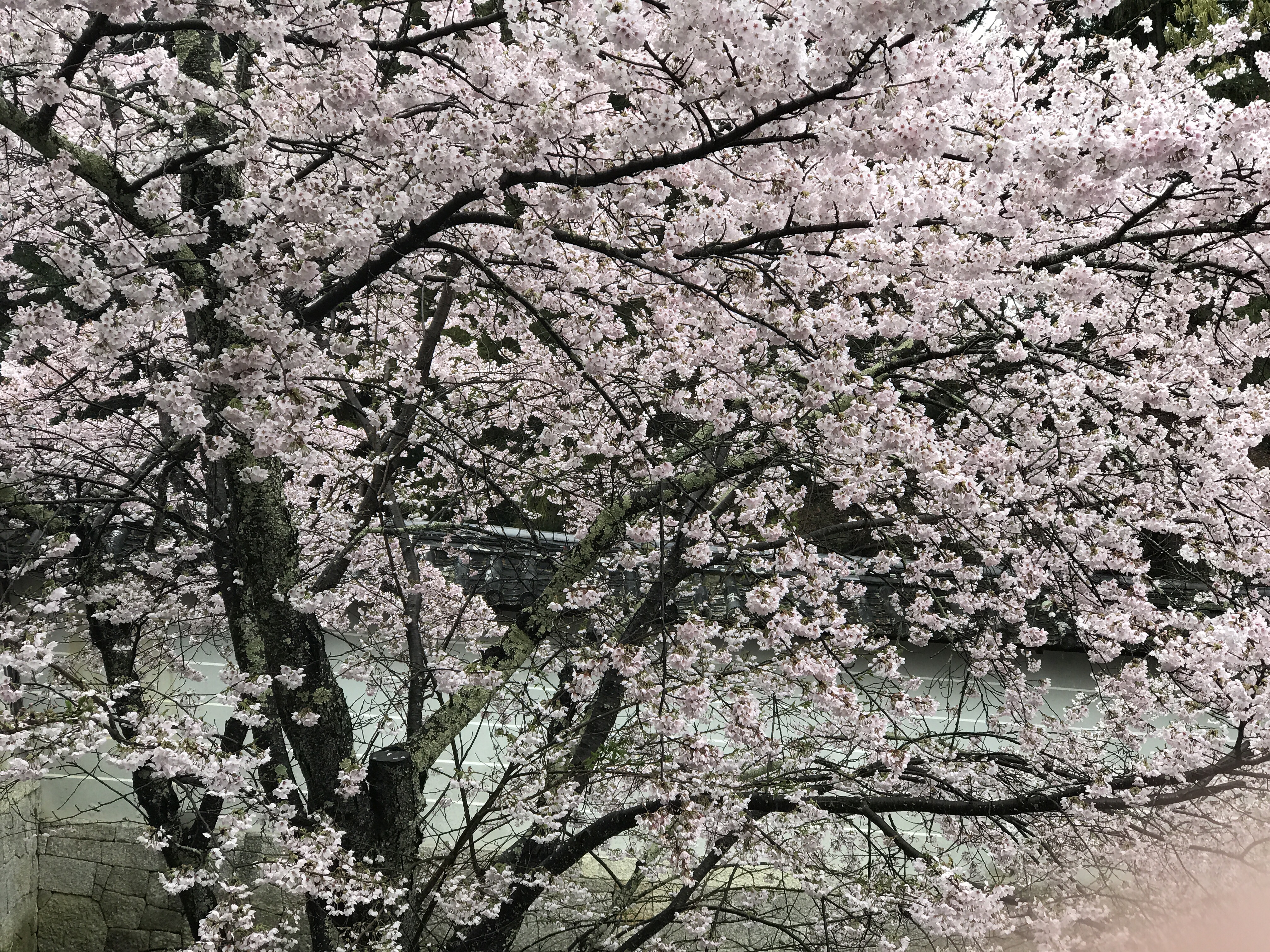 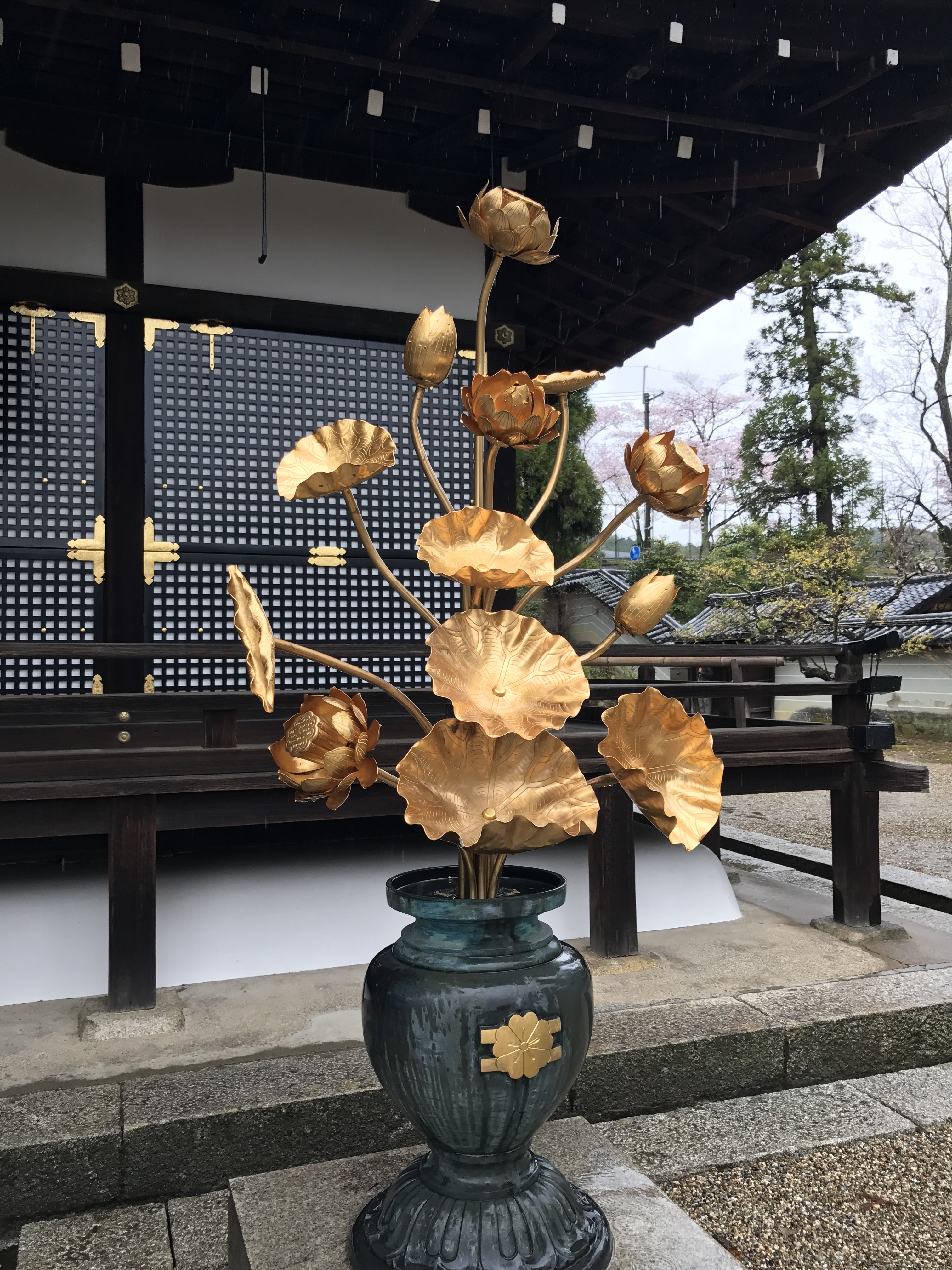 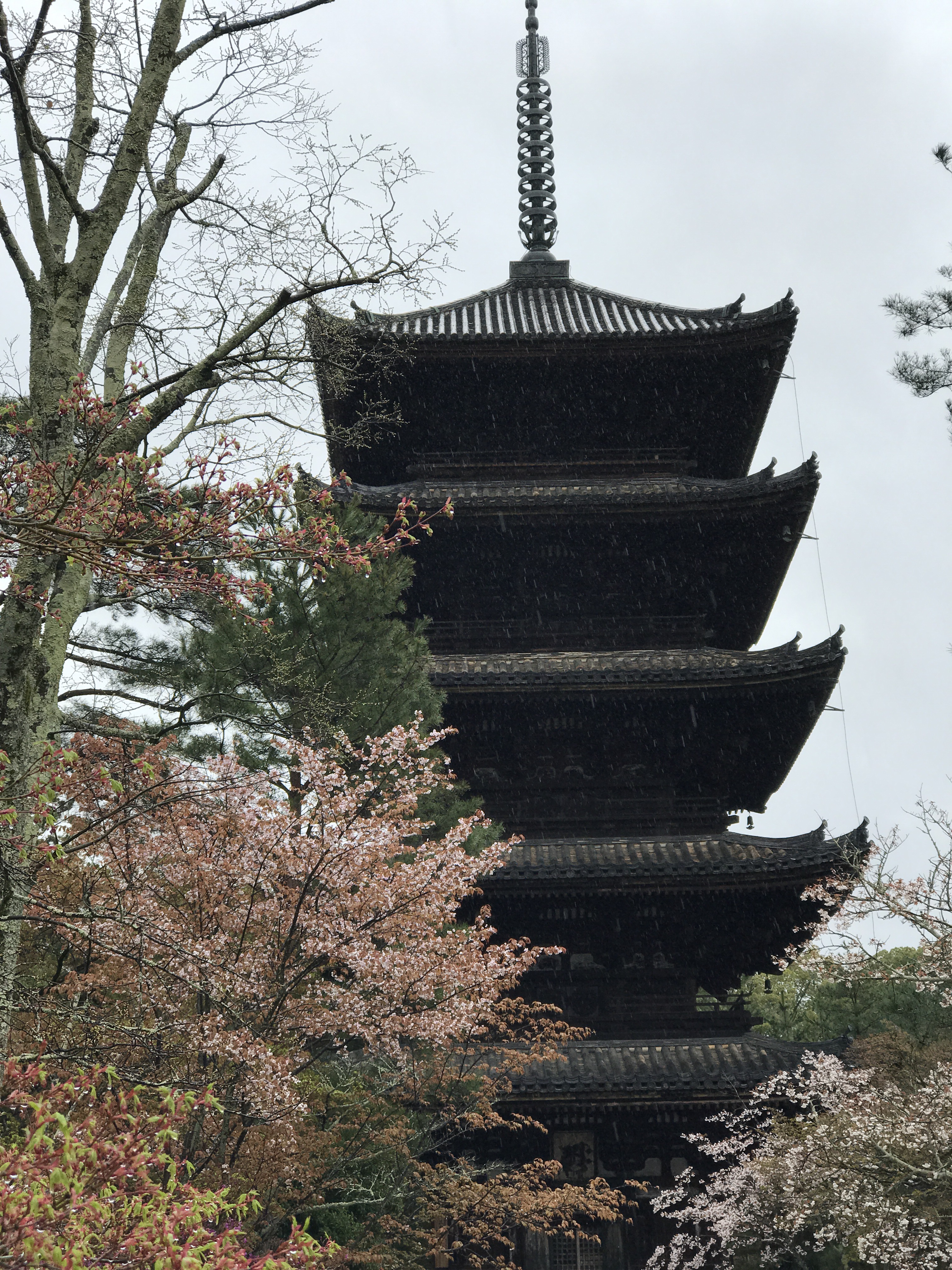 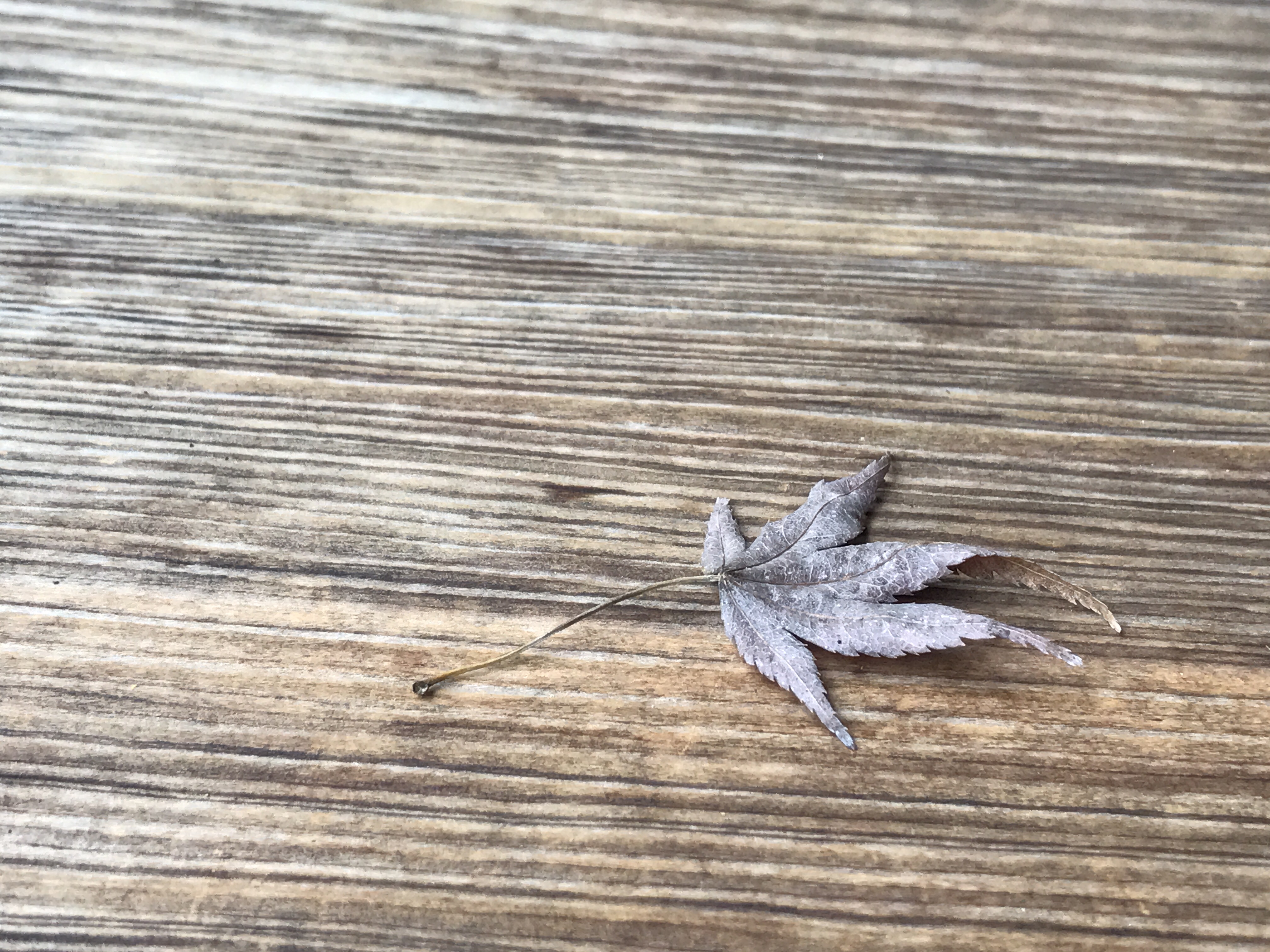 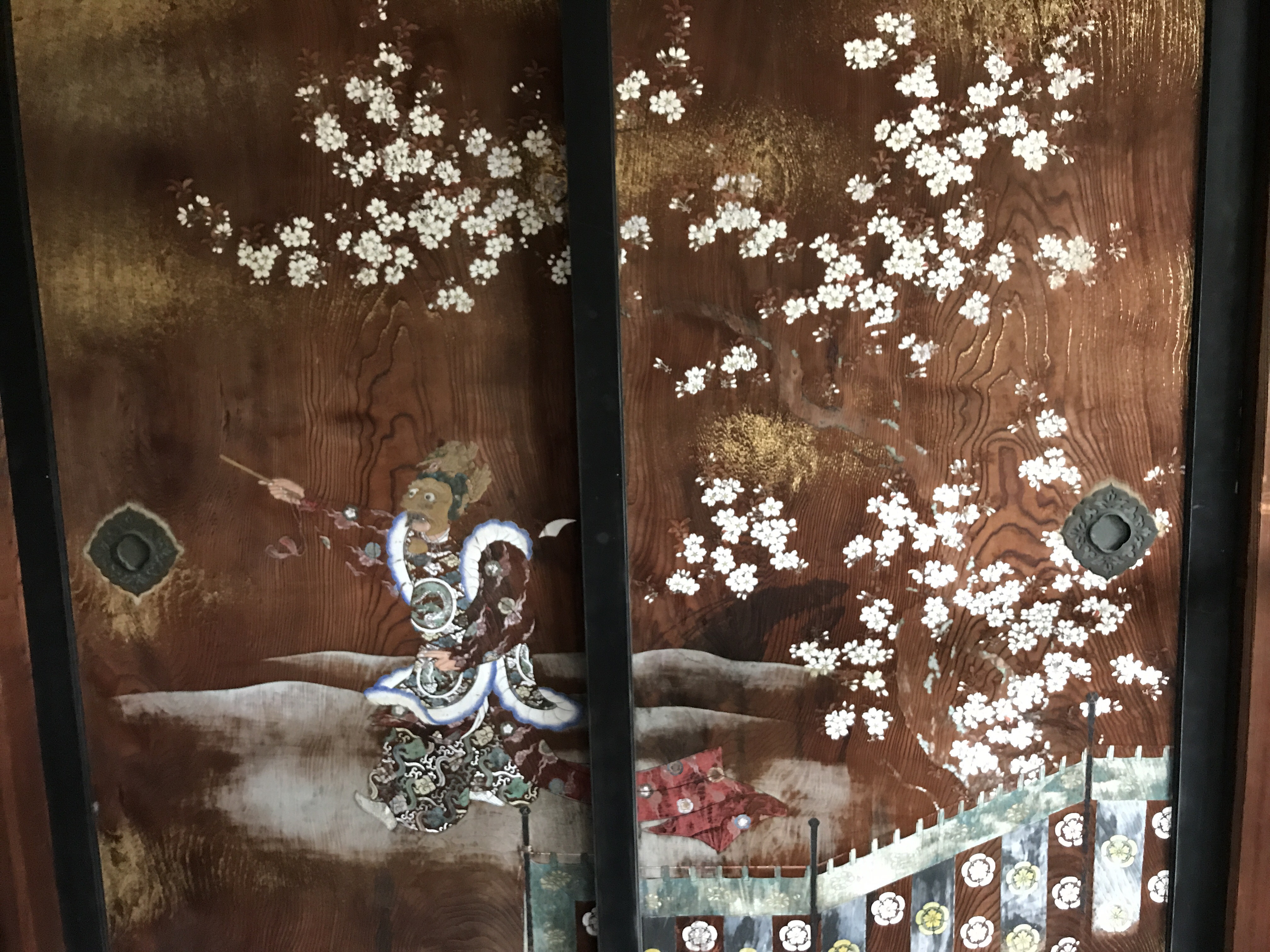 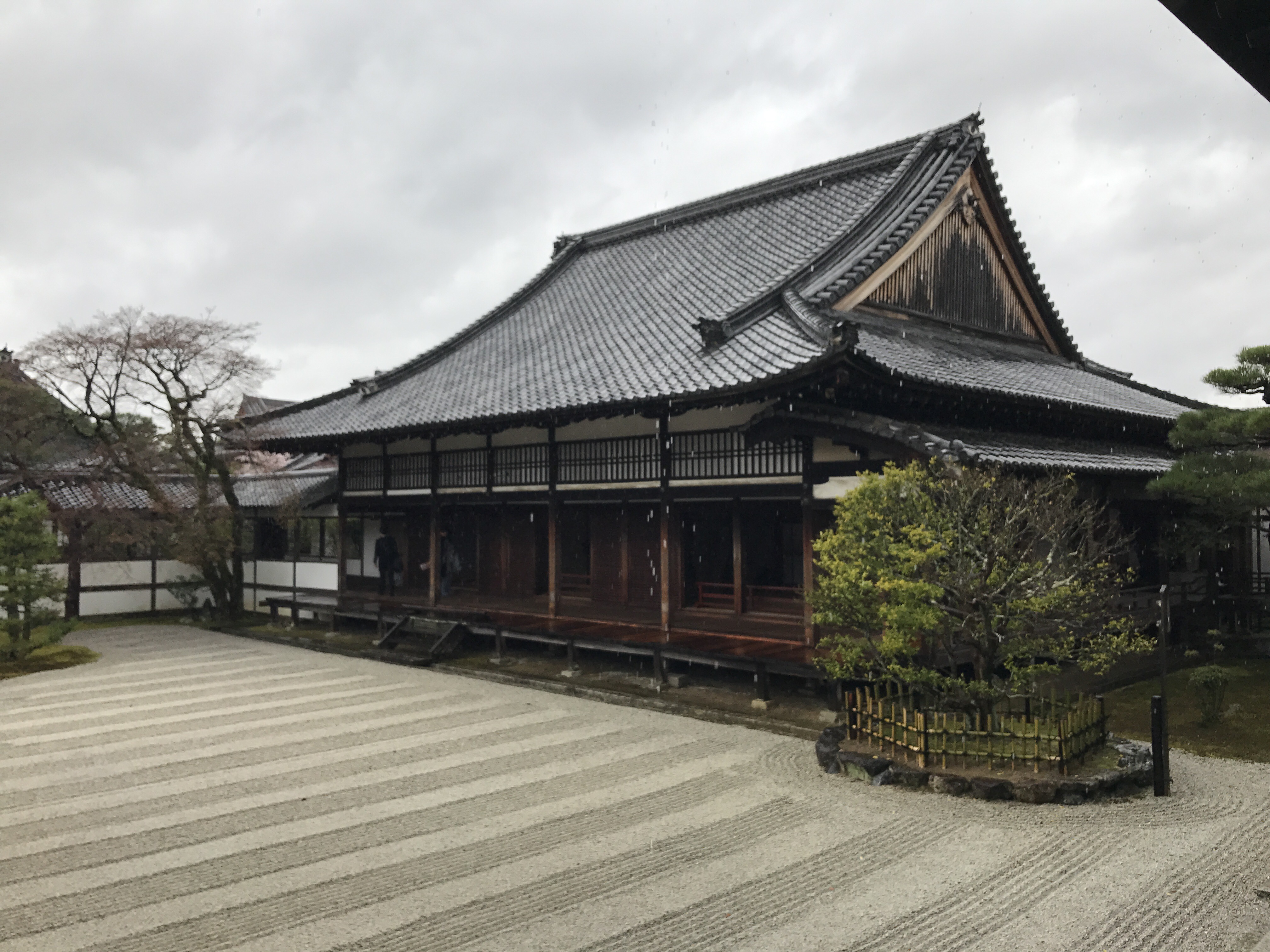 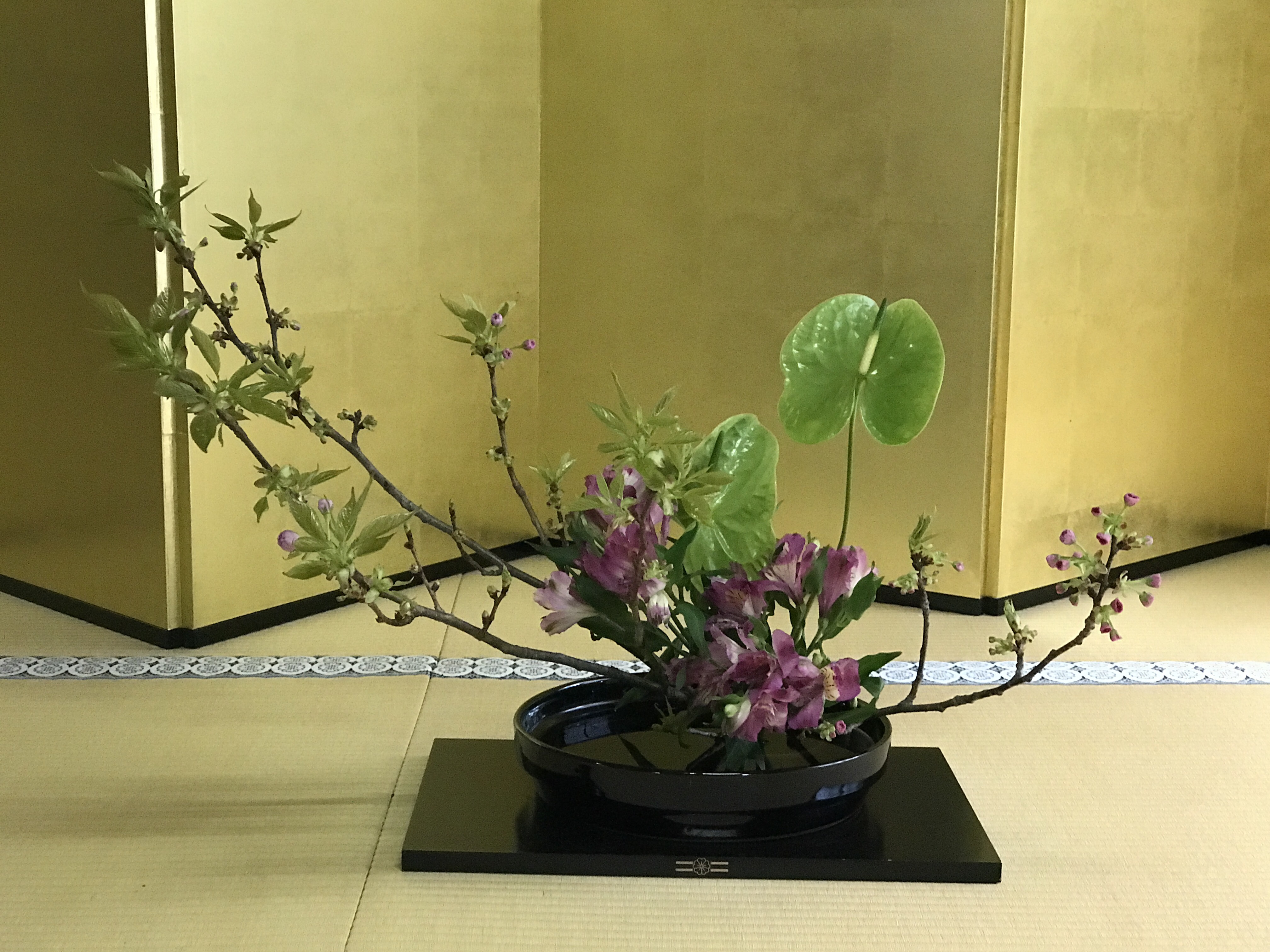 After leaving Ninnan-ji, we took a taxi to Hanazono (Flower Garden) station, and took the train to Kyoto station for lunch and more sightseeing. It was when we left the restaurant in a department store that I realized I didn’t have my phone, which I have in a wallet case, was missing. The lost and found of the department store did not have it, and they suggested we go the police box in Kyoto train station.

Neighborhood police boxes are a familiar fixture in neighborhoods all over Japan. You are never far from a police box in Japan. The friendly police took all the details of my phone-wallet, and called the details into the Kyoto police’s central lost and found. It hadn’t been much more than an hour that it was lost, and already the police’s central lost and found had a report of a similar wallet-phone having been turned into the police box near Hanazone train station. We went back to Hanazone, visited the police box there, and retrieved my wallet-phone. All I had to do was unlock the phone to prove it was mine. The police also knew by my face that I was the one on the driver’s license in the wallet.

Evidently the wallet-phone had fallen out of my jacket pocket in the taxi because the taxi driver had turned it in to the police at Hanazone.

How many countries have a system of lost and found items where an item can be turned into the police in one neighborhood in a city and shortly thereafter any police in the city can check to see if a similar item has been turned in? Somethings can only happen in Japan.