So much happens in one day, it’s hard to keep track. Pepper has moved to laying her eggs in a nest in the chicken yard instead of in the nests near the garden. 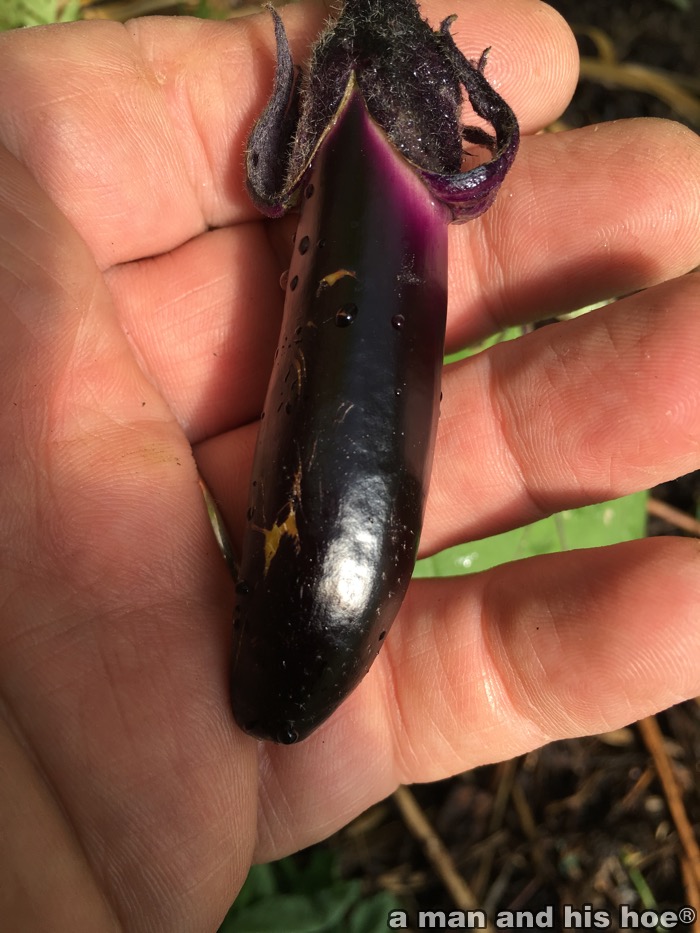 The eggplants are coming along. In a week or two, I should have some ready for Bow Little Market. Ena 枝那 is exhausted watching me weeding. 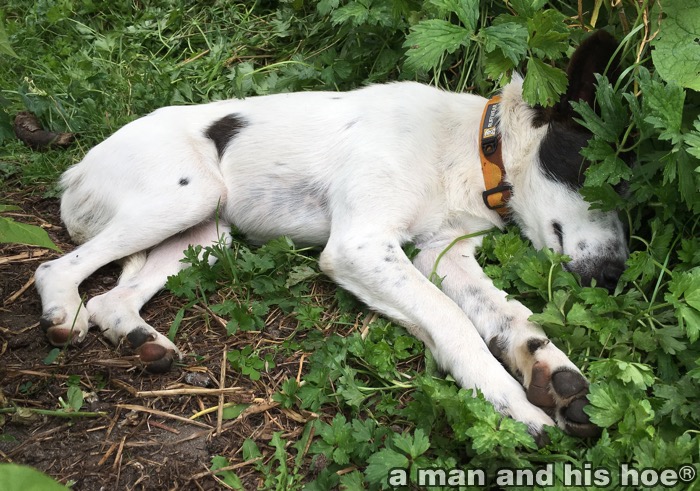 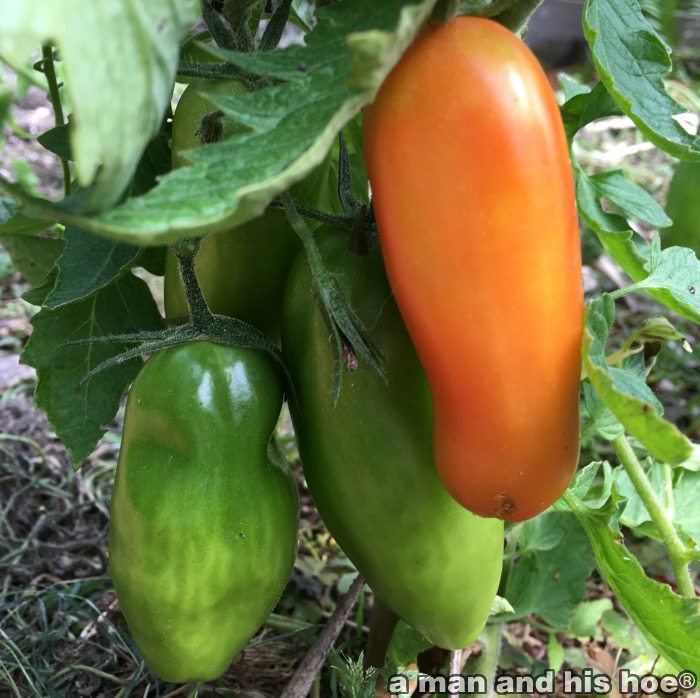 The Roma tomatoes are turning red. Hopefully, enough will be red to have some for Thursday, the 21st’s Bow Little Market. And why is Sven resting in a nest in the middle of the afternoon? 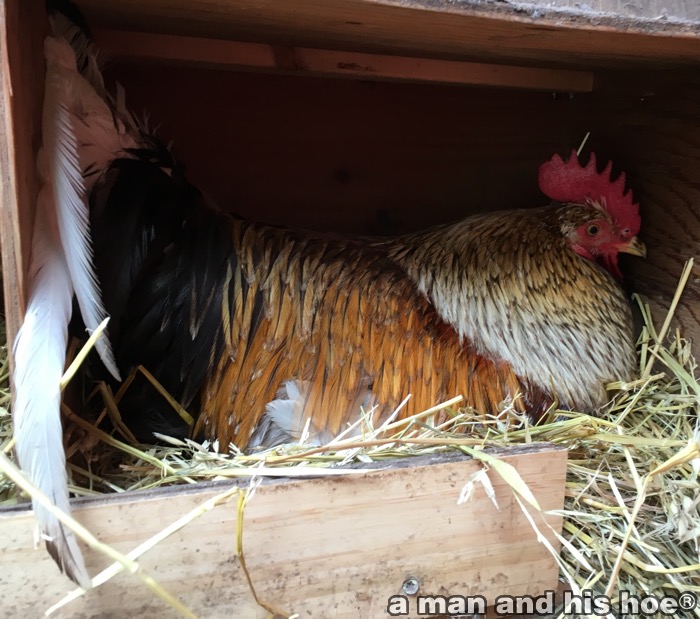 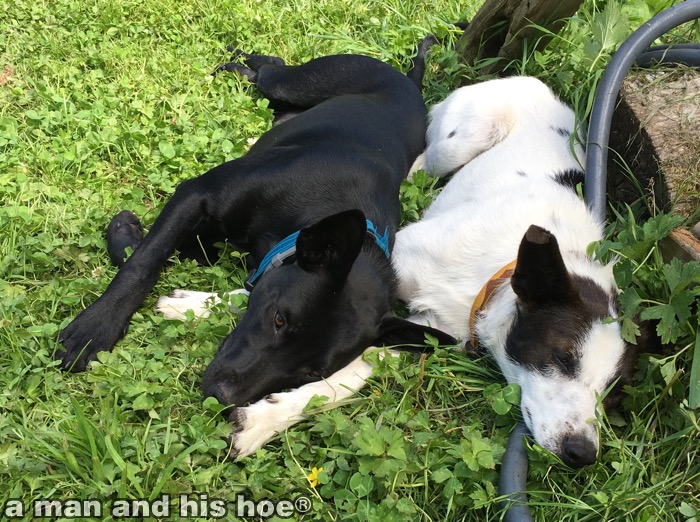 Now both of the dogs are exhausted from watching me weed. I should be more tired than them. Some days I think I would rather be a dog, as long as I had an owner like me. 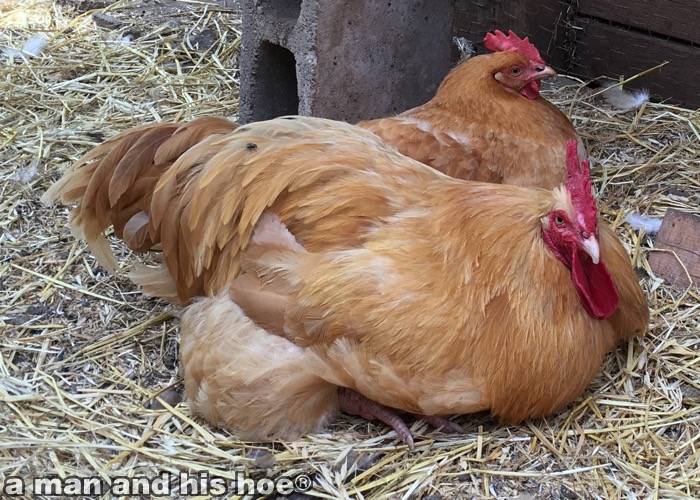 Old Billy enjoys a quiet moment with one of the older hens, Daisy. While Miasa-Hime 美朝姫 has taken to laying eggs in the nests near the garden where Pepper used to lay eggs. 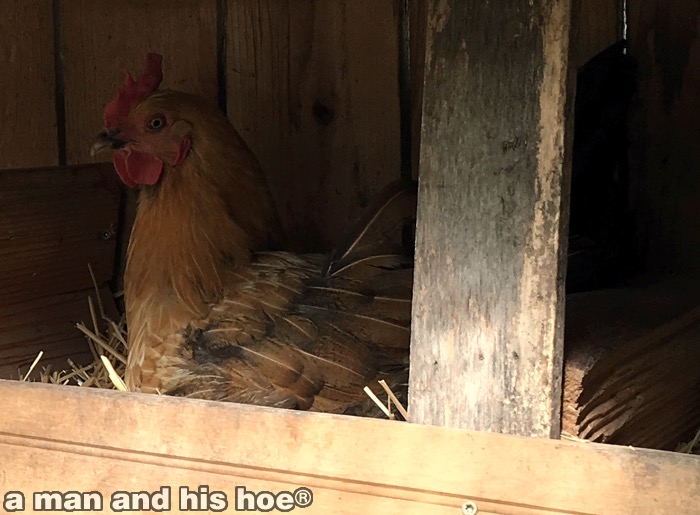 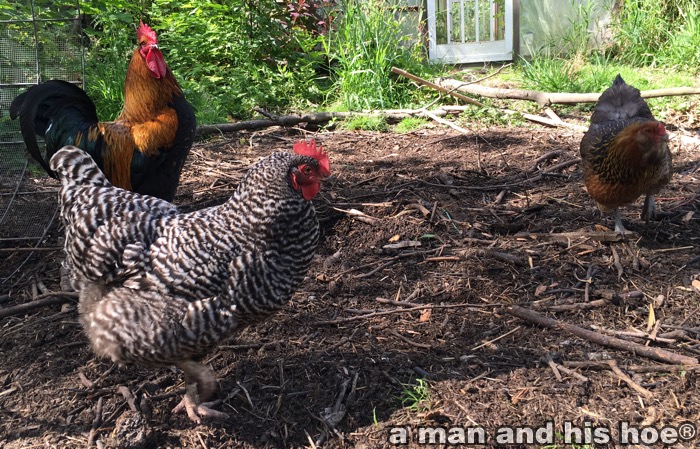 And King Richard and his hens are going through what is left of the last compost pile. Just a few of thing things that happened today. I don’t have pictures of the bald eagle which flew low overhead and flew off when I yelled at it, nor pictures of the great blue heron who flew in to go fishing at the pond. There is never a boring moment here.