The first snow of the season has adorned the surrounding foothills. I could see it yesterday through the clouds hiding the mountains. Today with the clouds gone, the snow covered hills glistened in the bright sun. 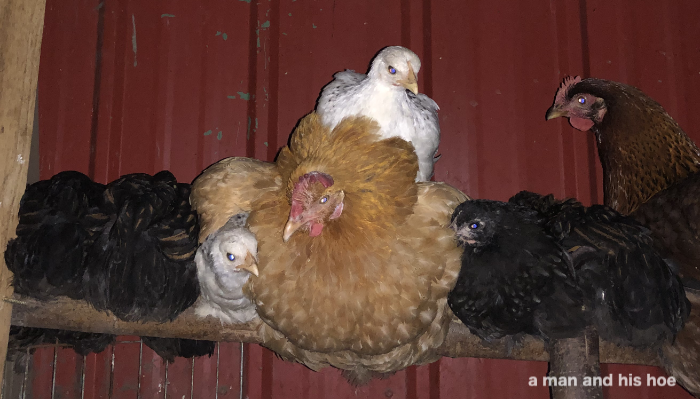 Two nights ago, Buttercup finally took her chicks up on the roost. Past two months old, it’s late for them to make the move, but they’re not entirely ready to accept that they aren’t babies anymore. Different ones keep hopping on her back, not wanting to grow up. When they are fully grown, will they look back and fondly remember the nights they spent on their mother’s back? 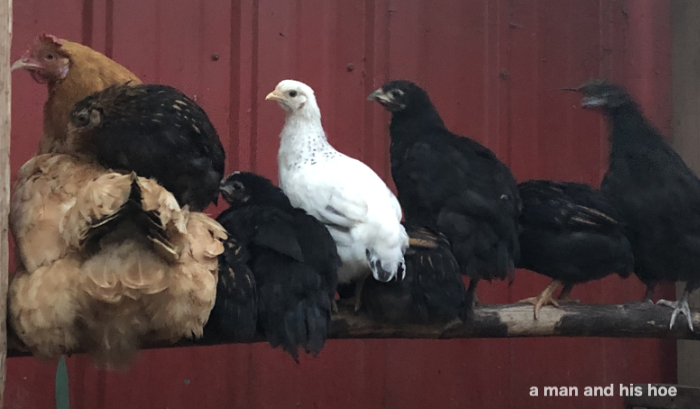 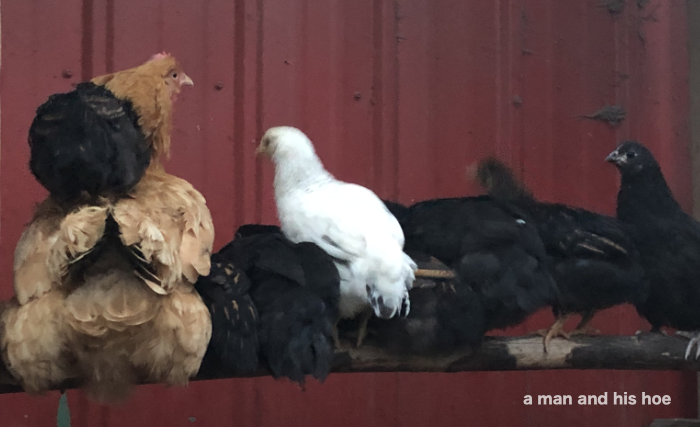