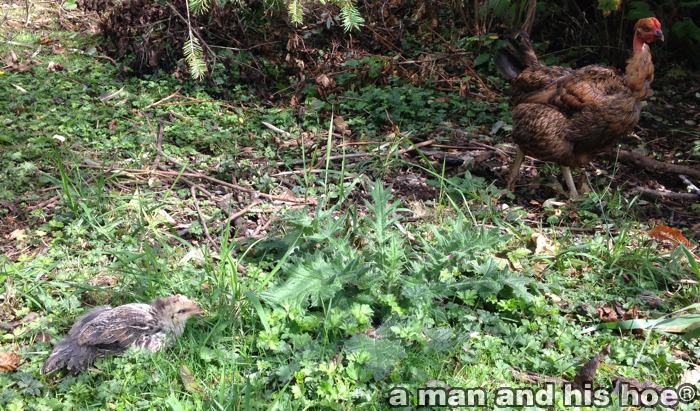 Wednesday morning while I was working on the fence, BB spotted an injured chick. It was one of Hazel’s. I took it into the house to nurse it. It had injured its legs and couldn’t stand up. I didn’t have much hope for it.

Thursday it was better, and after keeping it indoors, feeding it and making sure it got plenty to drink, we decided to let it spend the night with its mother and siblings. When it got dark, we tucked it underneath Hazel for the night.

Friday, I brought it back indoors as soon as Hazel left her nest shortly after six in the morning. We kept it indoors, watching it improve, and put her back under Hazel for the night so it could sleep with its mother and siblings.

This afternoon around four, I took it back out to be with its mother. This time it did much better. Following Hazel around and getting steadier the more it walked. Within an hour, it was running with its mother and siblings with little difficulty. Tonight it is sleeping peacefully under its mother.

Watching how happy it was to be with its mother again after spending a few days in the “hospital”, and seeing how it improved when it was with her, taught me that even for a chick, nothing heals like love. 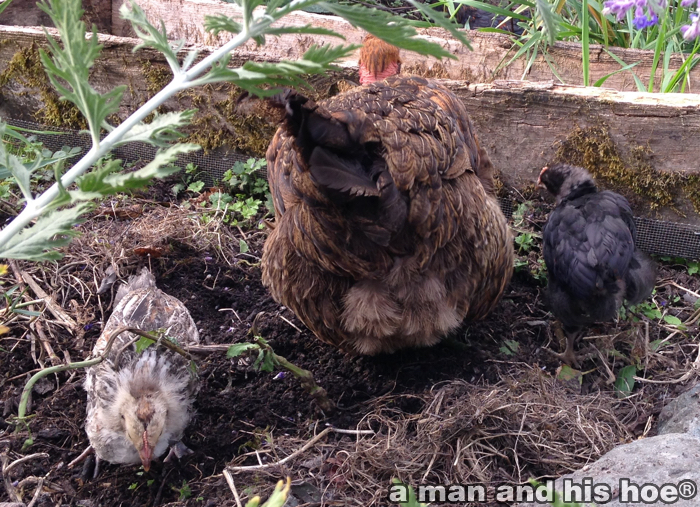 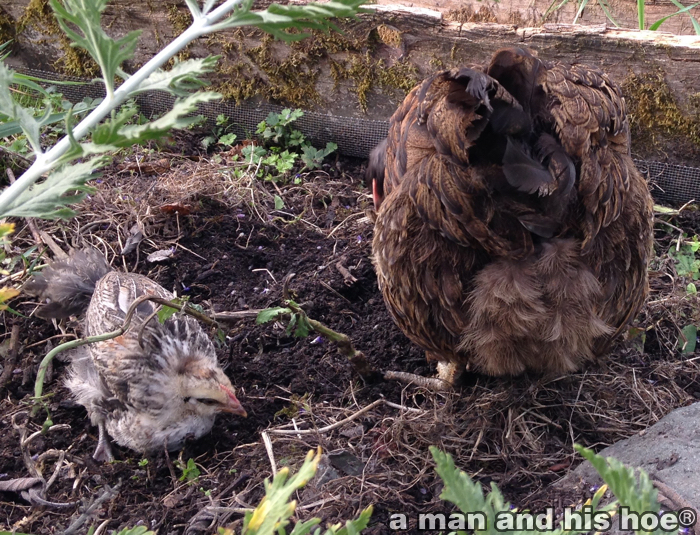 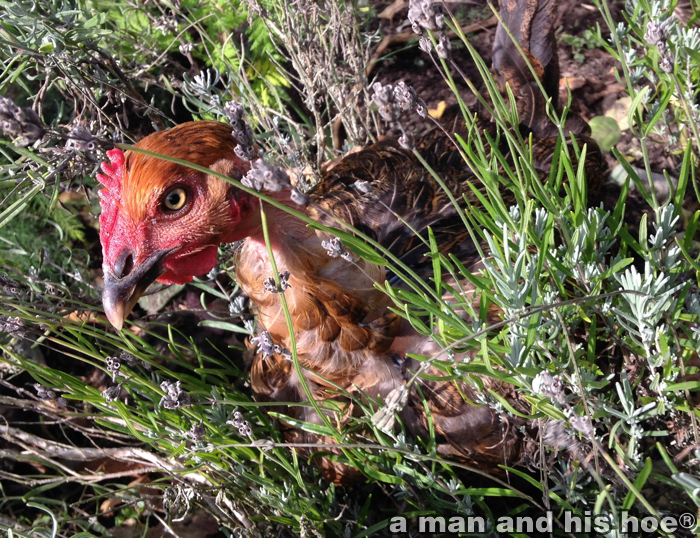 What is Hazel doing? She’s hunting bugs for her chicks. When she spots a bug in the leaves, she knocks it to the ground for them. Over and over she does it, sometimes jumping up to knock a bug off a high branch. How many chicks get to eat a bug picked for them by a mother who loves them? 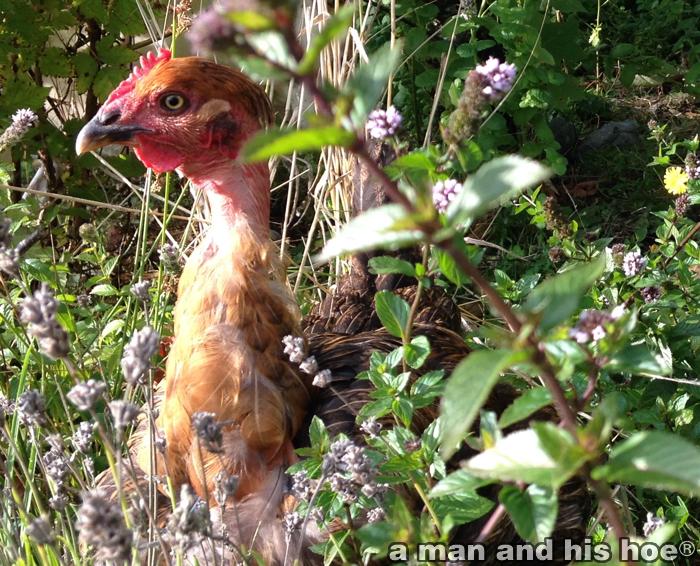