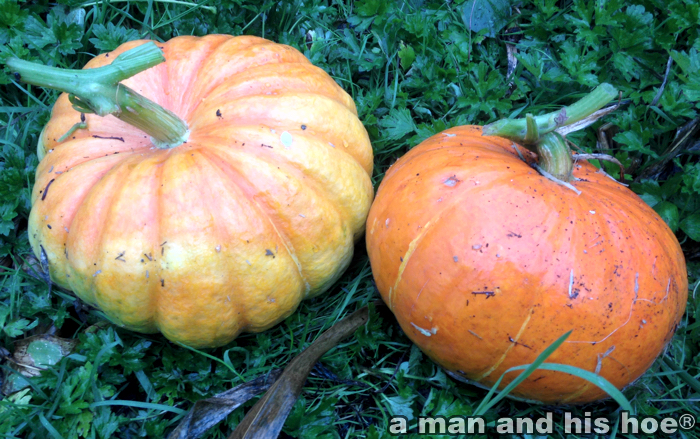 It’s a pumpkin kind of day. Time to bring in some pumpkins. You know it’s not pumpkin pie if it comes out of a can. Before you can make a real pumpkin pie, you have to feel the pumpkin in your hands, count its ridges, close your eyes and let it tell you how much cinnamon, how many cloves, how much cream it wants. Dream with the pumpkin and get to know it. You can’t do that with the pumpkin in a can. By then it is long dead and past sharing its dreams with you. Most likely, it’s not even pumpkin. It’s probably butternut squash or some other pumpkin wanna be. Life is too short not to have the real thing. 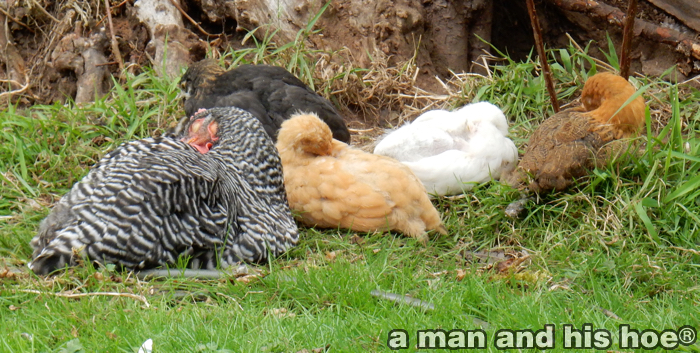 On a pumpkin kind of day, Madge’s chicks are glad to spend the day with their mother. Such days are numbered. Yesterday evening she flew up to the top of the roost to spend the night. Her chicks panicked. “Where is our mother?” they chirped and chirped as they ran around looking for her. The chickens on the roost weren’t about to let them fly up and crawl past them. Her chicks ended up spending the night, sleeping in the nest on the ground where their mother used to curl up with them. It was their first night on their own.

It’s a traumatic ordeal all chicks go through: that first night without their mother. No doubt it is a common topic chickens vent about when they lay bare their hearts to their therapist. “Describe your first night alone, without your mother,” must be a mantra of chicken therapists. It all goes downhill from there. 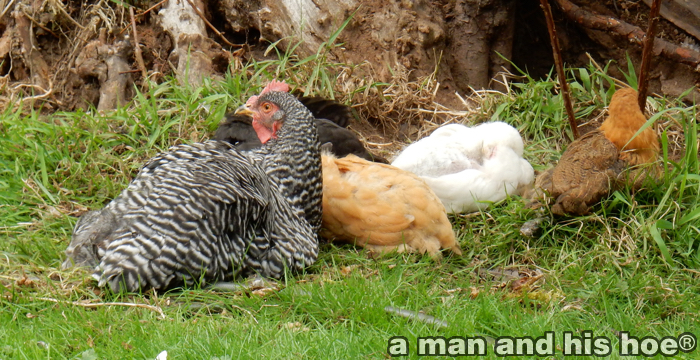 Madge’s chicks are very content this afternoon. They spent all morning and afternoon with her. Under the hawthorn, they preen and nap. As adults, I wonder if they will dream of this happy afternoon they spent with their mother on this pumpkin kind of day. 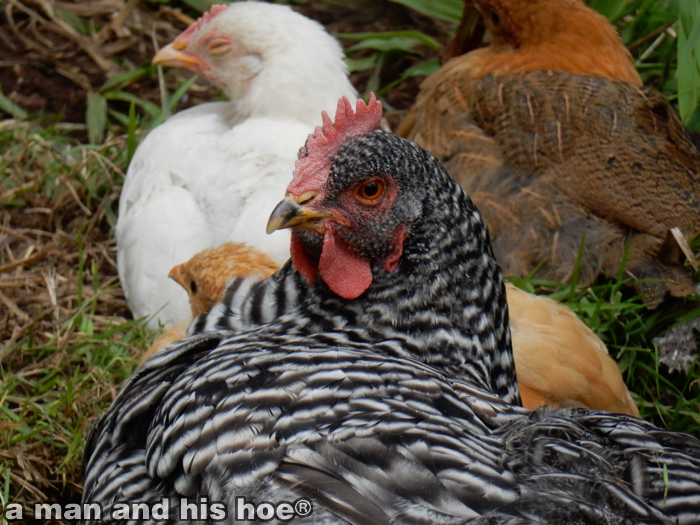