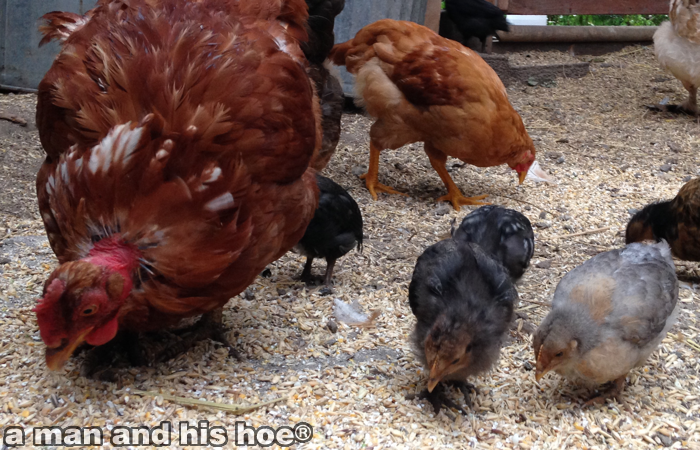 We woke up to steady rains. The long, cool, rainy season has begun. On a cool, wet morning, Lucky takes her chicks into the protected chicken yard for some breakfast. Watching the devotion a mother hen has for her chicks is inspiring. Until the chicks are big enough to be on their own, she will watch over them continuously. Where does this love and devotion come from? It is instinctual as hens raised without a mother, and having no training on how to raise a brood, can make excellent mothers. How does such complex behavior get passed through DNA and then expressed? How does a hen know to sit 21 or more days on her eggs to make them hatch? How does she know how to talk to them, how are the chicks able to understand her words? I’ve yet to find a scientific article that explains how such complex behavior gets passed down from generation to generation.

Having done a fair amount of programming in the past, I’m inclined to imagine that there are sequences of DNA where these instructions are encoded. But biology is infinitely more complex than software. It’s no doubt much more complicated than that. 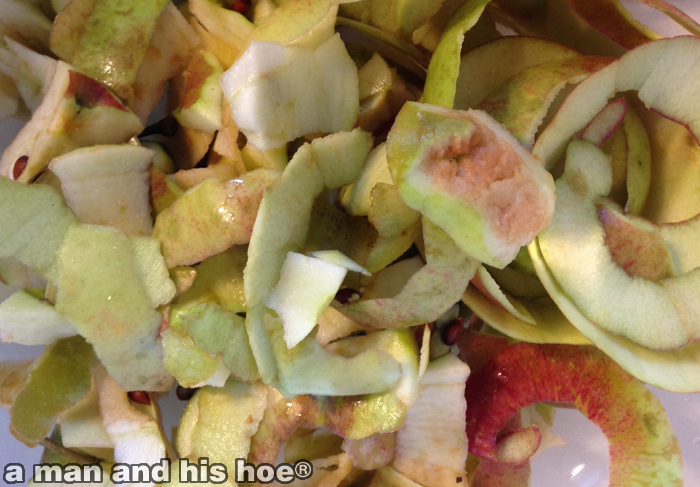 It’s just a matter of time before the most momentous event of the year happens – the arrival of the swans. We divide the year into four seasons, spring, summer, fall, and winter. But actually, the year in this valley can be divided into two main seasons. The season when the swans are here, and the season when they are gone. While the swans are here, it is cool and wet. When the swans are gone, it is warm and dry. Around November 1, they will start flying in by the thousands from their summer grounds in Alaska and Siberia.

It makes you wonder which they prefer. Would they rather spend the year in the treeless tundra? Or do they prefer this forested land?

When they waddle through the fields rooting for food, they look like herds of sheep. When they fly above, sometimes so close you can almost jump and touch them, they take your breath away.

In the meantime, while I wait for the swans to fly in from the ocean, a cool, rainy day is a good day to bake a pie. Peeling and cutting apple, I end up with a bowlful of peels and trimmings. Everything that doesn’t end up in the pie is something the chickens relish. As soon as I toss the apple peelings and trimmings outdoors, Lucky and her chicks are having their desert. Ours comes out of the oven about an hour later. 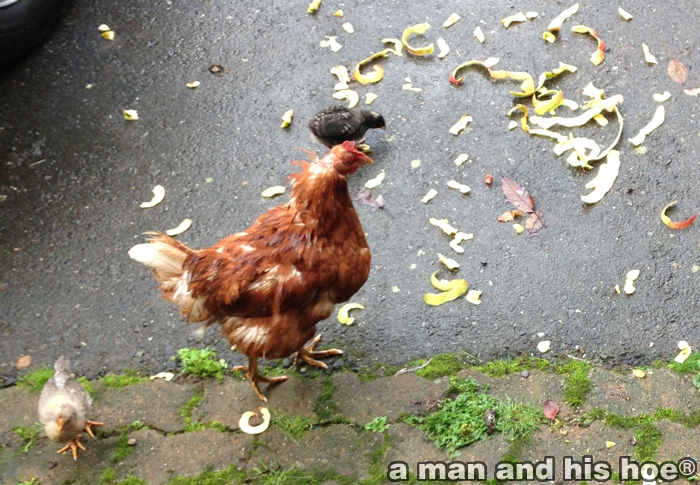 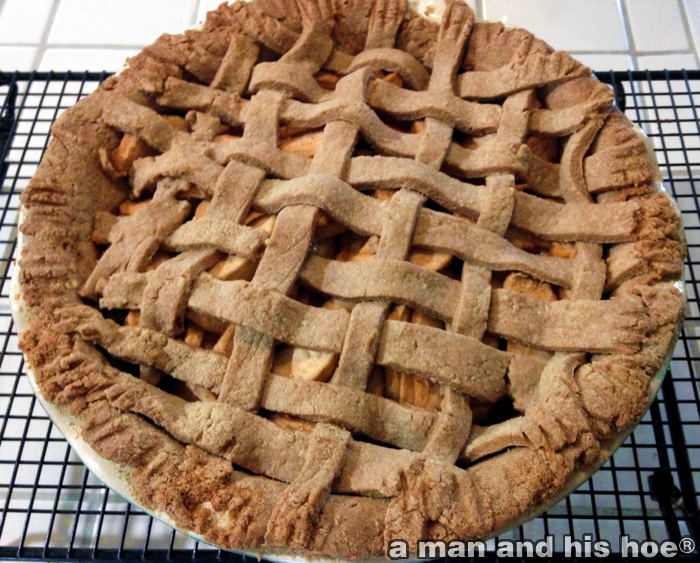