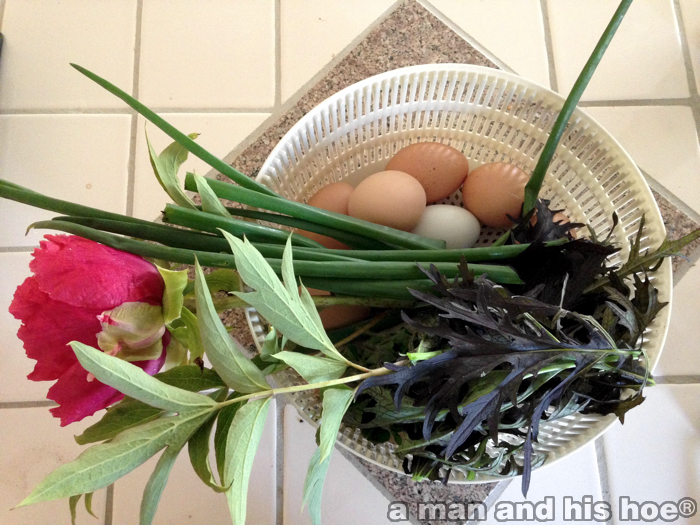 Along with fresh greens and eggs, there is the first peony of the year. Peonies in April, way up here! When have peonies ever bloomed in April this far north? Ten, twenty years from now, will they be blooming in March or even February?

Seven years ago on April 20, 2008, a late spring snow planted snowcaps on our tulips. The winter of 2008-2009 was brutal, with snow falling every day from December into March. Even our well froze and we survived by melting snow for several weeks. Such winters seems impossible any more. If the climate has changed this drastically in such a short time, what will it look like in another decade or two? 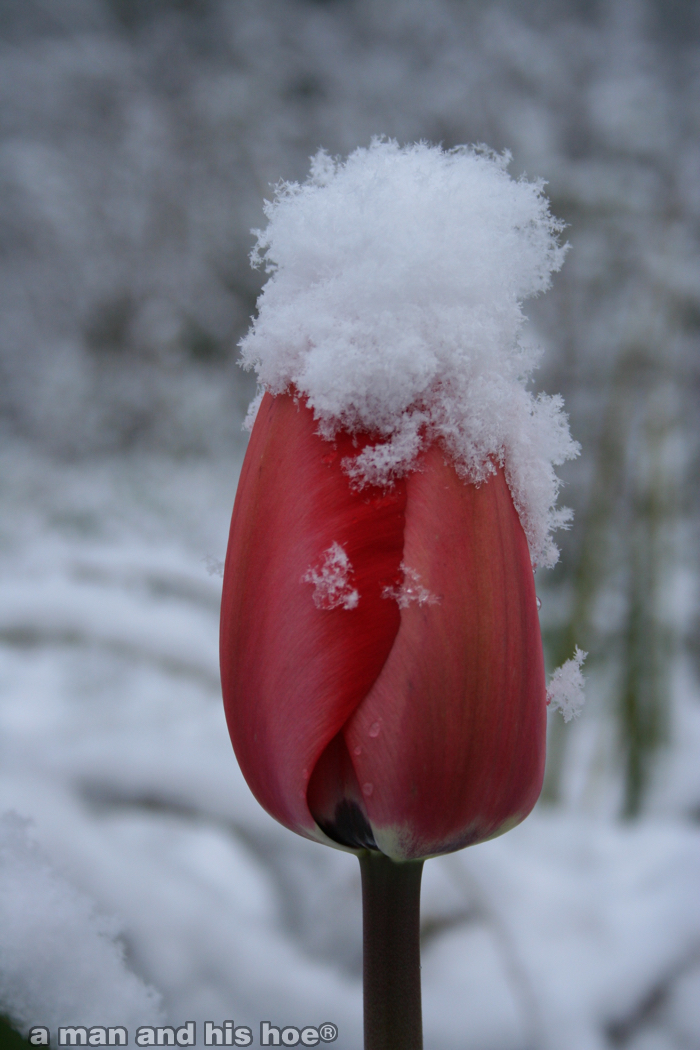 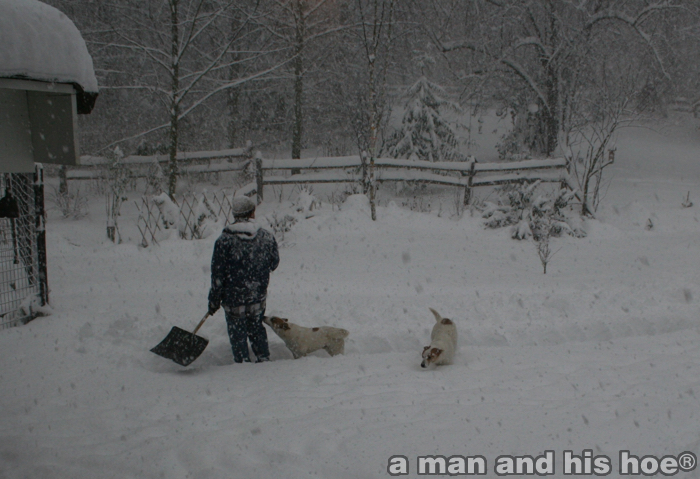