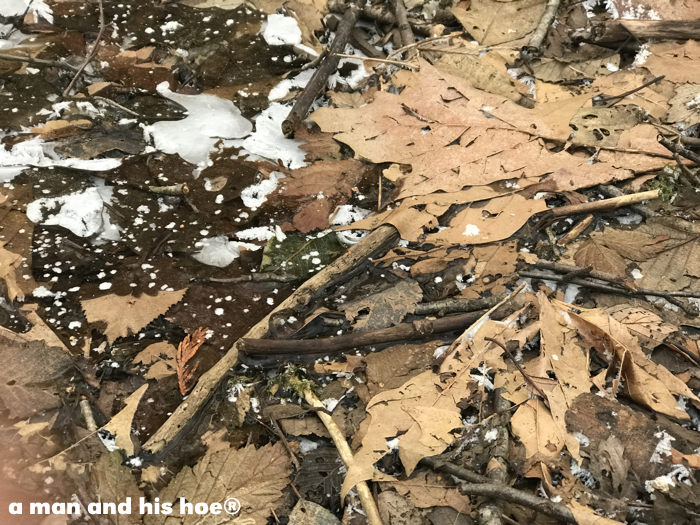 It’s a brown, brown world in the forest. The dried leaves above are actually frozen in an invisible sheet of ice. Walking on them is like walking on thick glass. There is no crunch of dried leaves, just silence. The ice is so thick and hard, it doesn’t give. 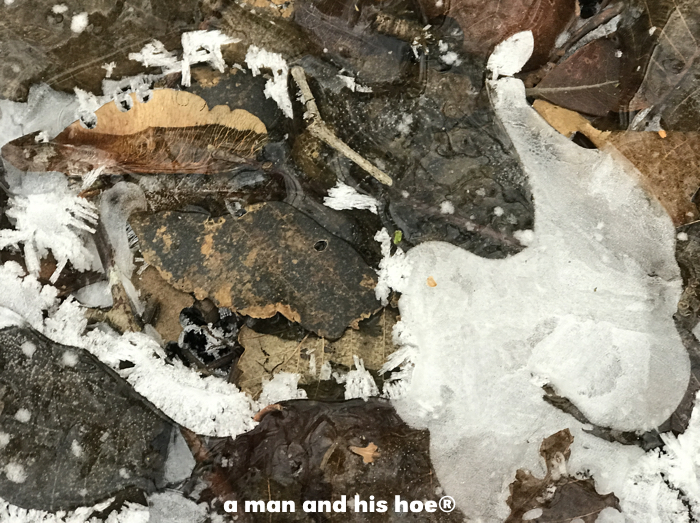 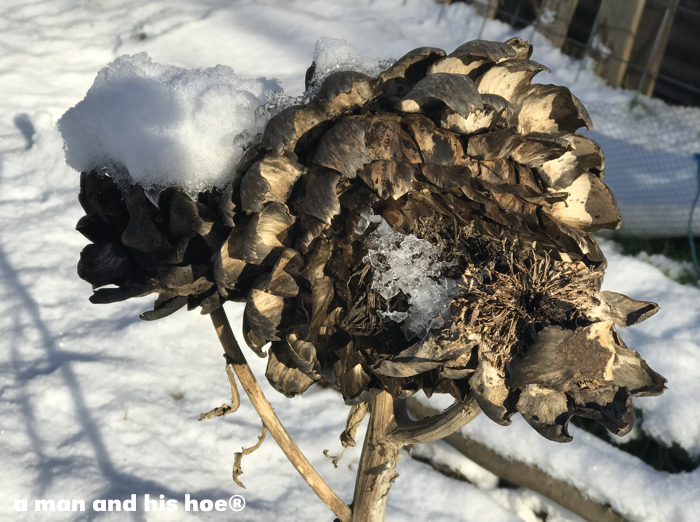 In the vegetable garden, the artichoke blossoms have turned to an ashen brown. I’ve left them because I’ve read that insects overwinter in places like these.

Maple samara lie still in the snow, their wings slowly decaying. In places they gather by the handful, like dead butterflies. A single tree produces tens of thousands of samara, each with two seeds. Of these, just a handful ever become a tree. It seems like a wasteful process, but it works. Maple trees have been around for over a hundred million years. 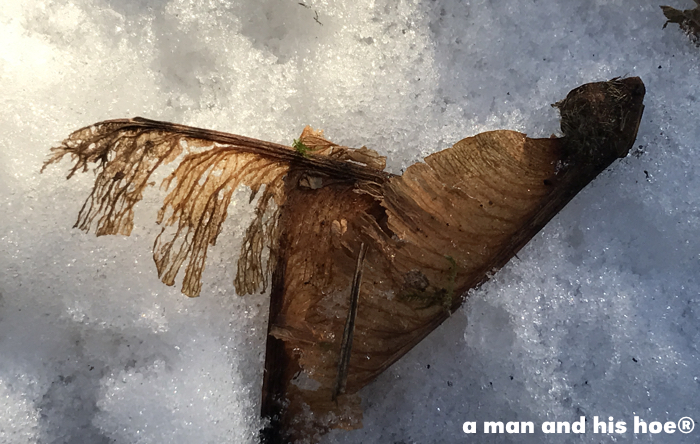 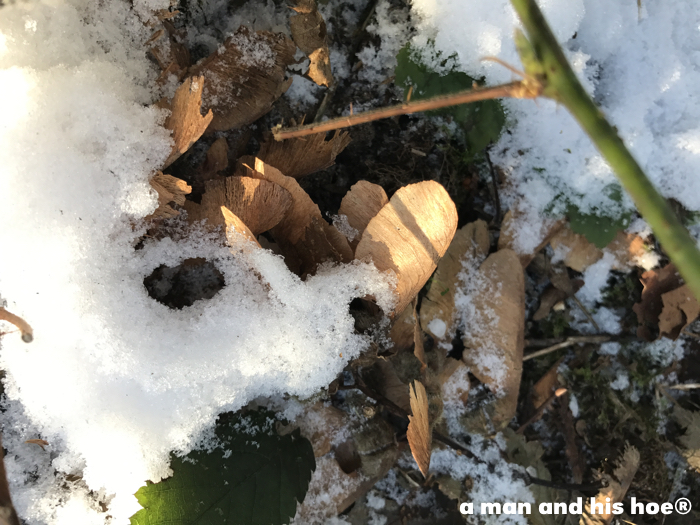 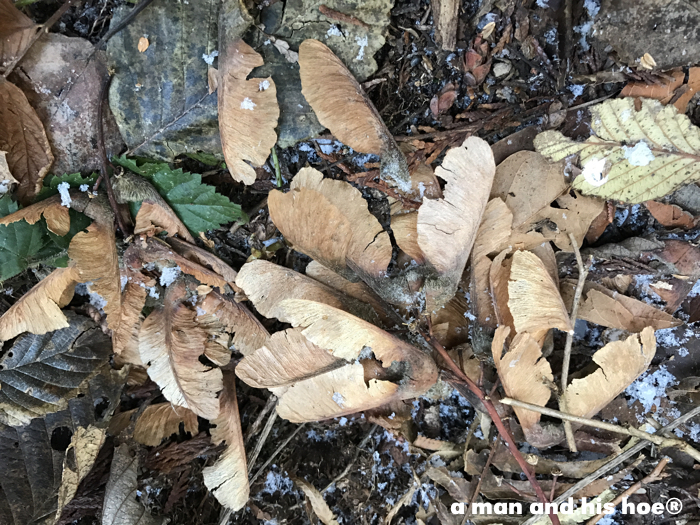 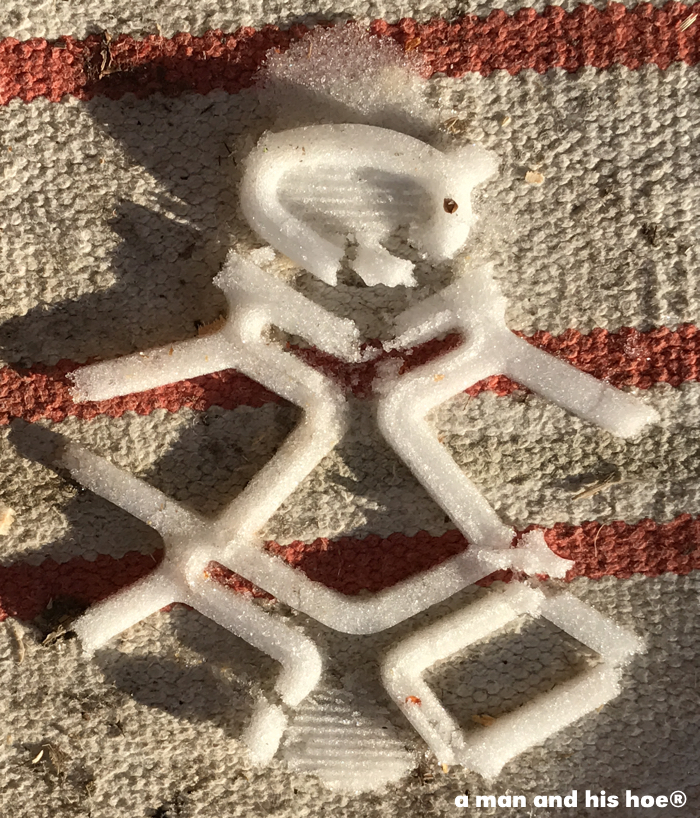 A snow print from a boot looks like a cartoon character. Art happens when you least expect it.