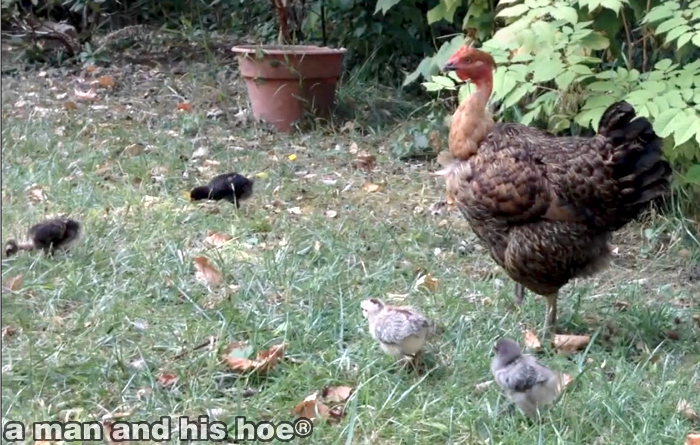 The quality of these photos aren’t good, but they do give a sense of what happened. I found Hazel foraging with her chicks, except one was missing. It wasn’t too far away and peeping. I wondered why it wasn’t joining the rest. On investigating, I saw the chick had caught a dragonfly and was trying to eat it. The dragonfly was too big to swallow but the chick was not about to let it go. It didn’t want to join its siblings because if they saw it had a big dragonfly in its beak, they would want to eat it too. How many chicks ever get to catch a dragonfly?

Hazel came over to check on her chick and when the other chicks followed their mother and discovered the missing chick had a big dragonfly in its mouth, they wanted it too. The chick ran off into the bushes and managed to get the dragonfly down its throat before joining Hazel and the others on their foraging adventure. 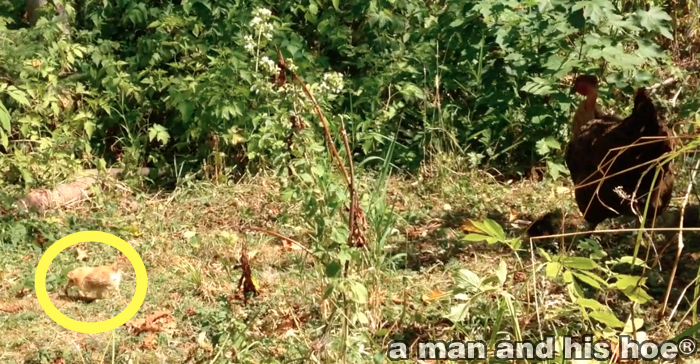 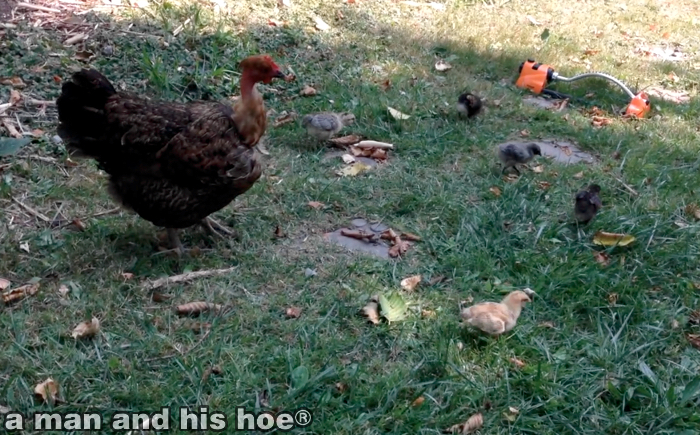 Little chicks thrive on adventure. They need adventure almost as much as they need love. Hazel’s chicks are 18 days old. Like exuberant children, they can be a handful for her to watch.