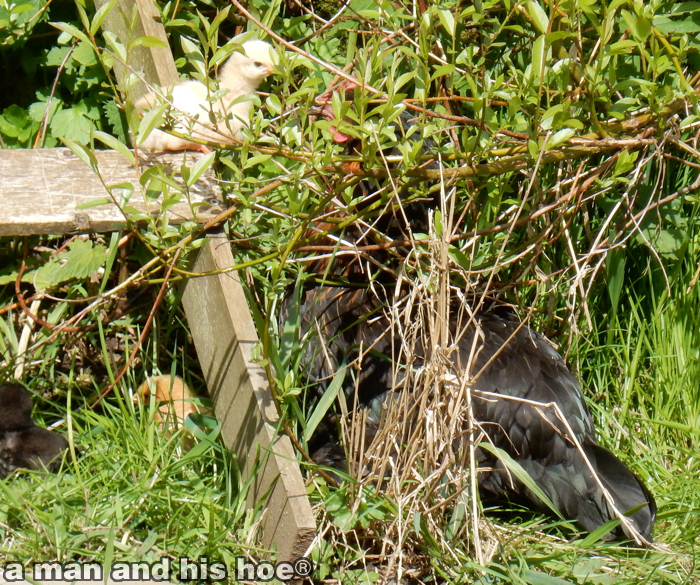 Skunky’s mother is taking a rest in the grass. I see some of her chicks, but where is Skunky? As you can see, chicks like being next to their mother. They are relaxed and take the time to preen their tiny new wing feathers. 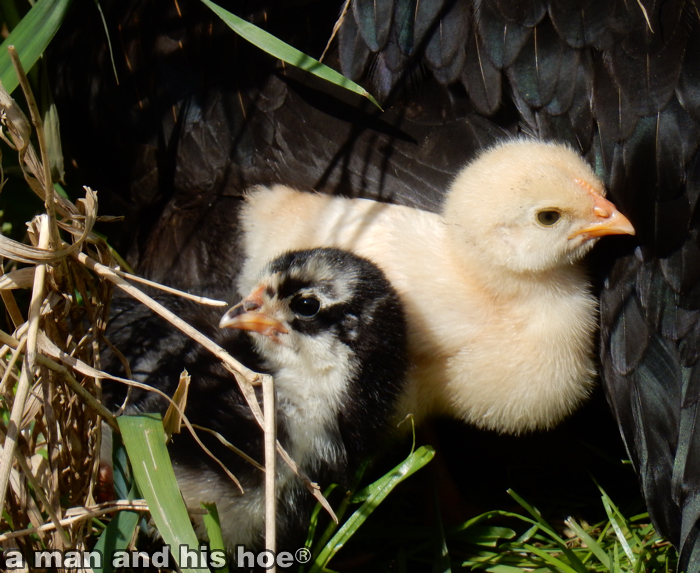 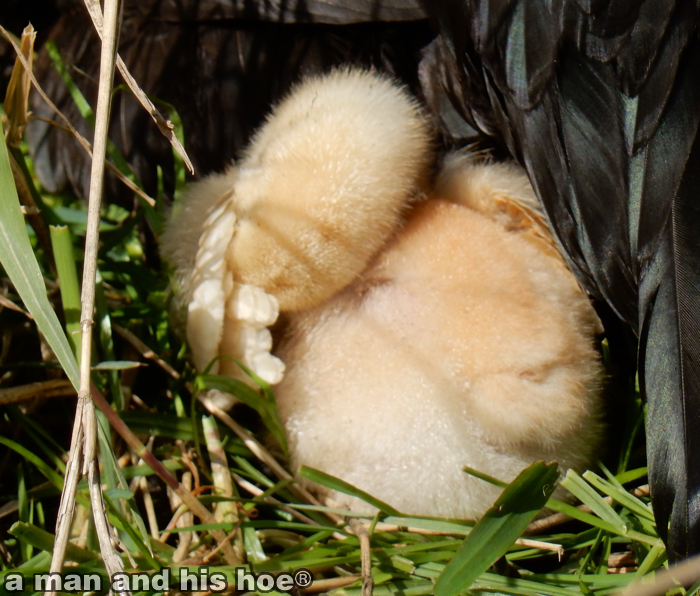 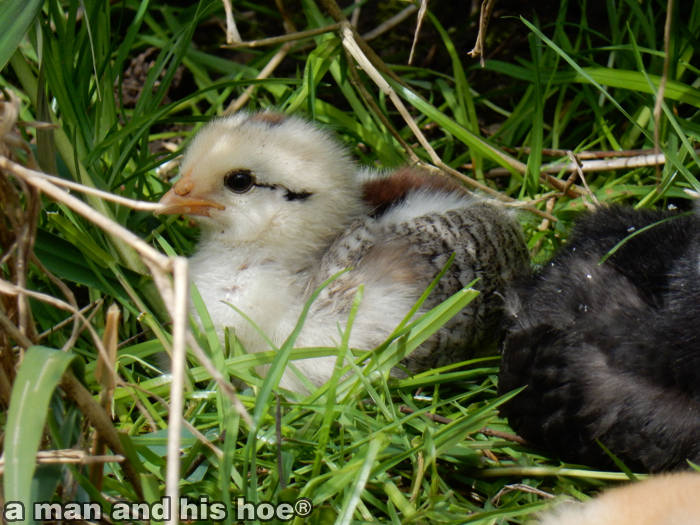 When the mother gets up from her nap, out pops Skunky and more chicks. They were napping under her. She’s wandered off with some of the chicks in tow, but these three are just comfortable enjoying the afternoon sun. 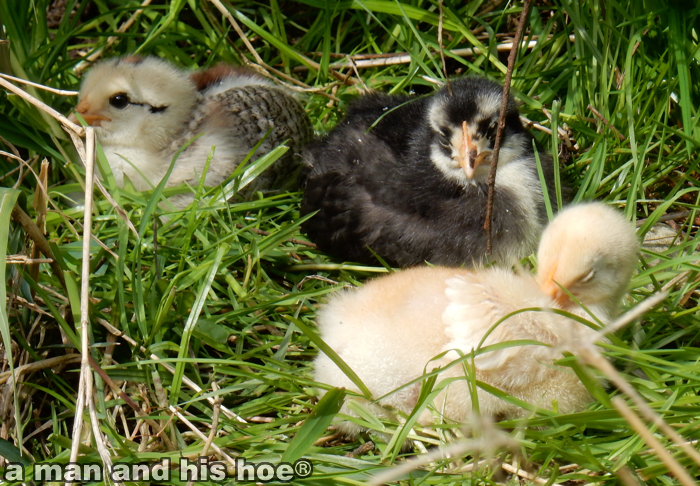 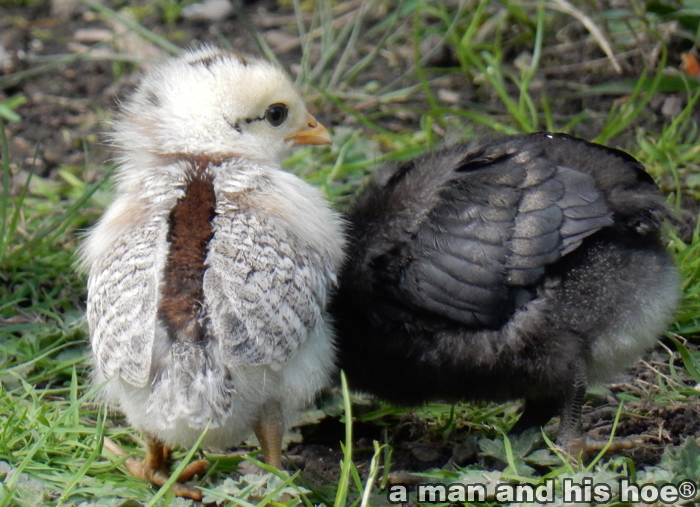