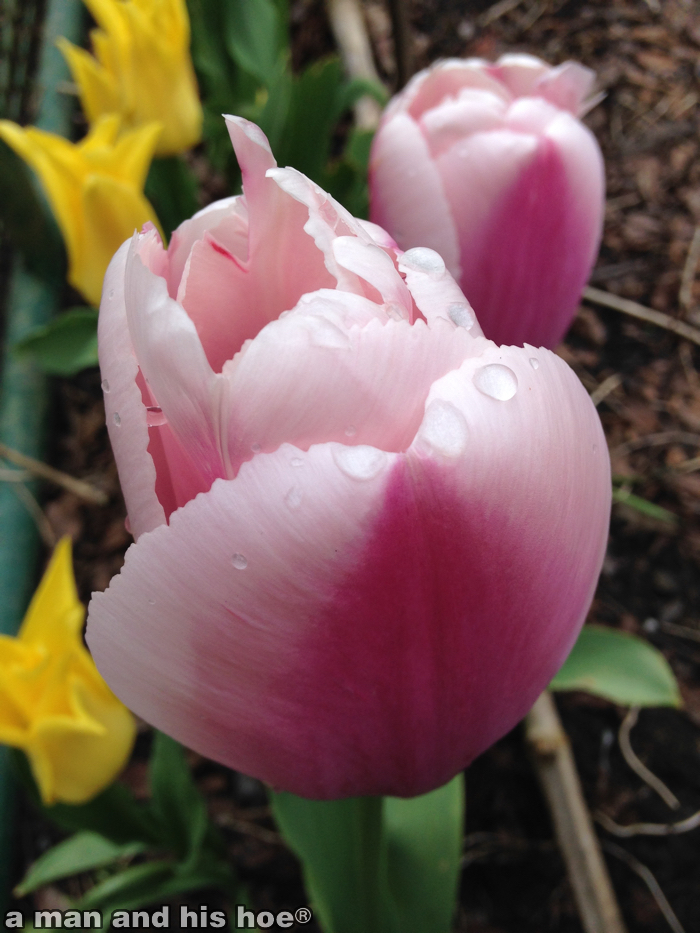 I don’t have the heart to cut these tulips. They are too beautiful to take inside, so they really aren’t “Out of the Garden” … they are still very much in the garden. 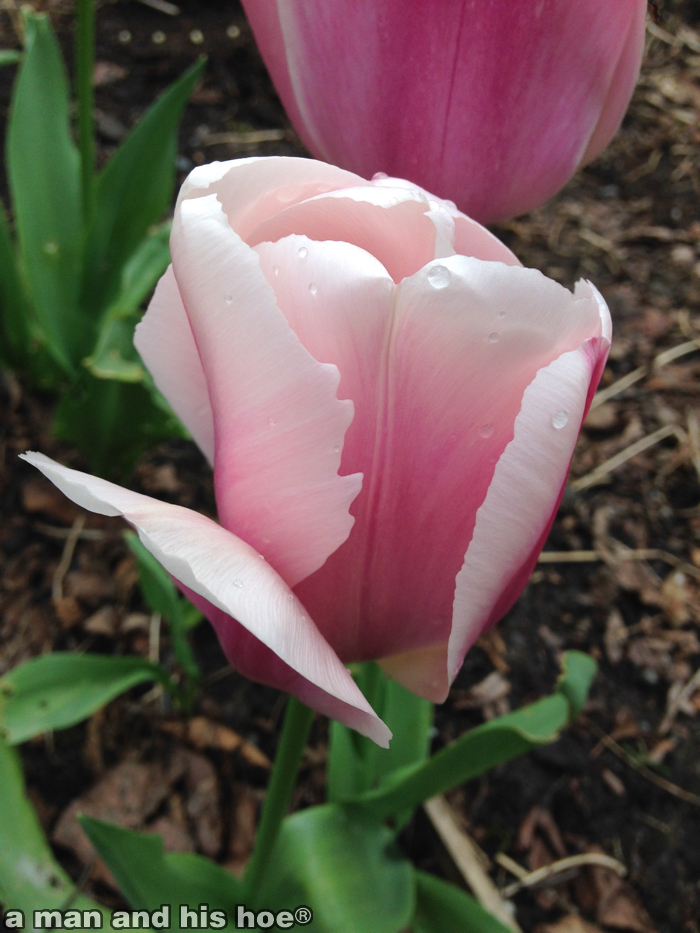 What did come out of the garden and into the house today were some over wintering kale and one of Cognac’s deep brown eggs. After growing produce for a number of years and watching the chickens hatch and raise a new generation each year, my understanding of what food is has changed. Ninety percent of the food on grocery shelves isn’t food. It’s some sort of edible (edible in the sense that it won’t kill you within hours of eating it) stuff that has been processed so much that it’s impossible to decipher from what plant or animal it came from. It’s not really food. It’s some sort of industrial product we’re told is food. 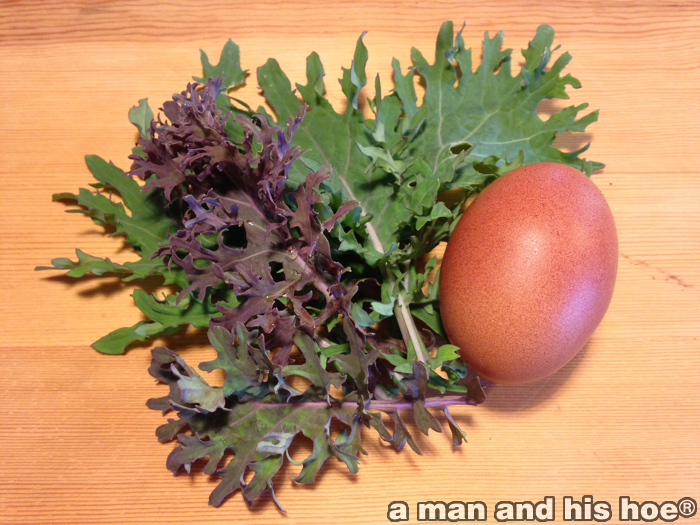 There’s no substitute for eating living things. Take the kale I picked above. We ate it within ten minutes of picking it out of the garden. The leaves were still respirating when we ate it. It’s the way most of nature eats. Even earthworms feast on living things: fungi, rotifers, nematodes, bacteria, and protozoans. They don’t first kill their food and then run it through industrial processes until it’s unrecognizable. They dig through the earth, sucking in living things and digesting them.

It’a fascinating working in the garden and seeing how alive the soil is. It’s teaming with life: earthworms, spiders, bugs of all sorts, and millions and billions of tiny creatures I can’t see. Good food is alive.