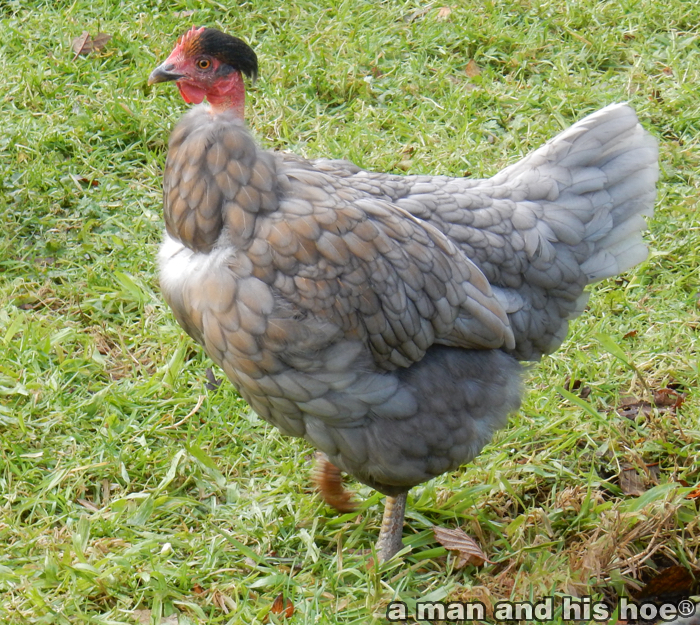 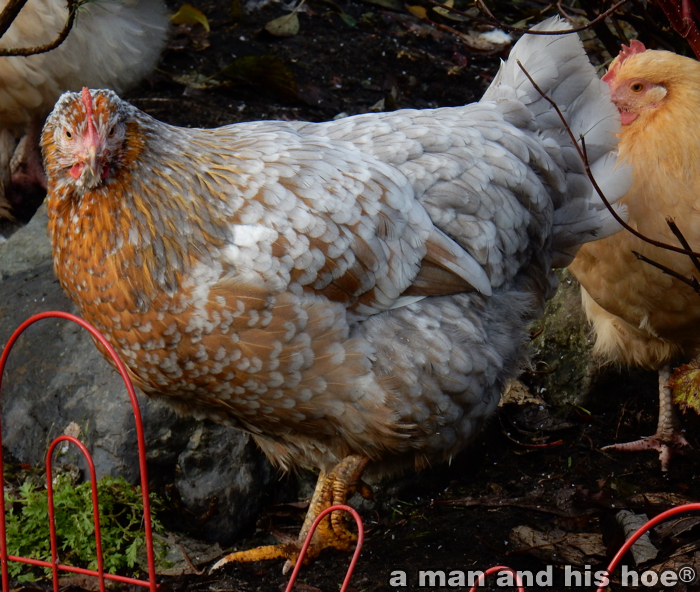 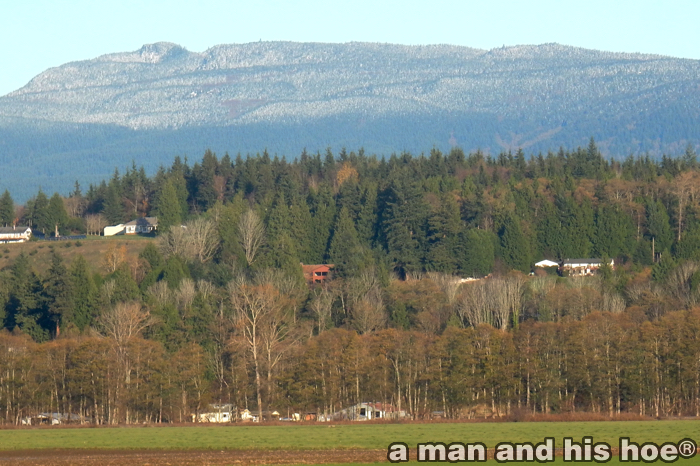 The first snow of the season on the foothills filled today’s bike ride to the post office with beauty. The cold wind flowing down the Fraser Canyon in British Columbia made holding the camera still a challenge. Mt. Baker’s bare, craggy rocks are no more. The whole peak is swathed in deep snow. On the slopes of Mt. Baker, the marmots and pikas are deep in their dens. The marmots are probably hibernating already while the pikas stay warm in their burrows, munching on the grasses and herbs they collected and dried during the summer. 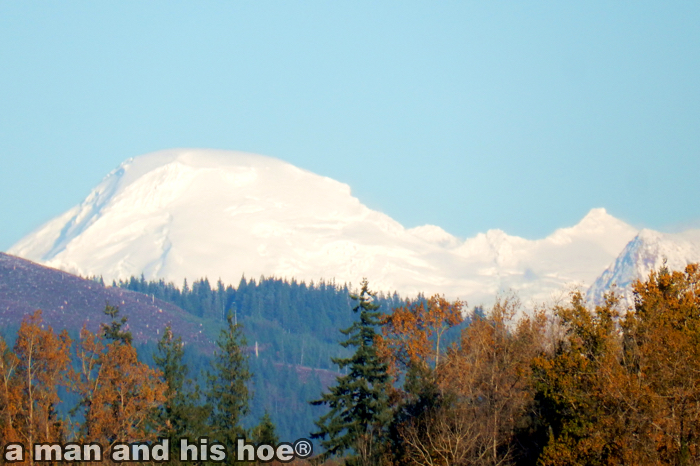 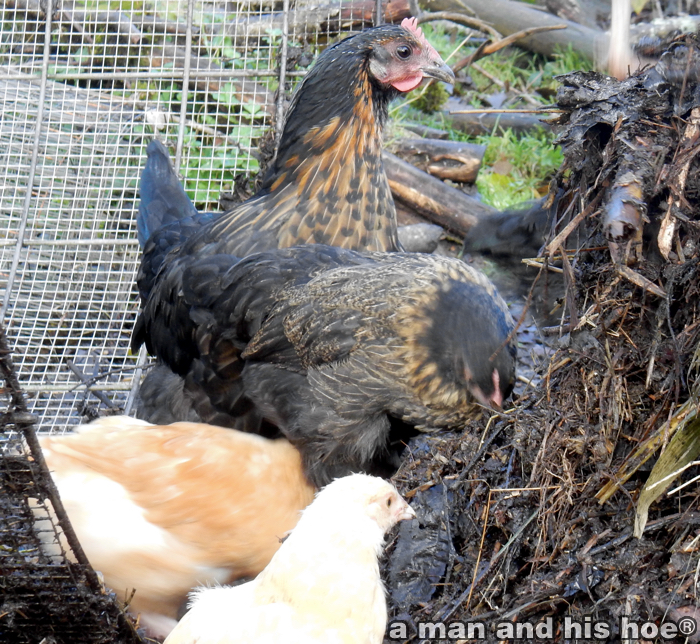 Margaret and her chicks are far from hibernating. This is her second clutch this year. Her chicks are perfectly capable of being on their own, but she still dotes on them, making sure they are out of harms way as they scratch and peck their way through the compost pile I turned today. They will be two months old on Thanksgiving. The other day, two of her chicks were having a sibling fight and I watched her break them up. If one lags behind too far, she’ll go looking for it and tell it to hurry along. 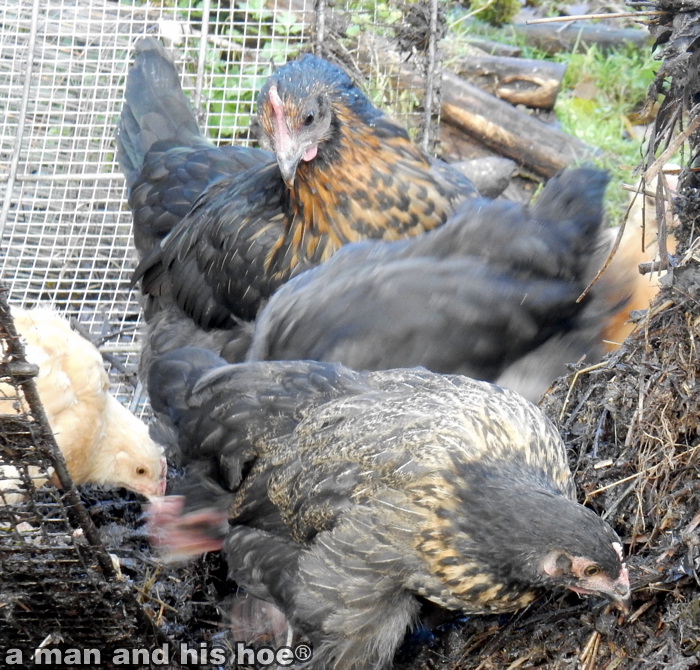