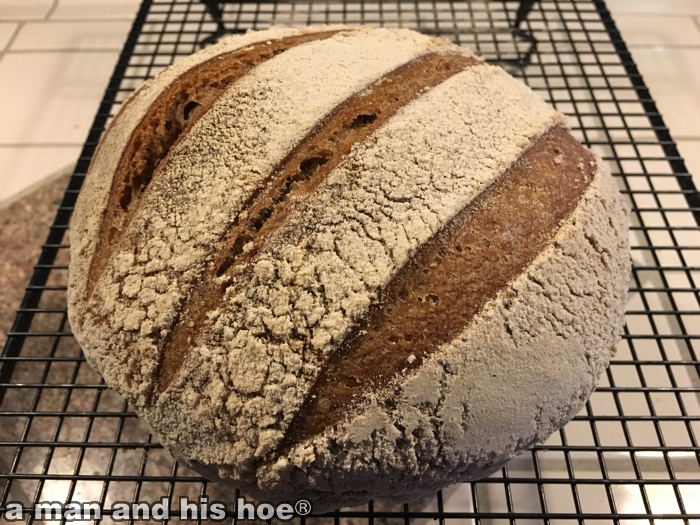 Better, this bread is better than before. I made a loaf following the instructions I found in an article, Bread for Success on bon appétit’s website. I deviated from the article a bit, as the size of loaf that article made was twice the size I wanted to make. They were using nearly three pounds of flour, and I like to keep my loaves at one pound or less.

The other difference is that they use mostly regular flour whereas I use all whole wheat flour. They also used a machine to mix the dough, whereas I do the mixing by hand. I think the dough prefers to feel my hand mixing it versus a cold, steel hook. Wouldn’t you? Instead of moaning, “Ow! Ow! Ow!” the dough says, “Ahhh! Ahhh! Ahhh!” when you use your hand. When cooking, it’s important to think from the stand point of the food you are handling. How would that food like to be handled? Does it prefer to be held this way or that? Touched this way or that? You want it to thank you for being kind and gentle. After all, it’s going to become part of you.

But, wow! The bread came out so well with a nice, crunchy crust, and soft, springy inside. Which goes to show, you’re never to old to do it better. 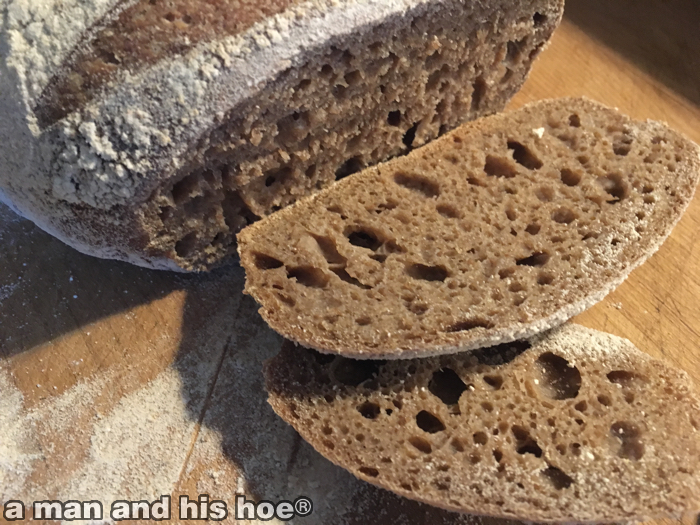