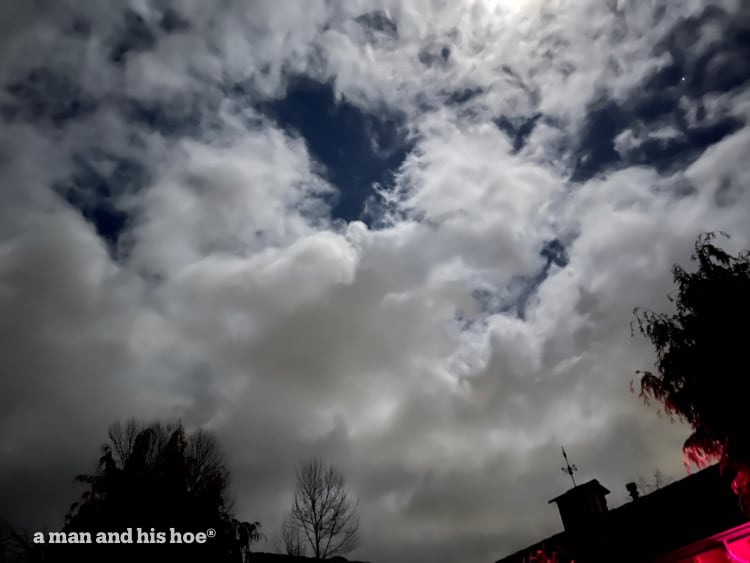 Moonlit clouds at night show how fleeting things are. Everything changes second by second. Every time I venture out, enough things change so that I may as well be traveling down the road I’ve traveled for years as if it were the very first time. 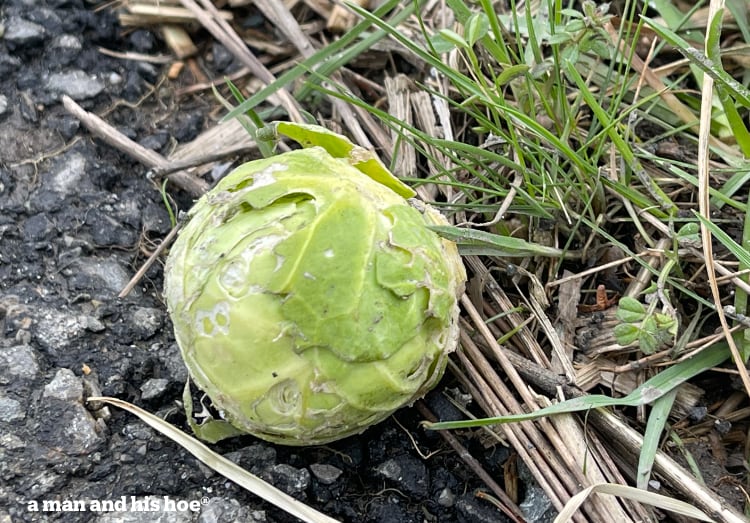 I run into so many mysteries, at times I wish I had an office full of private investigators I could send out to solve these puzzles. Not too long ago I was biking from the Bow Post Office to Allen and saw Brussels sprouts along the side of the road. Not just one or two, but several miles of them, one, two, or three every so often. Where did they come from? A modern Hansel and Gretel dropping Brussels sprouts as they walked along so they could find their way home? Naughty children in a car, tossing Brussels sprouts out of a grocery bag so they wouldn’t have to eat them?

The most likely explanation is that they fell off a truck hauling a harvest of them, only there are no fields of Brussels sprouts nearby. How many detectives would it take to solve the mystery? What would the people who lived along Chuckanut Drive say when someone knocks on their door to ask, “When did you first see the Brussels sprouts on the road?” They would want to hire their own detective to find out why this mysterious person appeared at their door asking about Brussels sprouts. 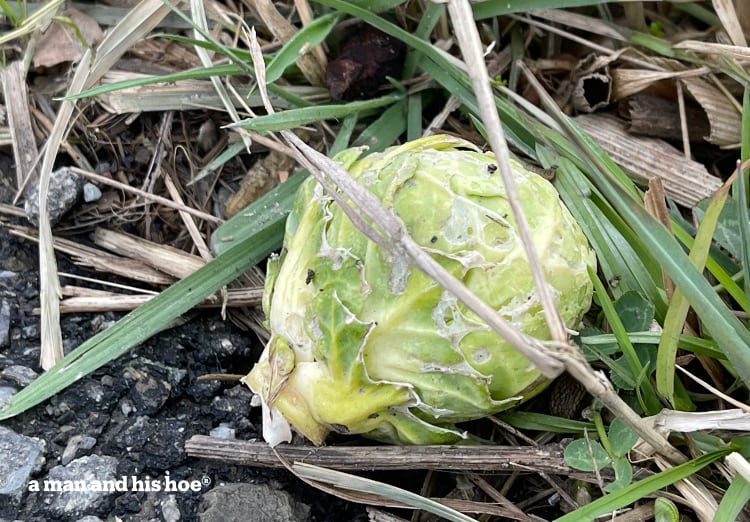 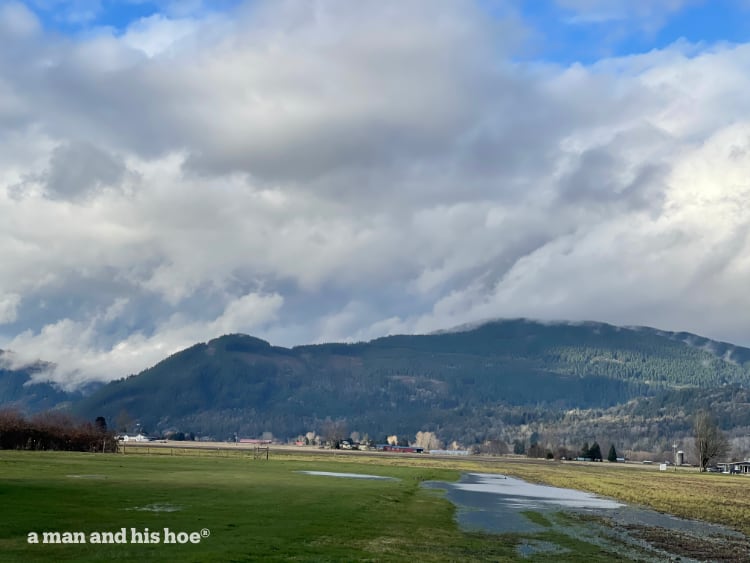 Most of the mysteries I encounter will stay mysteries forever. Maybe unsolved mysteries are the cause of old age dementia. Perhaps unsolved riddles keep piling up in the brain until it short circuits. One mystery was solved today. I saw the first Robin of the season hopping about. It doesn’t matter how many times I’ve seen the first Robin of spring. It’s as exciting as ever. 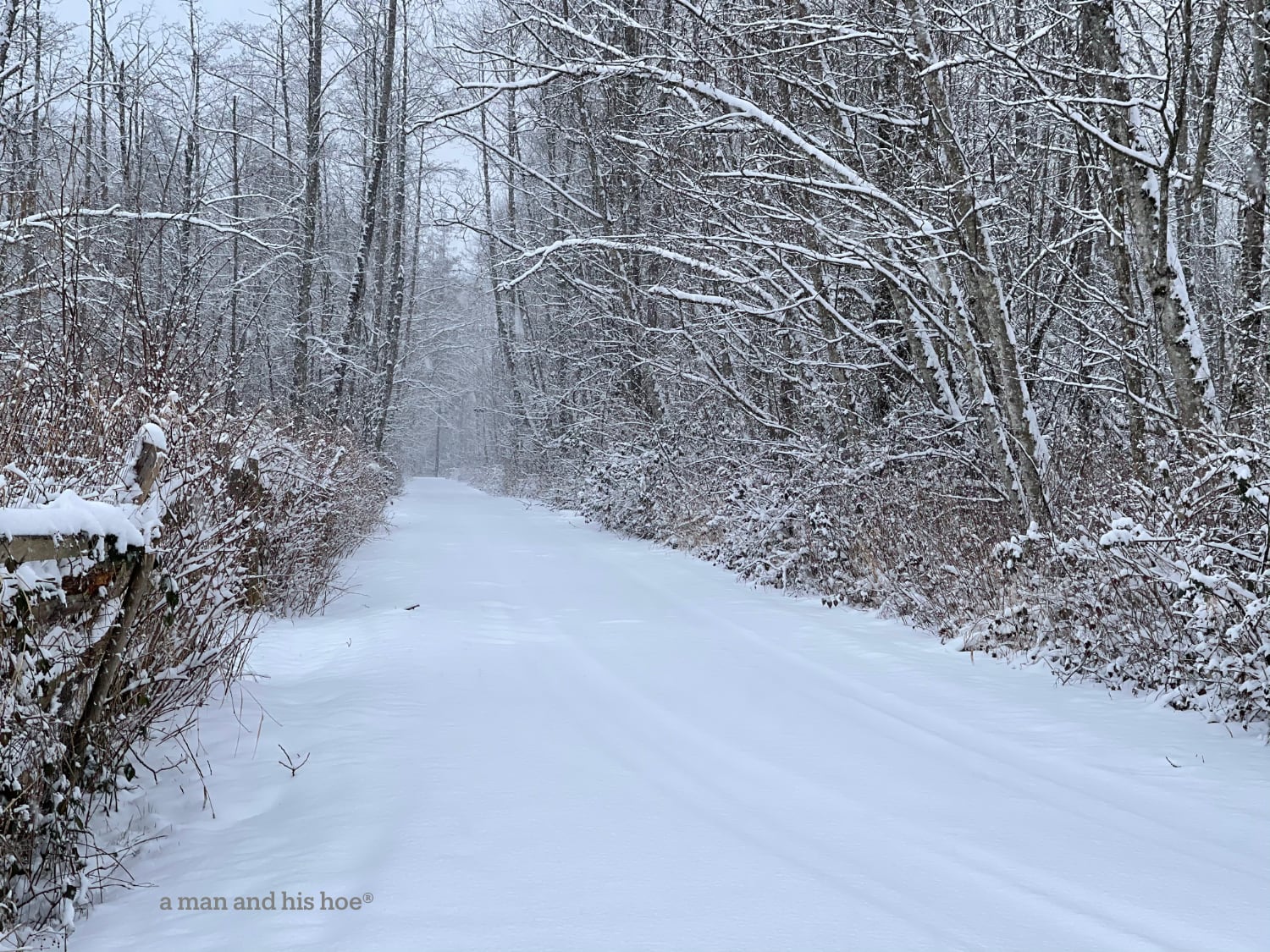 A soft snow puts spring on pause and turns the lane into a poem. 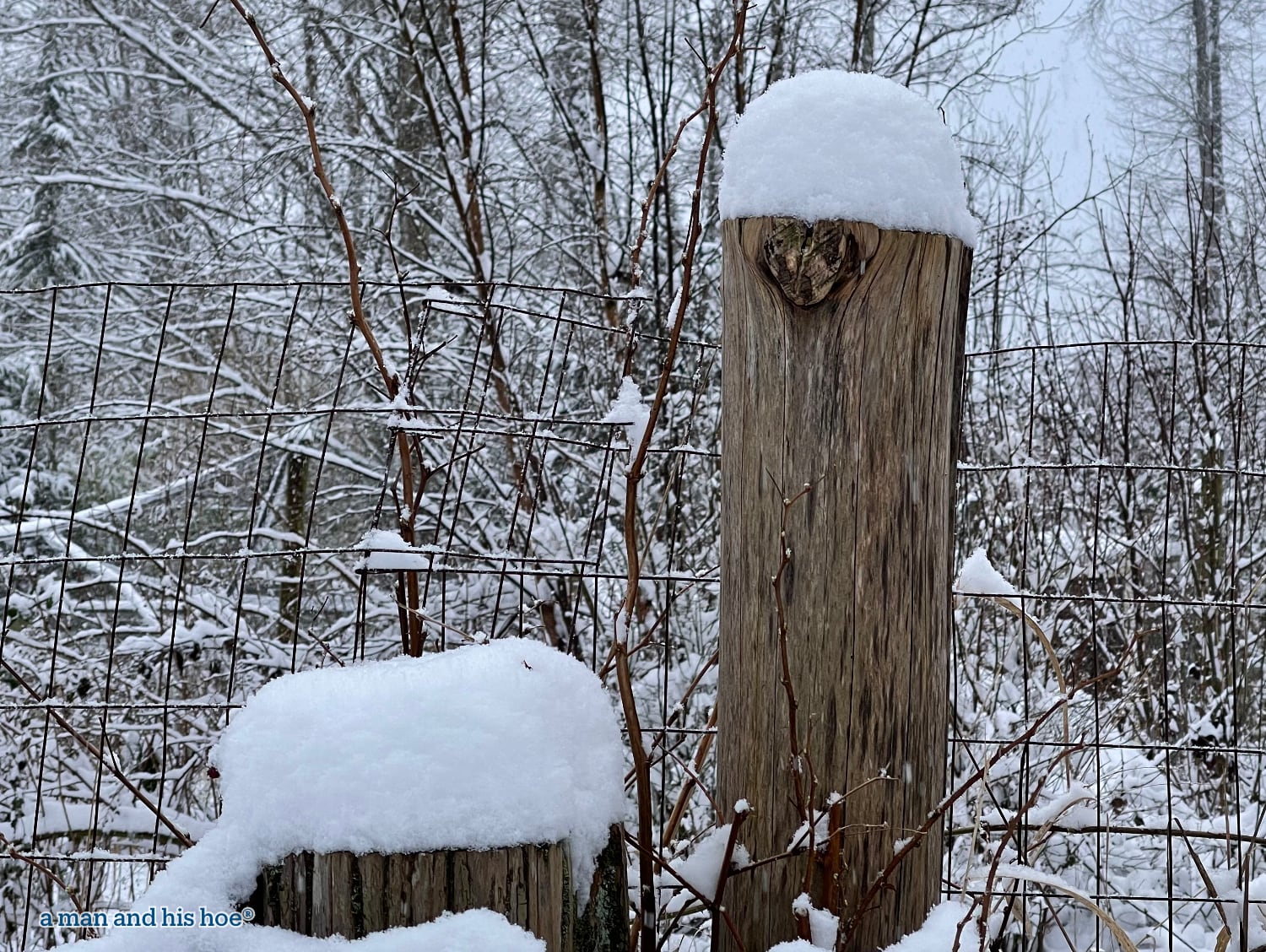 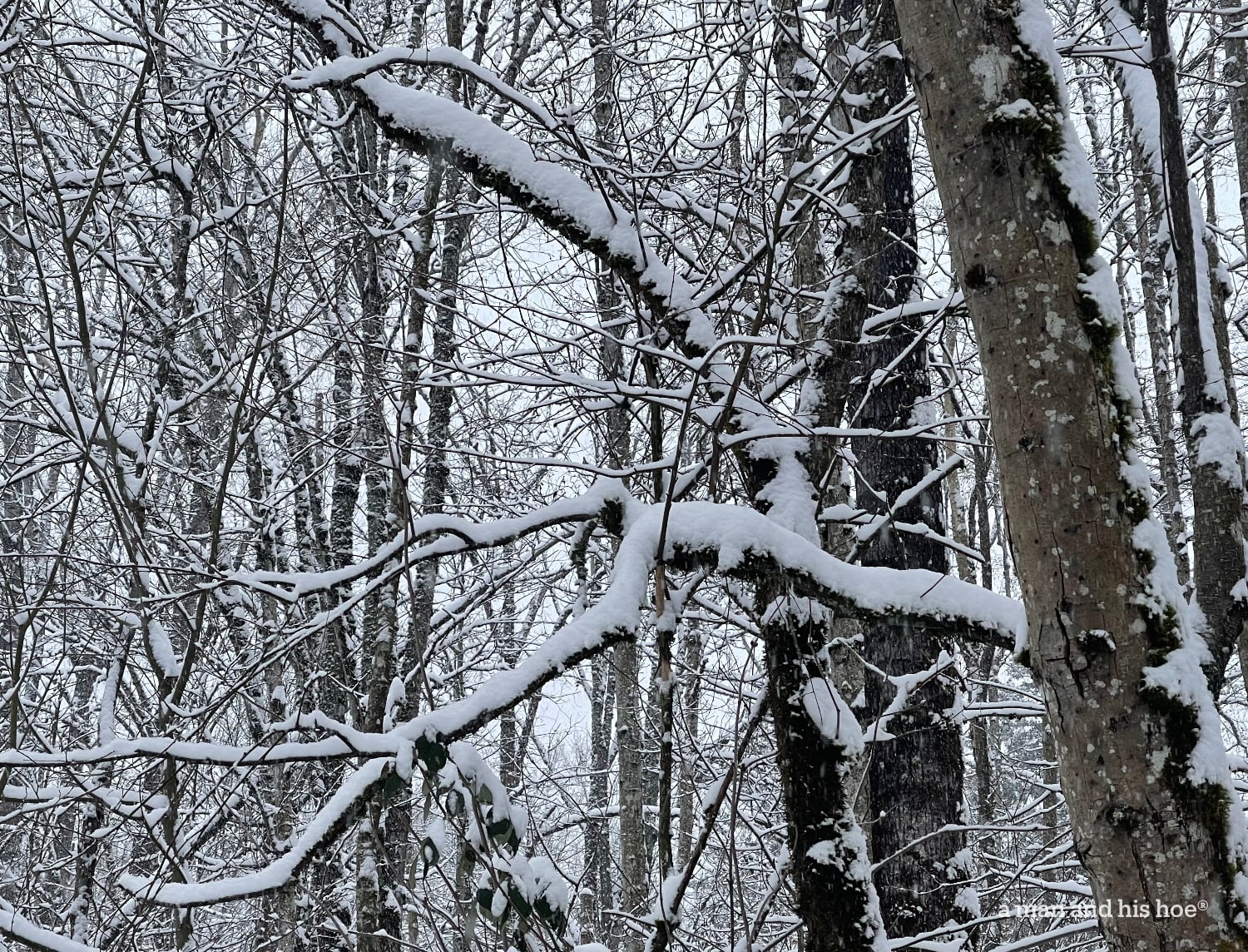 Snow covered branches turn the forest into a modern abstract canvas. Though is it modern art? People thousands of years ago saw these very shapes and forms. 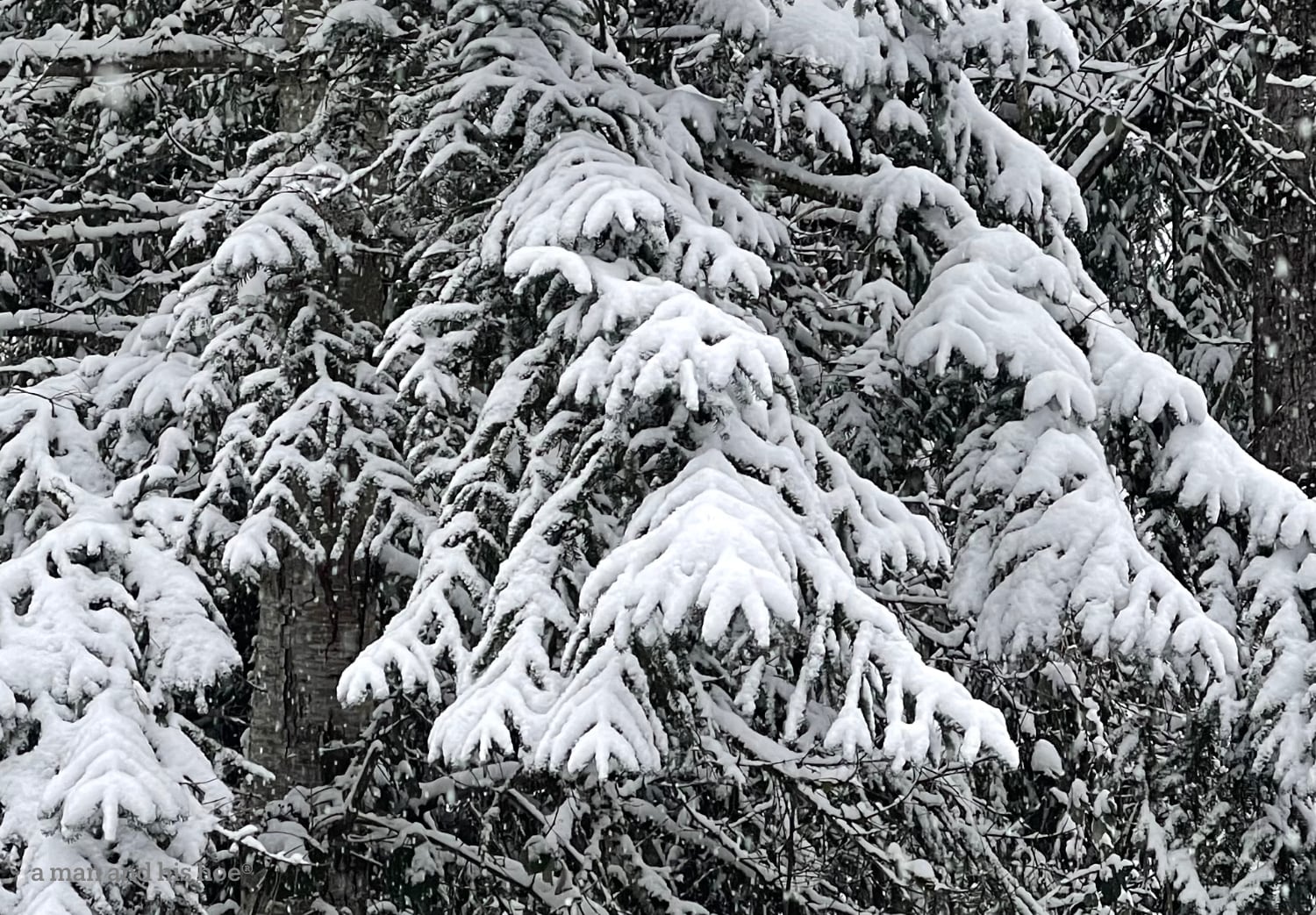 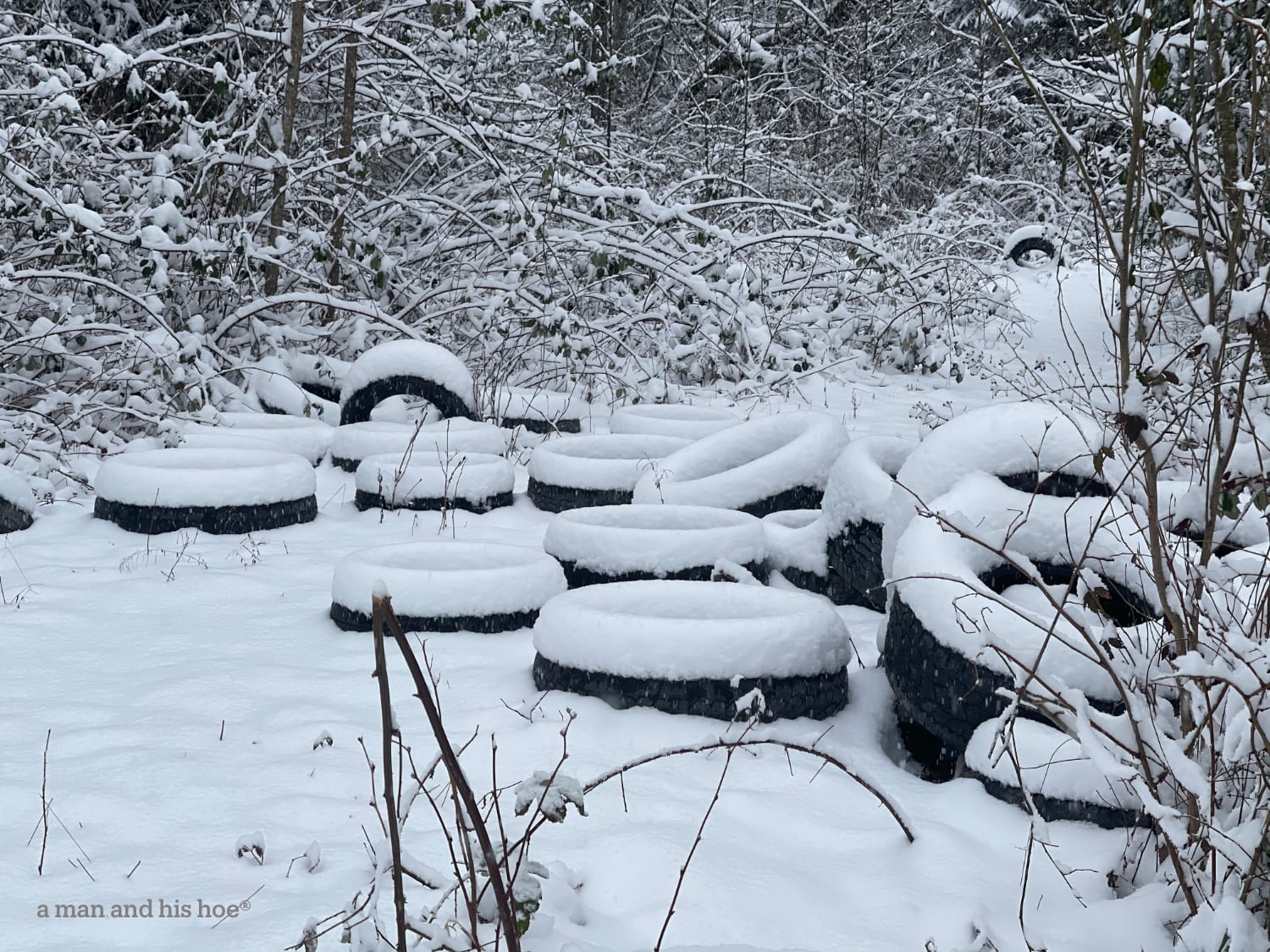 Snow turns the pile of discarded tires some thoughtless person threw away in the dead of night into something beautiful for a day or two. Who do you call to get rid of thirty truck tires tossed onto a vacant lot? Who has thirty truck tires? It’s a mystery with possible connections to desperate and shady characters I’d rather not meet. Maybe someone has whispered something in your ear about these very tires.

Someday in the future, we’ll be able to take a photo with our phones and it will be able to analyze the DNA it sees on such tires instantly and tell us everyone who ever touched the tires. But will we want to know? 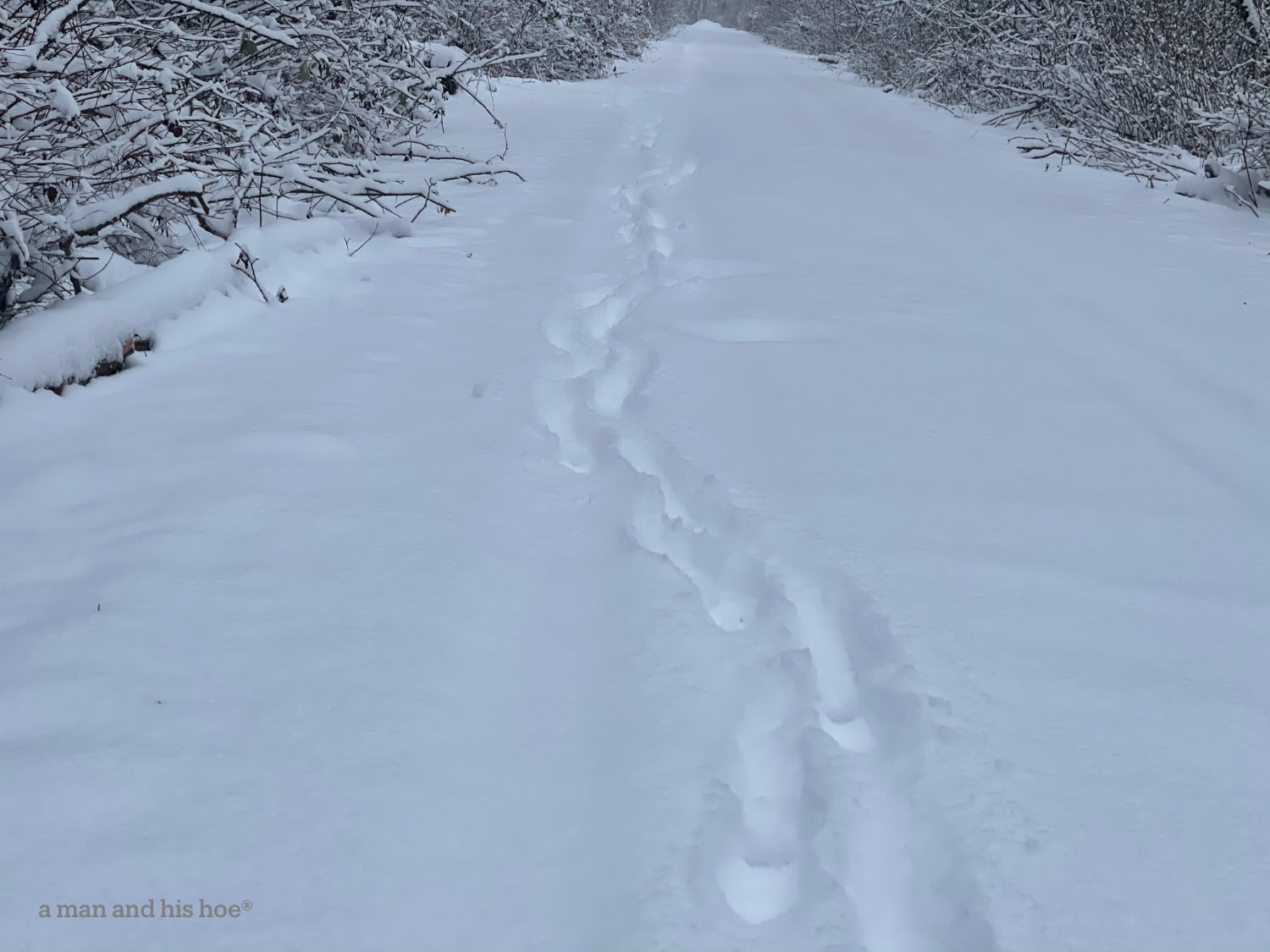 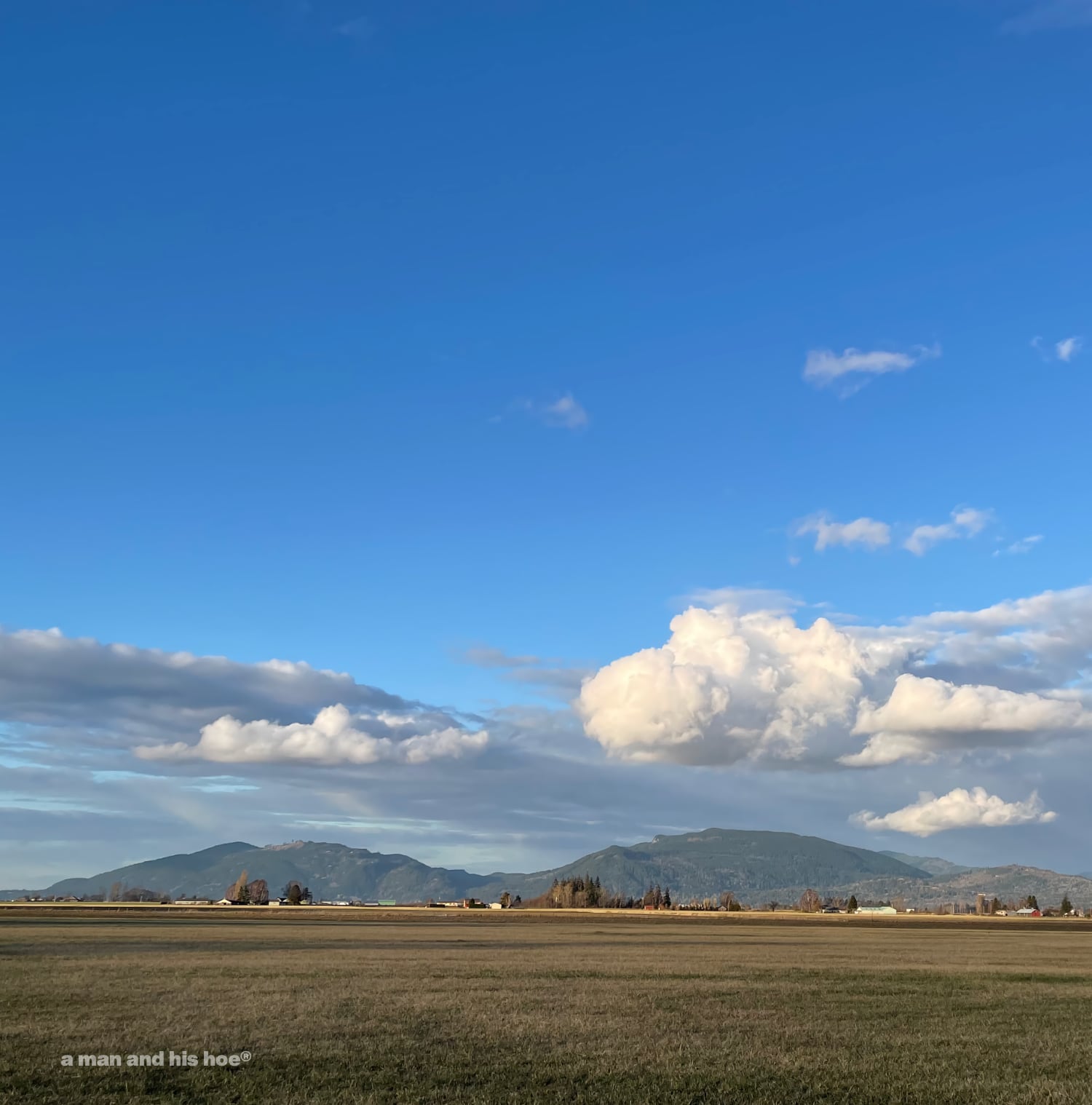 Every time I make a tofu delivery to the Anacortes Food Co-op, I look forward to the trip home. What will I get to see this time? A few weeks ago I discovered a spot along Padilla Bay where snow geese congregate.

Yesterday panoramas of blue, winter sky, clouds and mountains made me stop a number of times to pause and enjoy the view. 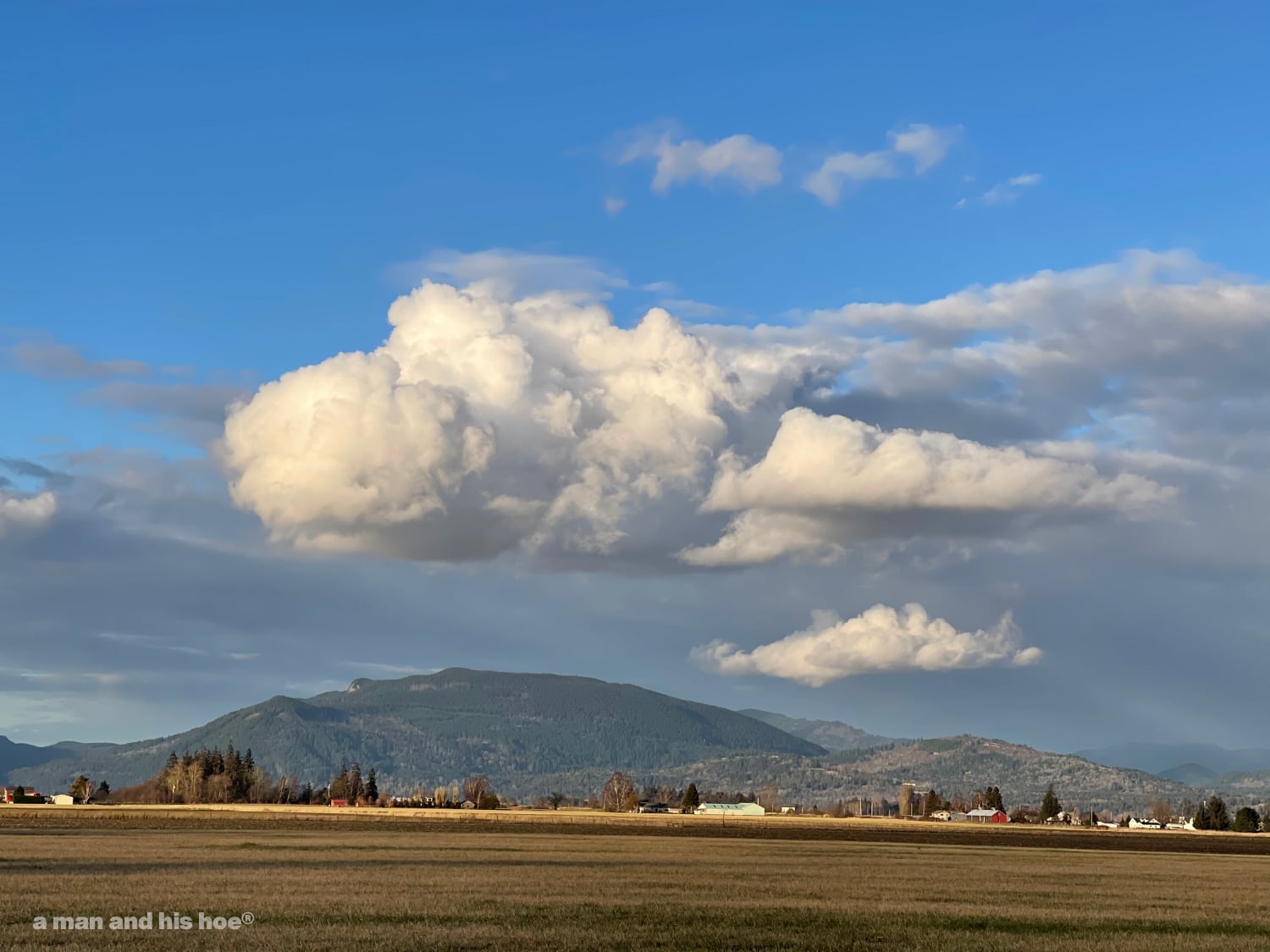 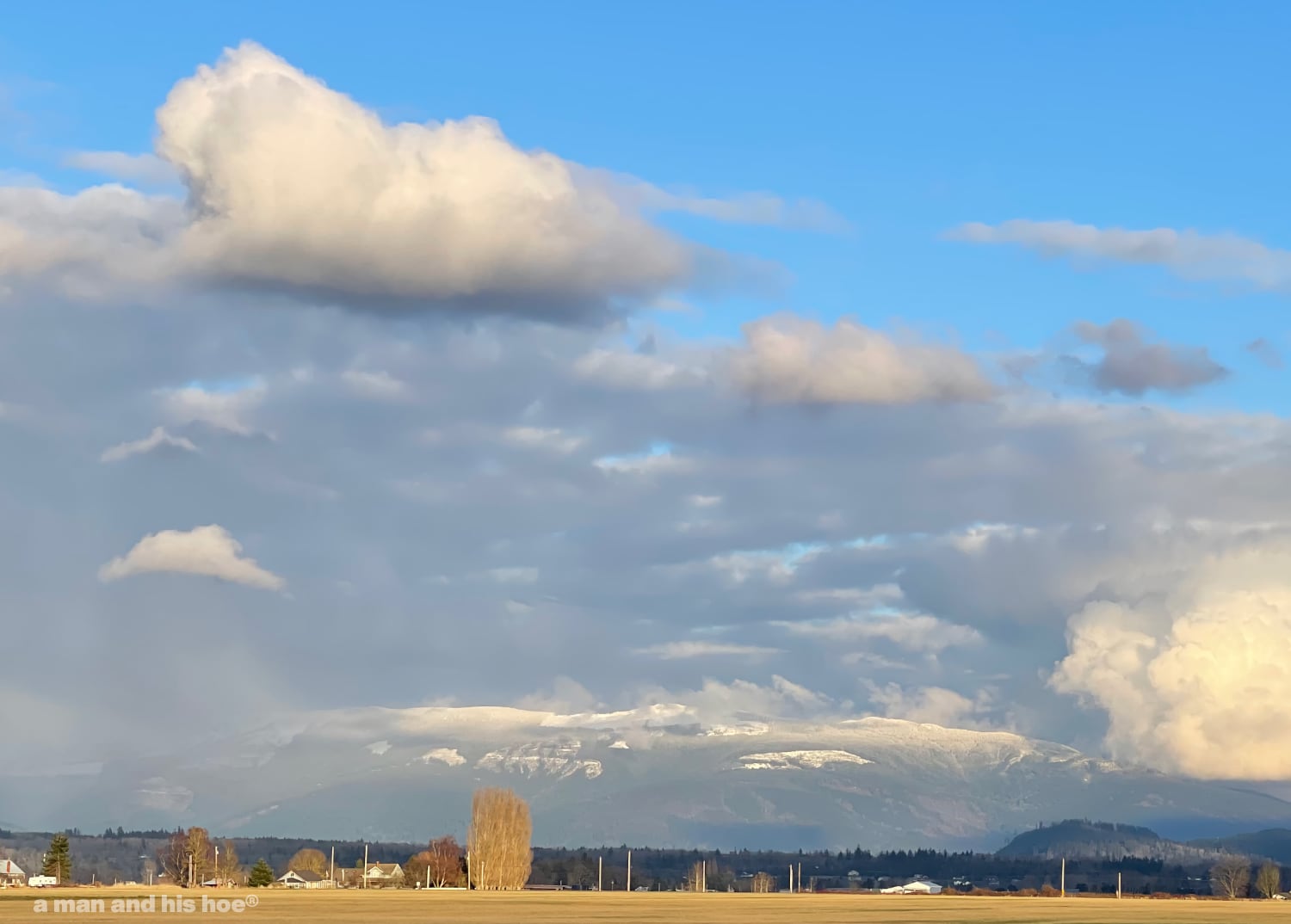 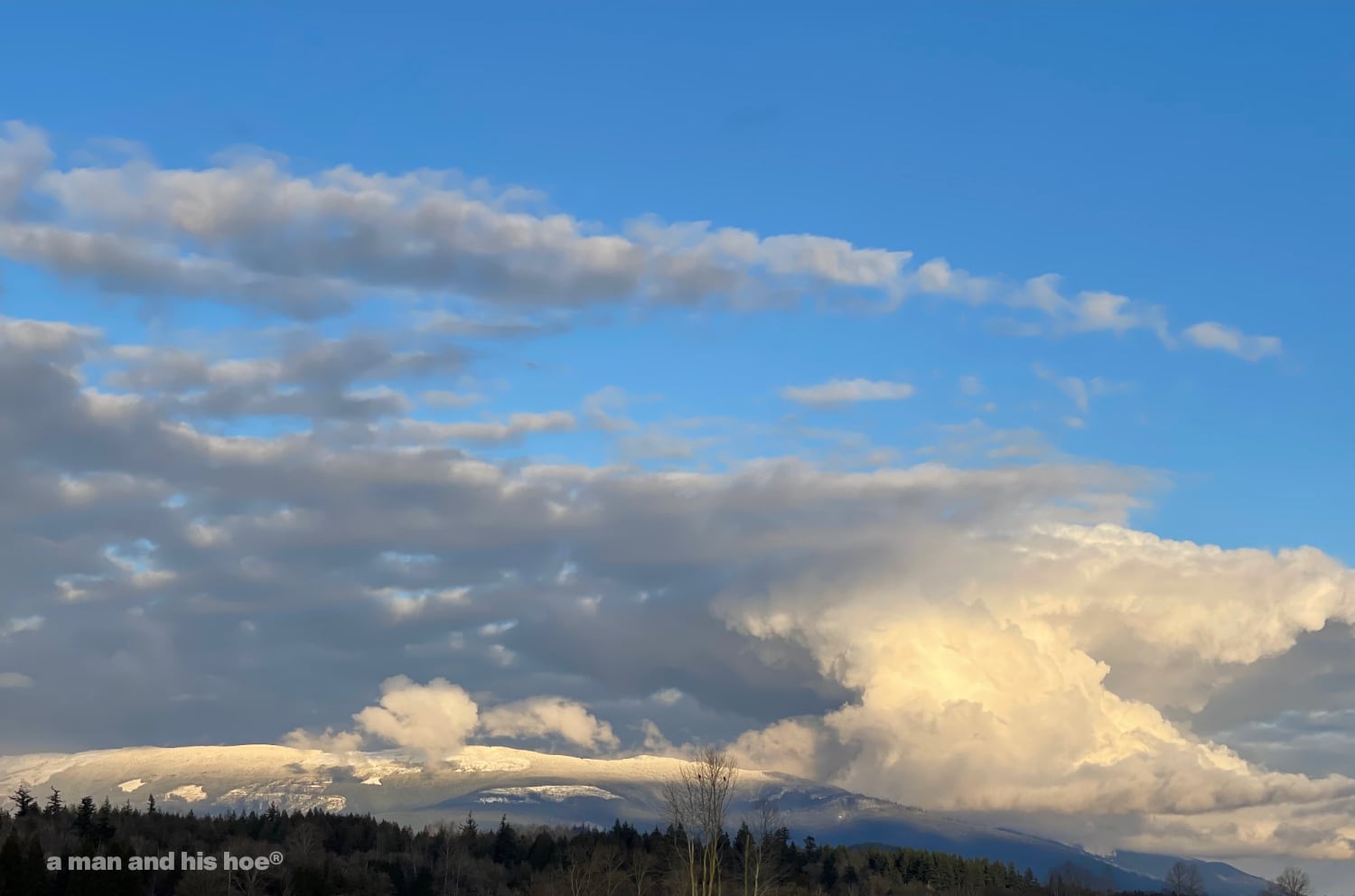 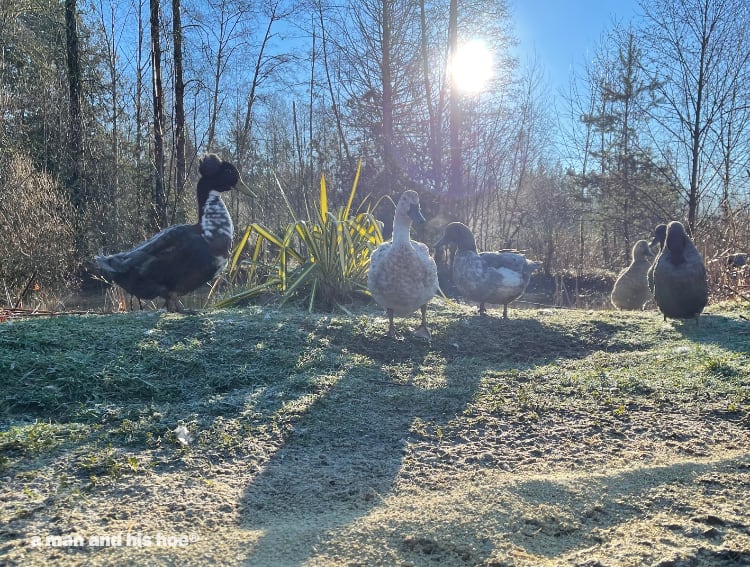 The ducks seem to enjoy this morning’s bright sunshine and blue skies as much as I do. Spring is fast approaching. Something was different this morning. I realized it was light and not yet seven. Just a handful of days before, it was still dark at seven. 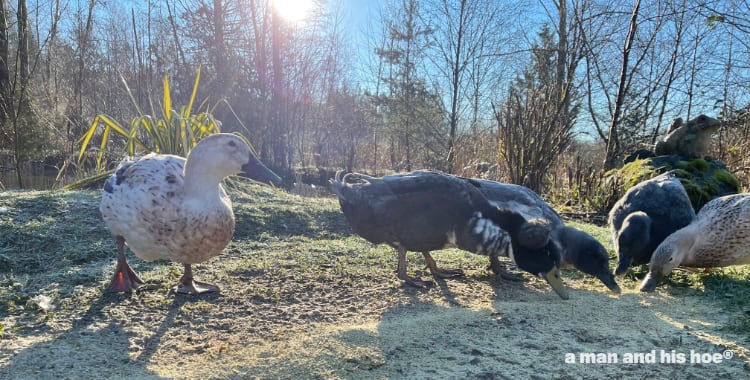 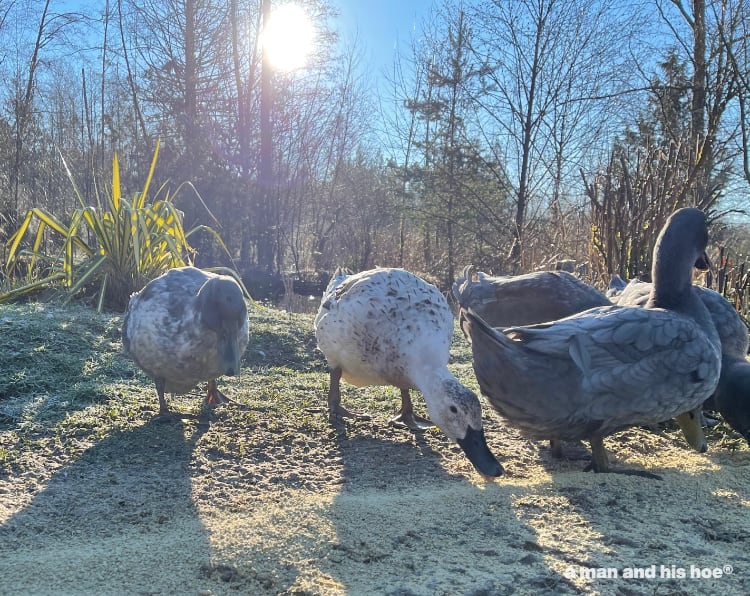 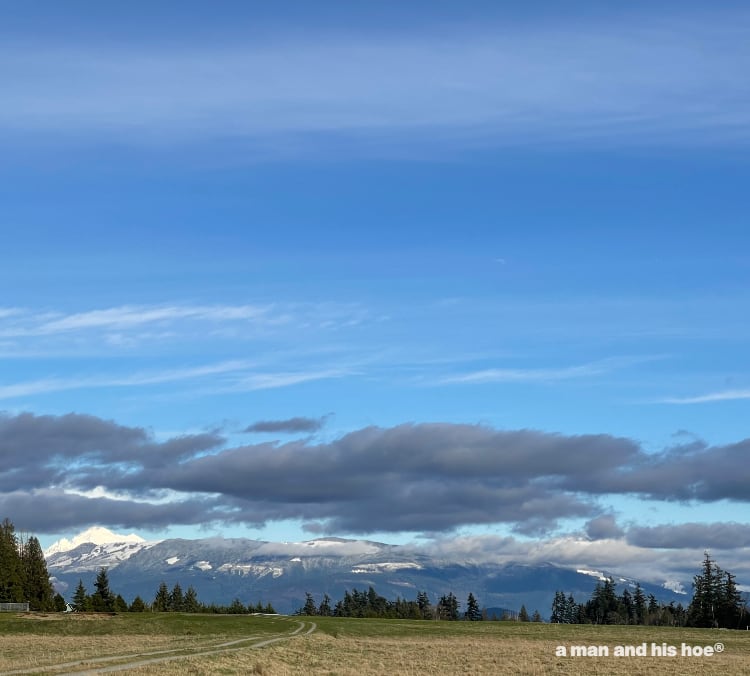 As tragic as this pandemic is, one thing I will miss when we get to the other side are the clear pandemic skies. Every sunny day, there is hardly the scar of a contrail in the skies. So this is what the skies looked like for millions of years before we started flinging thousands of jets across them. 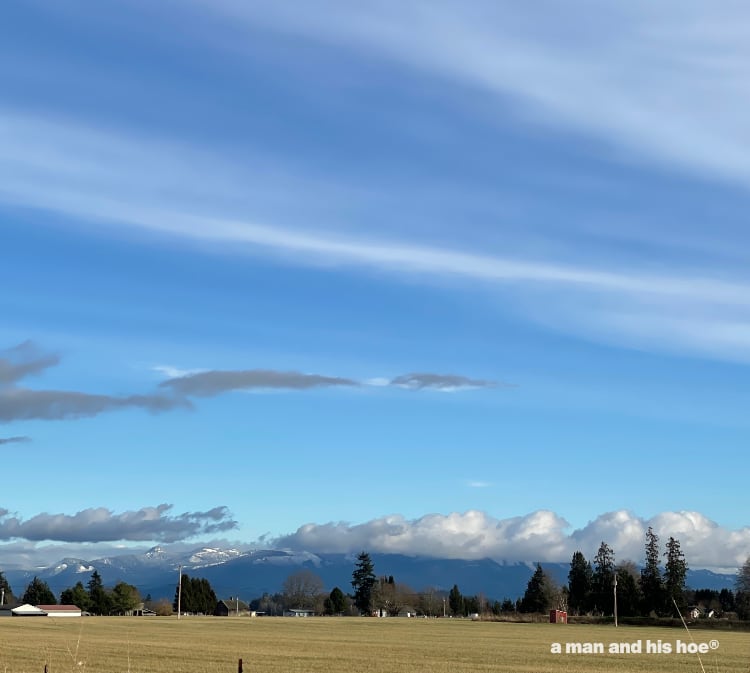 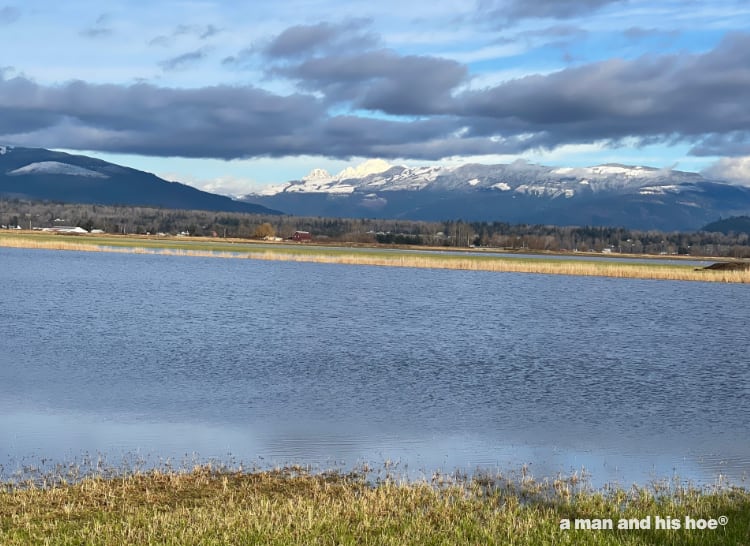 It is that time of year when fields become vast lakes. The lakes appear to be permanent landmarks. But when the winter rains end, the lakes will become fields again. In the meantime the temporary lakes are beautiful to look at. 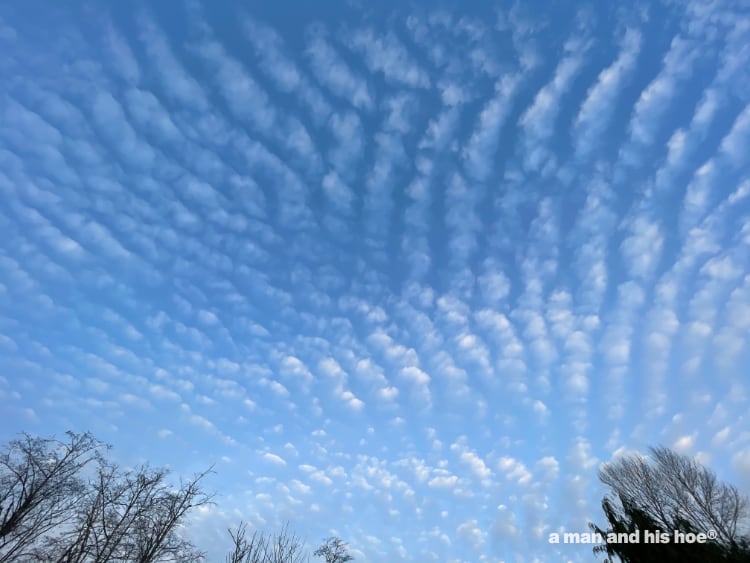 At today’s end these beautiful clouds took over the full sky for just a short time. Wow! Tragedy may be all around us, but earth can’t turn off its beauty.