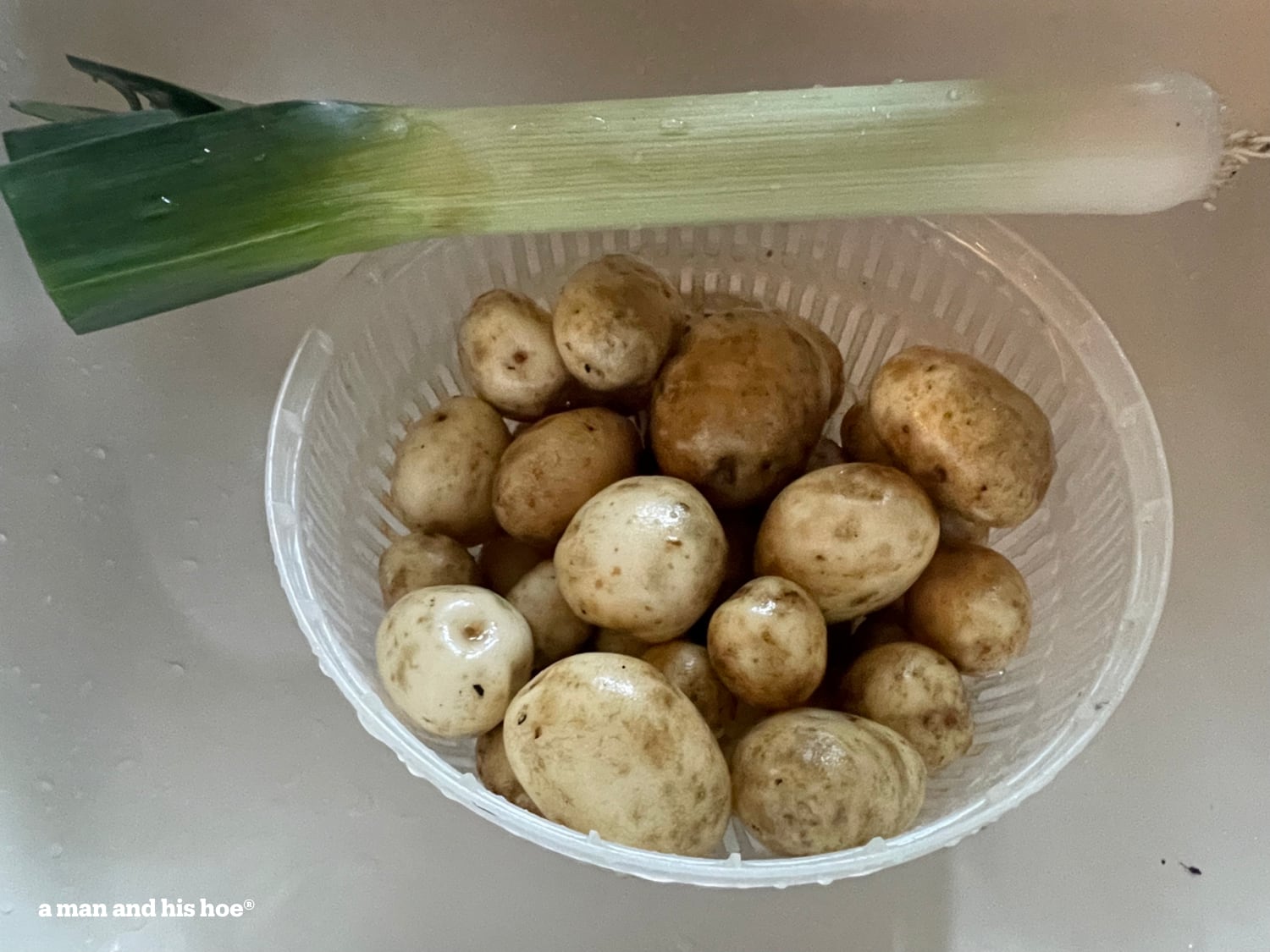 If you’re not satisfied with enough, you’ll never be satisfied with more. There are a number of variations of this saying by Epicurus. The insight is as meaningful now as when Epicurus said it thousands of years ago.

One potato satisfies me, so when I bring in a basket of potatoes from the garden, I have no problems being equally satisfied. And there is a fat leak as well. 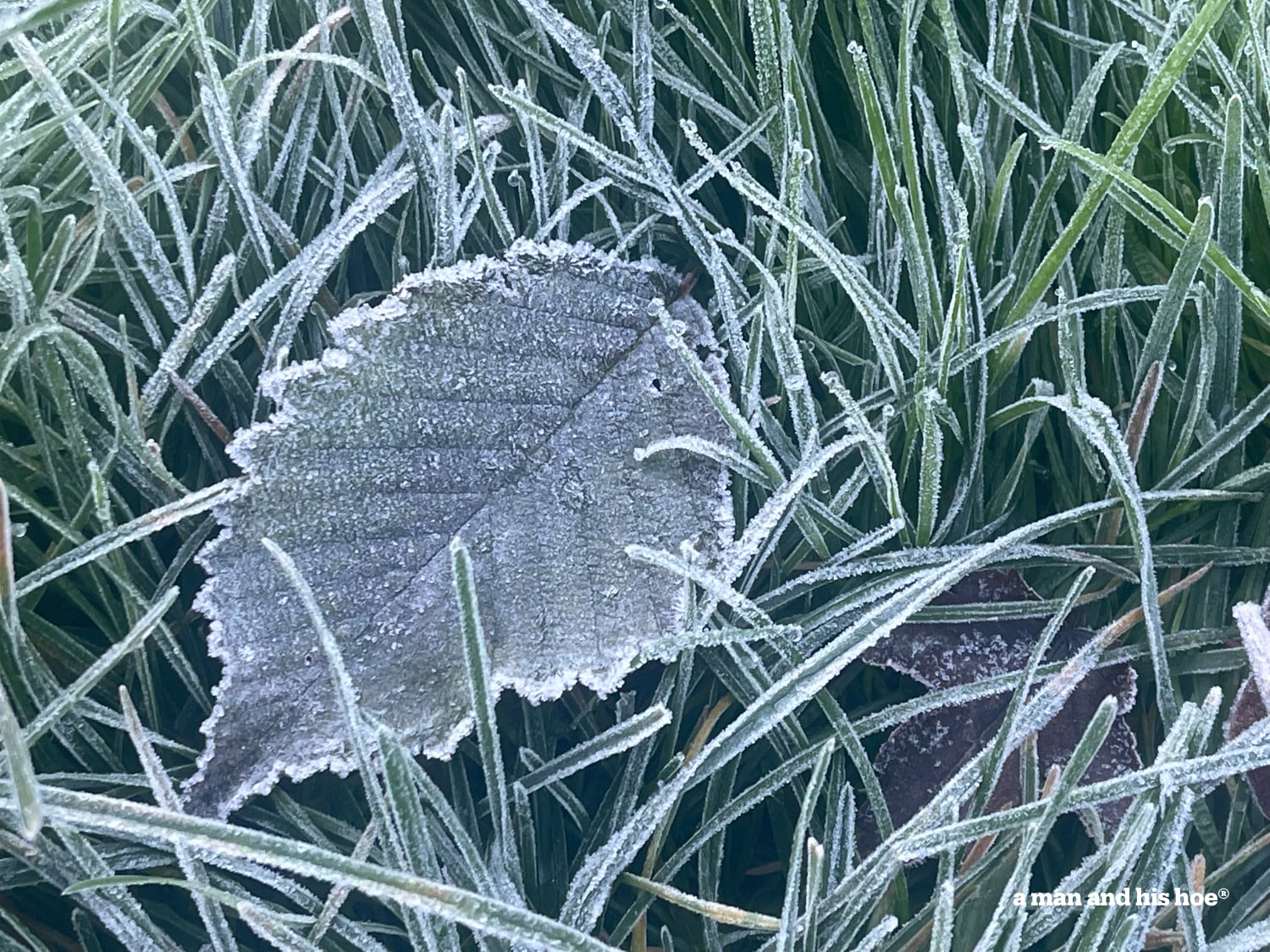 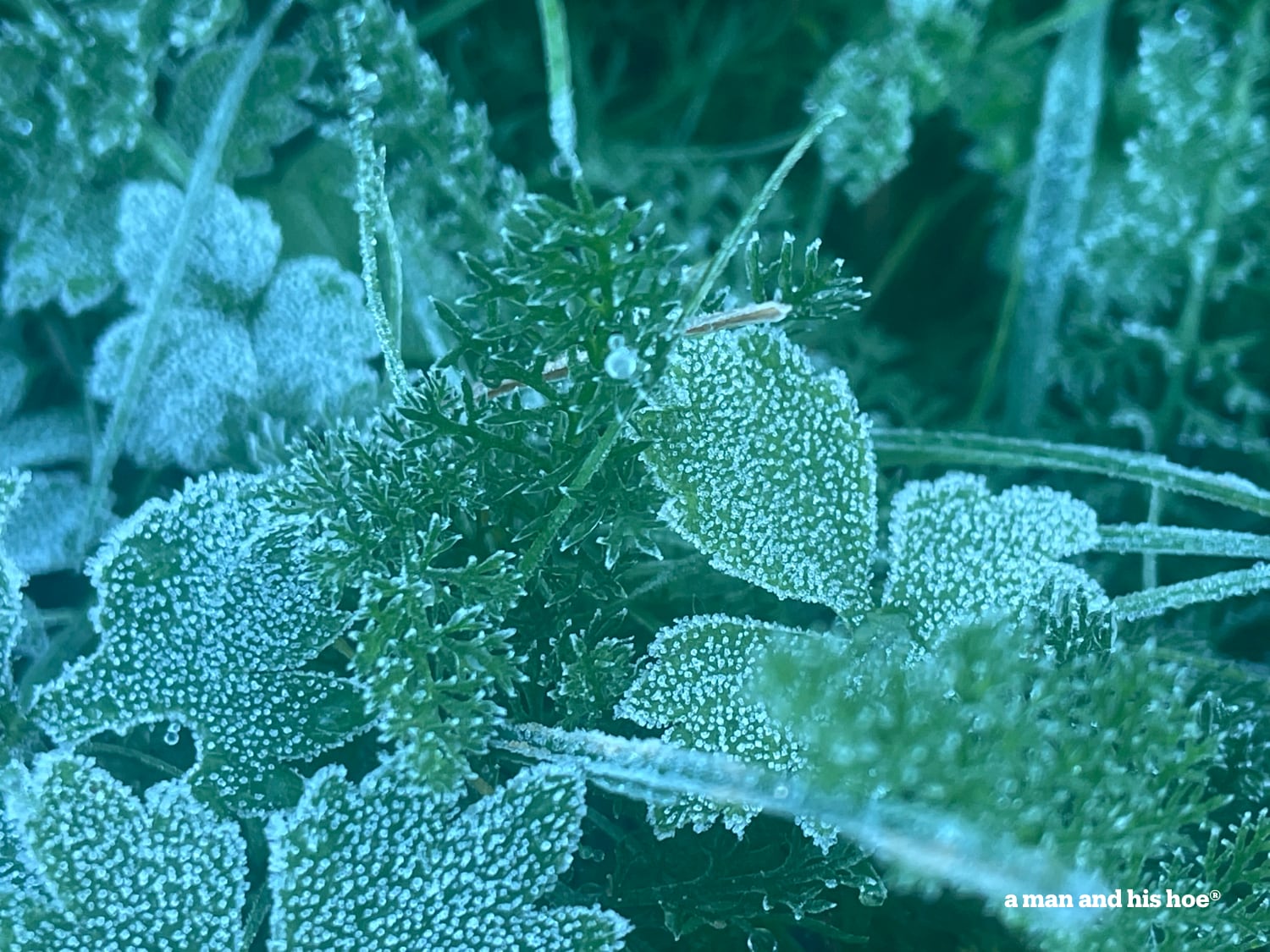 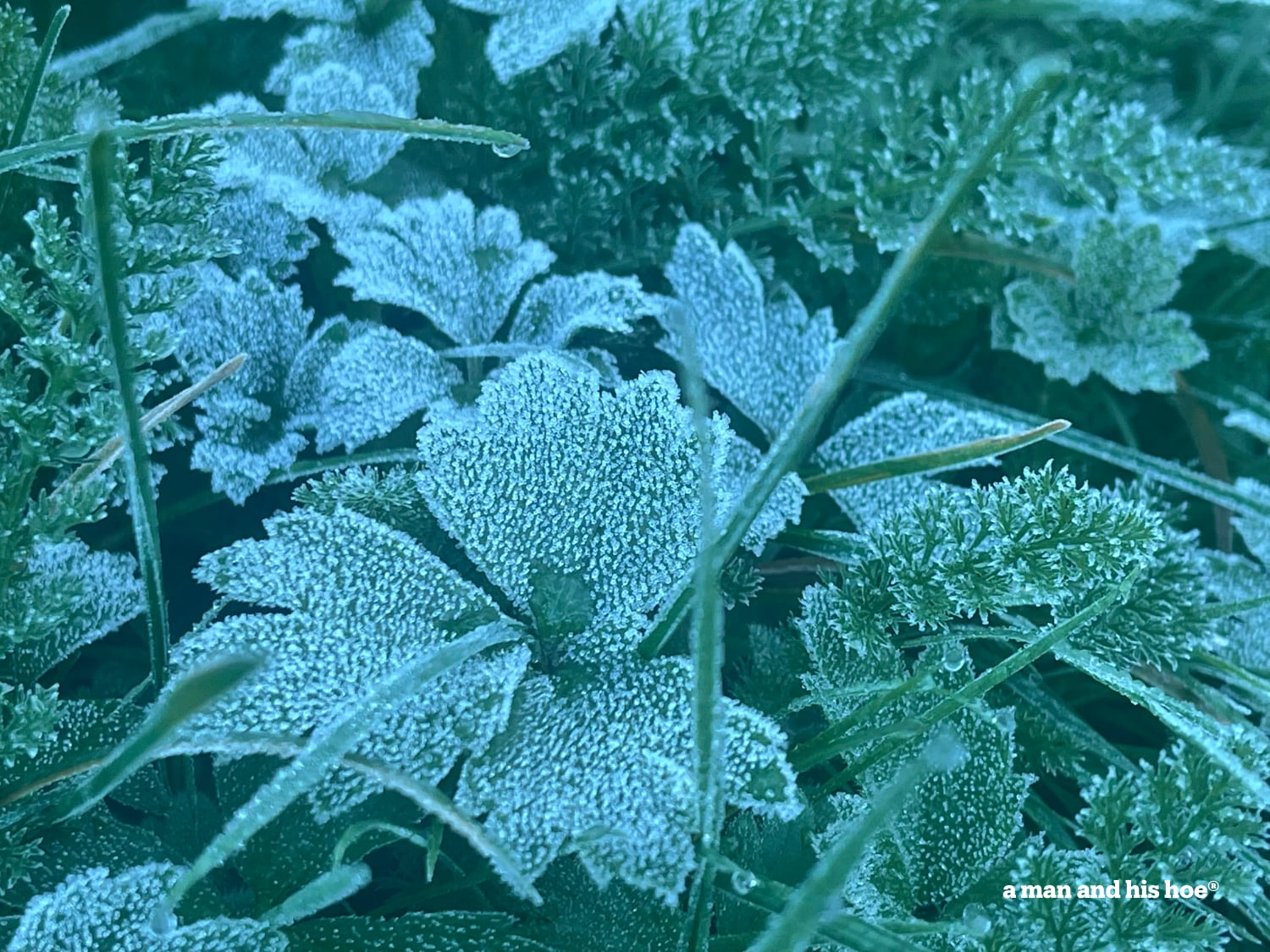 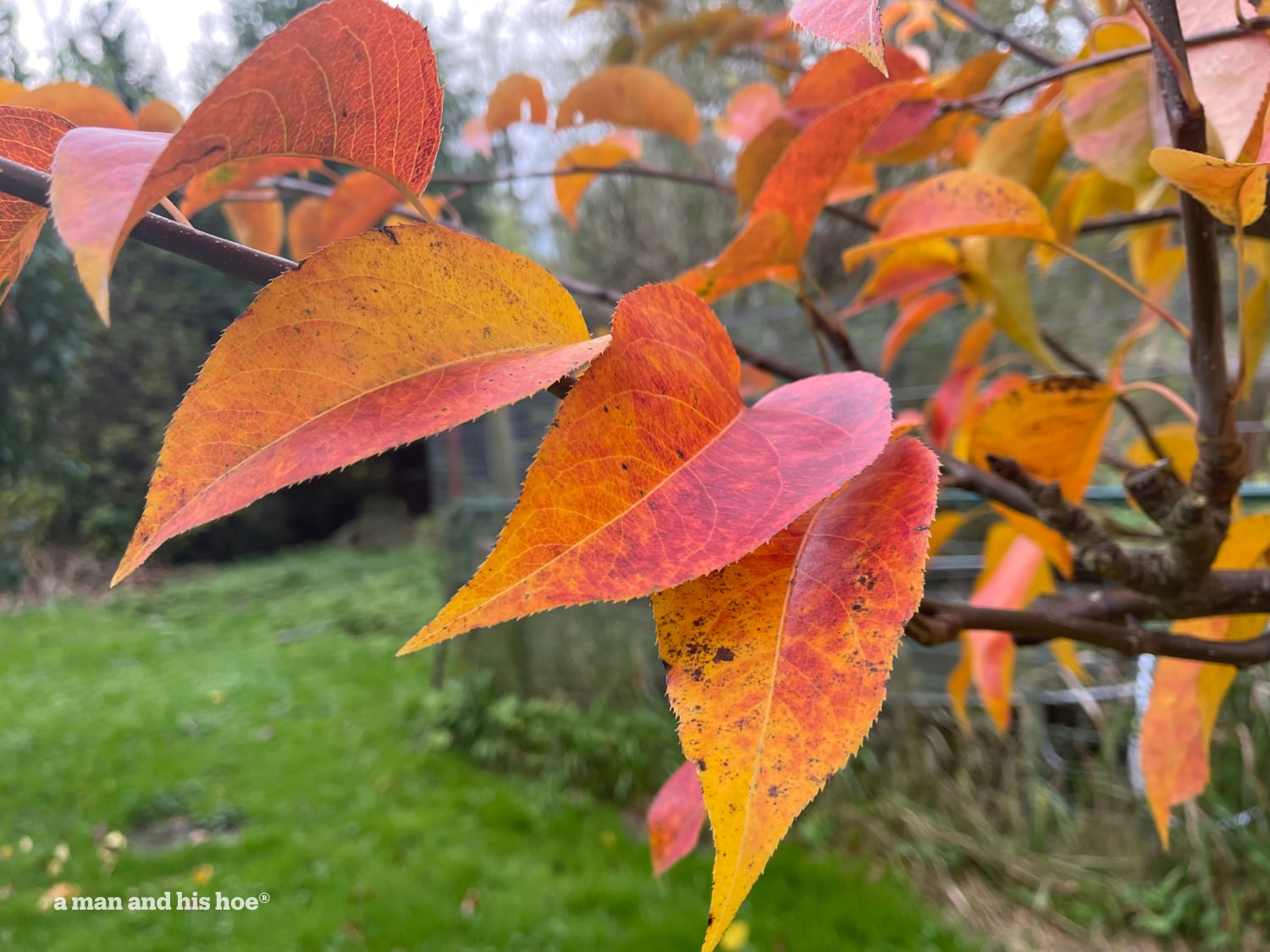 Each day brings brighter colors. The pear leaves are at their peak. This year, the fall colors are unfolding over many weeks. Many trees have yet to turn. Others have nearly dropped all their leaves. 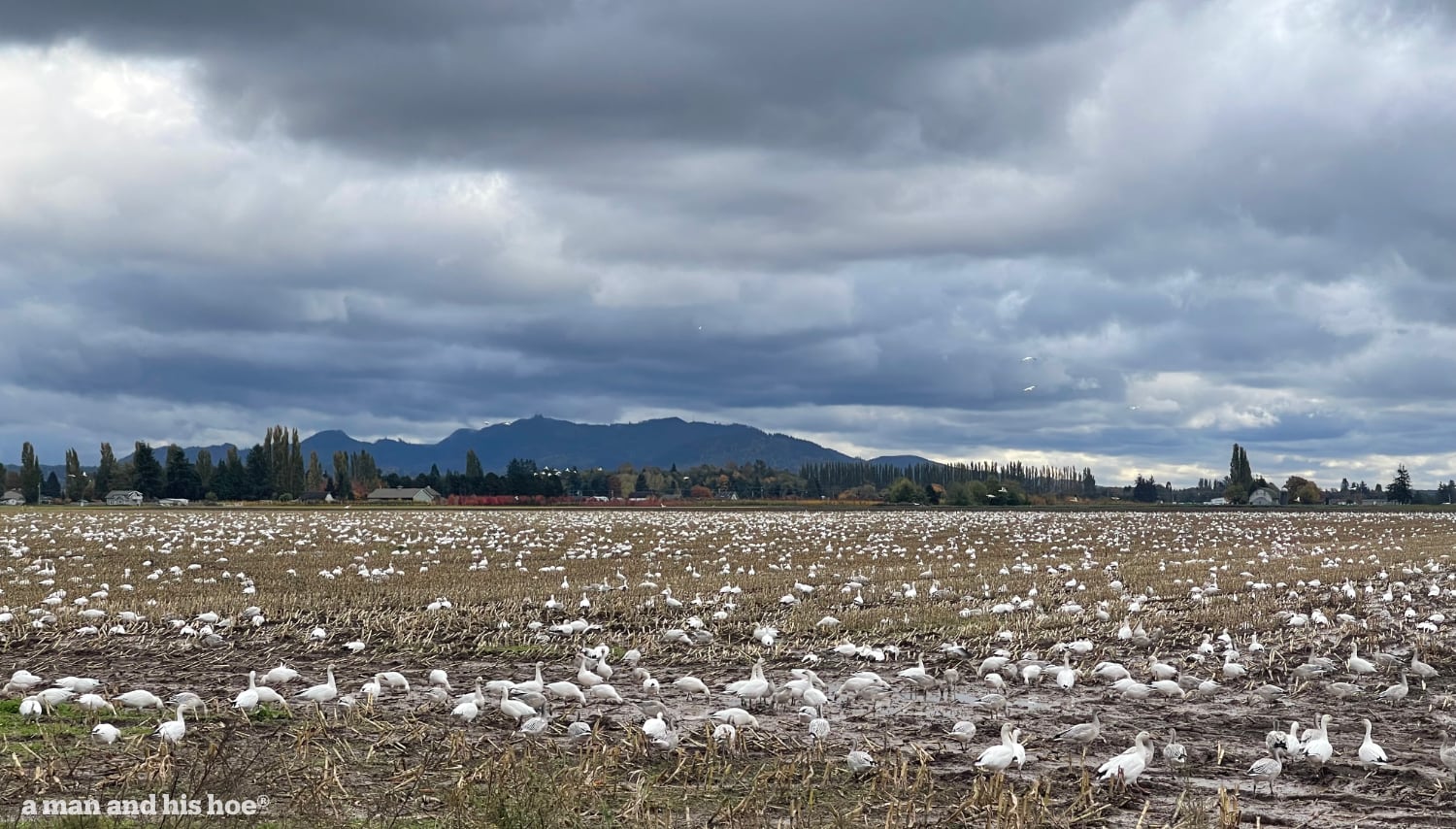 Wednesday afternoon I saw a few filaments of snow geese in the sky. Thursday on our way home from running errands, the snow geese fell out of the sky like snow. The arrival of the snow geese marks the beginning of winter in a way. Soon the swans will follow.

Watching snow geese fly in from the north is a spectacle. Just when you think the last of them have made it, more strands of snow geese, stretching for miles appear against the gray clouds. Hour by hour, they keep flying in and landing, until the fields are as white as snow.

The swans are probably glad the snow geese have left the tundra. Until they join them in a few weeks, they can enjoy peace and quiet. If you like the hustle and bustle of the city, snow geese are your birds. They can’t shut up. If you’re a snow goose, you don’t know what it is to be still and hear nothing. 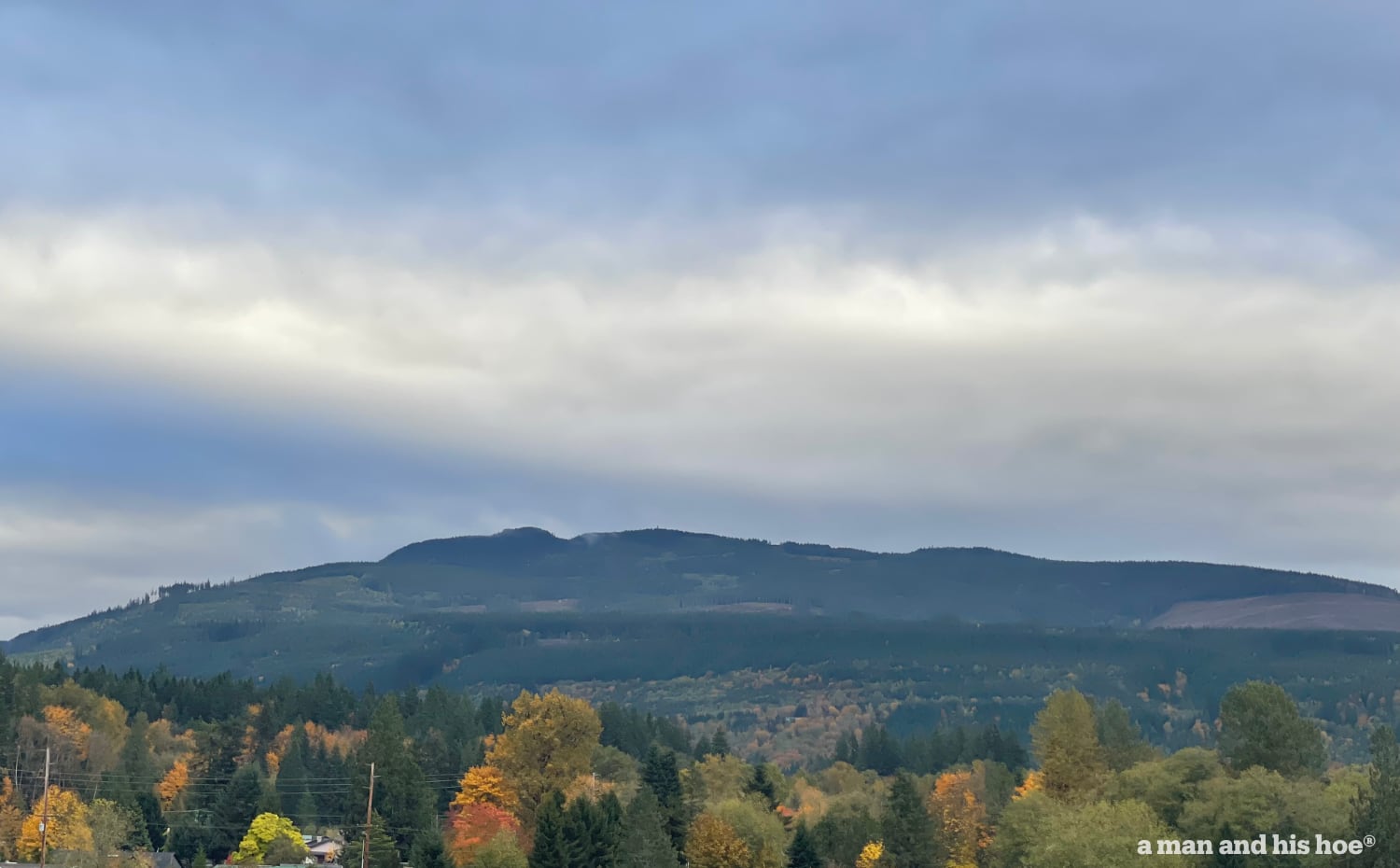 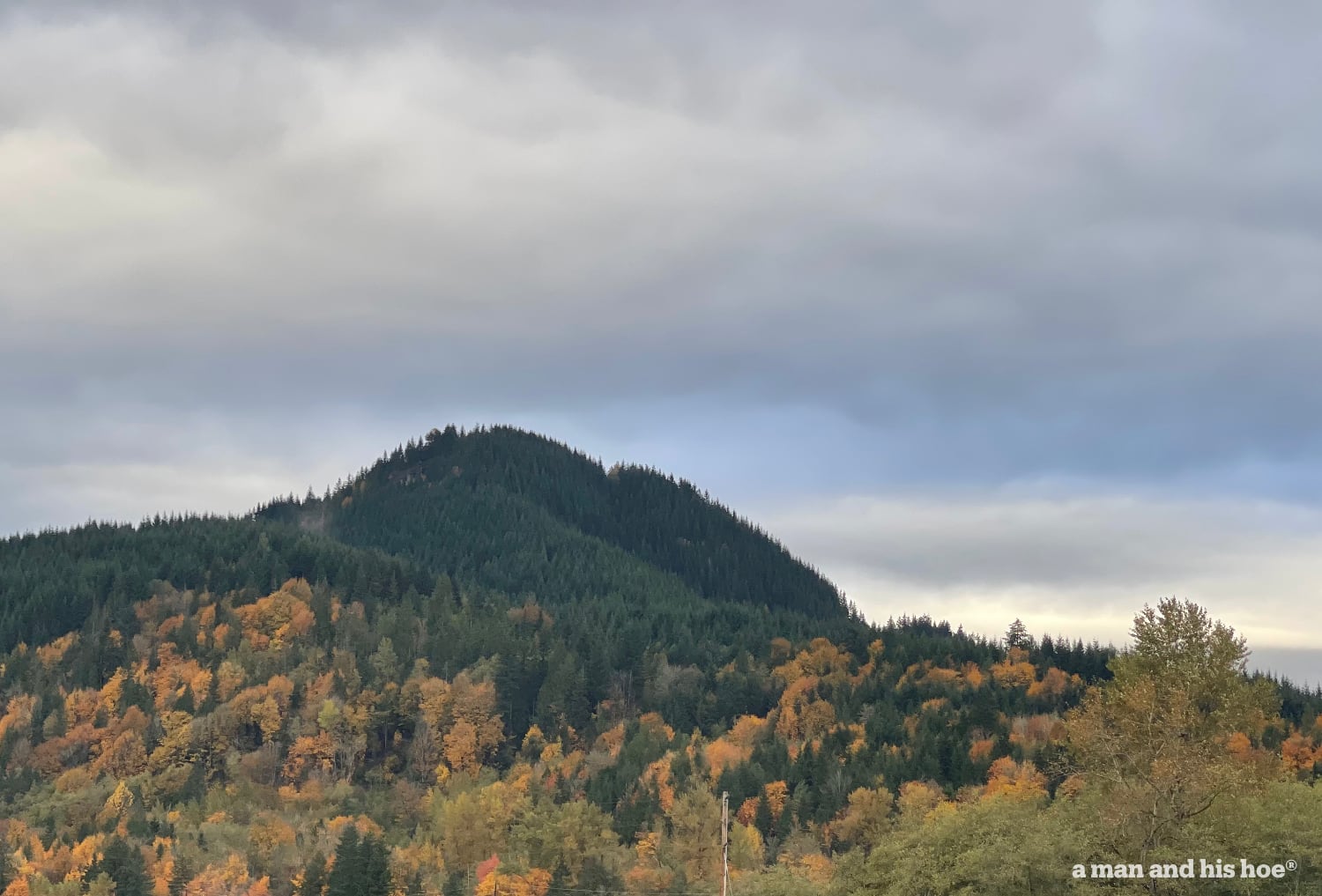 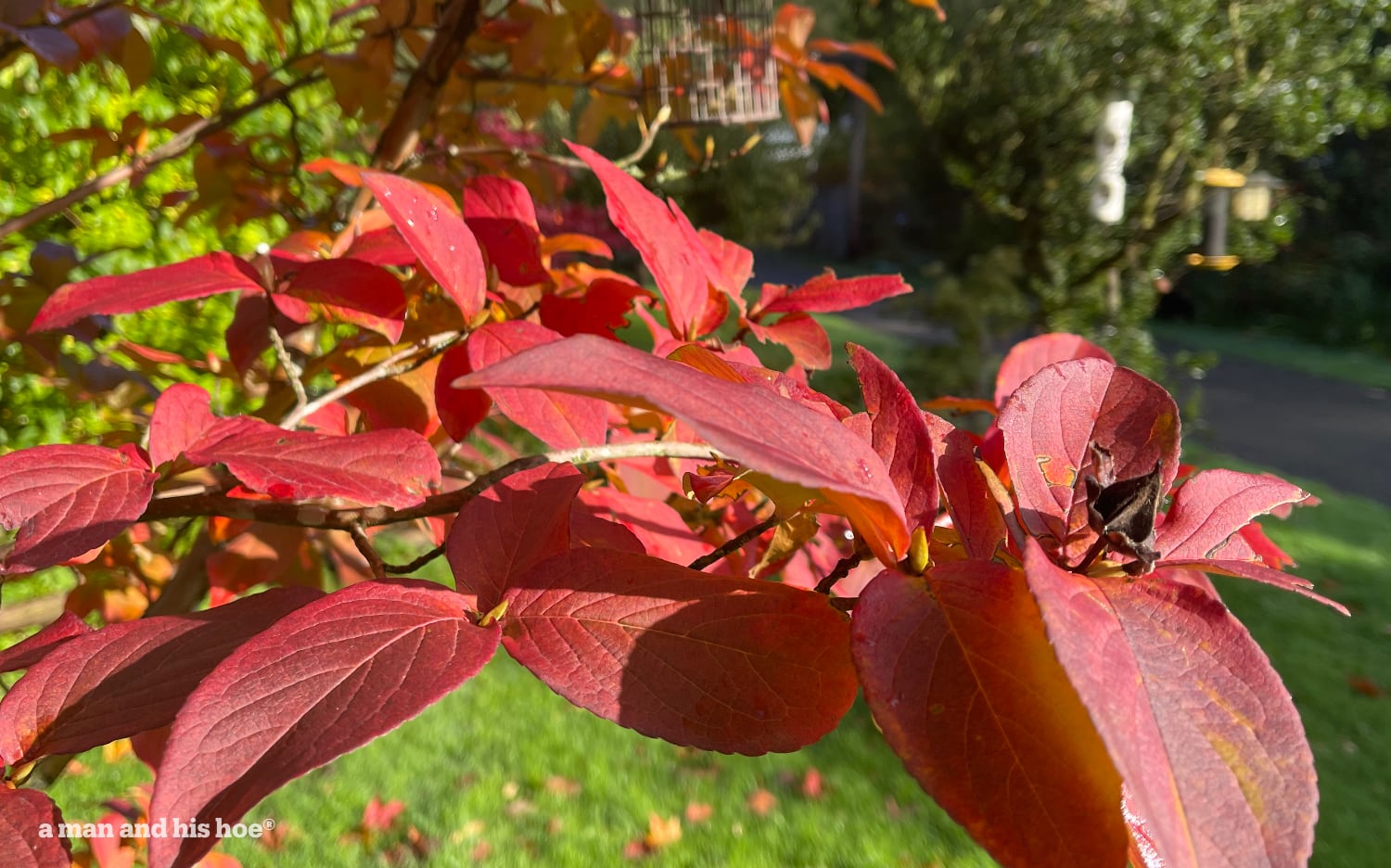 Sunshine appeared this morning. Life has a different quality this time of year. It’s dark when I wake up. It’s dark early in the evening. It’s a comfort knowing that by the end of February, the days will be longer than they are now. I’m old enough that February doesn’t seem that far off in mid October. 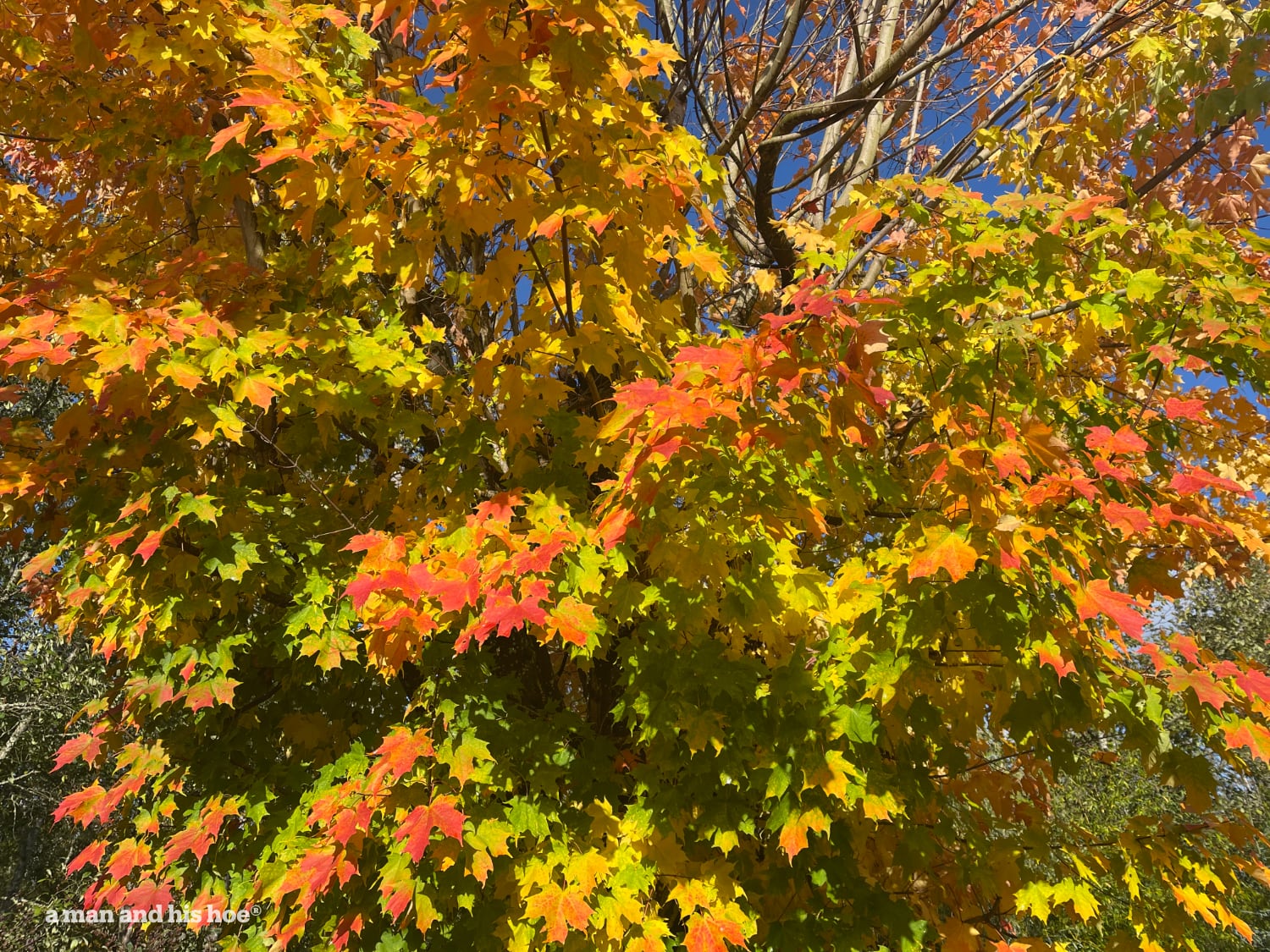 We’ve yet to reach peak color of fall. The alders, cottonwoods, and mimosa are still quite green. The maples, witch hazels, and a few other trees are already brilliant. 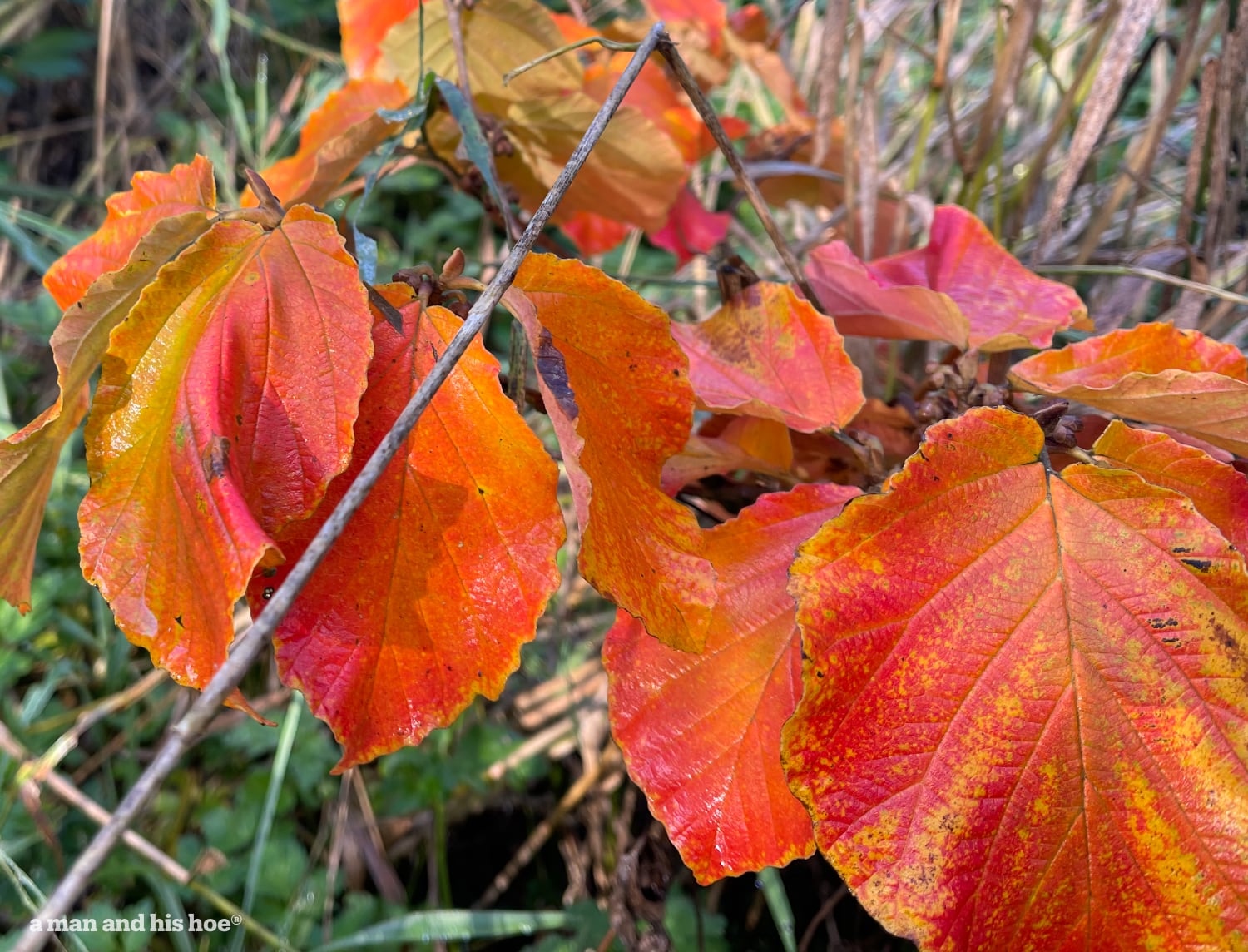 There’s always something to reflect on. This week it is my carelessness at not considering how clever an owl can be. The netting and fencing which kept the hawks and eagles at bay from the ducks in the garden were no match for a wily Barred Owl. Mid morning on a recent day, it stealthily slipped into the garden and did in three of the ducks. I moved the remaining duck which escaped unscathed to the pond to be with the ducks there.

The tragedy of an owl is that they eat very little of a bird. Mostly the brains and some of the organs. So unlike a hawk or eagle which is satisfied with a single bird, an owl can quickly do in many.

A harsh lesson learned, I’ll need to strengthen protection in the garden before I place ducks there again. 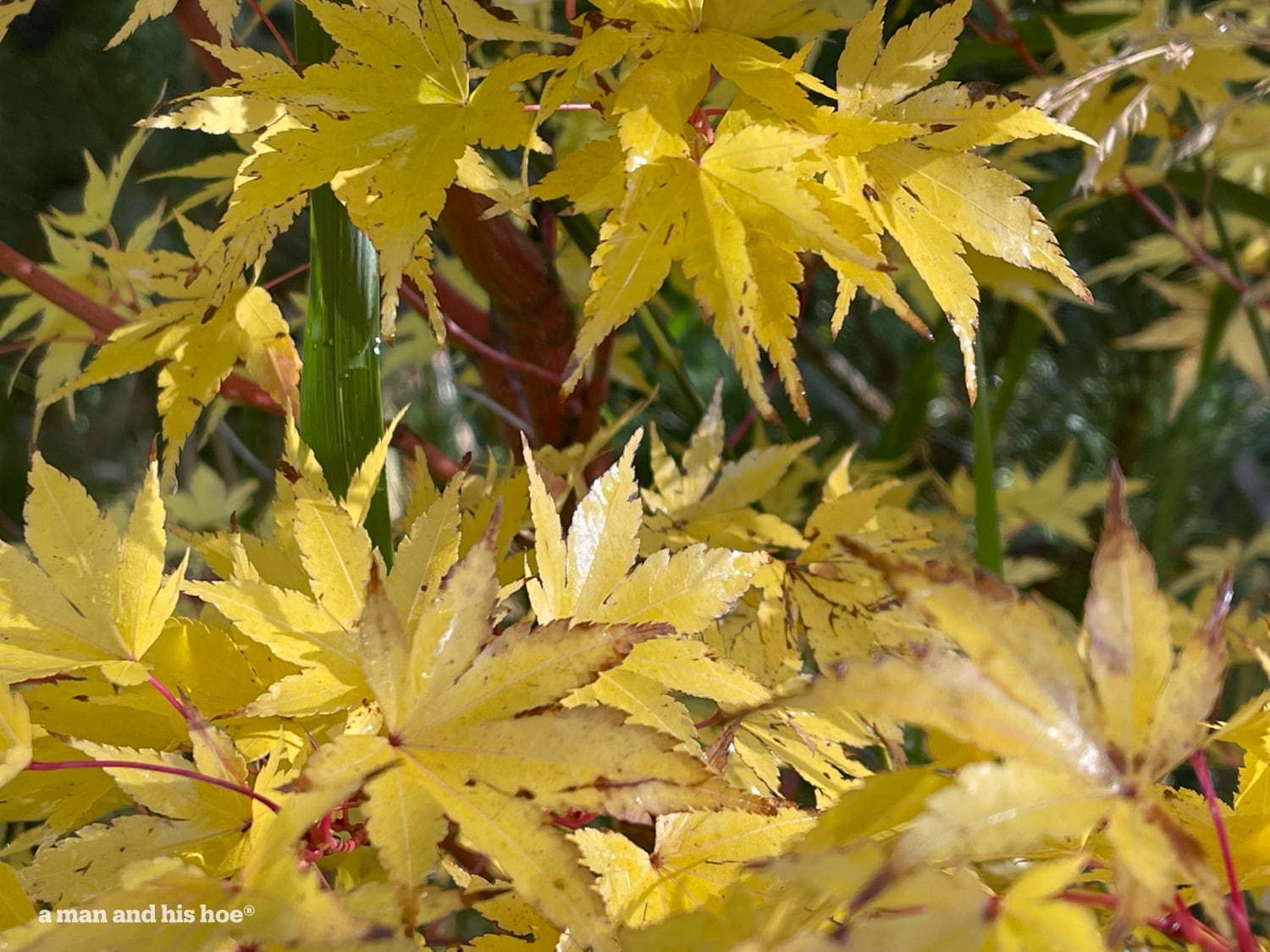 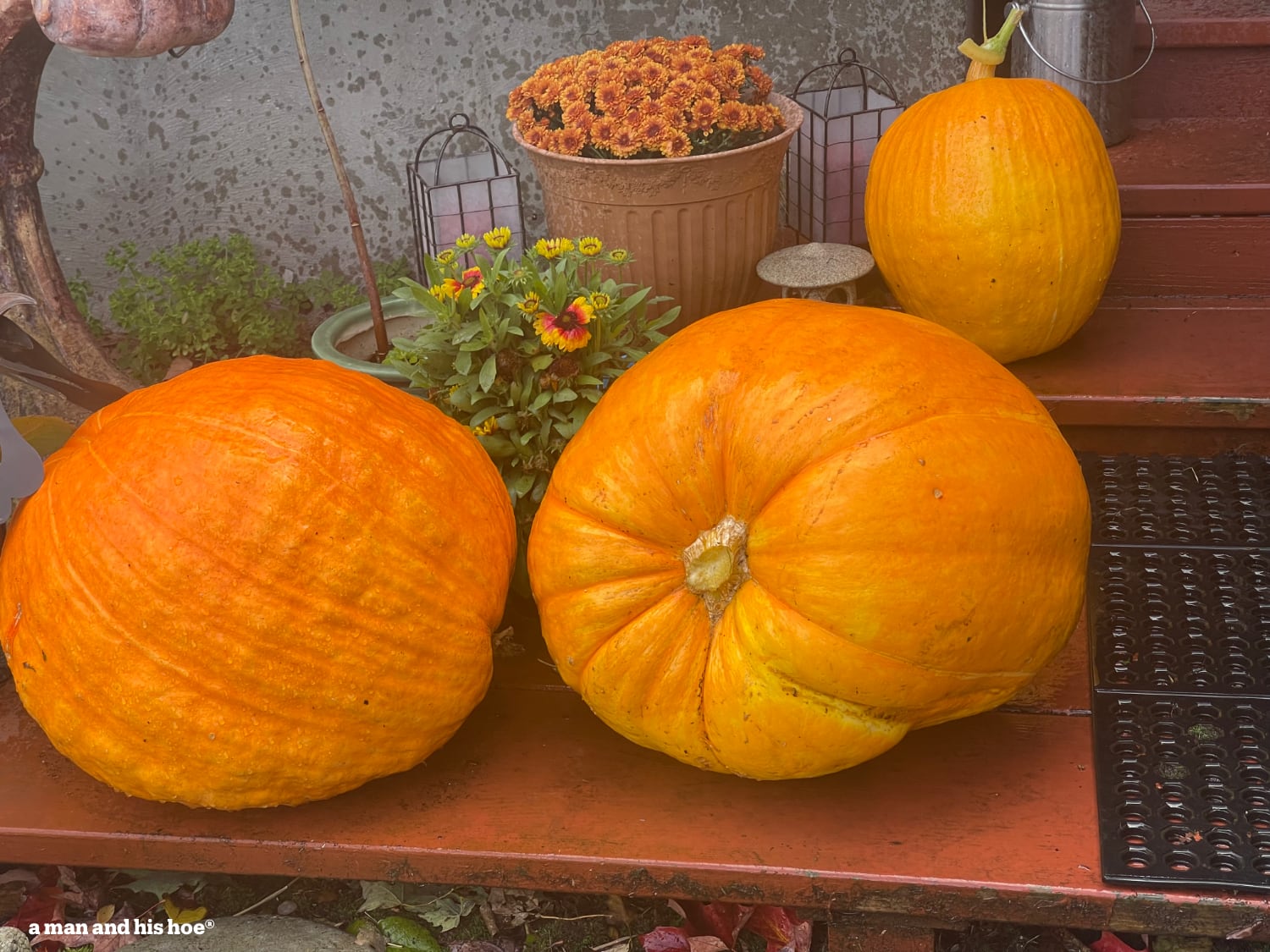 So how many pies can I make out of these pumpkins? Few garden plants are as exuberant as pumpkins. World domination is on their minds as they spread their vines and huge leaves. Seemingly out of nowhere, bright yellow, huge pumpkins appear under their thick leaves. 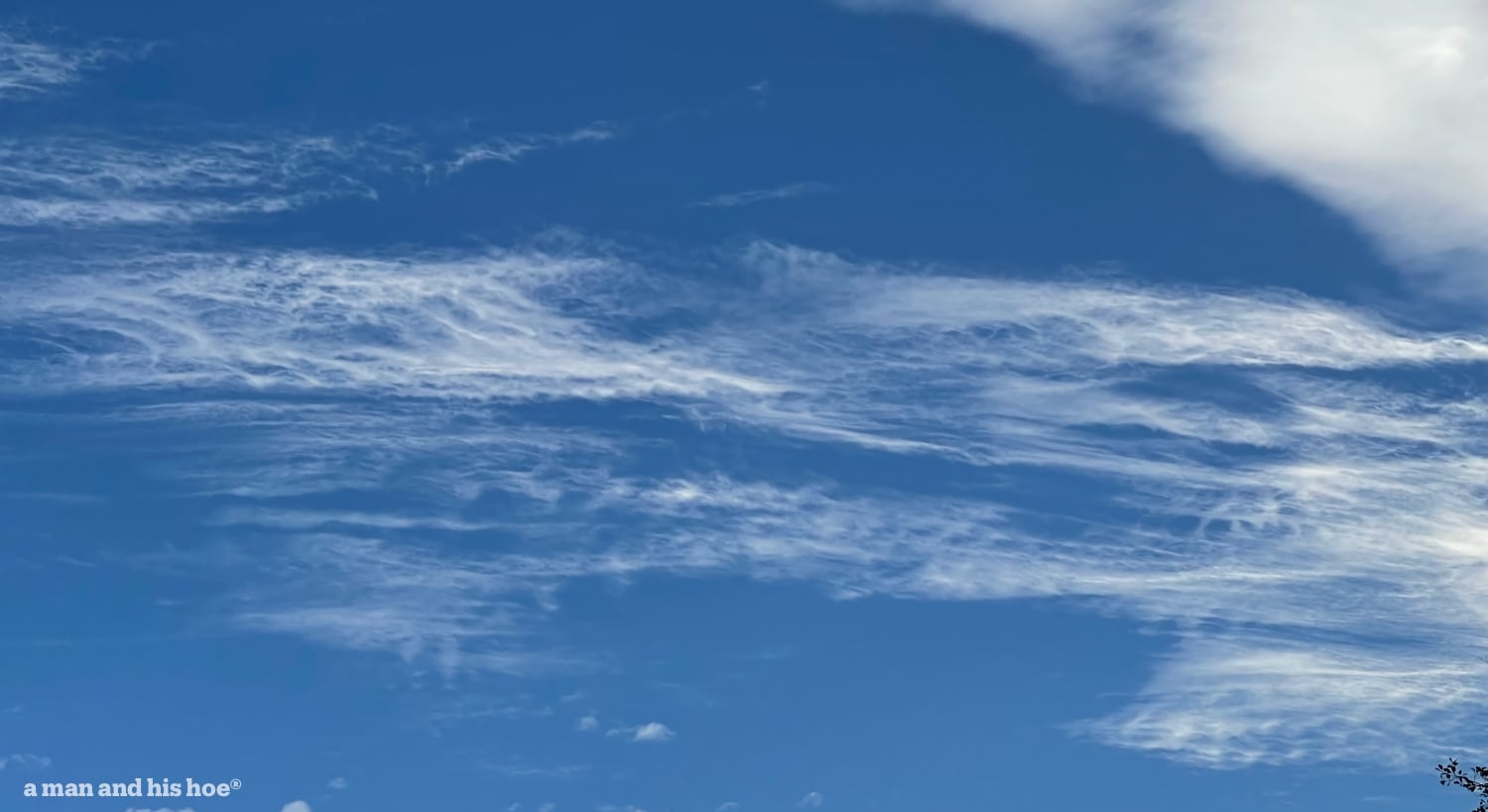 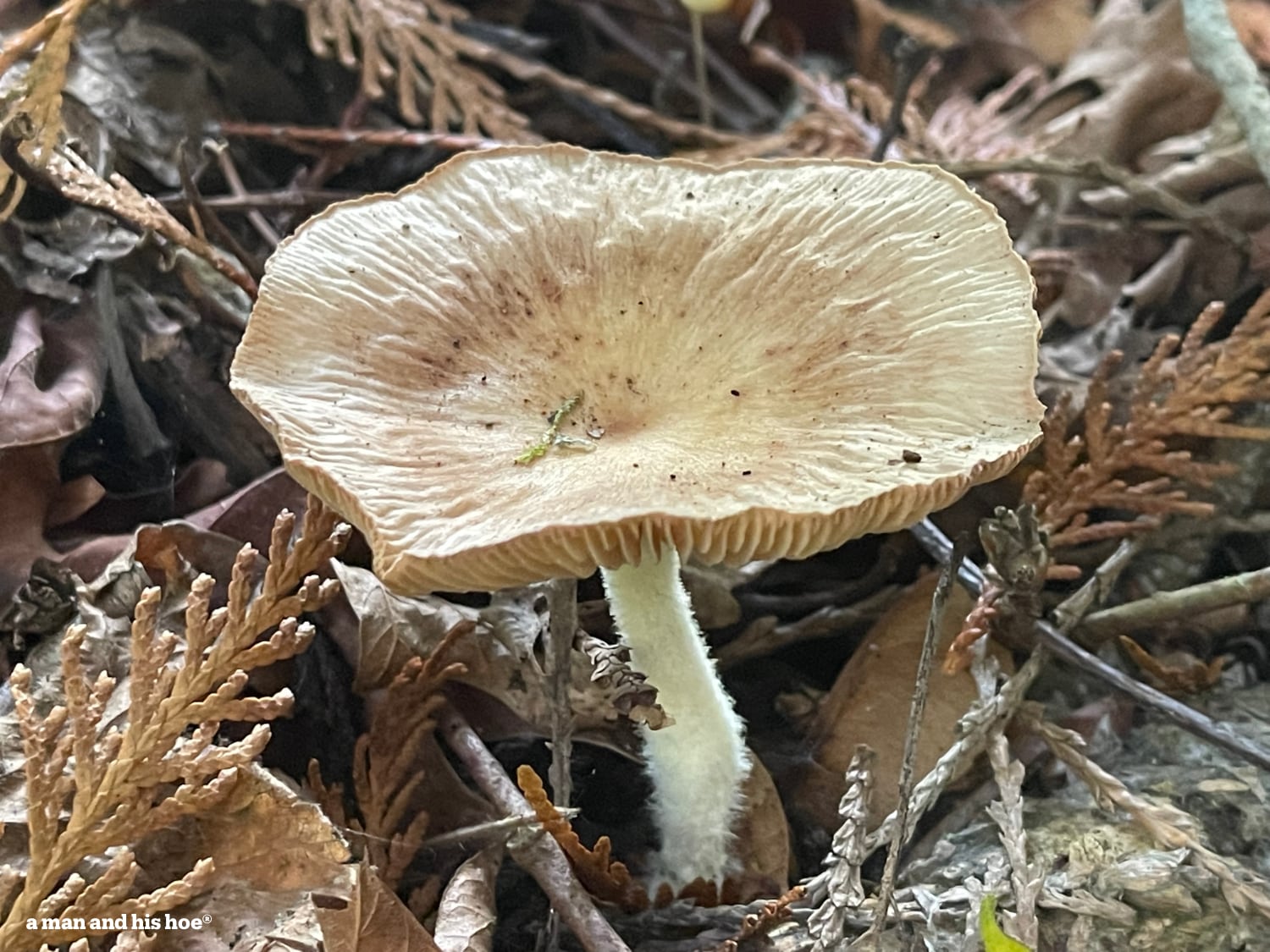 Yesterday, I noticed that the forest floor had an abundance of mushrooms. Not surprising considering the moist, cool weather we’ve had lately. But as I looked at the variety of mushrooms sprouting everywhere, I had to check under the cedar trees where two falls ago, I found a bounty of shaggy parasol mushrooms. Last year there were none. 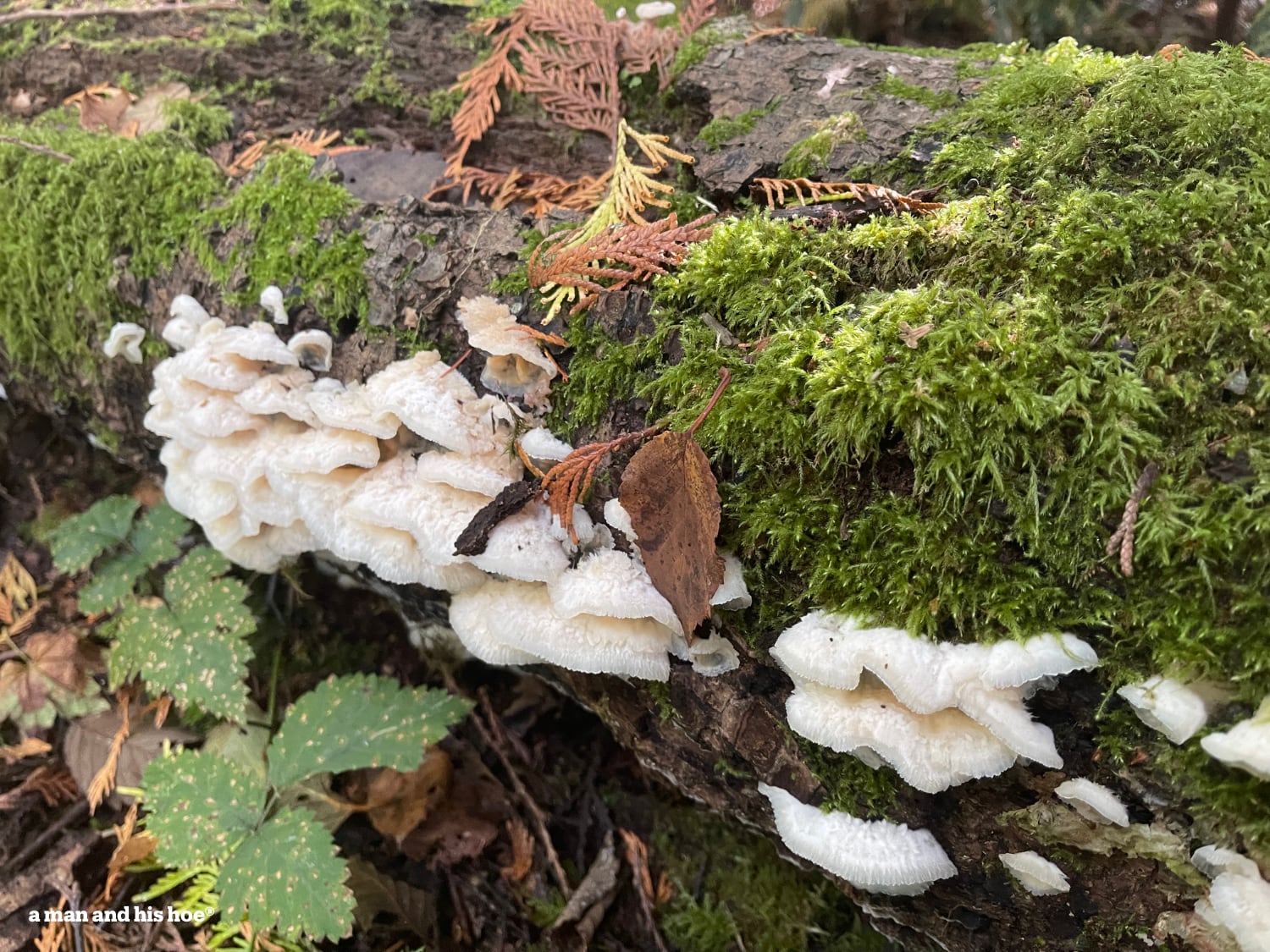 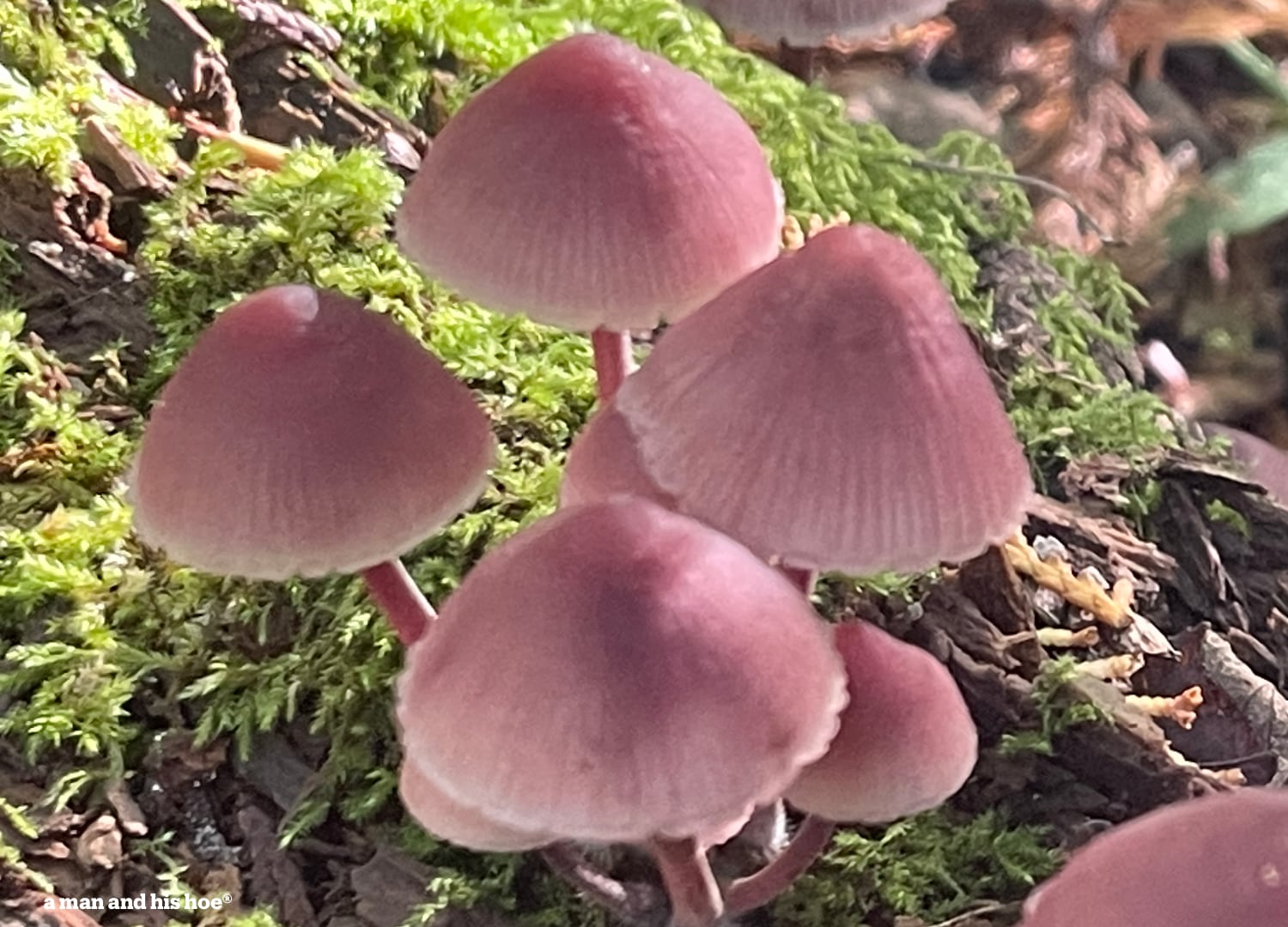 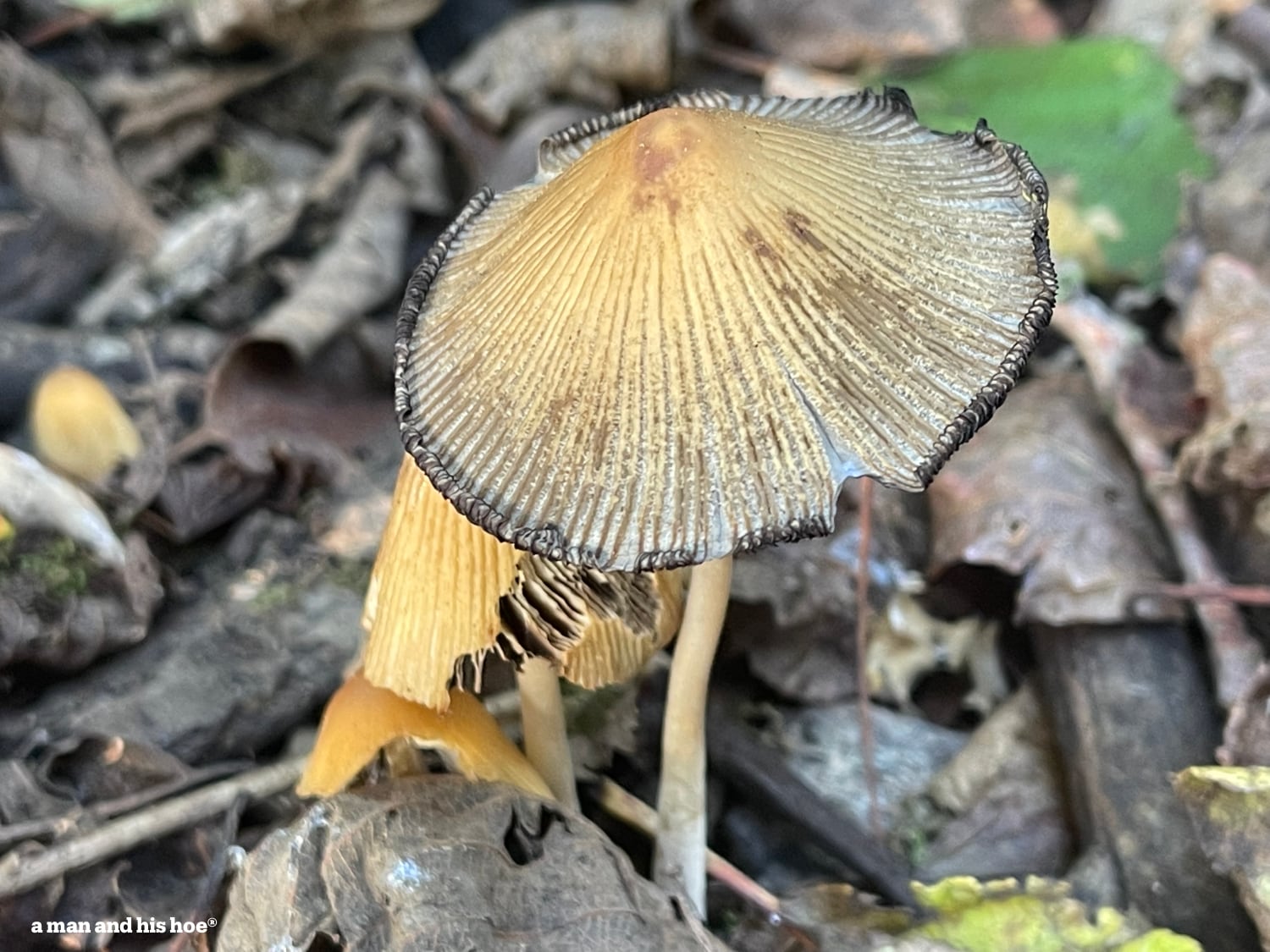 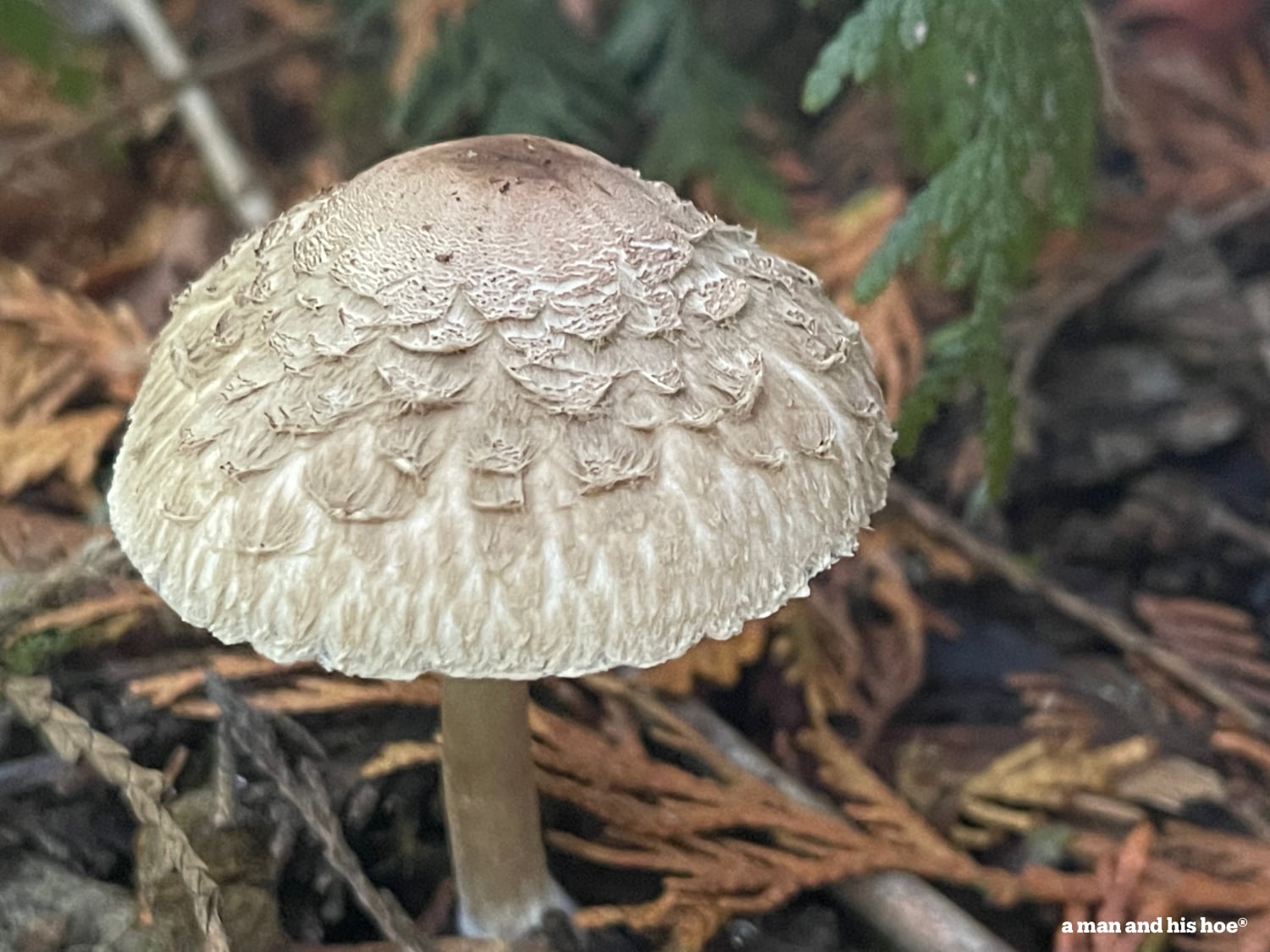 But this year, they are back. Lots of them. For a week or two, we’ll feast on them. I may even try drying some. I read that if you dry them and let them age, they taste even better.