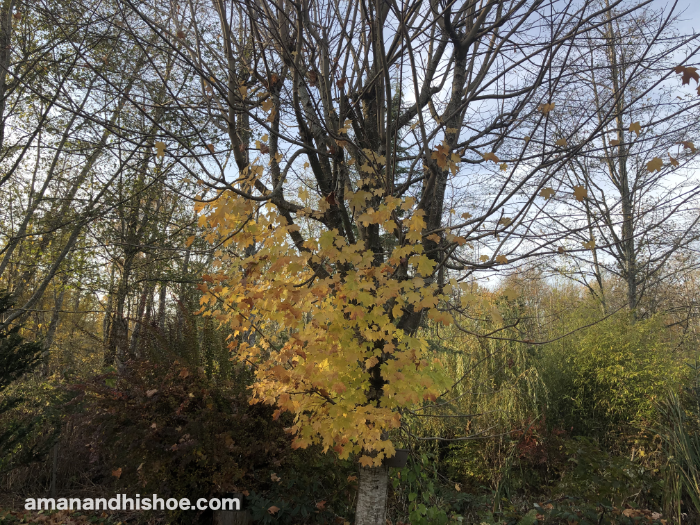 All the leaves are gone, almost, and the clouds are not grey today. At first it was clear when I stepped outside before dawn to make tofu in the cabin. The fog rolled in when we rolled out of here to make deliveries, but by the time we returned, the sun was back. 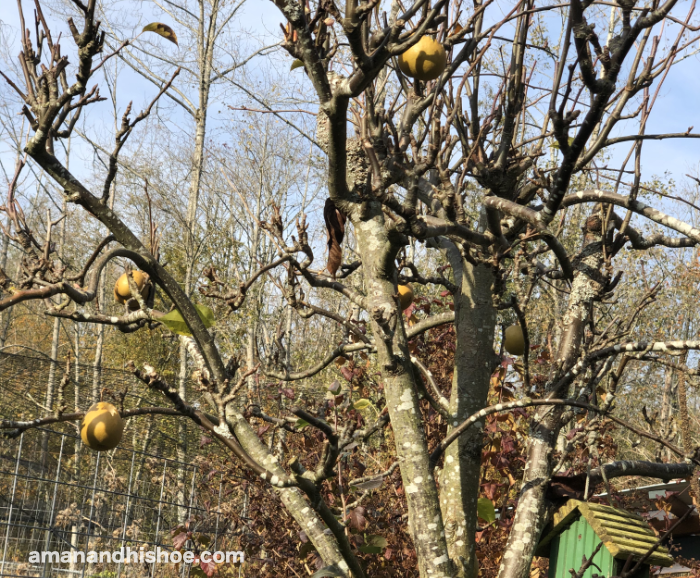 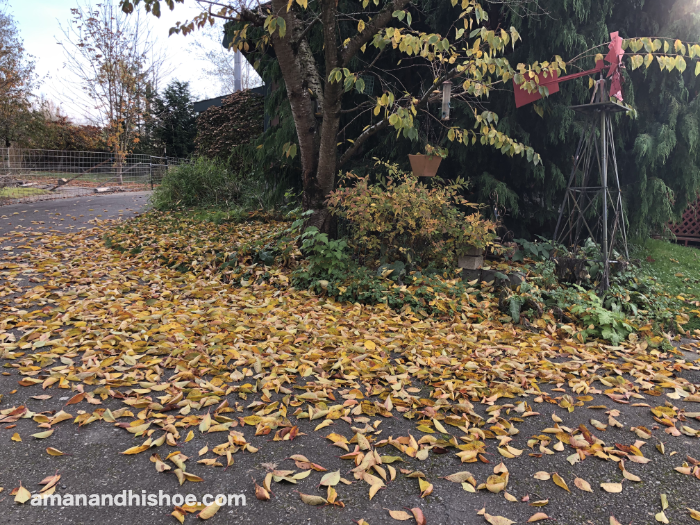 I raked up all the leaves underneath this cherry yesterday, and today it’s like I did nothing yesterday. 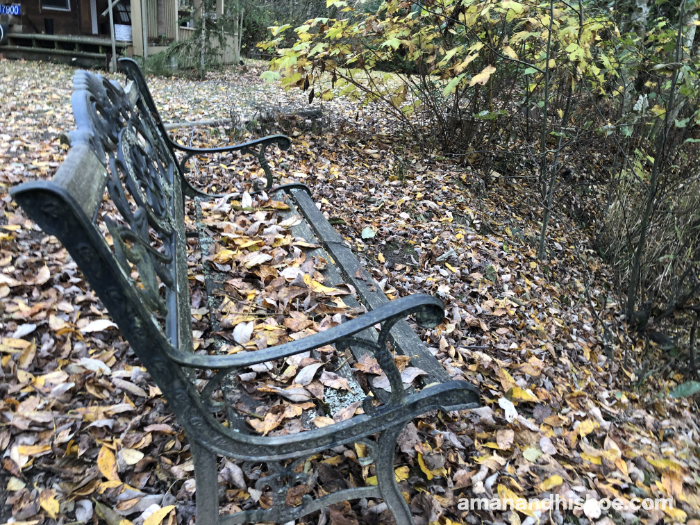 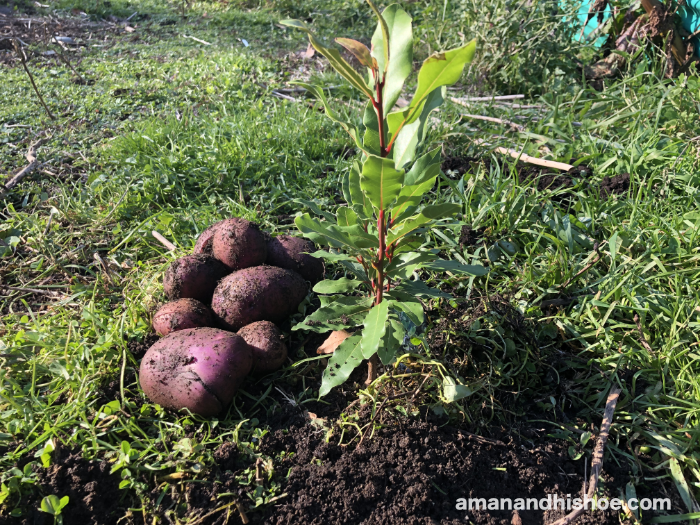 While planting a bay leaf I encountered potatoes in the ground, a nice pile of potatoes, enough for several meals. Sensible people plant potatoes in well defined rows. My potato planting consists of some definite rows with potatoes planted here and there just so I’m surprised when I go digging to plant something and find a treasure of hidden potatoes. After a few frosts and once the leaves are gone, it’s impossible to know where I planted those wayward potatoes, sort of like a squirrel who forgets where it has buried all its nuts. 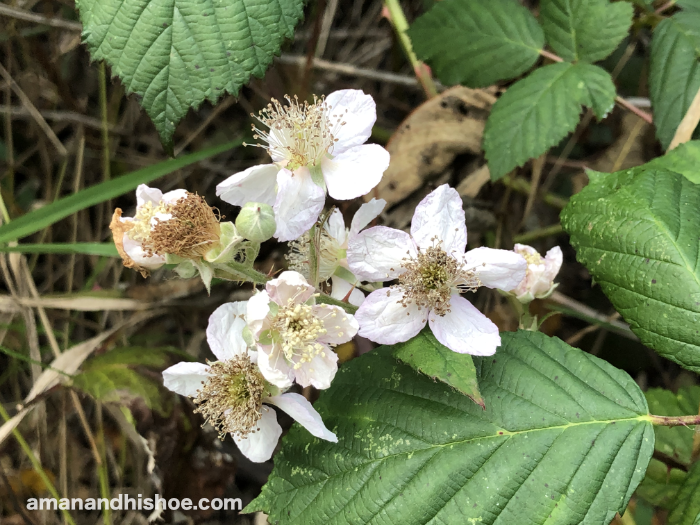 This afternoon I spotted some blackberries just blooming. These are blackberries that will never ripen. Speaking of odd things I’ve seen this November, yesterday a big dragonfly buzzed about. Was it one of those species of dragonflies that migrate south, some do, or one of those fated to succumb to winter’s ice? What I do know is that it is not a globe skinner, a dragonfly, Pantala flavescens, that migrates further than any other insect, with some flying across the Indian Ocean. How does a dragonfly fly across an ocean? An amazing feat for a creature so small.