After making a tofu delivery this morning, we ran into a flock of swans on the outskirts of Mount Vernon. Swans and snow geese have arrived in large numbers and are settling in for the winter. Both birds are very vocal, and when you stop and listen to them, you wonder what they are talking about all day long. 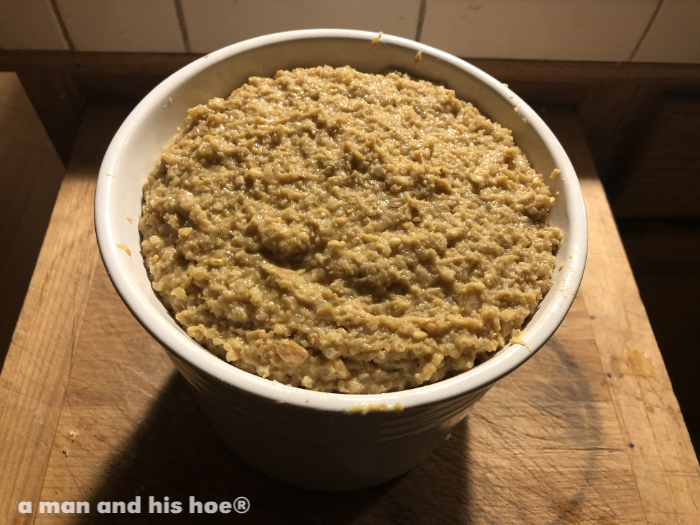 This is my fourth year at making miso 味噌. It’s a relaxing process, soaking and gently cooking the soybeans. They need to simmer for four to five hours until they are as soft as clouds, and it takes just the lightest touch to squish them. This batch is half soybeans and half brown rice. I made such a batch last year and it was so good I want plenty more of it next year.

The characters for miso 味噌 are interesting. The first one 味 means flavor. The second one 噌 means noisy or boisterous. It’s a fitting way to describe miso as it does have a very loud flavor. I guess I’d have a lot to yell about too if I was kept in a crock for eight months. 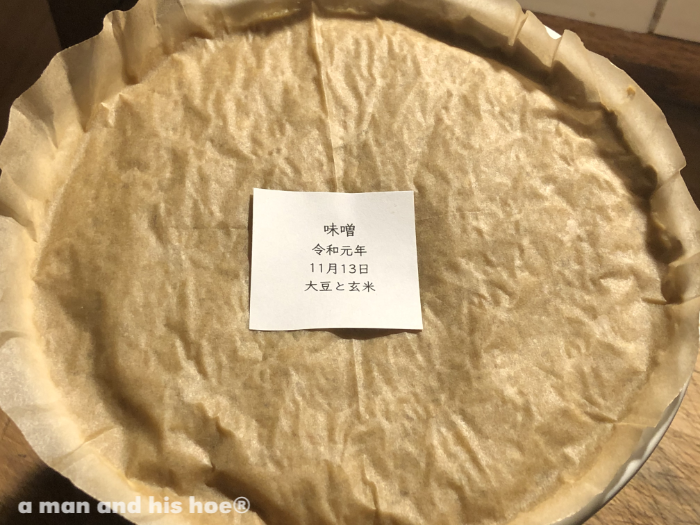 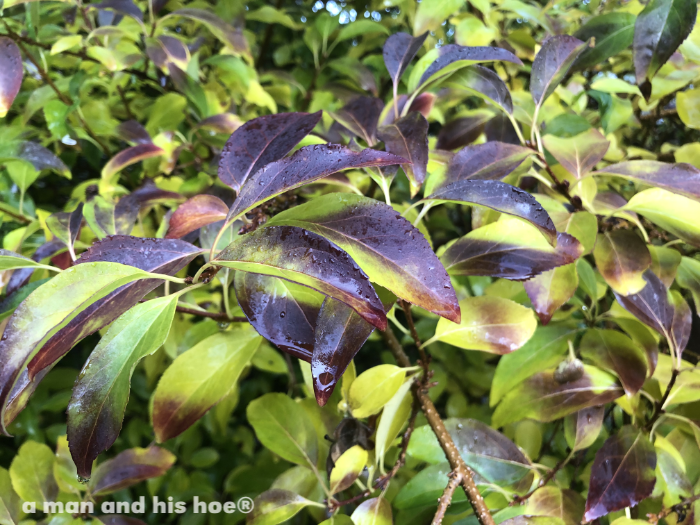 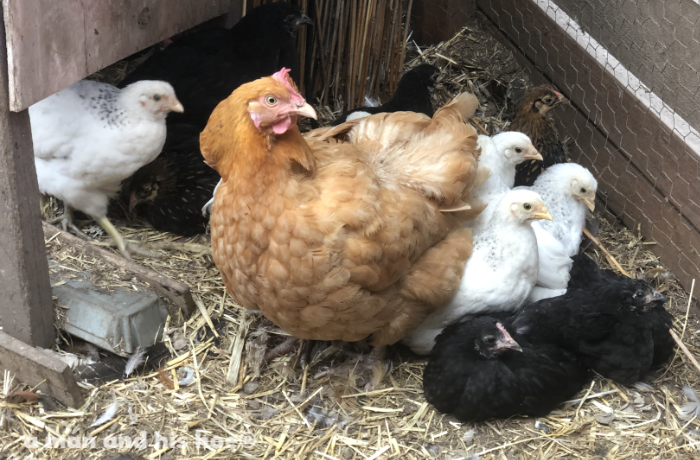 Each mother hen is full of surprises. Butter Ball starting raising her brood on September 18 when they arrived in the mail and I put them under her. They are two months old now and still dutifully following her around, and she is still mothering them. Two months is on the long side for a hen to rear her young. Every mother I’ve had before has had her chicks up on the roost by now, but not Butter Ball. At night, she and her brood still bed down in a corner of the chicken coop, some on top of her.

The one thing I did differently with her this time is that I kept her and her chicks separate from the other chickens for an entire month. Maybe because of that, they have bonded so much.

She is a remarkable mother hen. I’ll try keeping future hens and their broods away from the flock again and see if it really makes a difference.