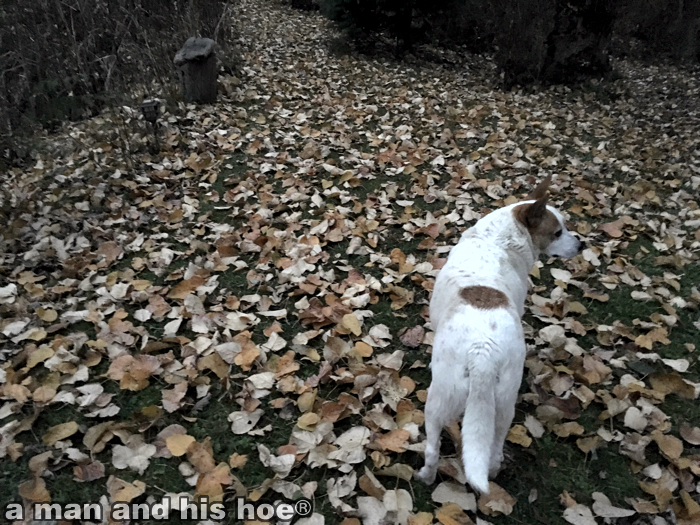 At dawn’s early light, BB and I came across a pot of gold, a dump truck’s worth of cottonwood leaves. During the night the cottonwoods decided to drop all of their remaining leaves. Was there a leaf shaking party we weren’t invited to? Did a parliament of owls shake branches all night long, screeching and hooting at the cascades of falling leaves they made? Or did the trees tire of their leaves and with a frenetic shake, toss their leaves to the ground, because they wanted to feel the wind and rain with their naked branches?

You know, nature so often does unexpected things at night that it makes you want to stay up all night, flashing a beam of light about, just so you don’t miss the party. 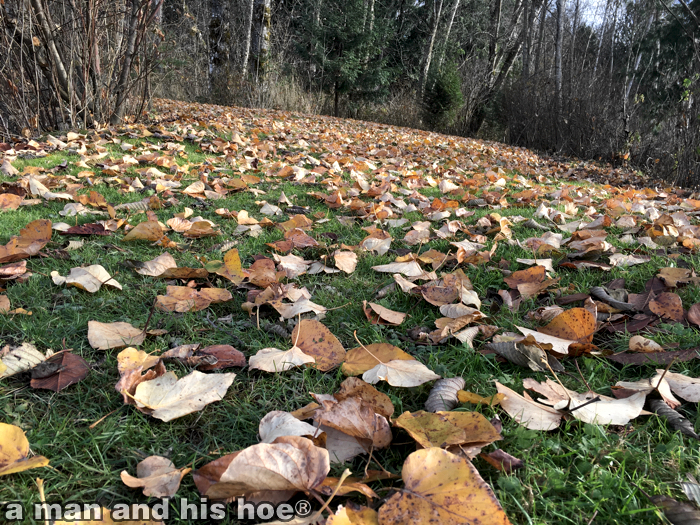 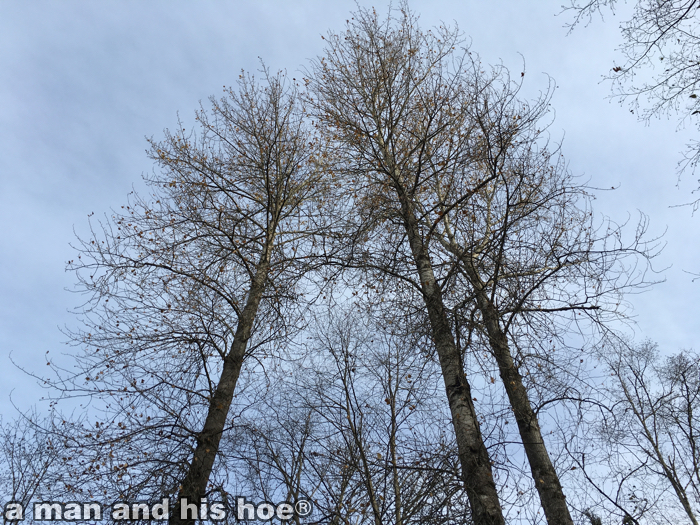 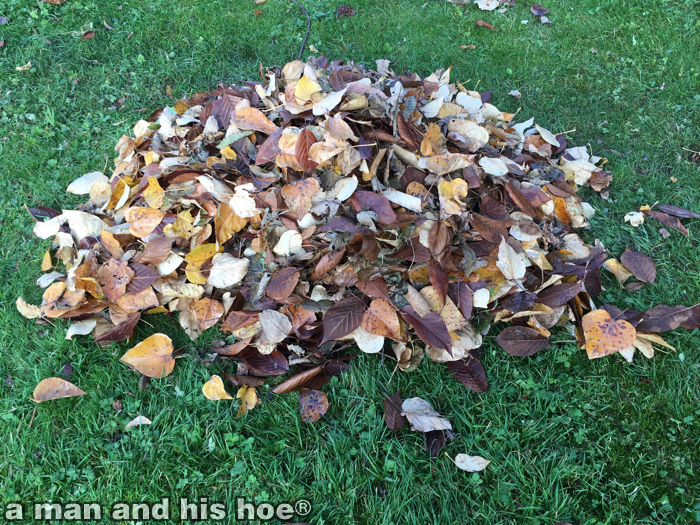 The owls and the trees had their party last night. I’m having my party today, raking up the leaves, mixing them with litter from the chicken roosts, to fill a bin of compost. Why not drive around in a small tractor and scoop up and mulch the leaves in ten or twenty minutes? Because then I’d just be sitting on my butt and missing out on all the fun of raking, and gathering armfuls of leaves, and having the chickens race after me as I dash to the compost bin. 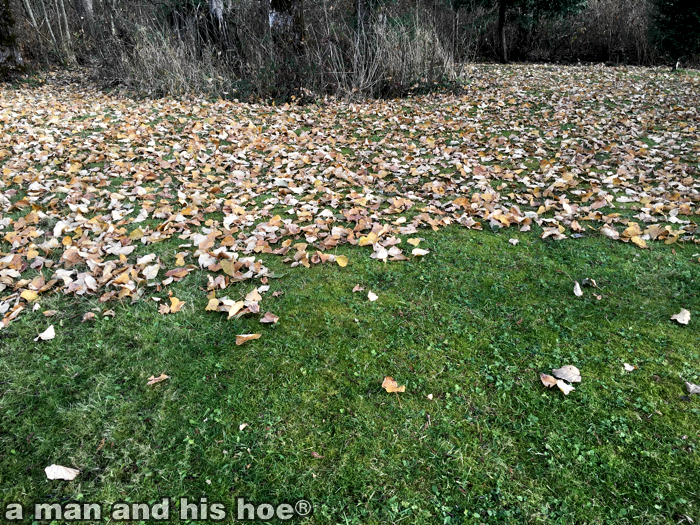 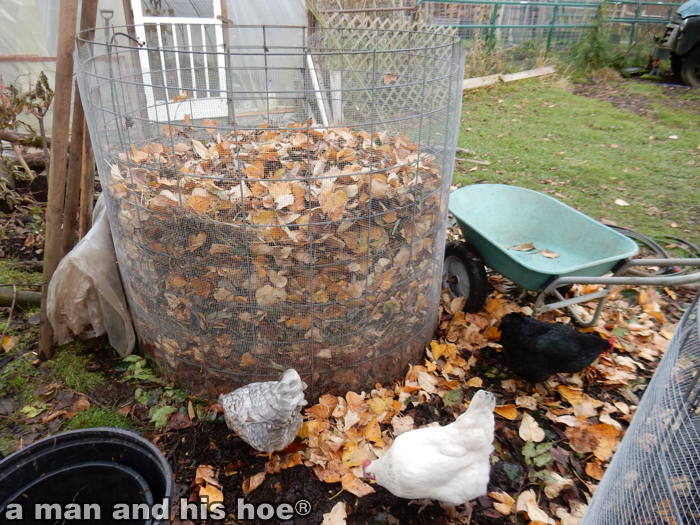 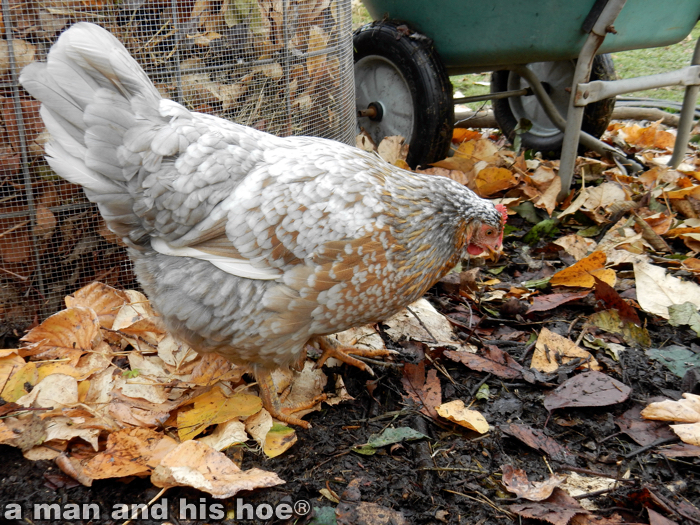 Svenda and the other chickens do their chicken dance, round and round the compost bin, as I fill it up with one wheelbarrow full of golden cottonwood leaves after another. I don’t think the cottonwoods realized that when they partied during the night, the chickens would party the next day, dancing on their fallen leaves. That’s the way nature is, one party after another. 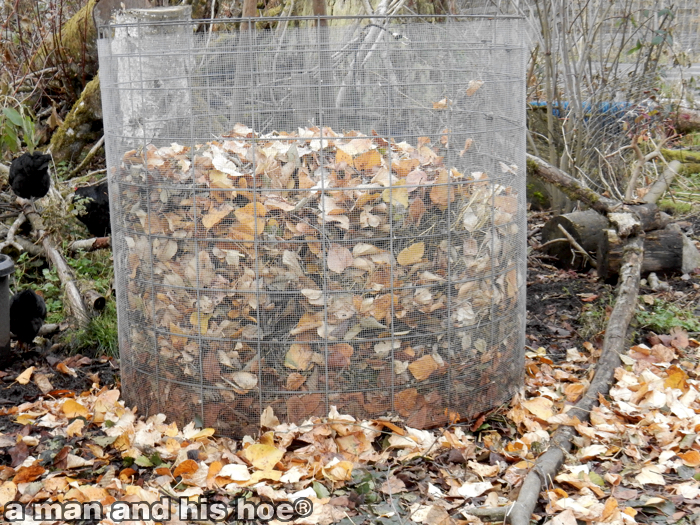