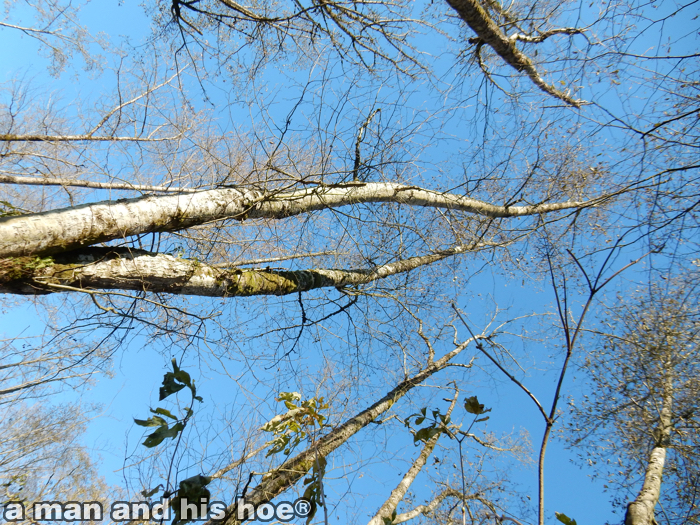 A clear, dry day like today is perfect for trail maintenance. The chickens don’t need the trails, they can easily dart through the underbrush, even when it is very dense. But if they hear me working on the trails, they will come to see if I am stirring up any good bugs for them to nab. 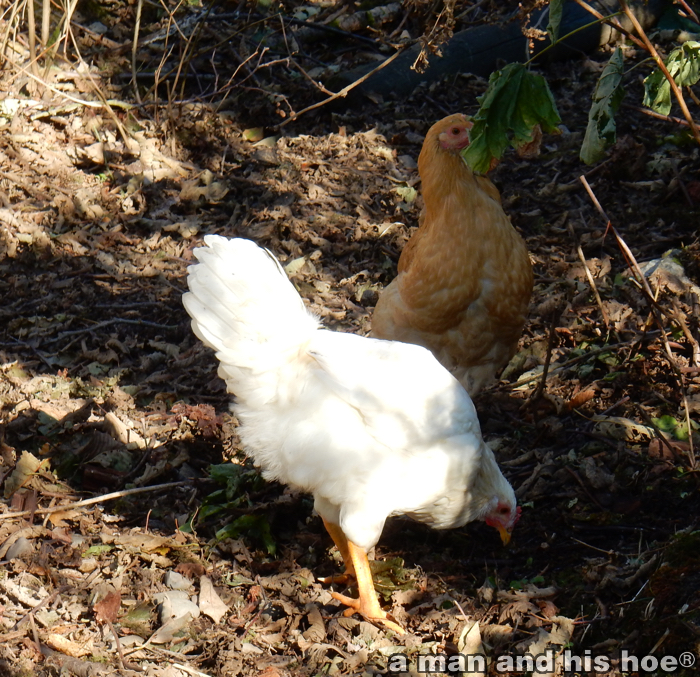 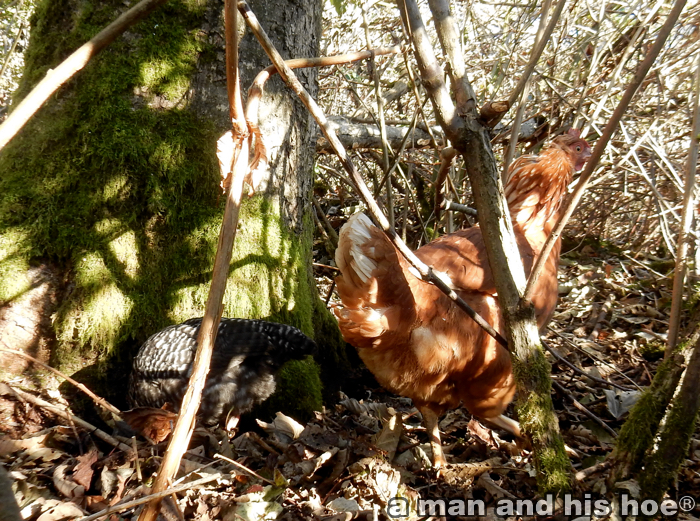 Lucky has brought her chicks. She knows that if I’m around, she doesn’t have to worry about coyotes or eagles or hawks swooping in to nab one of her chicks. She’s been a fearless mother, and even though her chicks are two months old now, roosting and very capable of being on their own, she still guards them ferociously. I wonder if she is such a good mother because she misses having a mother when she grew up. As a very young chick, she injured the back of her head and neck, and we had to separate her from her family while she healed. She had some very lonely days as a child. Now she has a family, and has been a remarkable mother. 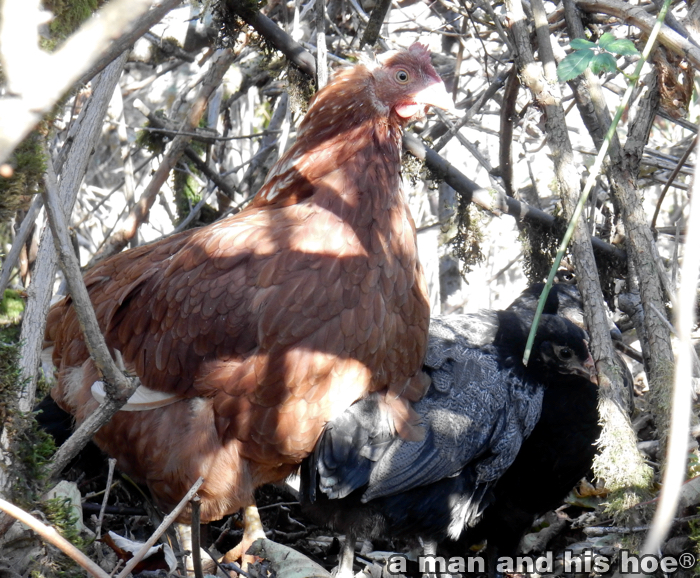 However, as peaceful and lovely, maintaining trails can be, you need to be very careful when you venture into the brush. You must go prepared to do battle with the deadly menace of the Pacific Northwest, the carnivorous blackberry.

You often read about hikers in the Pacific Northwest who go missing and are never heard from again. This is what happens to them. They fall into massive blackberry thickets and get so entangled in their vines and thorns, that they are unable to escape, and die of starvation. The more they try to escape, the more flesh the blackberry vines extract from their bleeding, weakening bodies. At night the coyotes, foxes, opossums, owls, and scavengers pick apart their flesh, leaving just their bones.

I’m positive that a thorough search of the forests would reveal dozens of skeletons of those unfortunate to have entered the woods without proper protection, like a pair of sturdy clippers or pruners, to free themselves when these vines attack. And attack they do. Out of nowhere their vines fly through the air, slash your skin, and dig their thorns into your flesh. They are like man-eating plants. Instead of devouring your flesh outright, they kill you as you struggle in vain, and then suck your nutrients out of the ground as your body decomposes and falls apart. You never hear about it, because those who succumb to a carnivorous blackberry vine never survive to tell their harrowing tale.

The next time you are hiking in the Pacific Northwest and encounter a blackberry thicket which spreads over acres, imagine how many hikers it has already devoured, and stay a safe distance away. And always carry a pair of sharp clippers. It just takes a few snips to free yourself from its thorns of death. 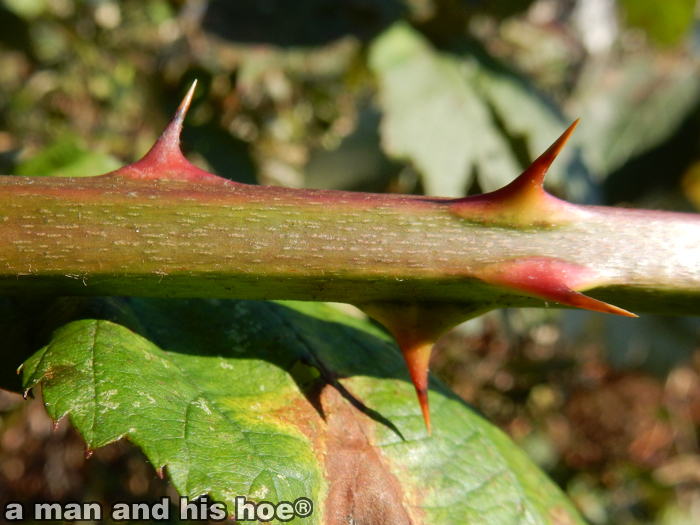 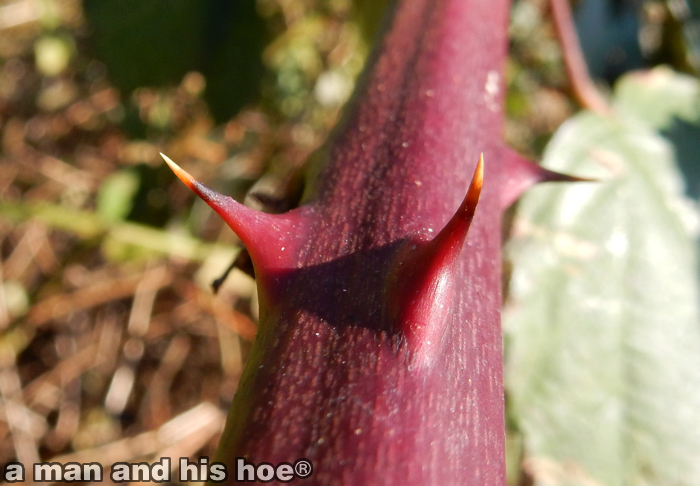