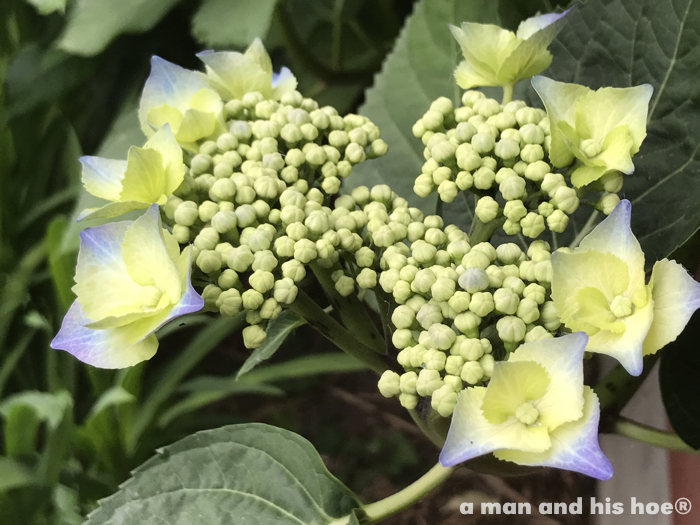 The first blush of blue is tinging the hydrangea. They are called “Ajisai 紫陽花” in Japanese, which translates to purple 紫 sun 陽 flower 花, though since they bloom during the rainy season, they are associated with rain. Throughout Japan, there are temples with so many hydrangea, they are called hydrangea temples. Hasedera in Kamakura has some 40 varieties of 2,500 hydrangea. Yatadera in Nara has 60 varieties and 10,000 hydrangea.

Philipp Franz Balthasar von Siebold, a German doctor from Würzburg who joined the Dutch military, traveled to Japan in 1823 and was posted as a physician and scientist at the Dutch trading post of Dejima, a small island in Nagasaki where the Dutch were allowed to live and trade from 1641 through 1853. At the time, it was the only place where foreigners were allowed to live in Japan.

Because of his skills as a doctor, Siebold was allowed to travel throughout Japan, and he collected specimens of thousands of plants and animals during his stay. He particularly loved hydrangea, and named a variety, Hydrangea otaksa, after his Japanese wife, Otaki. 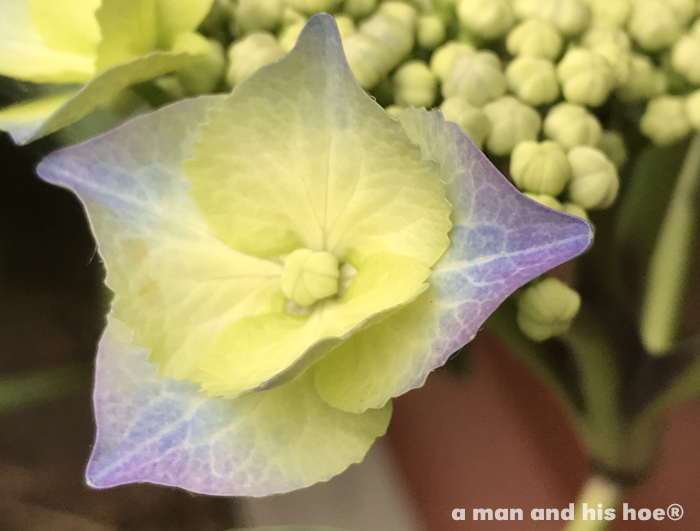