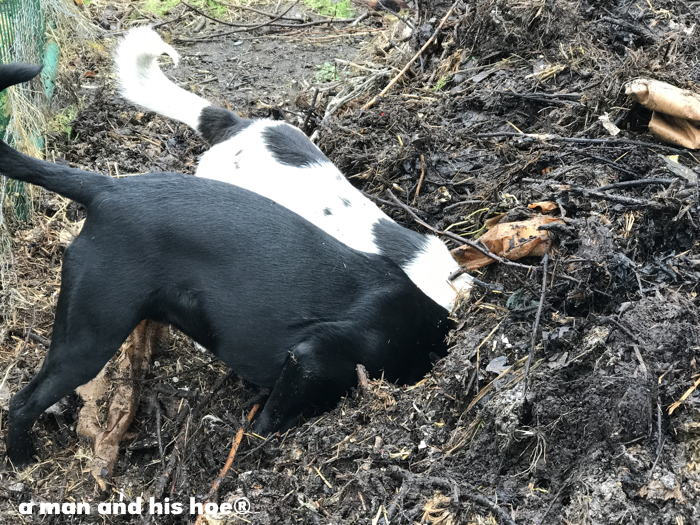 The dogs have found their heaven in the compost pile. I turned the pile which had been sitting all winter, and the dogs are ecstatic. “Thank you, thank you, thank you,” they moan as they grovel to their heart’s content. The million and a half or so earthworms I disturbed aren’t as happy, but you can’t please everyone all the time. 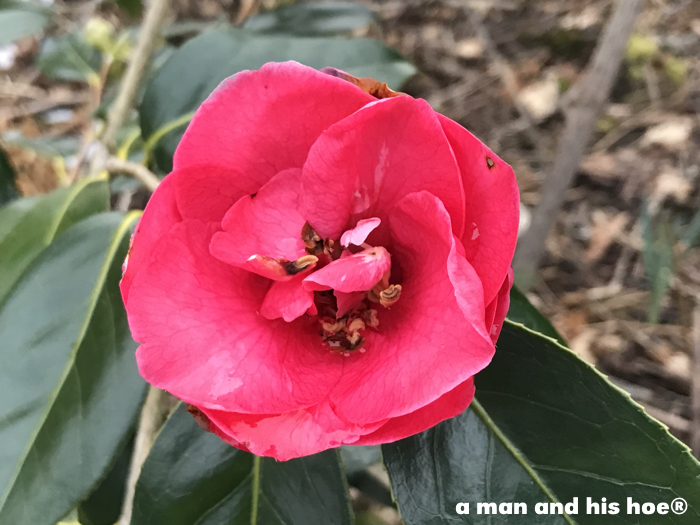 The camellia is in its heaven, feeling the cool air caress its petals. The ground beetles were in their heaven underneath the bark when I peeled the bark back. “Excuse me,” I said, and covered them back up. Virgene, a master gardener at the Skagit County Master Gardener Plant Clinic tells me that it is in the Carabidae family and most beneficial, “patrolling for slug or snail eggs, or even slugs and snails if they are small enough, as well as other insects.” 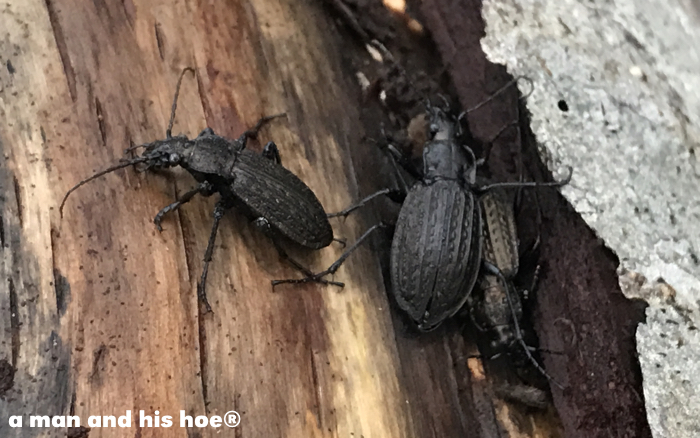 But what are those bumps in the groves on their wings for? Are they some super advanced air turbulence damper to help them fly further? Bumps they use when attracting a mate? “My, what nice bumps you have, dear, so smooth and hard. When I brush my antennae against them, it makes me shiver all over!” A well crafted camouflage to help them catch their prey? I’ll find a bit of heaven if some knowledgeable entomologist can enlighten me, preferably one who wrote their two thousand page Ph.D. disseratation on the purpose of those wing grove bumps. An entomologist who analyzed ten thousand plus specimens and has tables and charts with the minimum, maximum, averages, and means of bumps, and enough statistical information on them to keep me reading for weeks on end. That tome has probably been resting on a dusty, university library shelf for decades, waiting for someone like me to get their hands on it. Internet searches I have done indicate that there is very little interest in the bumps in the groves on the wings of ground beetles.

I sent an email to entomologist, Dr. Merrill Peterson of Western Washington University, and received a quick reply. The beetles are Carabus granulatus, a beetle from Europe and Asia which has been introduced into the North America. Wow! A beetle all the way from the other side of the world, thriving in my gardens. As far as the bumps on its wings, he wrote: “The extent of such bumps varies a lot among different ground beetle species. Could be a mate identification trait, could have some sort of function for organismal performance, or could just be random differences among species!” 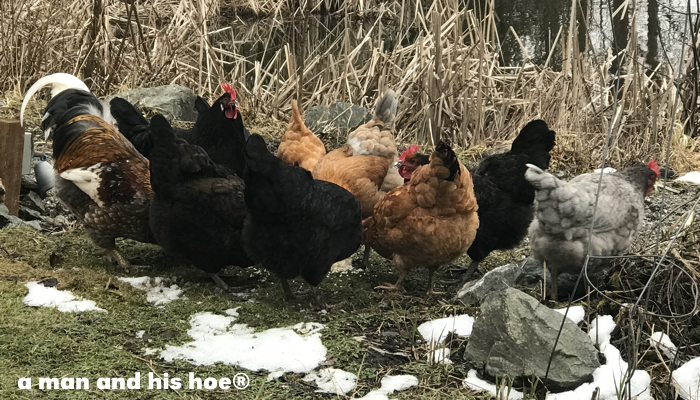 The chickens have found their heaven in a block of tofu. If you want to see chickens’ eyes glaze over in ecstasy, give them some tofu. 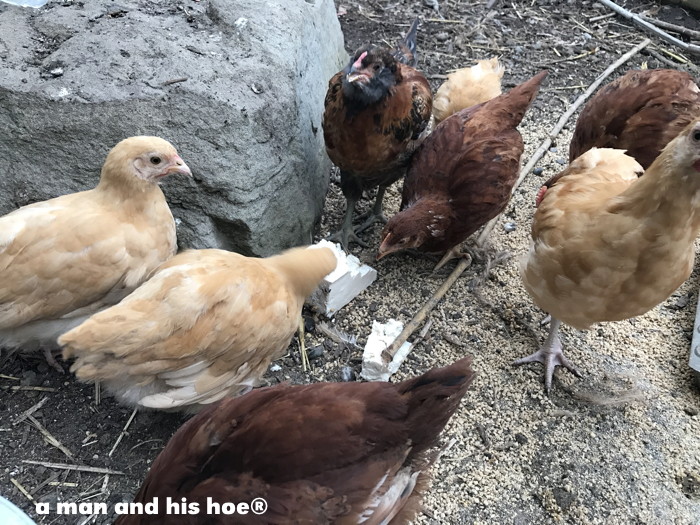