It’s a guess where the snow geese will be when we run an errand or return home. When we meet someone new, we often hear about where their parents came from, and where their parent’s parents came from, and back into history. I was heart broken when I learned that a great great grandfather of mine up and left his beautiful farm in Switzerland. I visited that farm once and could not imagine how anyone in their right mind could abandon such a place.

Probably not. But you never know. We may belittle them for their little brains, but those little brains maneuver their bodies more skillfully than jet liners, and steer them on epic journeys from the Arctic to here and back, all without the need for massive infrastructure and support staff. 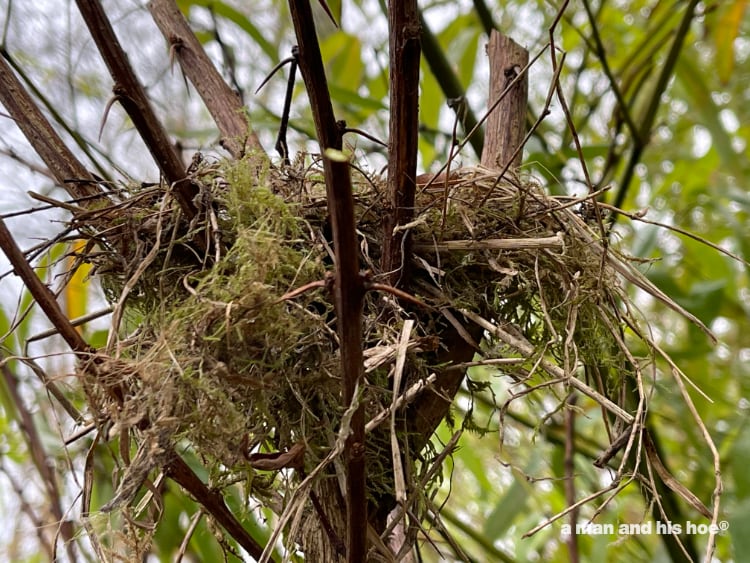 While trimming a barberry bush, I discovered a nest up in the upper branches. A barberry bush with its needle thorns is a safe place for a little bird to nest. No cat or snake would attempt to climb a barberry. Its thorns make a rose thorn feel as soft as a feather. I think you could accomplish delicate brain surgery with barberry thorns.

Trim a barberry, and it glares back at you, neon yellow. “Step any closer and you die!” the barberry screams. 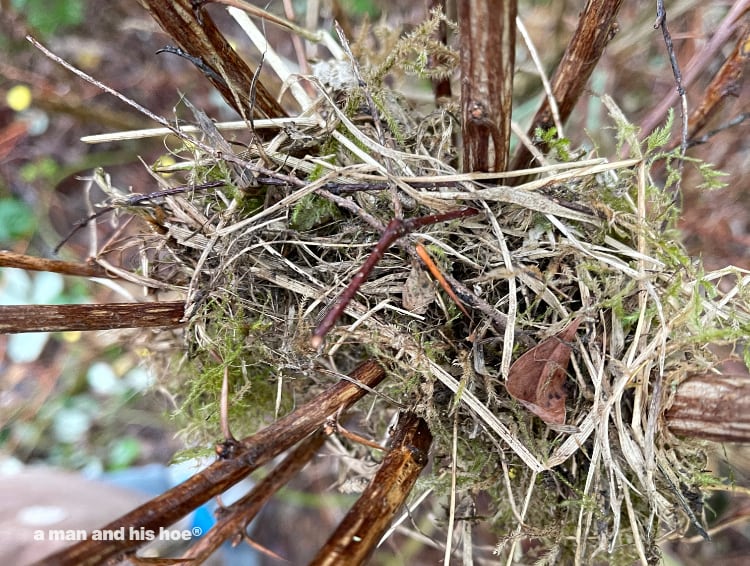 So what little bird raised a brood in this little nest? What little bird flew south and is now telling a potential mate, “I grew up in a thorny barberry bush. Where did you grow up?” 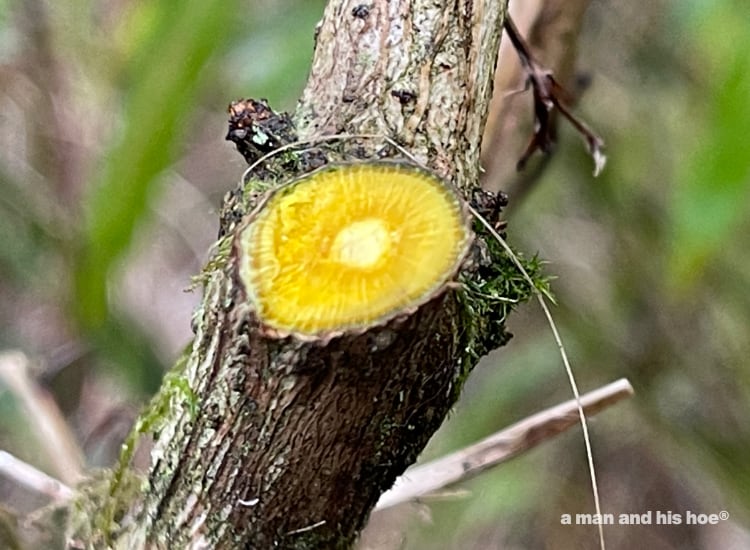 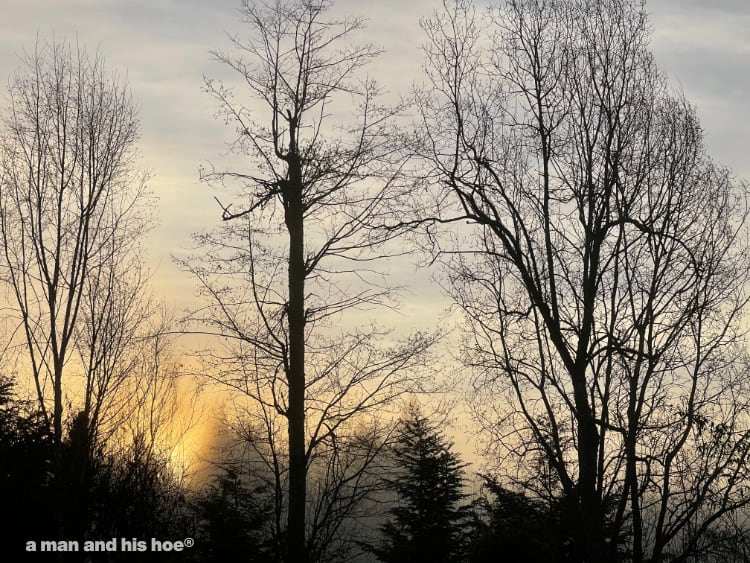