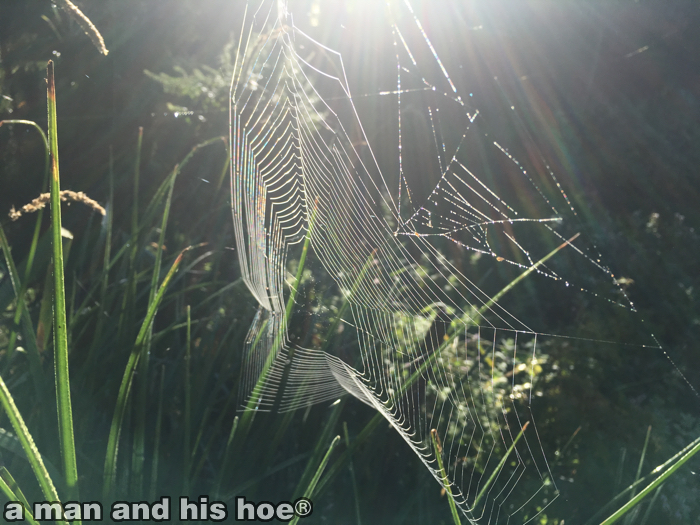 Spiders must hate foggy mornings. It makes their webs visible. There’s little chance of a bee or fly getting tangled up in a web when they sparkle like strings of diamonds. 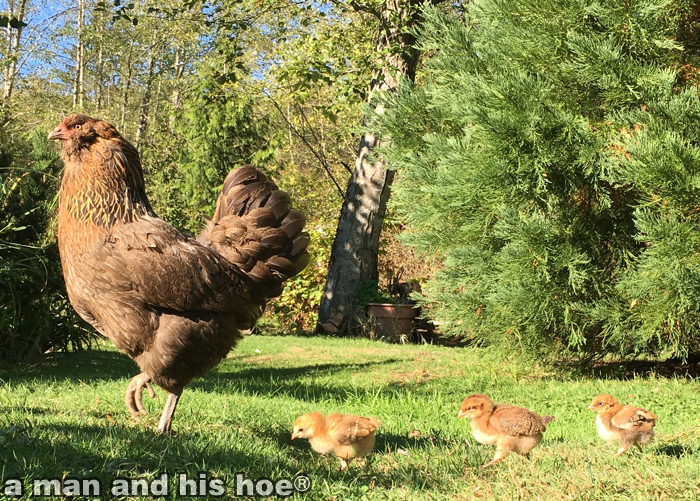 Niji-hime 虹姫 is a mother whose path you dare not cross. She will pluck your eyes out to protect her chicks. She leads her chicks with her head held high. While I was taking these pictures, a belted kingfisher flew around high in the sky, making its loud, rattling cries. Niji-hime cocked her head, saw the noisy kingfisher, and told her chicks to be still. They froze and waited until she gave them the all clear call. 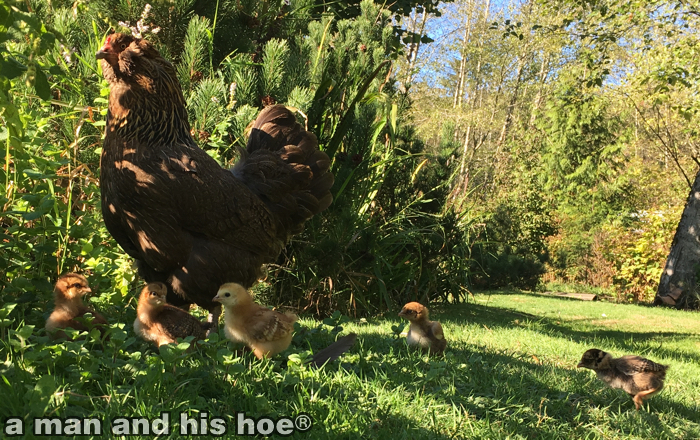 The bees have discovered an artichoke blossom. In droves they come to drink its nectar and gather its pollen. The next time you eat an artichoke, imagine how many bees would have come to feast on it if it had been left to bloom. I can imagine a worldwide movement arising, boycotting artichokes. “Don’t buy artichokes. Let them bloom and save the bees!” It could get ugly very fast. These movements have a way of spinning out of control. Restaurants would hide their artichoke dishes with lids so that their customers could savor artichokes without being yelled at. Farmers would have to truck their artichokes to market in the middle of the night. Pity the poor politician caught nibbling an artichoke. There would be no chance of them winning an election. Farmers would rush to have their artichoke farms certified bee friendly by leaving thirty percent of the artichokes on their plants to bloom. Want to make bees happy? Plant an artichoke and let it bloom.