Every day is a good day, but that doesn’t mean that sad things don’t happen. And it’s sad when you find agencies like the American Egg Board making audacious claims which just aren’t true. For more than a month I’ve been trying to get the American Egg Board to send data to prove their claim that “Most eggs reach the grocery store just one day after being laid and nearly all of them reach the store within three days.” I have never found such fresh eggs in any store, have you?

The images below are from a handout I found on the American Egg Board website this morning in their handout titled “An Egg’s Journey – From the Farm to Your Table” in which they make an even more audacious claim that “Most eggs reach the supermarket just one day after being laid!” 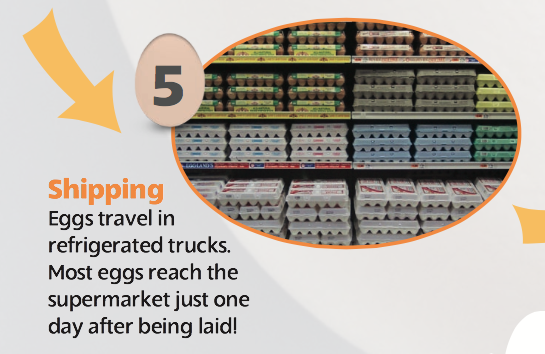 To reinforce this claim, they ask a question about it at the end of the handout: 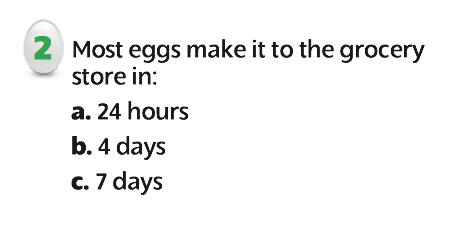 After reading that, I thought that maybe I wasn’t checking the right stores. So I called the local Costco this morning and asked them what packing dates were on their eggs. Costco moves a lot of eggs, so if any store in the area has fresh eggs, it must be them. A kind employee checked their pack of 5 dozen eggs and told me that the pack date was 028, which means the eggs were packed on January 28 because that is the 28th day of the year. Today being February 13, it means those eggs are at least 16 days old. Where are these one, two, and three day old eggs the American Egg Board keeps claiming are in most stores?

What is odd, is that after emailing the American Egg Board this morning about the handout, the link to the handout www.aeb.org/images/PDFs/Educators/AnEggsJourney.pdf is no longer in the Lesson Plans and Materials section of their website. Maybe things aren’t as sad as I thought.