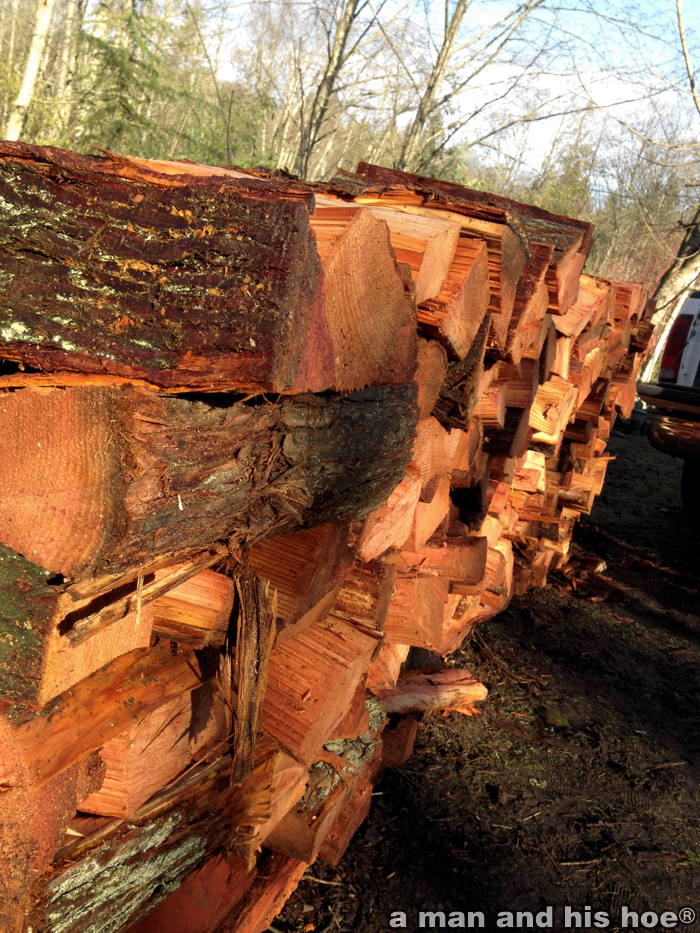 While stacking wood the other day, I spotted a moss garden growing on top of a log. This is a great place to live if you like it green and damp like I do. Set out a stump or a rock, and within a year, you’ll have a beautiful moss garden. Torture for me would be having to live in a desert or dry climate. If the trees aren’t lush with moss, I’ll visit but I don’t want to live there. 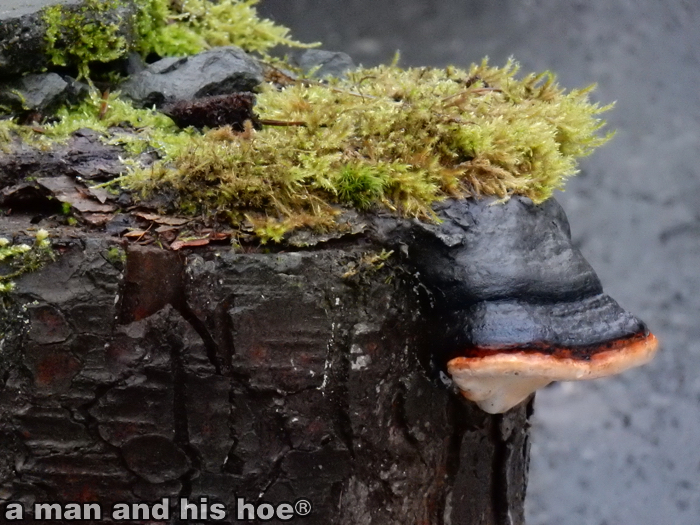 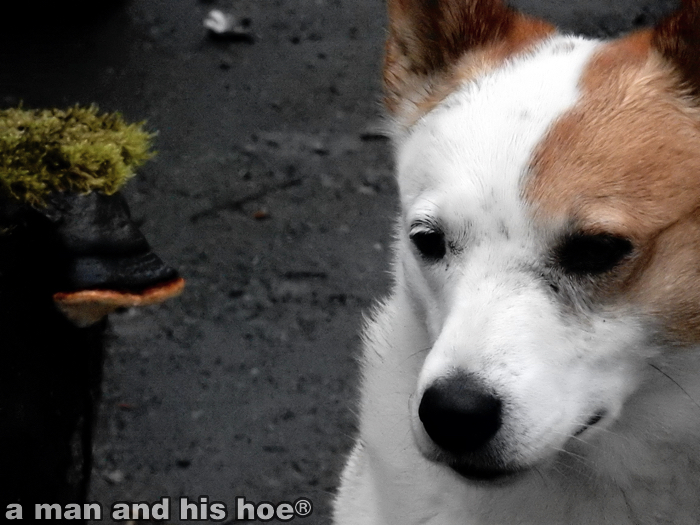 It can be hard photographing moss gardens with dogs nudging your hands and trying to bite your camera. This is Echo who became diabetic after a bout of pancreatitis before Christmas. Since then it’s been an adventure finding the right dose of insulin to keep his blood glucose level stable.

Which led me to delve into the many mysteries of insulin. Researching how your pancreas knows how much glucose is in your blood, and when to release insulin into your blood stream, turns up diagrams such as this from articles with titles like Glucose sensing in the pancreatic beta cell: a computational systems analysis.

Glucose equilibrates across the plasma membrane and is phosphorylated by glucokinase to glucose 6-phosphate, which initiates glycolysis. Lactate dehydrogenase (LDH) converts a portion of pyruvate to lactate. Pyruvate produced by glycolysis preferentially enters the mitochondria and is metabolized in the tricarboxylic acid (TCA) cycle, which then yields reducing equivalents in the form of NADH and FADH2.

It’s all fascinating stuff, with researchers still teasing apart the puzzle as to how it all works, with much of their research being done with rodent cells. Simplified, beta cells in your pancreas under go a chemical process when glucose levels rise in your blood, and release insulin they produce into your blood stream. When your glucose level drops, the beta cells close up and stop releasing insulin. But that is a gross simplification of a process that involves many chemicals and numerous intricate steps.

One Reply to “On Stacking Wood”