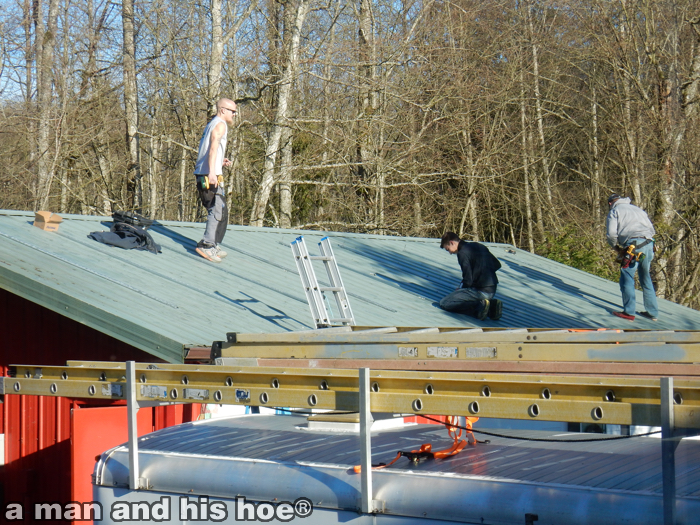 The crew from Banner Power Solutions began work yesterday on installing a solar power system on the garage. By next month we should be generating electricity and reducing our carbon footprint. They will be using solar panels made by Itek Energy, a company just twenty-two miles up the road in Bellingham, Washington. Their factory is close to Scratch and Peck, another great local company.

Even the inverters used in the system will be from another nearby company, Blue Frog Solar in the pictoresque Viking city of Poulsbo. Instead of having a single inverter for the entire system, Blue Frog Solar inverters are small inverters with each solar panel getting it’s own inverter. This maximizes the power produced by the entire system. When a single inverter is used, the solar panel producing the least amount of power, determines the productivity of the entire solar array. With each solar panel getting it’s own inverter, electricity production is maximized, and it’s easy to determine which panel(s) may be having a problem.

It’s been a longtime dream to do this, and now it’s finally happening. On to realizing more dreams. May you never run out of dreams.