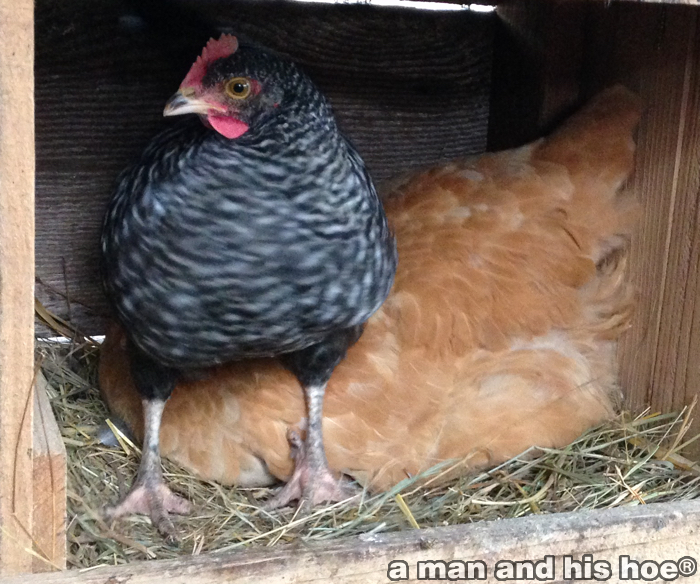 This two and a half month old chick waits patiently while its mother takes time to lay an egg. Some young chicks have a hard time growing up and leaving their mother’s side. This chick is one of the lucky ones. Of the billions and billions of chickens hatched and raised each year, only a handful ever have the luxury of seeing their mother lay an egg. It’s for these special chicks that a man and a hoe® exists. In this busy, super efficient world, there have to be a few places where mother hens have all the time in the world to raise their young, and where chicks can leave their mothers’ side when they are ready.