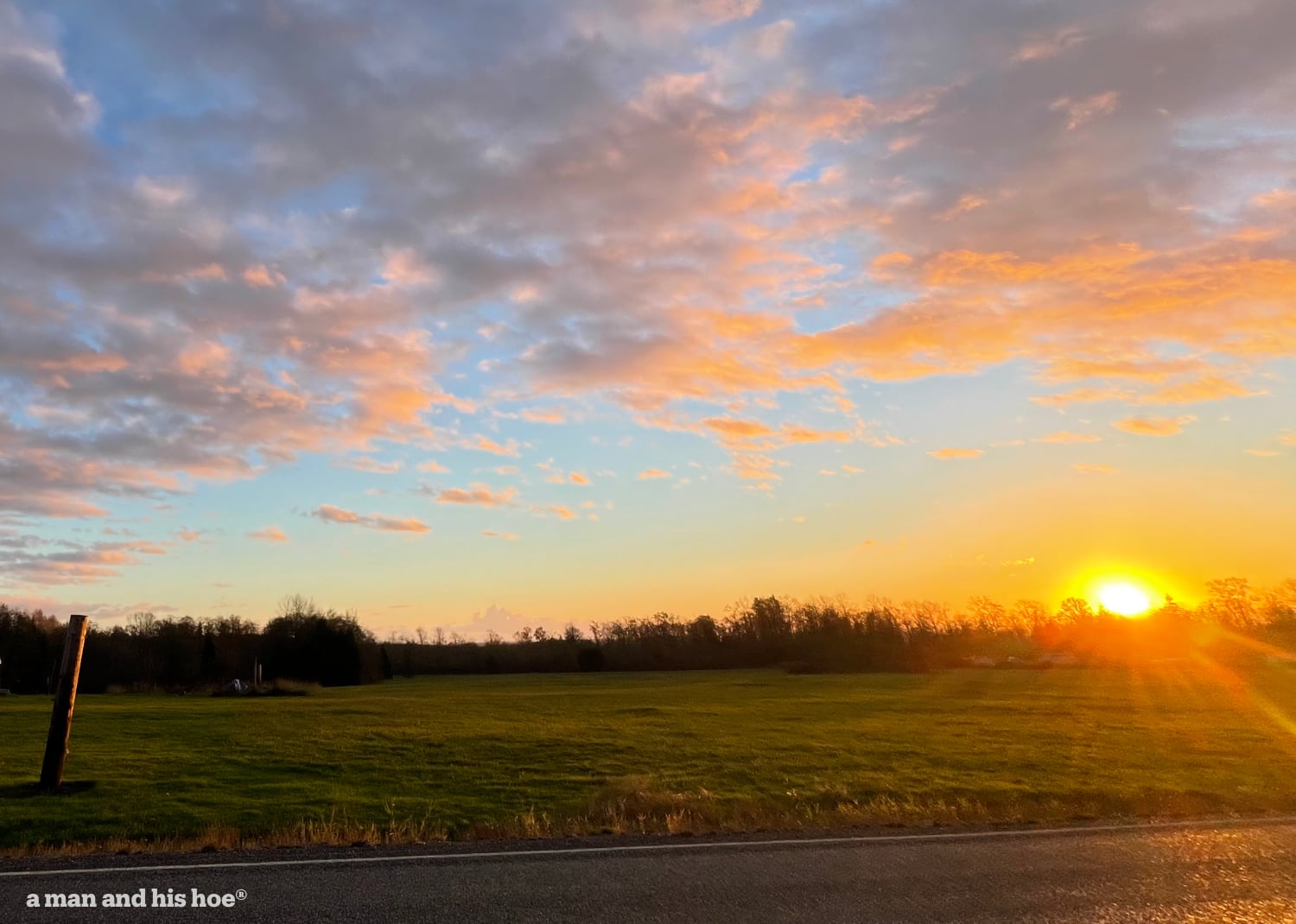 Every so often a sunset comes along that makes you stop what you are doing. This evening was such a sunset. 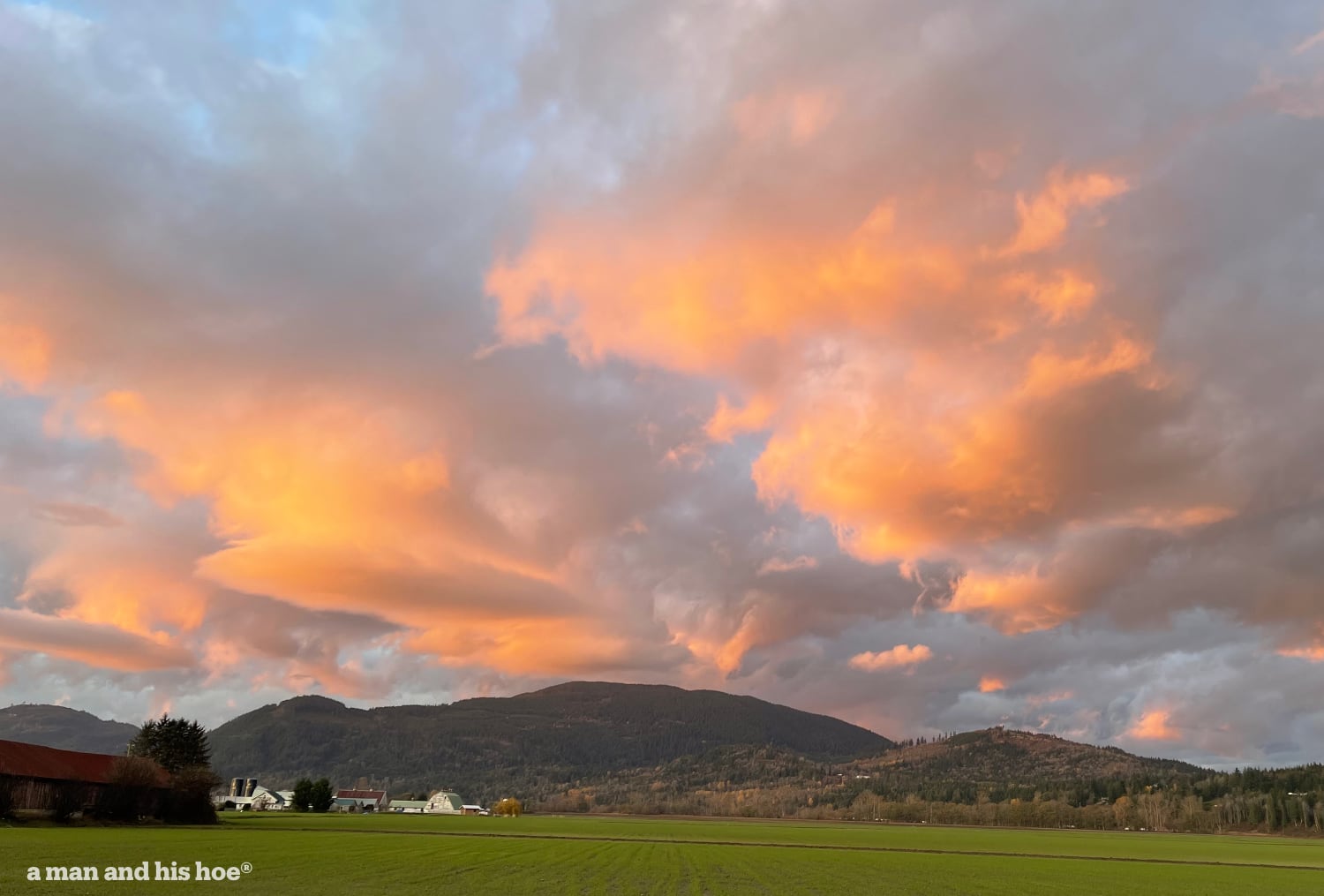 The clouds over the Chuckanuts were on fire when I went to the Post Office this evening. 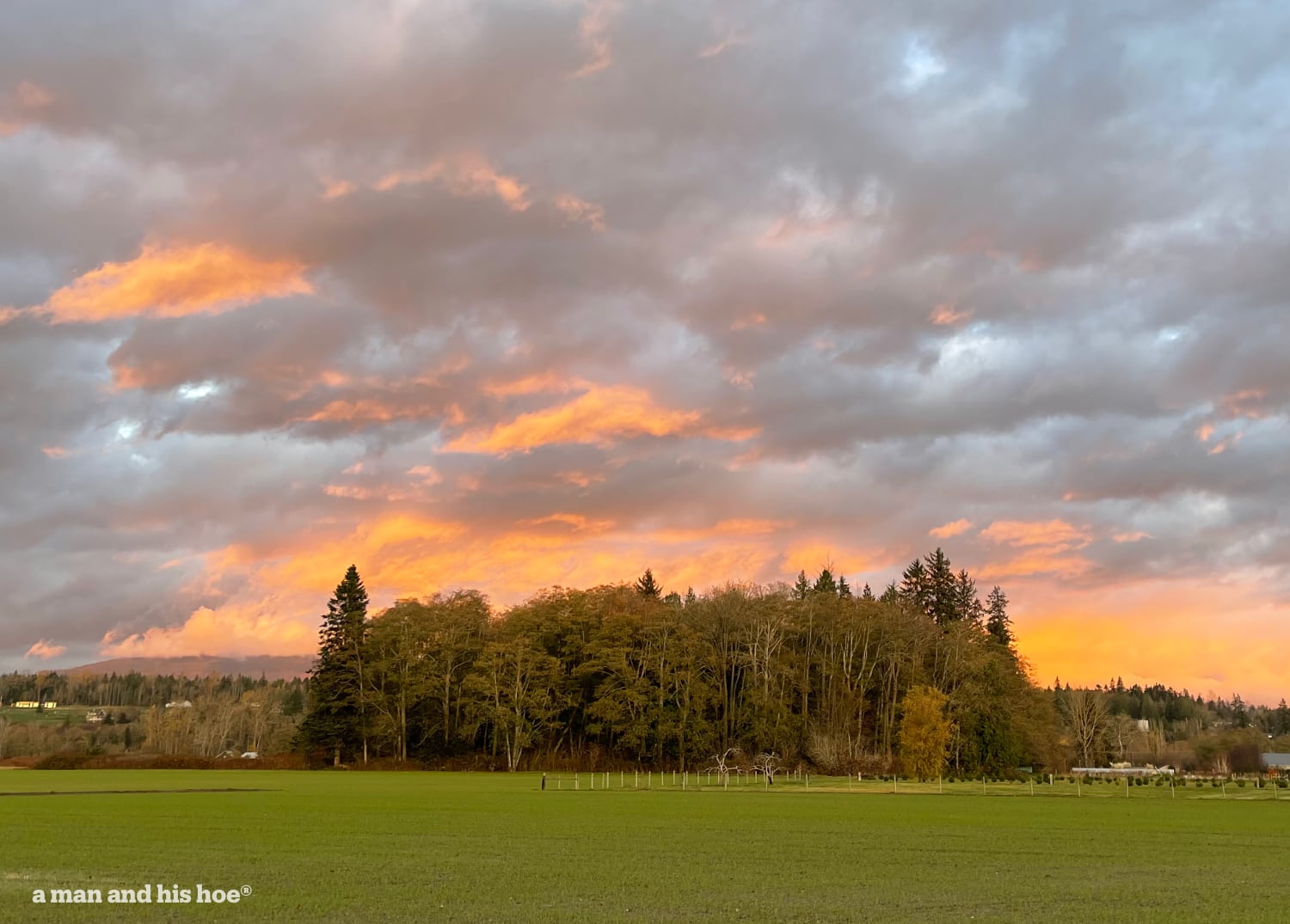 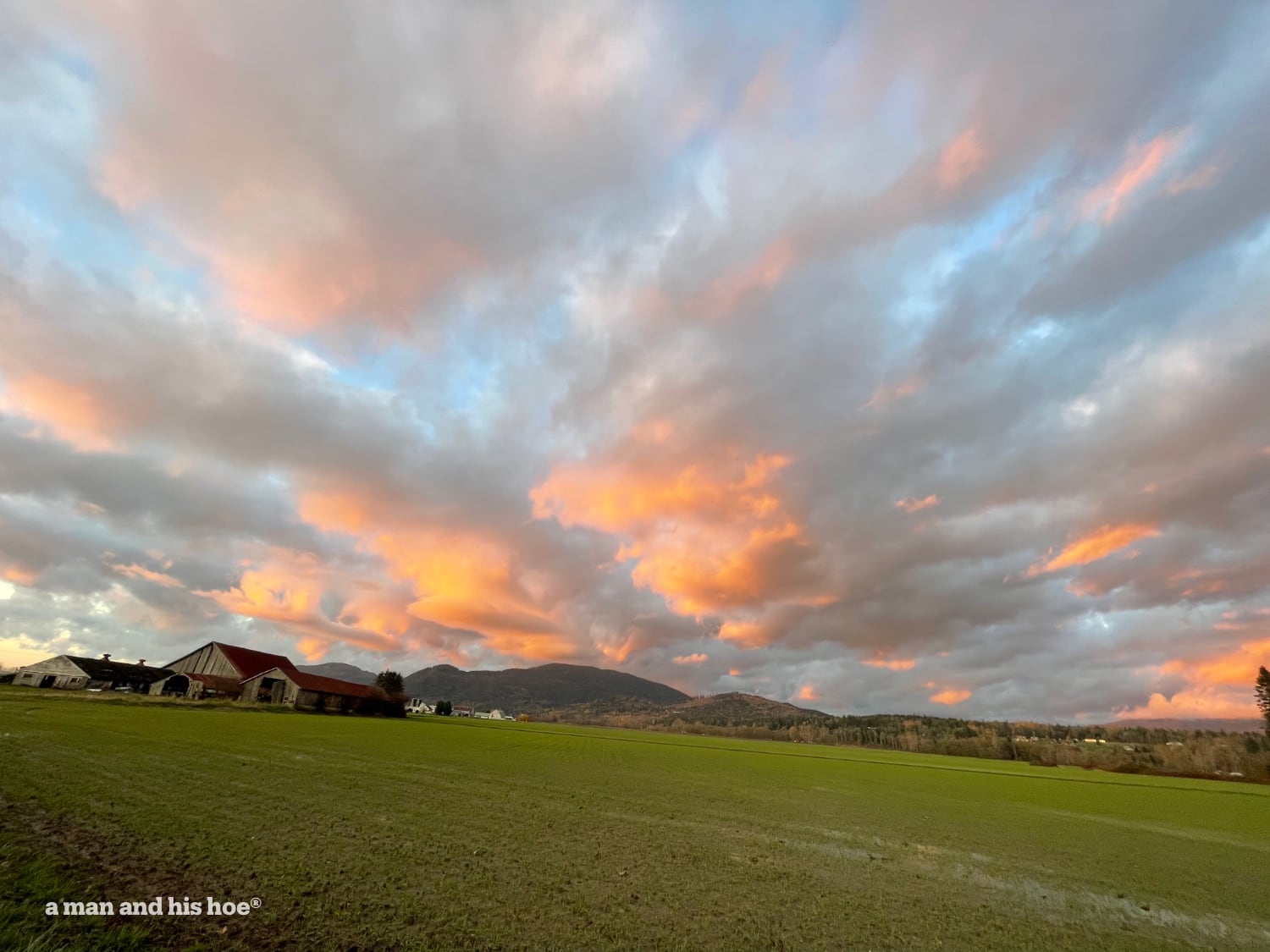 I pulled off the road three times to take it all in. And by the time I arrived at the Post Office the show was over. The sun dipped behind the horizon and extinguished the fires in the clouds. 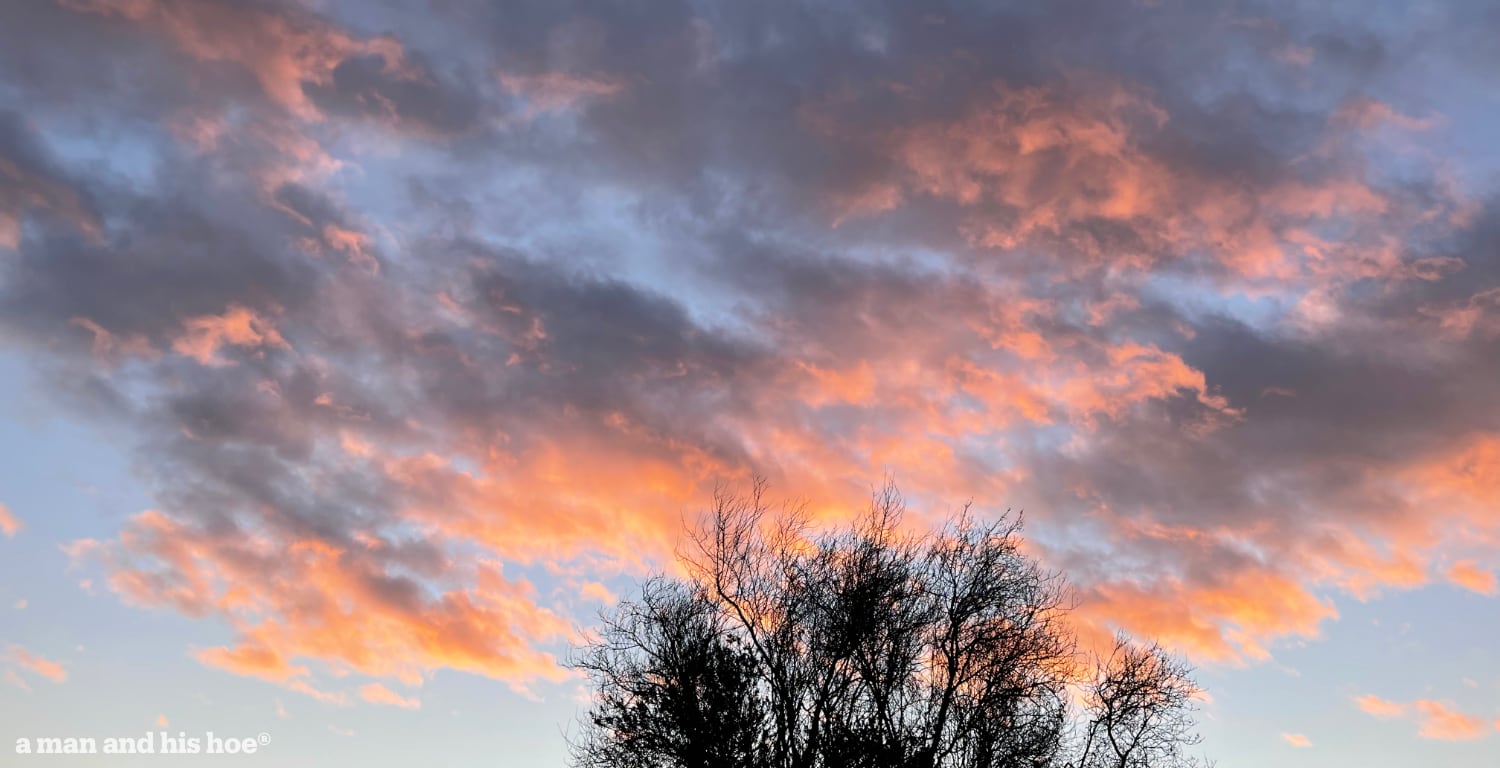 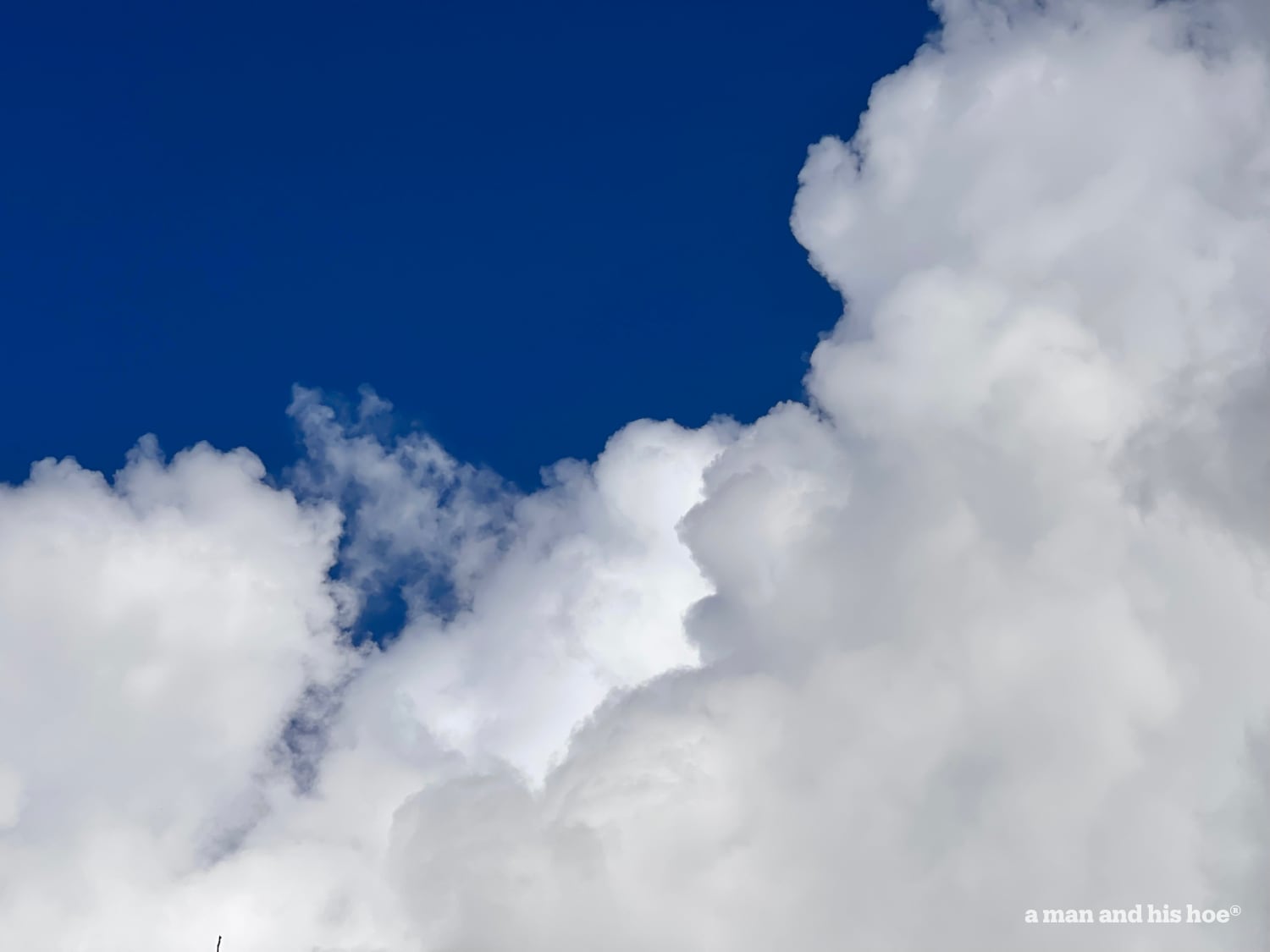 After the storm of Sunday and Monday, yesterday was so bright and blue it made the previous days of stormy weather seem like a dream. Did it really rain so much? Did the roads flood and the hillsides collapse?

A few cottonwoods still wave their gold leaves against the blue sky. During the windy days their leaves rained down like confetti. 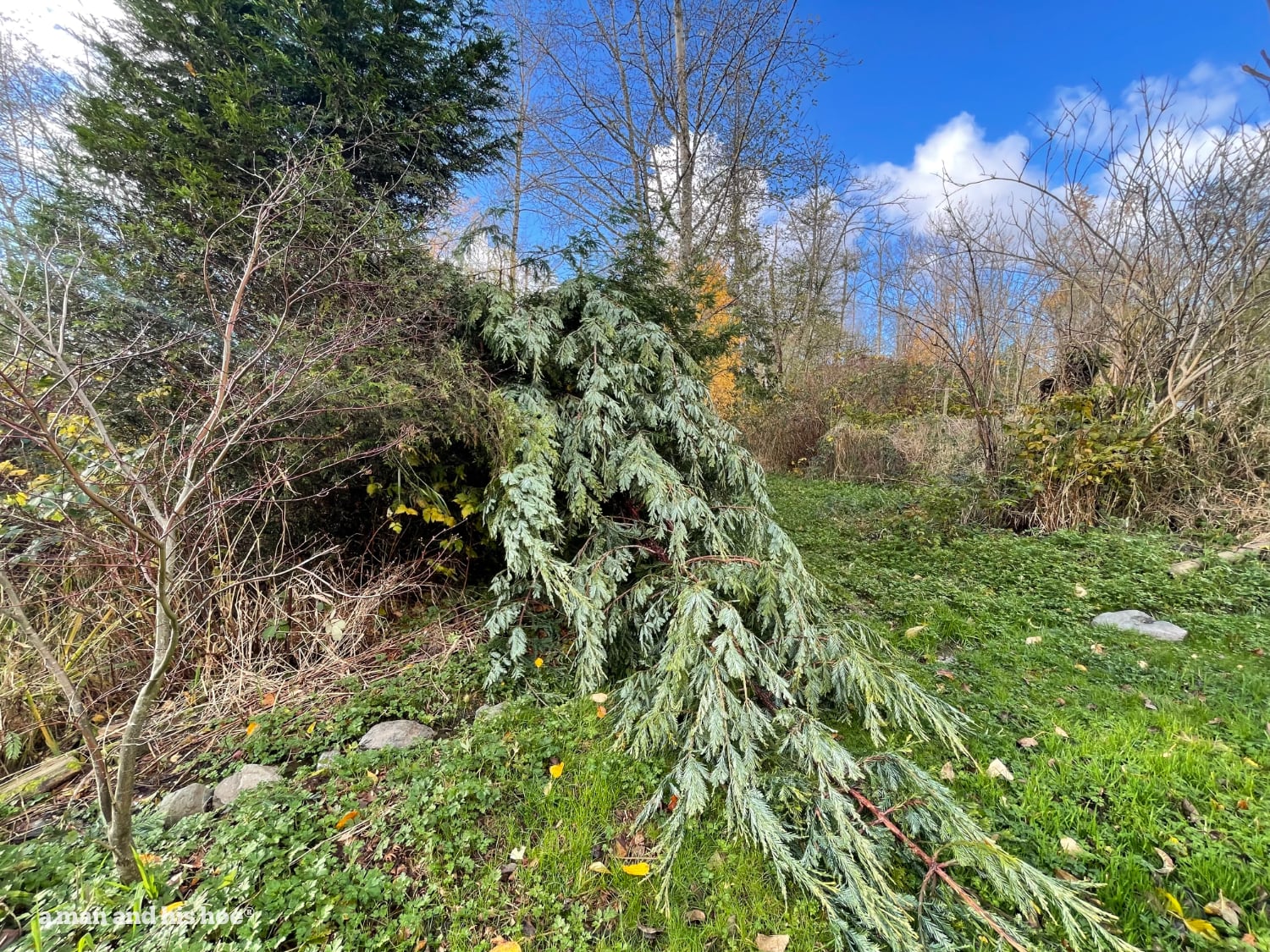 We didn’t escape unscathed. A beloved redwood snapped in two. I had visions of the tree reaching 300 feet and higher, provided I live to be two hundred or so. The redwood will send up another shoot and eventually reach the sky. It may still happen. 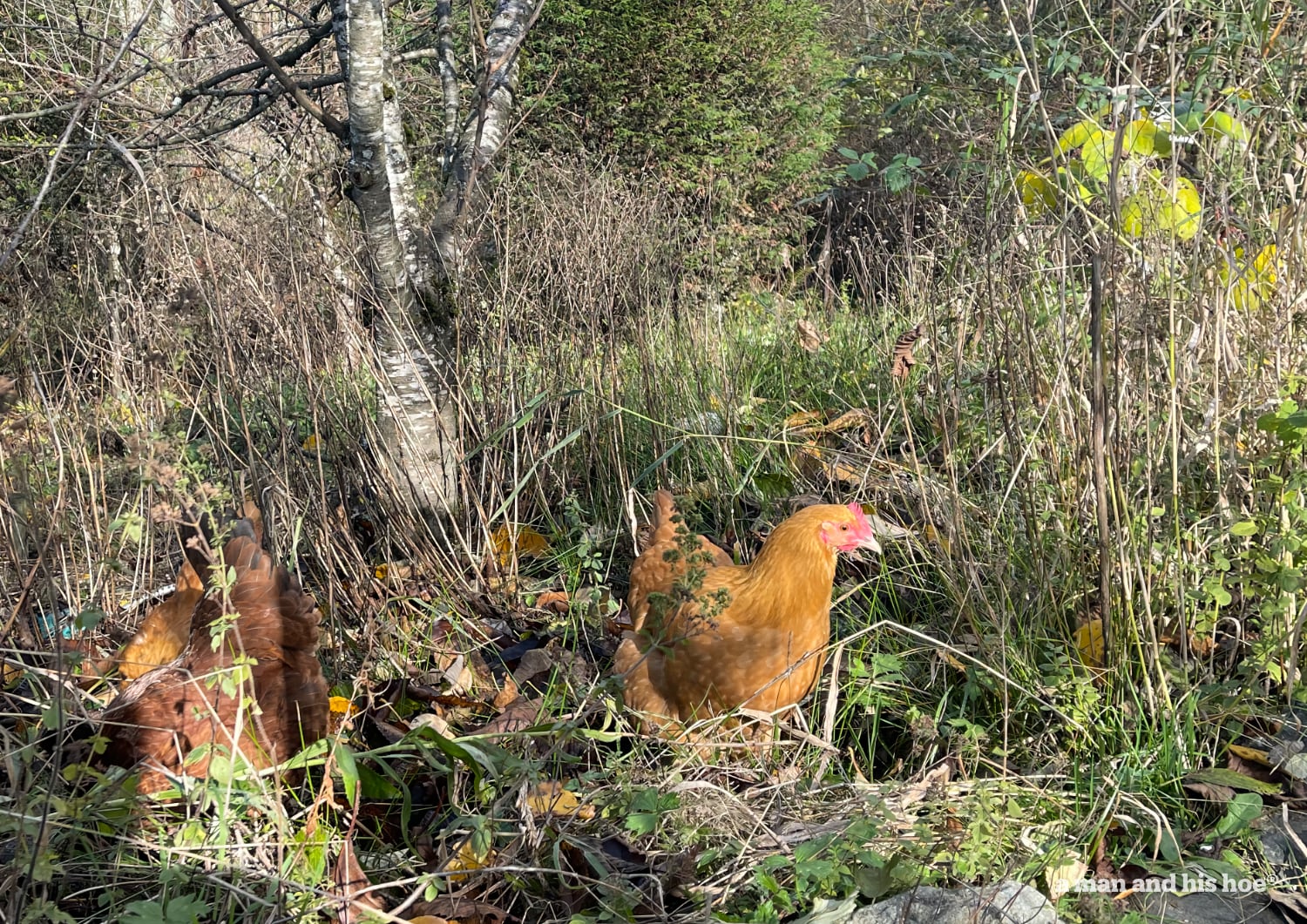 The chickens enjoyed a break from the rainy days. It’s rained every day in November until yesterday. They can finally forage without getting wet. Even the ducks were sunning themselves on a sunny bank of the pond yesterday. I guess the weather can get too wet even for them. 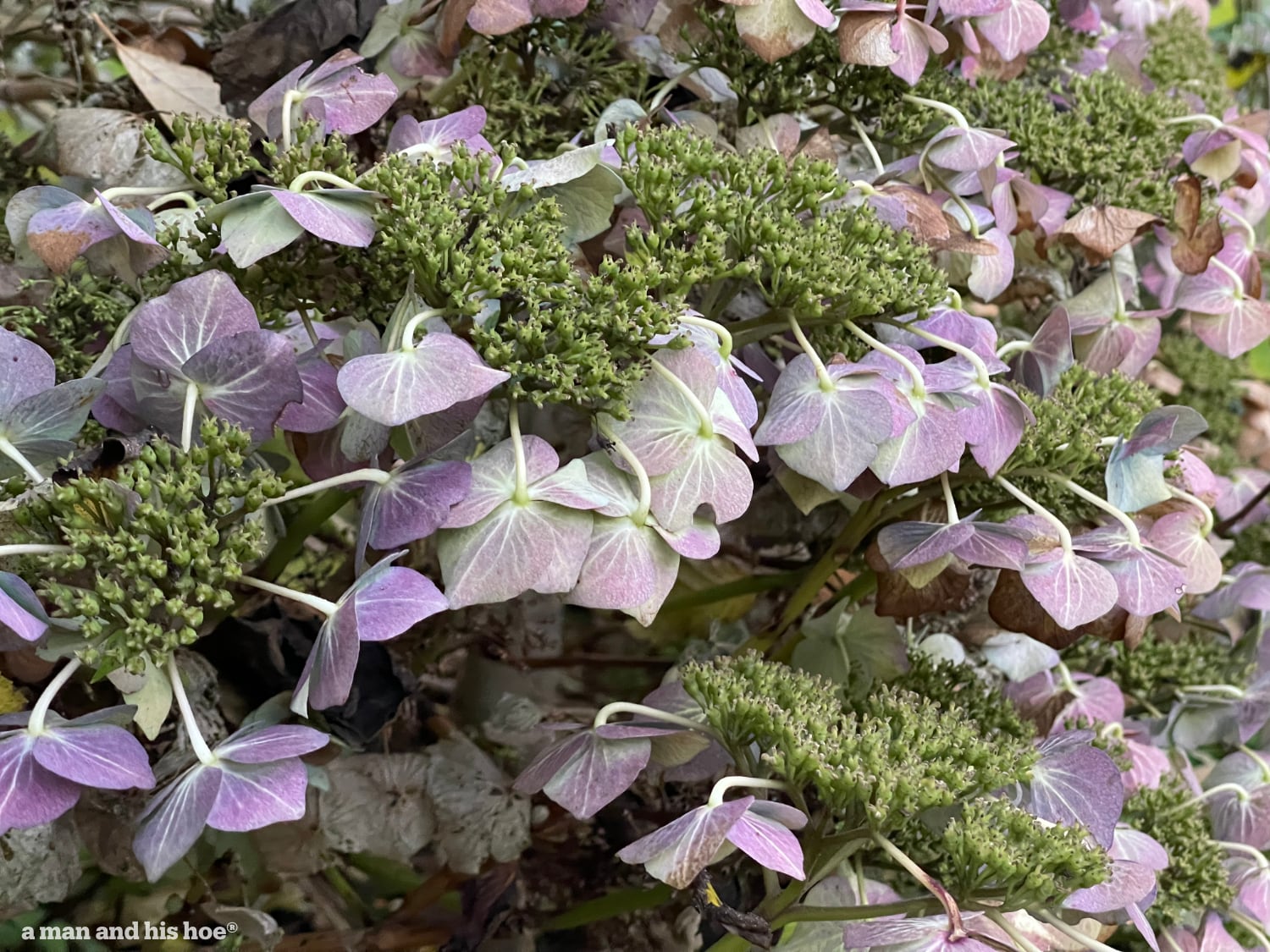 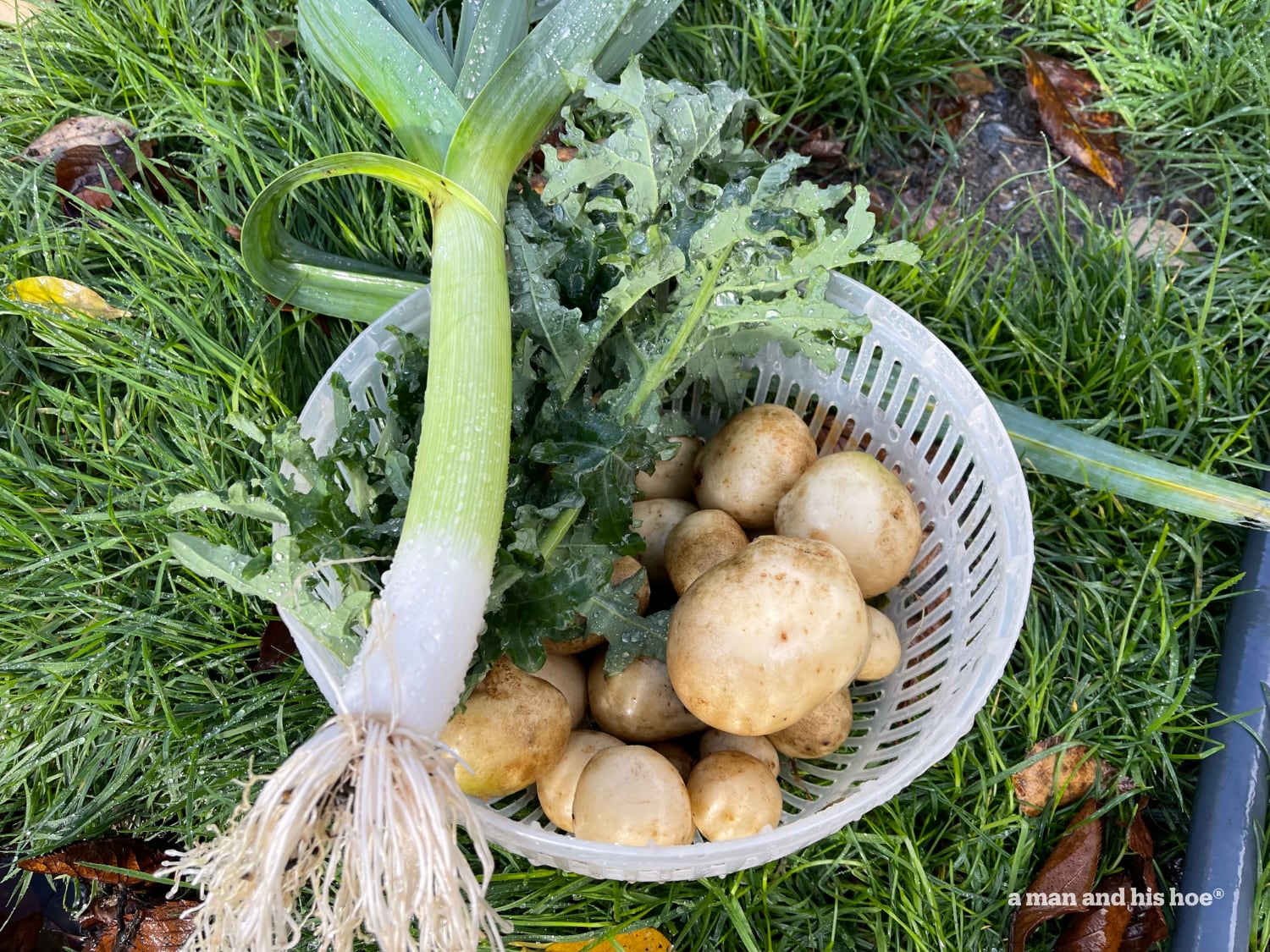 Potatoes, leek, and kale. They are late fall and winter staples. I decided to leave the potatoes in the ground instead of digging them all up. It’s an experiment to see if the ground is as good a storage place for them as anywhere. I suspect that they’ll be fine through December, which is about when I will have dug them all up. By mid January or February, they will probably be sending out roots and become inedible as they start to grow. Potatoes turn into this odd glassy, crisp texture when they start to grow. Not pleasant to eat at all.

As mornings turn cold and frosty, the kale becomes ever sweeter. Kale picked on a snow day is about the best kale you’ll ever eat. Sugar is the kale’s antifreeze, so mid-winter kale, picked on an icy day, is comfort food. 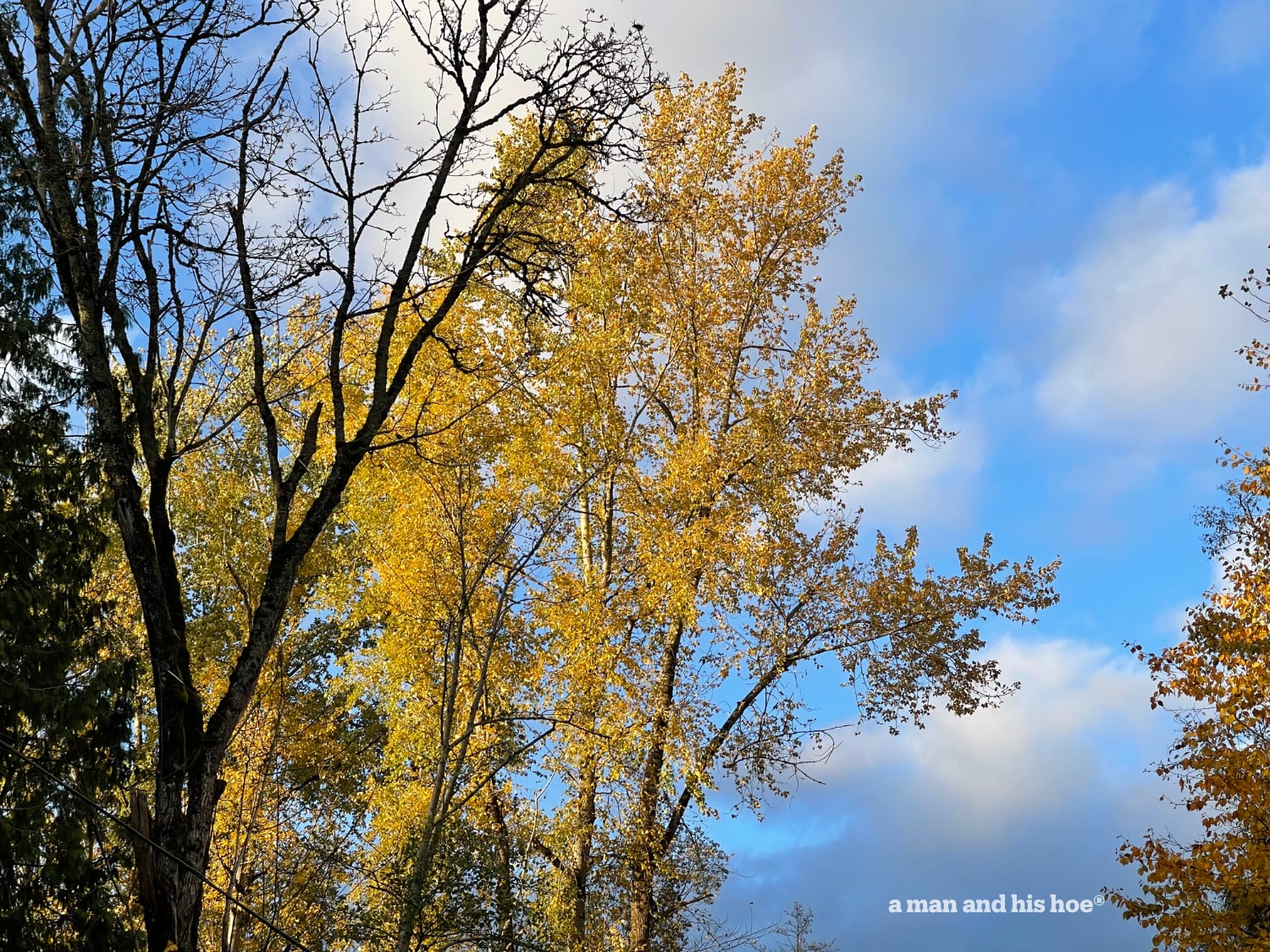 The cottonwoods have turned. As colorful as they are, standing tall against the sky, they aren’t an honest depiction of what this season is like. To convey this season, I should post pictures of near total darkness. It’s dark in the morning. It’s dark by late afternoon. It’s dark most days with heavy clouds obscuring the mountains and the sun. 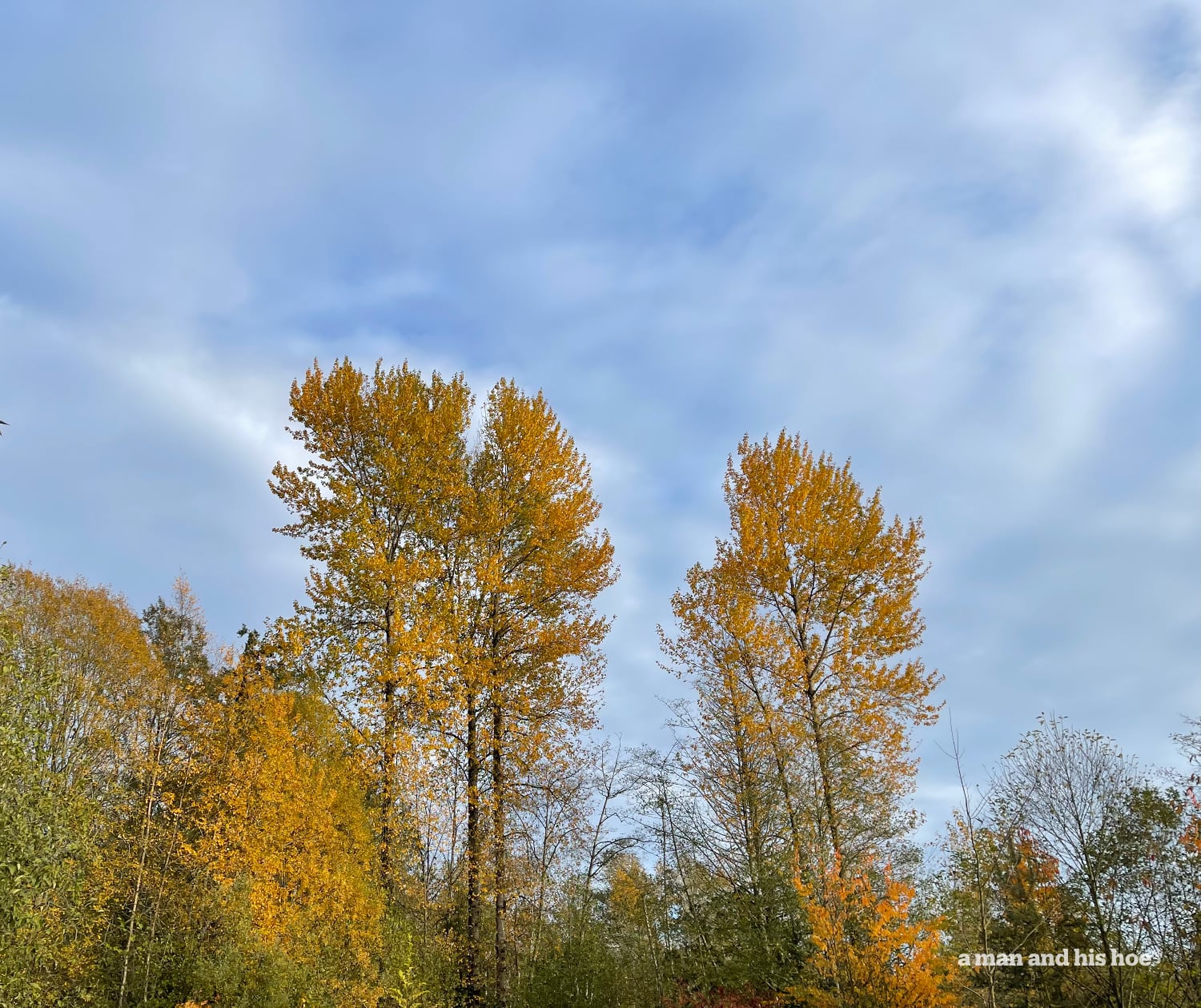 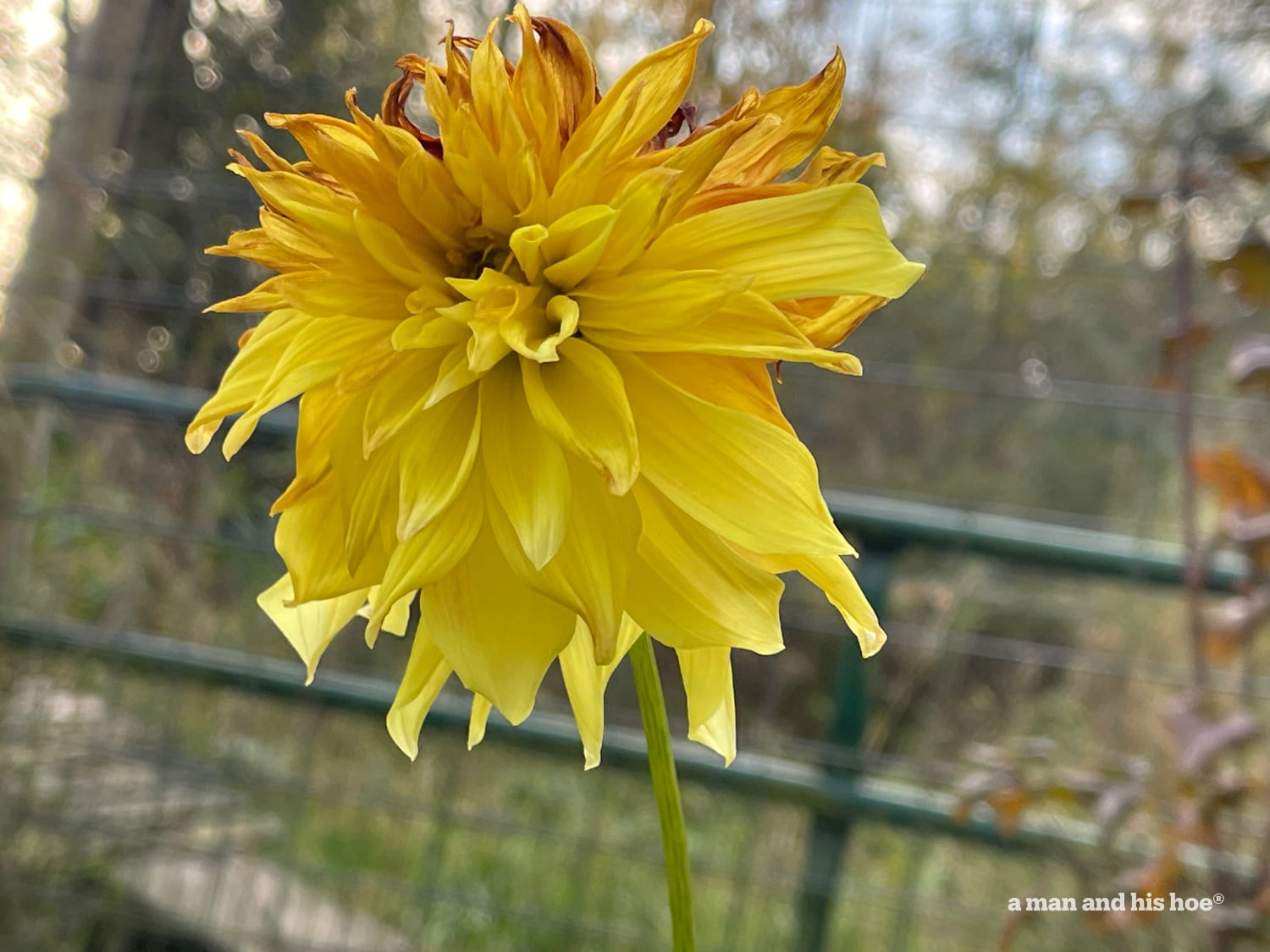 One last Dahlia adds some brightness. Each day is darker than the day before, but in just five and a half weeks the days will start to lengthen. We humans can’t help but have at least one toe in the future. The swans are back, foraging in the fields. They just arrived, but are some of them already planning their trips back north? Are some counting the days until they can go home? 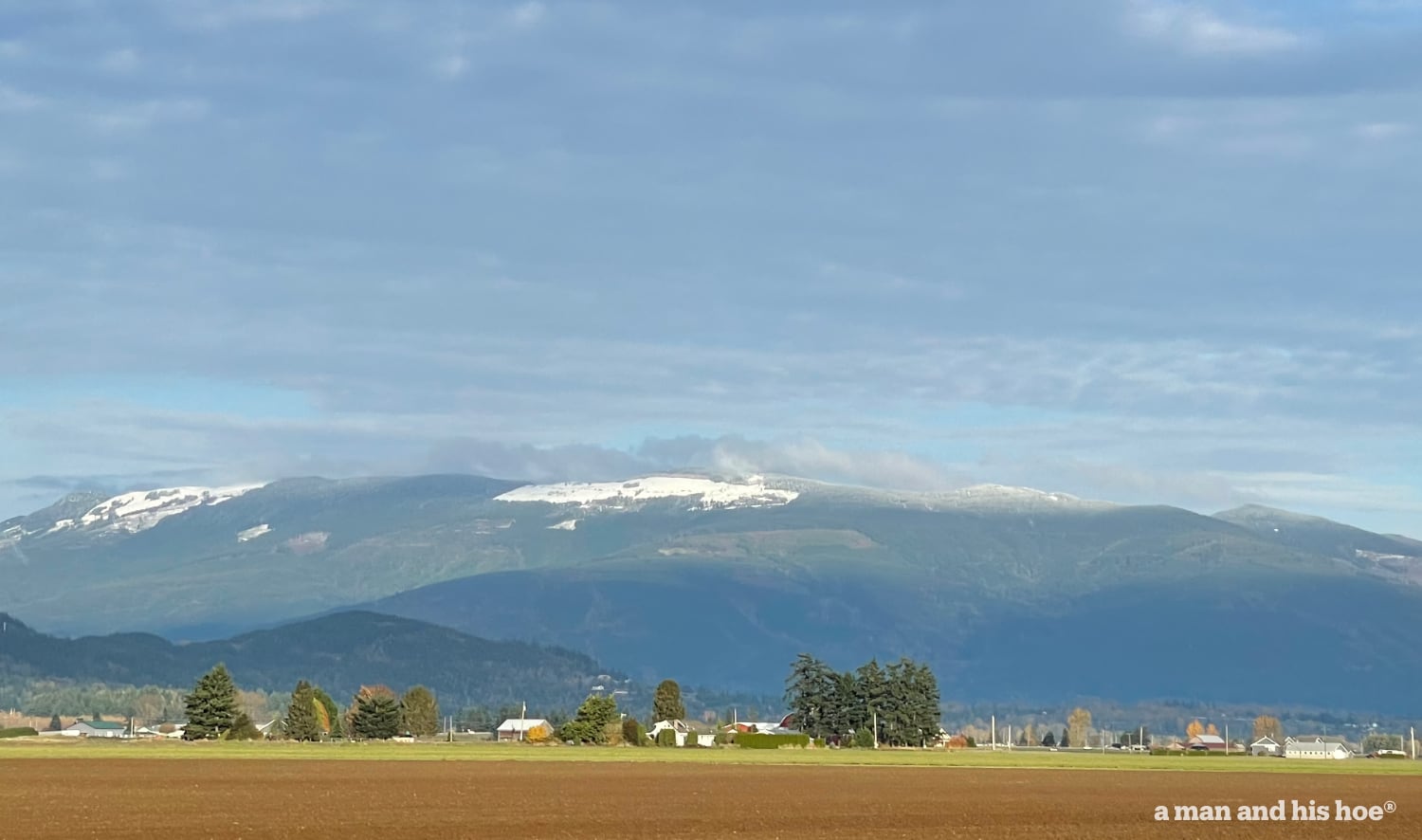