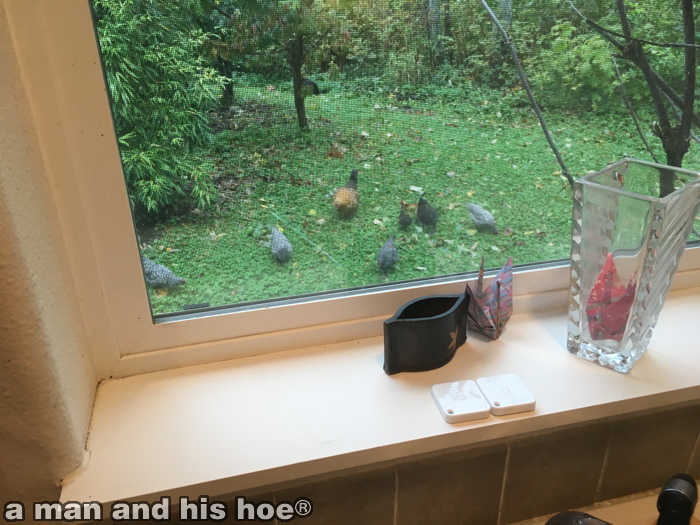 While making tofu this afternoon I saw MiAsa 美朝 bring her two month old chicks out to graze under the plum trees by the cabin where I make my tofu. It’s hard to believe that in late August, the chicks were tiny bundles of fur peeking out from underneath her. 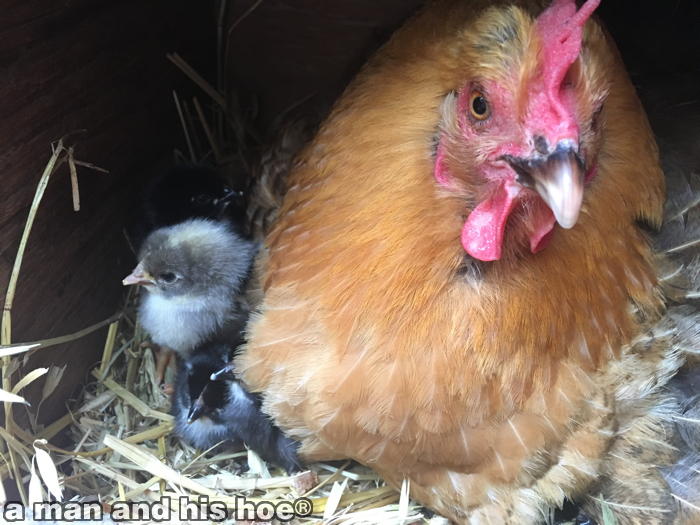 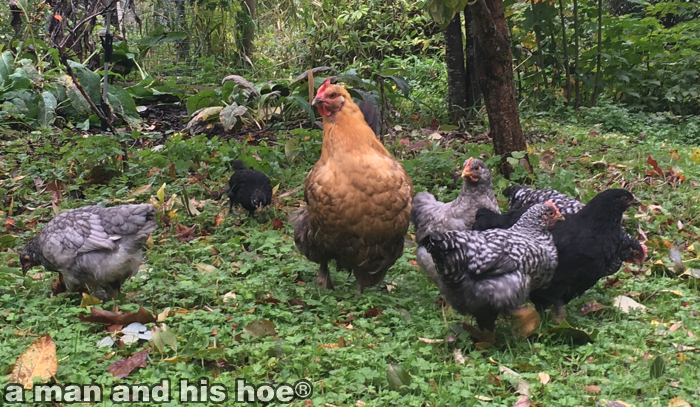 Now they are half the size of her. The whole family snuggles up together in one of the nests in the evening. Many hens are done raising their chicks by the time the chicks are this big, but MiAsa enjoys being a mother and having her little ones around her. She must be a special mother because among her chicks is one half the size of the others. You can see it in the photo above. It’s the much smaller, black chick to the left of her. It is actually a chick born to another hen weeks later, but who decided that it would rather hang around with MiAsa and her chicks instead of its own mother. What did it see in MiAsa that it didn’t see in its mother? 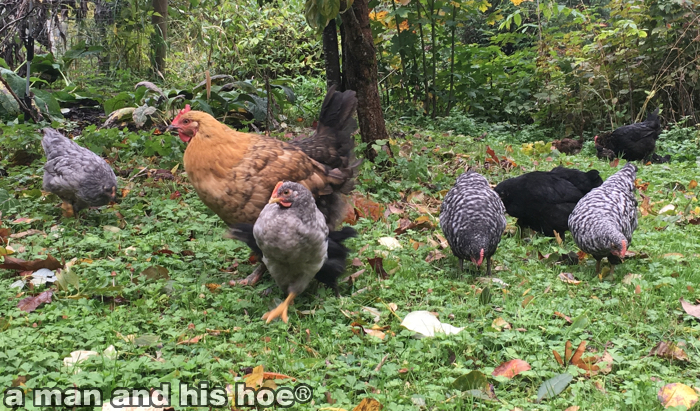 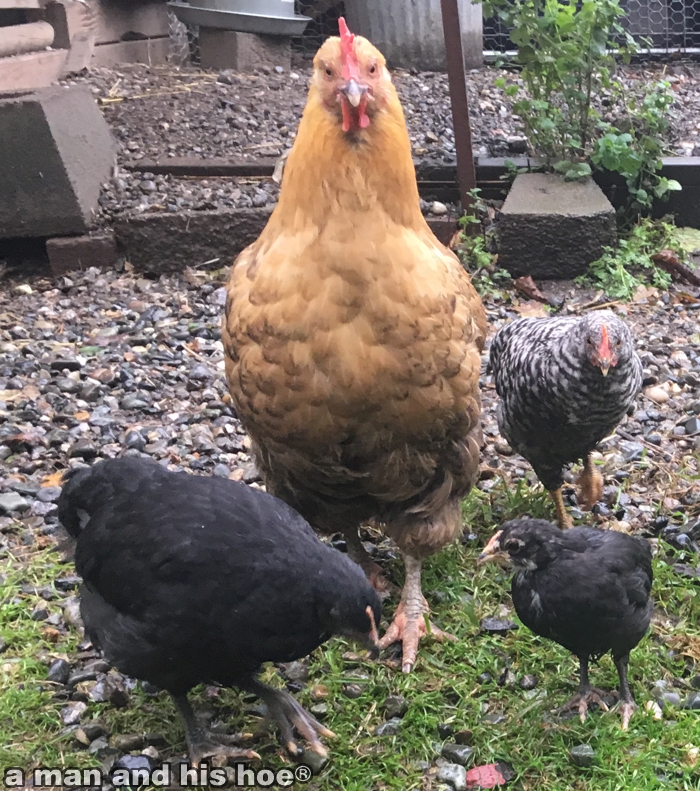 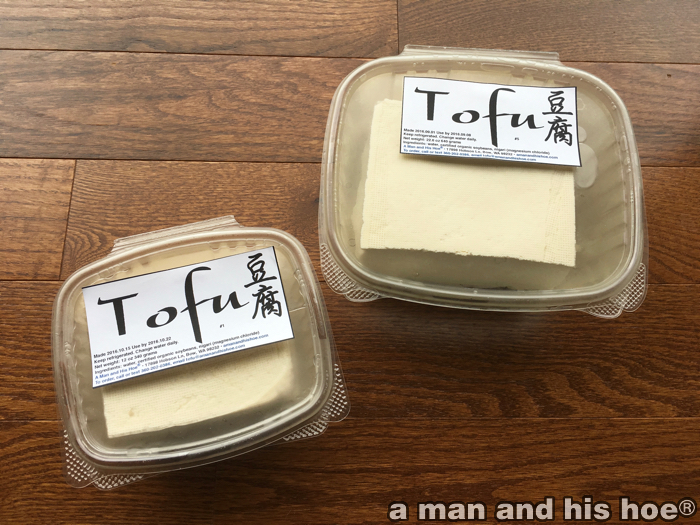 If you live nearby and you’d like fresh, homemade tofu, let me know. It is best when it is just made, still piping hot out of the press. 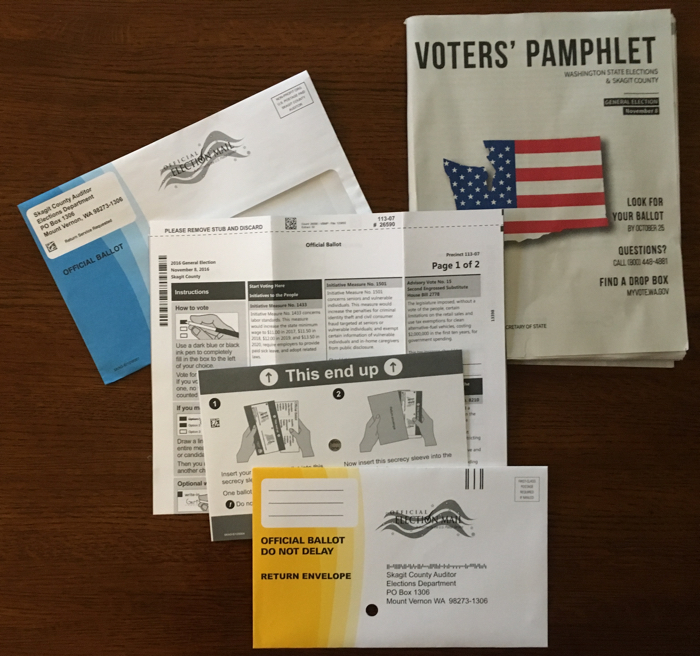 I’m prone to procrastinate, but Washington State makes it easy to vote. There are no polling stations in Washington. Everyone votes by mail. Our ballots arrived on Monday. We filled them out last night and sent them off today. It’s a relief to get that out of the way. Now if everyone would vote like I did, the world would be a much better, kinder place.