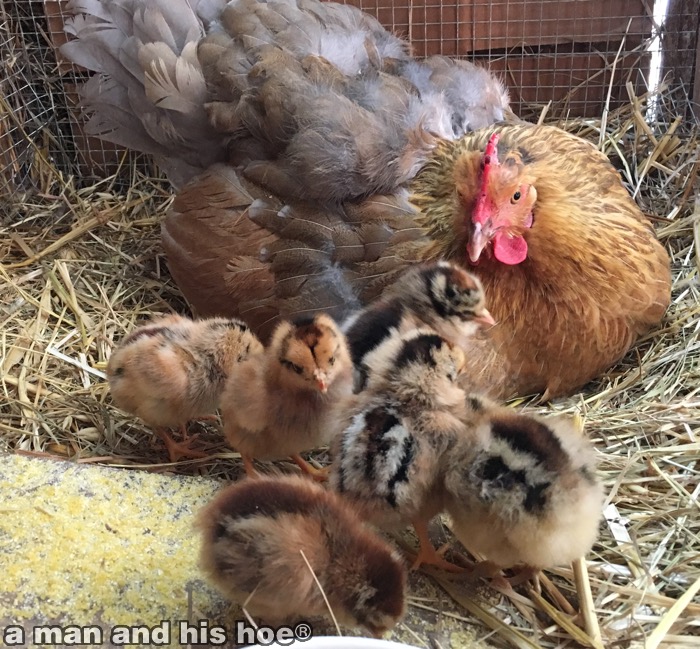 There is something new every day. Even if you think there isn’t, during the night while you slept, the sun has taken you about 7 million kilometers, over 4 million miles, from where you were when you went to bed. Every morning you wake up in a new spot in the universe, millions of miles away from where you were yesterday, and there is no going back. Or as they say, “To infinity and beyond!”

Not as dramatic, but 15 baby chicks I ordered arrived this morning. It has been many years since I’ve ordered live chicks, but I wanted to add Brown Cornish chickens to my flock and have not been able to find a reliable source for fertile Brown Cornish eggs.

Since I had two broody hens, both sitting on wooden eggs, I ordered the chicks, and this morning, as soon as they arrived, I carefully placed them under the two hens. It was a lesson again as to why every chick deserves … actually every chick craves a mother. The 15 chicks were peeping their heads off when I arrived at the post office just after 7 a.m. to pick them up. They peeped all the way home. But as soon as I placed them under their respective mothers, all peeping ceased. Later this afternoon, I found the chicks singing. When little chicks are happy, they make a singing, chirping sound which you can hear in the video below:

I’ve been checking on them throughout the day, and the two mothers have taken well to their new chicks, and the baby chicks are happy as can be. It’s a fallacy that baby chicks don’t need a mother. Oh, they’ll get by and grow up, but all that frantic peeping they do when they are tiny is them crying out for a mother who never comes. 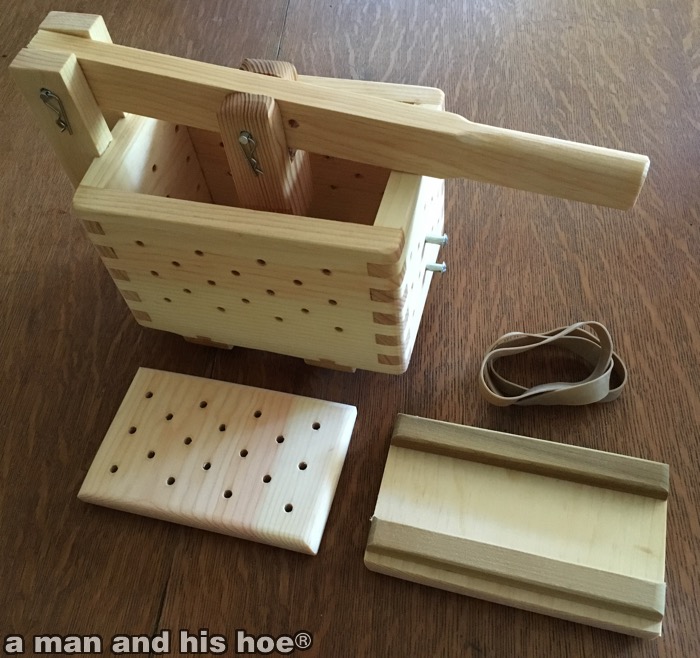 Also at the post office this morning was the new tofu press I ordered from Earth First Innovations. The sturdy press has a wooden handle and a plunger that you hold down with sturdy rubber bands to press your tofu. 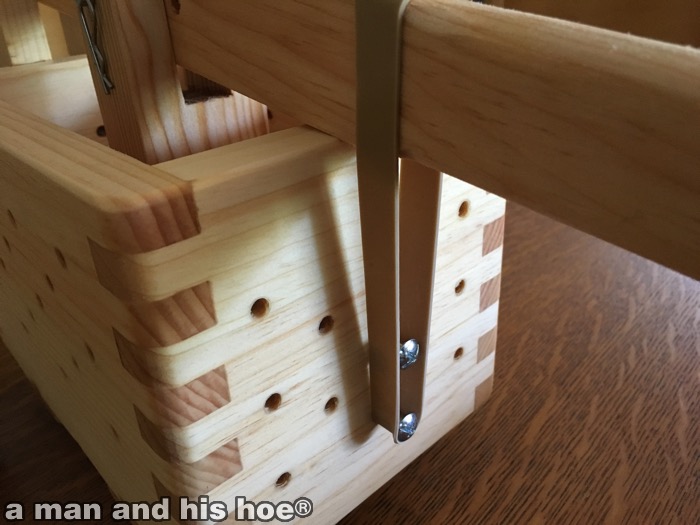 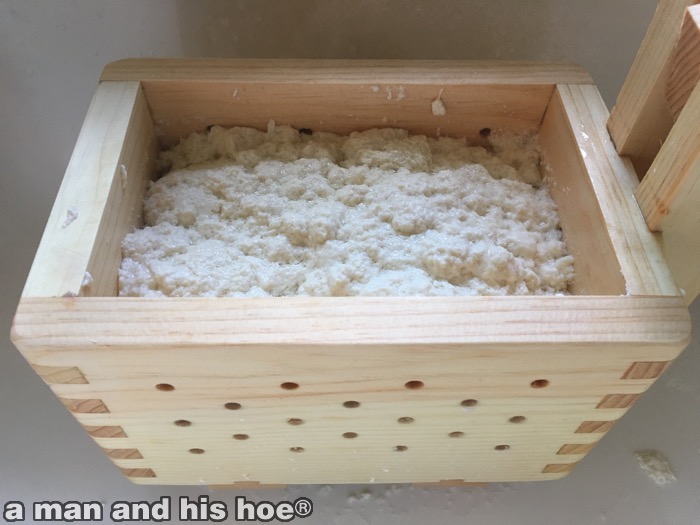 The timing was perfect. I was making tofu this morning. After filling up the press with curds, I pulled down the handle and secured it with two rubber bands. Thirty minutes later, I had a nice block of tofu. 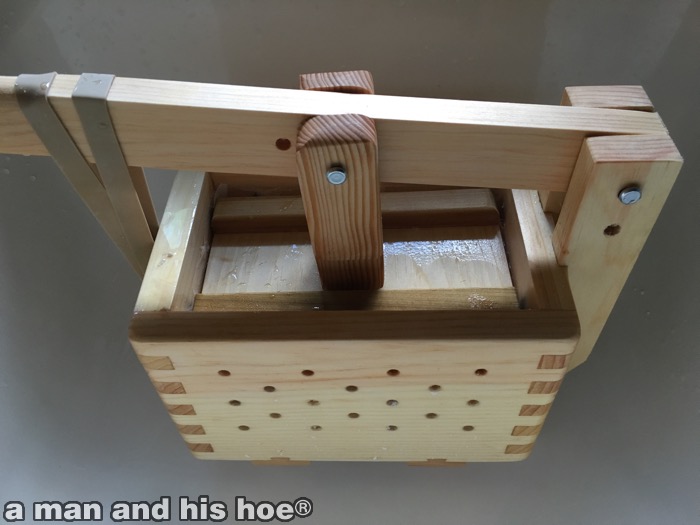 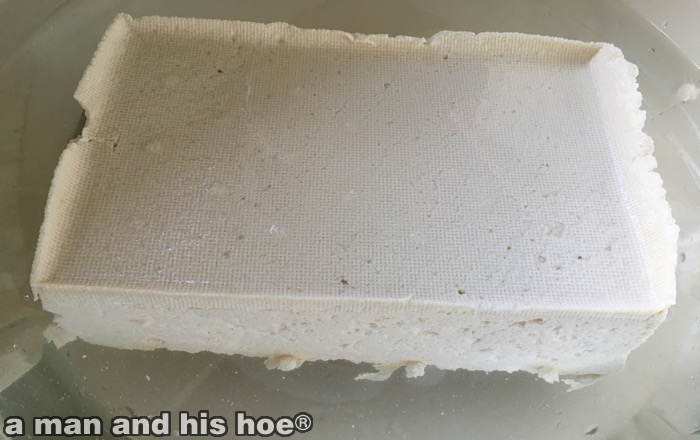 2 Replies to “Something New Every Day”