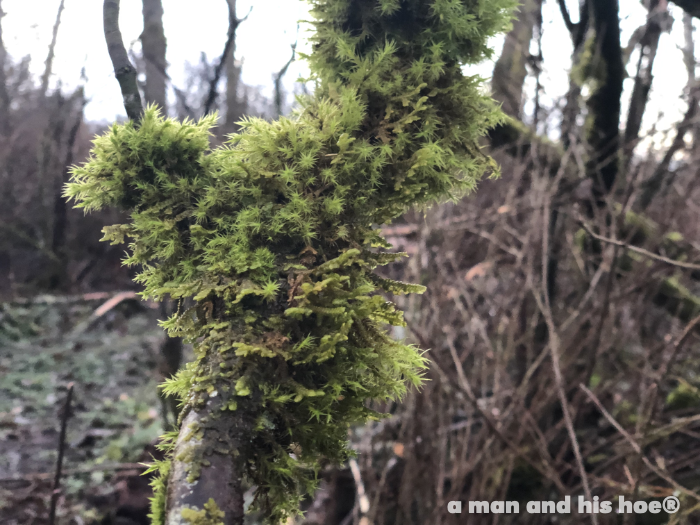 A narrow strip of land from northern California to southwestern British Columbia is the home of the only palmatum group of maples found outside of Asia, Acer circinatum – Vine Maple. How did they get here? Seeds carried on winds from Japan? Maybe a Siberian swan wintering in Japan took some seeds stuck in its feathers back to Siberia where it fell in love with a swan from the Skagit Valley, and as they preened each other, the seeds embedded in the feathers of the Skagit Valley swan who brought it here, and the seeds fell into the forest, maybe even this very forest thousands of years ago, and from here Acer circinatum spread to California and BC? Maybe I should put up a sign saying this is the very spot Acer circinatum first grew on the Pacific coastal belt of North America.

In midwinter when its leaves are gone, the long, twisting vines of this maple become airborne moss gardens. I would like to say world famous airborne moss gardens, but in a way its good that they aren’t famous, they aren’t even Skagit famous, otherwise the woods would be overrun with world tourists, arriving by the busloads, fresh off the jets, trampling through the woods to ooh and ahh and take selfies with them. 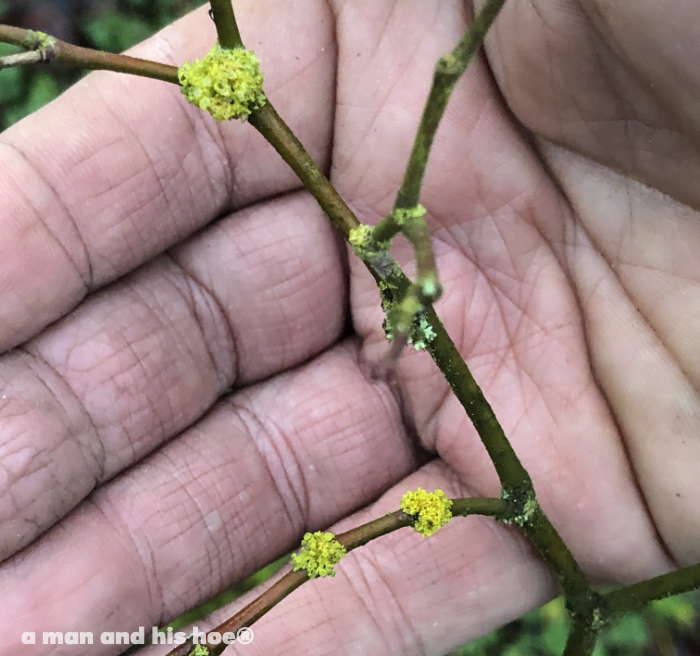 With no worry of a busload of tourists suddenly appearing, I can take my time adoring the cuteness of baby moss barely clinging to the narrowest of vine maple branches. 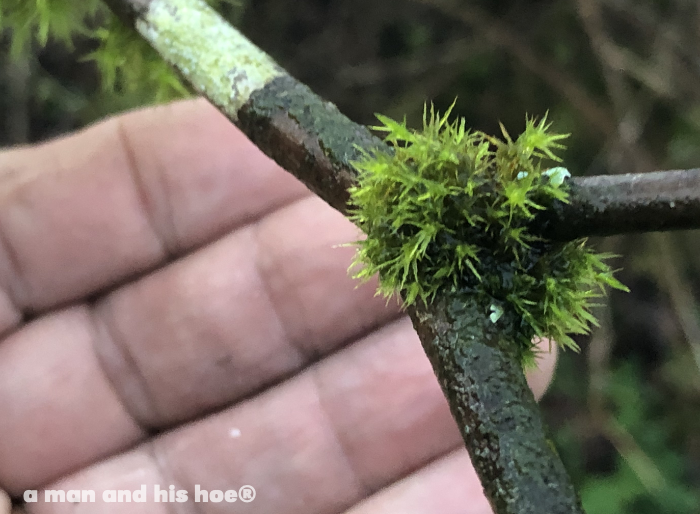 With no tourists bumping into me, I can let my mind fantasize that the moss growing on vine maples is the slowest growing moss in the world, and that just to get to the size of thumb takes a hundred years, though looking at the vine maple branch, that branch is a long ways from being a hundred years old which it would have to be if that fluff of moss was that old. 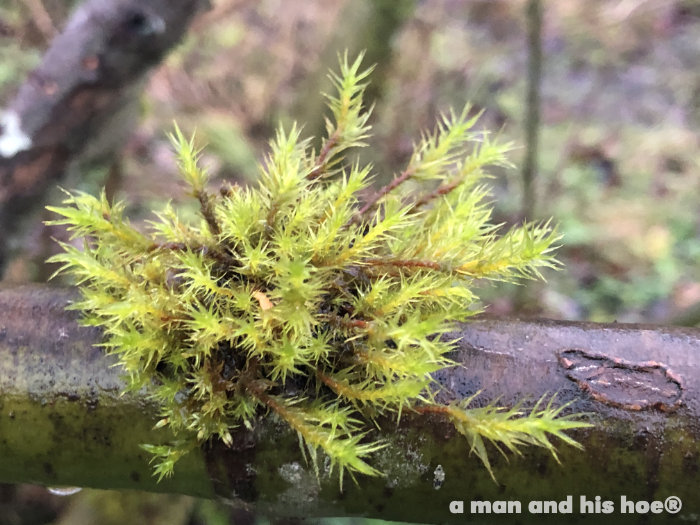 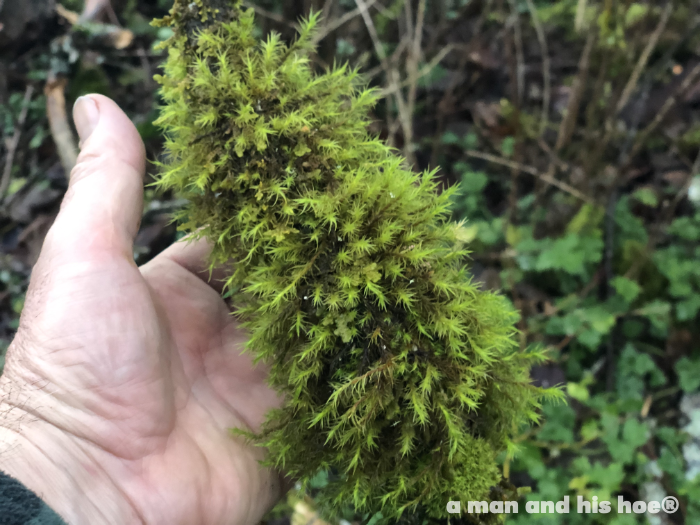 Perhaps in just a year or two, I won’t know for sure until I tag some baby moss and see how big it gets in a few years, the airborne moss gardens are lush and mini worlds of their own.