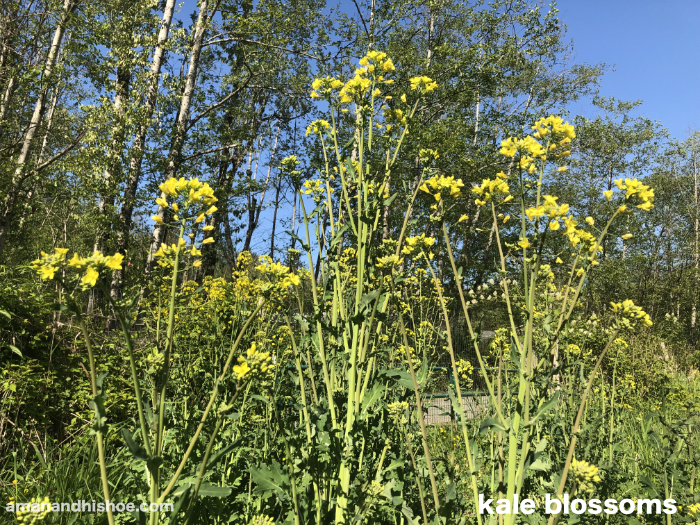 There are hints of summer in the air. The kale has gone to bloom, sending sprays of yellow flowers higher than I am. Their stalks are tender and sweet. All it takes is five seconds or so in simmering hot water to turn them into a feast. 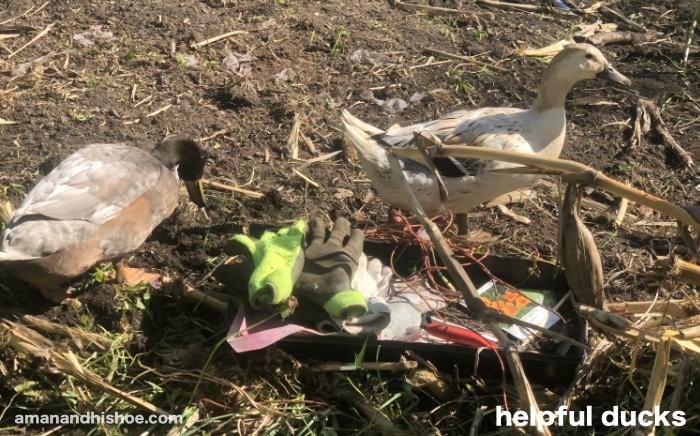 The ducks are grateful for the hours I’m spending weeding the garden beds. They waddle away, their bellies full of earthworms and bugs. What all they are eating, I don’t know. They seem to see tiny insects I can’t see. Anything that moves they gobble down. 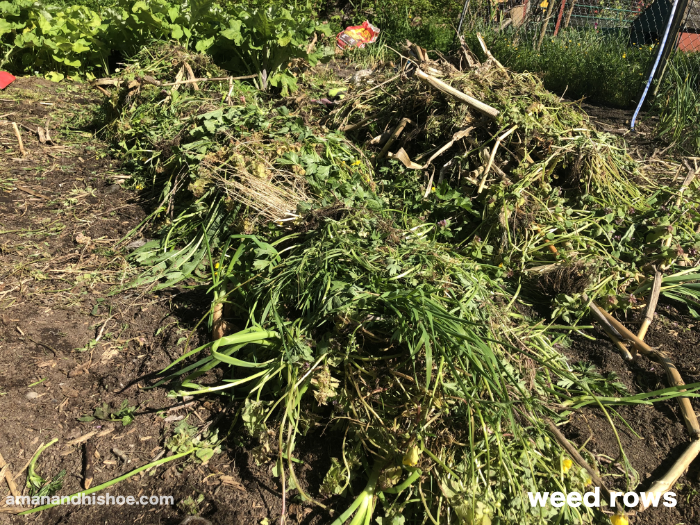 What’s left from weeding are rows of green, which will turn into soil by summer’s end. Much of it is buttercup. I was aghast yesterday when I saw an article of some plant breeder in England showing off a new variety of buttercup. People breed these things? Buttercups are hellbent on world domination. Left alone, they and the blackberries would smother all other living things.

As much as I lament buttercup, it is a wonder plant. I notice that the creatures in the soil love it. Amongst its many roots, earthworms and soil creatures thrive. On my knees, using a small, sharp hoe, it actually digs up rather easily. Have the right tool, and any job is a piece of cake. The rich biology buttercup nourishes with its roots makes for soft, fertile garden beds, so even though it takes hours of toil to rip it out of the garden beds, it does leave behind a good bed for planting vegetables. 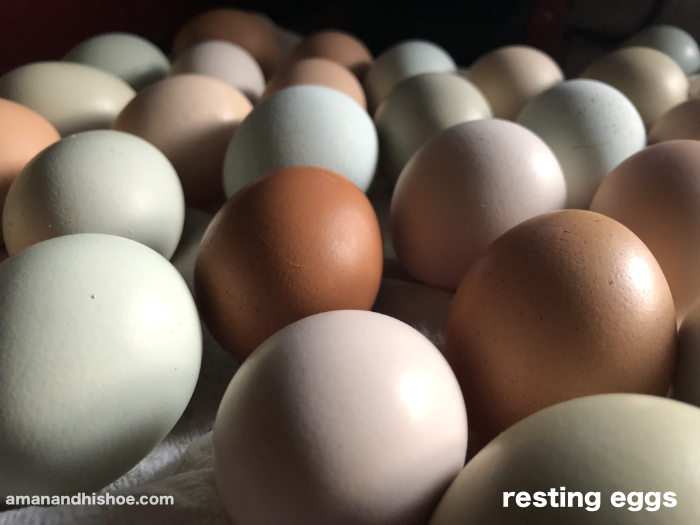