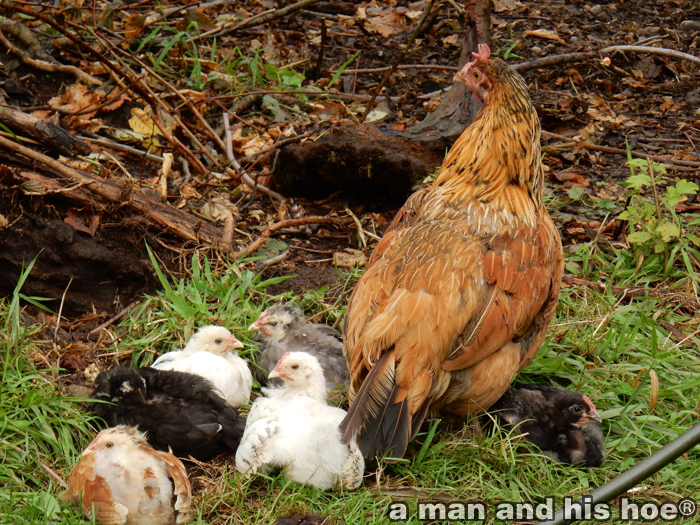 Yeah! No rain! Unlike the other day when Tangerine had to huddle her chicks out of the rain, there’s no rain, and she and her chicks can take their after lunch nap outdoors, where chickens would rather be.

It doesn’t matter how windy or cold it is, nothing beats a grassy spot outdoors for an after lunch nap. While she preens and stands guard, her chicks nap and preen, nap and preen, nap and preen. Though, lunch isn’t something chickens do. They peck and eat much of the morning. It’s more like a digestive break after an extended brunch, think of upperclass Victorian women resting after a long morning of tea, biscuits, and gossip.

This afternoon the gray chick may have napped too long. Maybe it was having one of those dreams from which you can’t wake up. It got separated from its mothers and siblings. They were deep in the woods, scratching through the brush, and it was peeping frantically, running everyplace looking for them. After twenty minutes of running around, it found them and settled down. 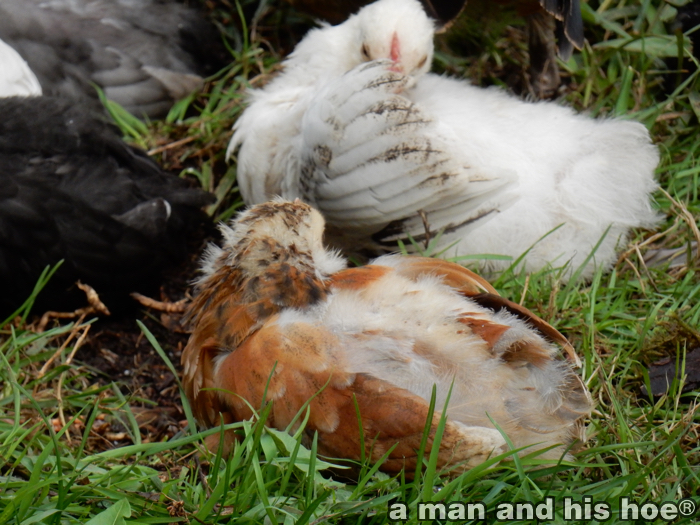 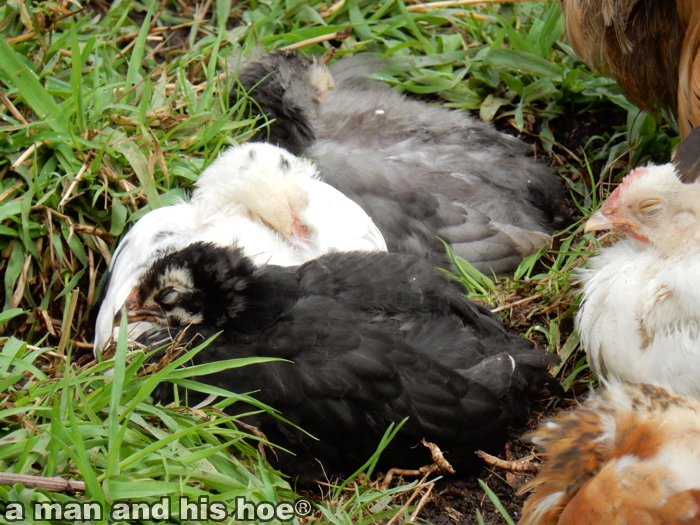 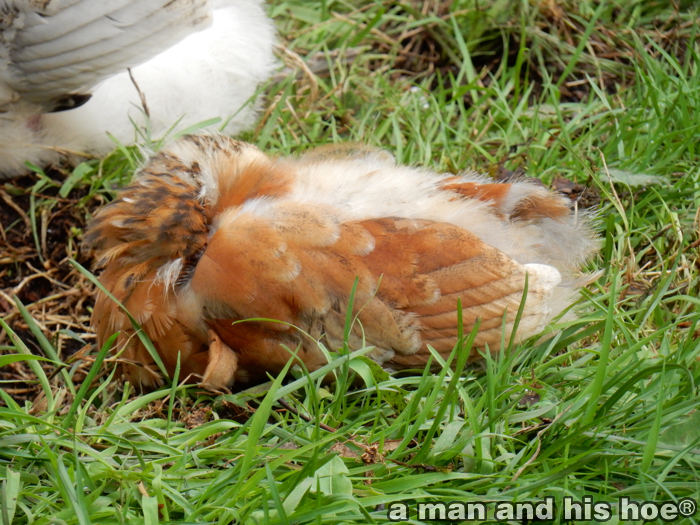