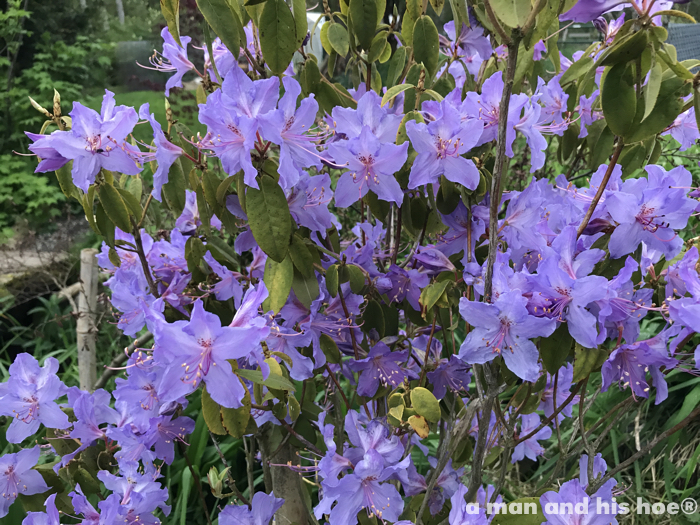 It’s the morning after Earth Day and I am lucky to be able to step out of the house and in a few steps be in the woods. I could live in the city and wake up to look out the window at a wall, and have to walk a long way to get to a little speck of green, and only have time to do so on weekends and days off from a job sitting in a cubicle far from a window with my face glued to a computer screen from dusk to dawn. Instead I get to wake up to the songs of countless birds courting. Surround yourself with green, and the birds will find you. 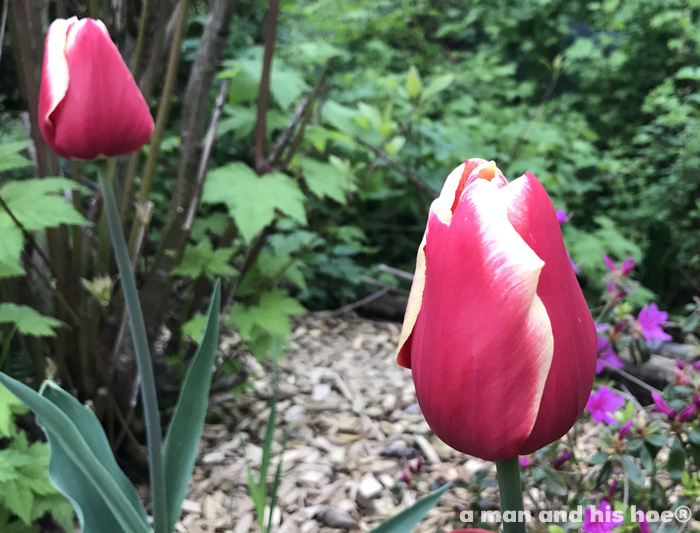 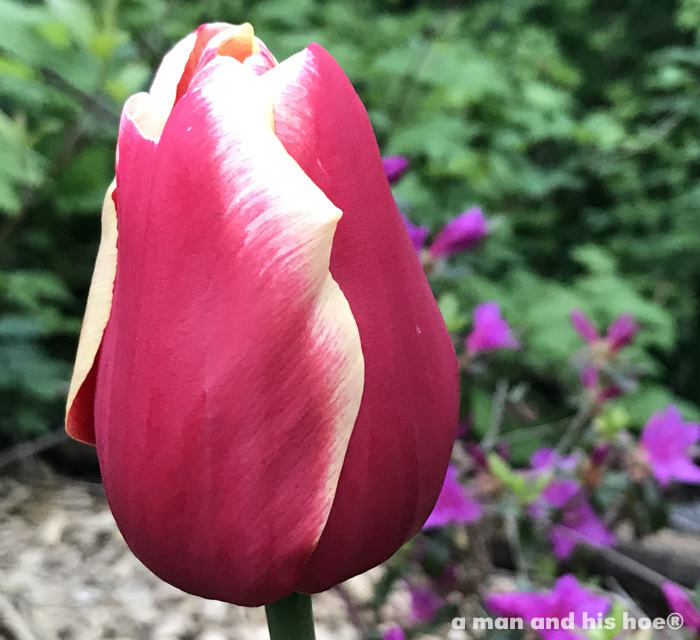 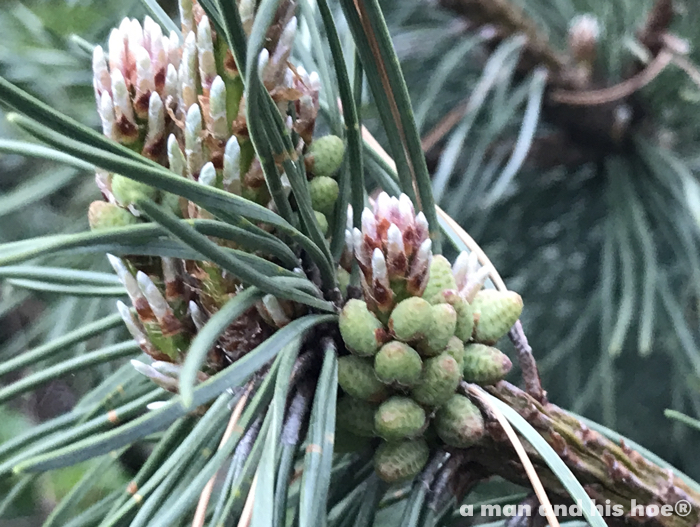 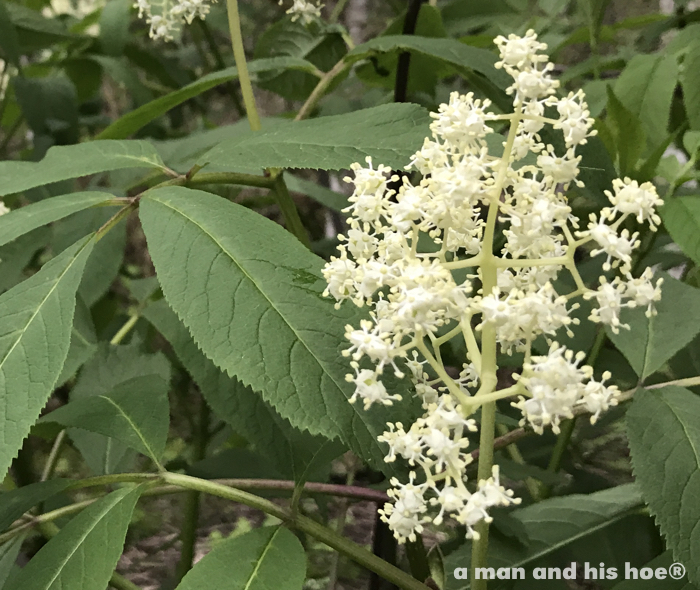 The elderberry have sent up their flower spikes. In a few months, the spikes will be ablaze with red berries which the birds will devour. In the forest, bleeding hearts are in full bloom. The variety that grows here is Dicentra formosa. Reading about it, I read that it was supposedly “discovered” by the Scottish surgeon and naturalist Archibald Menzies who was with Captain George Vancouver on his four and a half year voyage around the world. You read a statement like that and it sounds as if the people living here never noticed this jewel of a plant blooming at their footsteps. 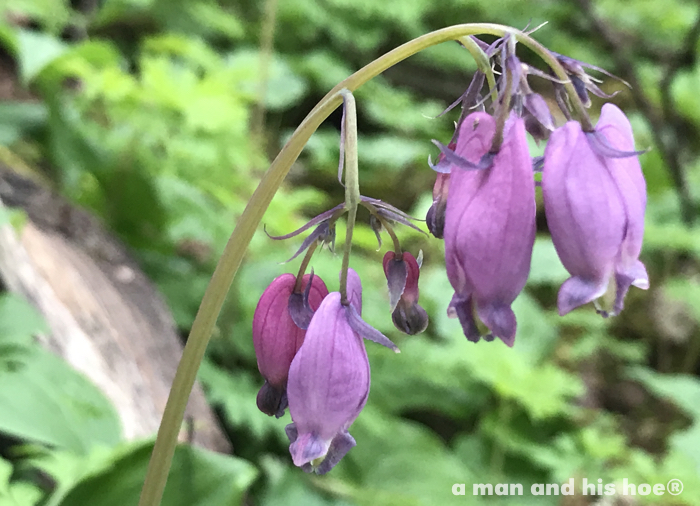 The trilliums are at the height of their bloom too. The forest floor just steps from the house is carpeted with them, so I was surprised to read that in many places it is illegal to pick them as some species are endangered. I have a fond memory of waking up in the morning while camping in the Olympic Mountains to see a fawn nibbling on trillium. Trillium have no true leaves. The three green leaves from which their flowers sprout are actually three large bracts. 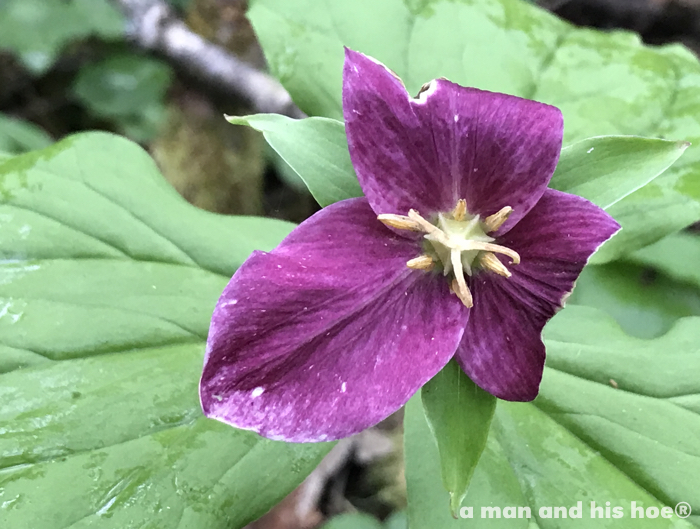 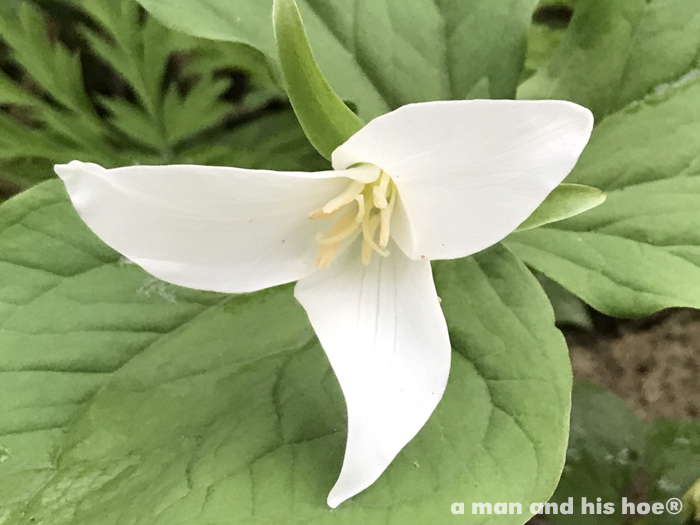 Russell and Kumo-hime 雲姫 are on their way into the forest to feast on bugs and nibble at the bleeding hearts and trillium. Freed from the constraints of the law, they can nibble at trillium without worrying about going to jail.

Months ago, I considered making a bountiful meal out of Russell. As a young rooster, he was a bit of a pest. But I saved him on account of his unusual comb. I’m glad I did. He’s turned out to be the best watch rooster of the tribe. He spots incoming hawks and eagles with a distinctive trumpet call I can hear from a long way off, giving all the other chickens the chance to scurry to safety, and letting me run to shoo the hawks and eagles away. I’ve found that clapping my hands is a very effective way at getting the hawks to fly away.